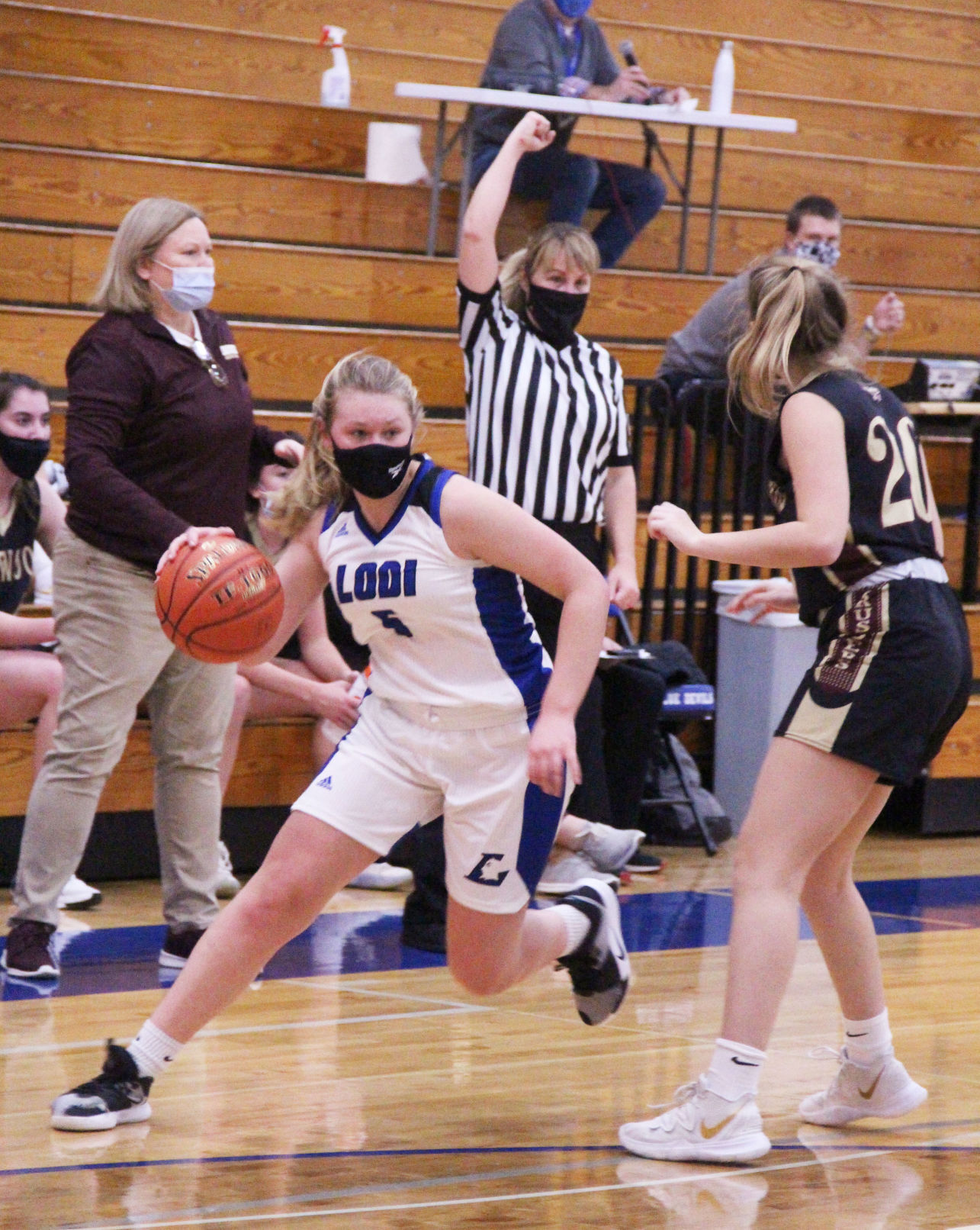 Lodi’s Dylann Harrington is fouled driving to the basket against Edgewood. 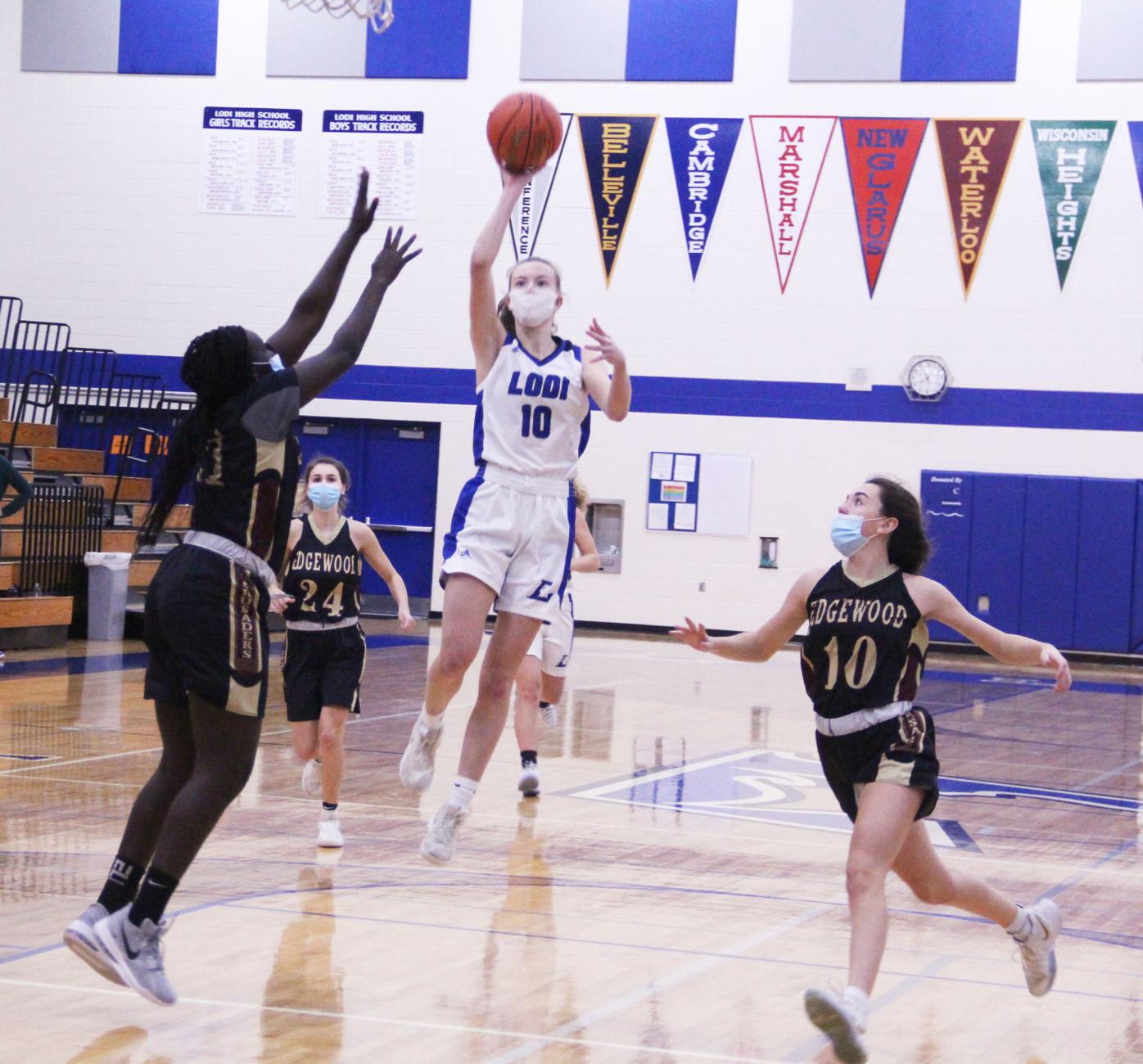 Lodi’s Lauryn Milne takes a jump shot from the top of the key in the loss to Madison Edgewood. 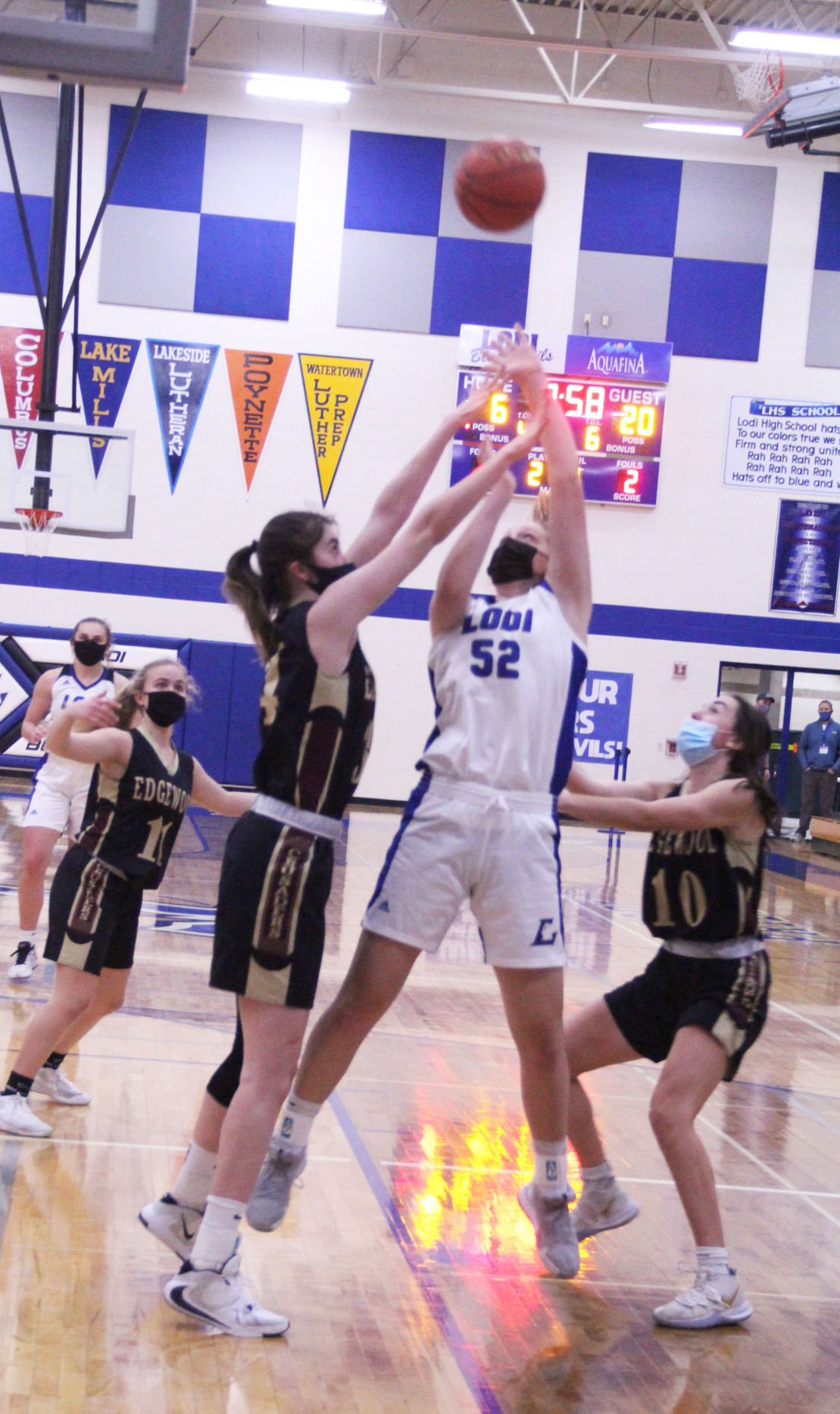 Lodi’s Dylann Harrington is fouled driving to the basket against Edgewood.

Lodi’s Lauryn Milne takes a jump shot from the top of the key in the loss to Madison Edgewood.

The Crusaders used a big first half to sprint past the Blue Devils 57-39.

“We really struggled in the first half,” Lodi coach Michelle Puls said. “We came out flat and against a team like Edgewood, you cannot afford to do this.”

The loss dropped the Lady Blue Devils to 1-4 overall.

Edgewood quickly set the pace in the game. The Lady Crusaders raced out to a 16-2 lead.

Lodi slowed Edgewood down a little bit late in the first half, but still trailed 30-10 at halftime.

Lodi took two points off the final margin after outscoring Edgewood 29-27 in the second half.

“The girls did pick it up the second half and we managed to win the second half,” Puls said. “I know we are very capable of taking that next step, but we have to believe in ourselves and come out fighting each and every game.”

Lauryn Milne and Taylor Ripp both poured in 12 points to lead Lodi in scoring. The duo combined to go 9-for-22 from the field, 4-for-5 from three-point range and 2-for-4 from the free-throw line.

Dylann Harrington finished with nine points for the Blue Devils, while Rylee Schneider and Sam Klann combined for the final six points.

The Lady Blue Devils will now take a short break until after the New Year. They will be back on the court on Jan. 5 with a 7:30 p.m. home game against River Valley.

Lodi will resume Capitol North Conference play on Jan. 7. The Blue Devils will play at Lakeside Lutheran at 7:30 p.m.