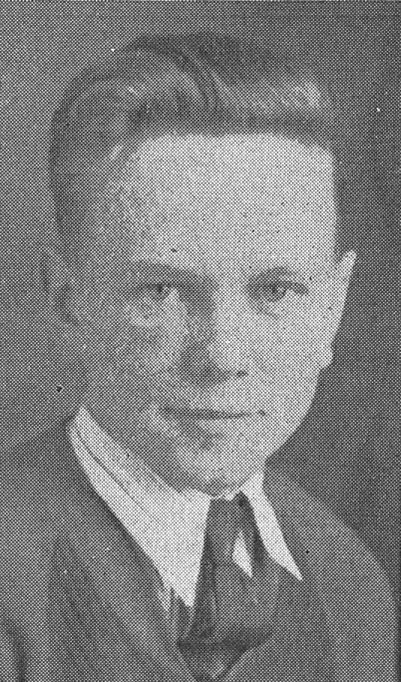 William Lochner, Lodi High School sophomore, pictured at right, died April 4, 1944, as a result of a boxing match. He was on the Lodi team, in the 124-pound class, playing in Middleton. Mid way in the second round, he received a hard blow to the left jaw and throat. He weathered it well and did his best fighting in the third round. He was apparently in good health in the dressing room after the match. He went with the rest of the team to the Log Cabin Restaurant after the match. There he complained of a pain in his jaw that “felt worse than during the match.” He then collapsed. Artificial respiration was administered by team mates. Dr. George Irwin was summoned and after Lochner did not respond to a strong heart stimulant was declared dead. An autopsy was conducted by Dr. Irwin, Dr. Wm. Focke, Poynette and the county coroner. It was reported Lochner died of cerebral hemorrhage brought on by a blow to the head sustained in the boxing match. Lodi cancelled the remainder of its boxing schedule for the 1944 season out of respect to Lochner and his family. In 1945, there were only three experienced veterans that returned. Coach Frank Mayfield stressed sound physical health during workouts and had each boy examined by his physician. Pictured above left to right: Donald Quam, Robert Lee, Albert Zimmerman, David Smith, George Buckley, Robert Kidd, Clifford Hartmann, Gerald Otto, Harland Hartmann, Gerald Karls, Clarence Buchanan, Bud Mandeville, Raymond Kelly, Richard Havlick, Royal Clark, Roger Clark, Floyd Carberry. In front kneeling is Coach Frank Mayfield. Missing from photo are Junior Thompson and Tom Buckley.