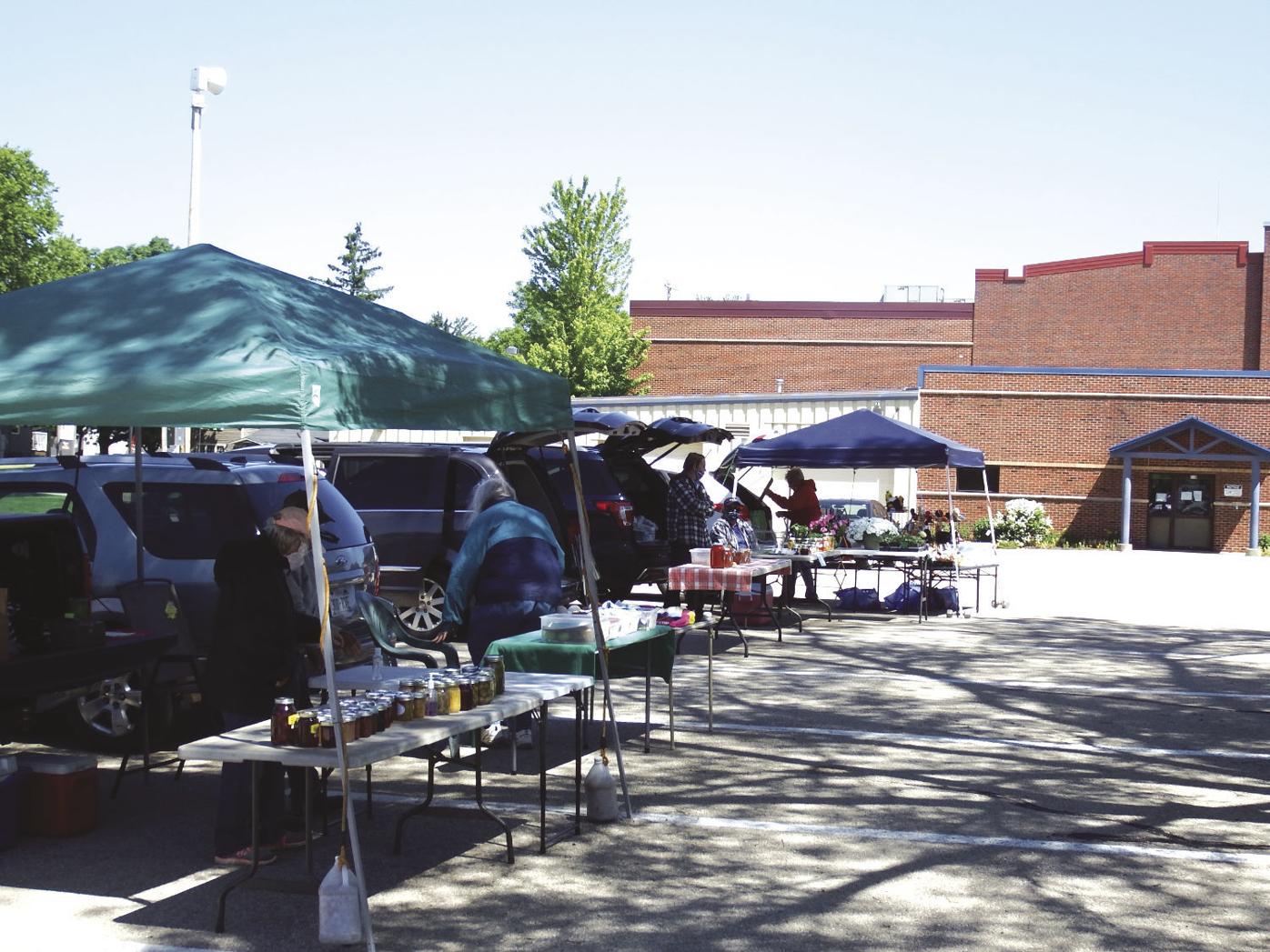 Poynette Farmers Market organizer Pat Niglis said that the 2020 season was one of the better ones in recent years. Despite the COVID-19 pandemic, shoppers came every Saturday to support the local vendors. 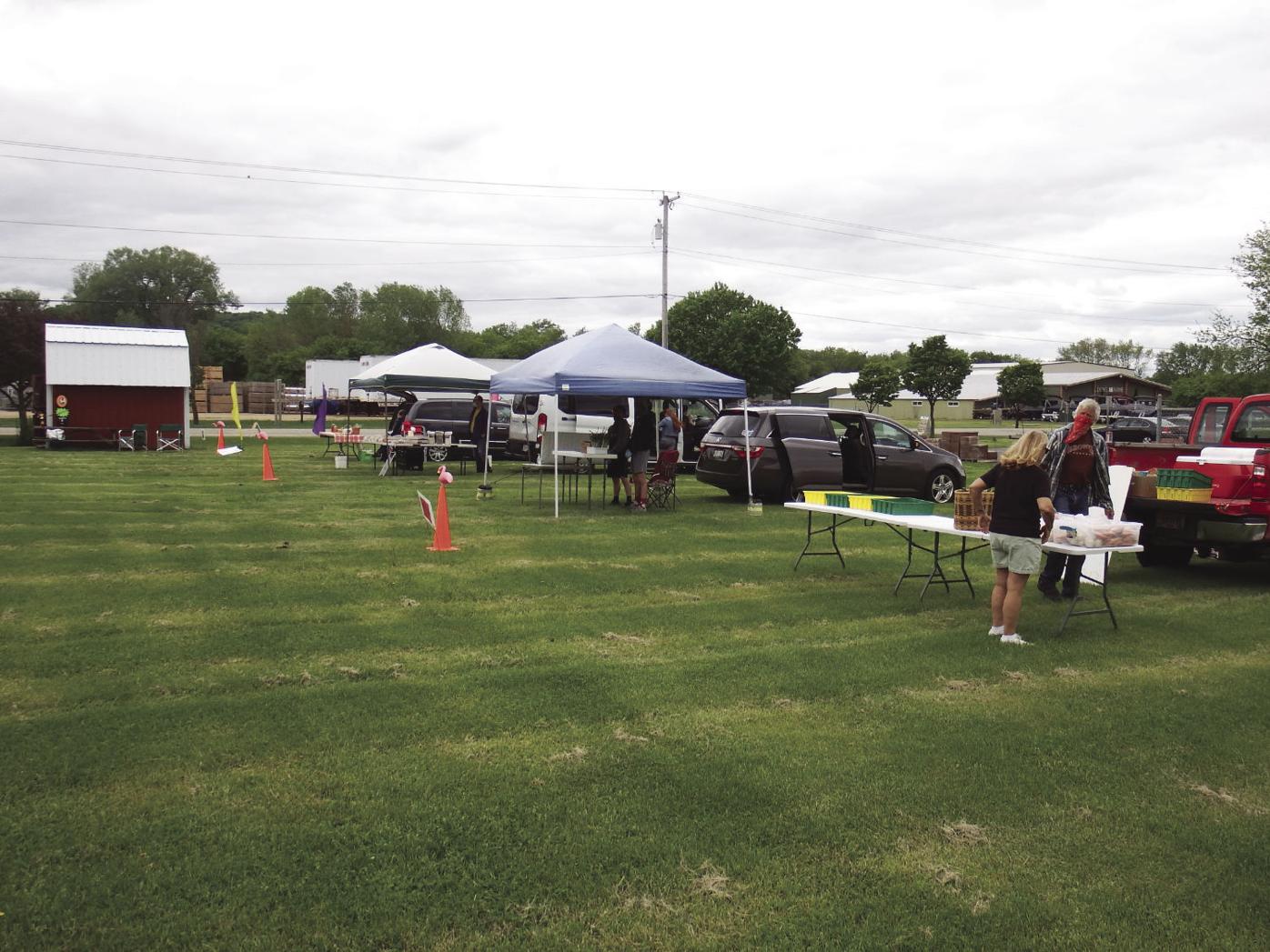 The Lodi Valley Farmers Market was well attended this year, according to organizer Gail Lamberty. Every one was appreciative of all the COVID-19 safety protocols that were put in place.

Poynette Farmers Market organizer Pat Niglis said that the 2020 season was one of the better ones in recent years. Despite the COVID-19 pandemic, shoppers came every Saturday to support the local vendors.

The Lodi Valley Farmers Market was well attended this year, according to organizer Gail Lamberty. Every one was appreciative of all the COVID-19 safety protocols that were put in place.

The area farmer’s markets began the season in May with a lot of questions.

Despite the COVID-19 pandemic, the organizers in Lodi and Poynette put forth safety protocols and found the 2020 season to be successful.

Poynette market organizer Pat Niglis called the past season “the best it had been in quite a few years.”

However, in Lodi, some vendors had to be turned away after following certain guidelines. The market enforced Wisconsin DTCP guidelines, which prohibited craft vendors from selling at the market. Also under those guidelines, the Lodi market did not allow for food consumption on site, with no immediate gatherings, social distancing, hand sanitizing was made available on site and all vendors wore masks.

Lodi Valley market organizer Gail Lamberty said that not all markets in the state or area followed the same guidelines.

Poynette did have a few craft vendors, but all followed certain safety protocols as all vendors wore masks, as did a vast majority of shoppers.

Niglis said that there weren’t many vendors at the beginning of the year, but during one weekend, she had 22 vendors — the most she has seen in a while. She added that the most vendors that the market saw in 2020 were from the months of June through September. The market opened in May and ran from 8-11 a.m every Saturday.

Niglis added that most days followed the same pattern as the overall season. The early hour was slow with shoppers, but picked up and had steady traffic from 9-10:30 a.m. each week.

Those who showed up to the Lodi market followed the rules put forth, and there were no issues, Lamberty said of the market that ran Fridays from 2-6 p.m.

“The community responded in kind with beyond wonderful cooperation and many made the comment that the strict enforcement was appreciated,” she said.

Lamberty said that even Mayor Ann Groves Lloyd stopped by to commend the market for how it was handling the COVID-19 situation.

While the Lodi market had much of a different look to it than in year’s past, shoppers and vendors found ways to make it work. Lamberty said that most shoppers remained faithful to the vendors. They had no problem waiting in line — six feet apart from the person in front of them — and not touching or sampling any products like other years. She said that the Lodi shoppers appreciated the hard work of the vendors “more than ever” this year, as the market restrictions required a little more work on their part.

“Remember, before that truck pulls into Lodi at 2 p.m. on Friday afternoons, the vendor has nurtured the product to grow, fought the bugs and the weather, harvested the freshest and the best, cleaned and bagged it just for (the customer),” Lamberty said. “Think about the hours invested to get those fresh local products ready to sell.”

Lamberty pointed out that one of the great things about the Lodi market is its location — making it accessible for both the shoppers and vendors. She thanked Dave and Polly for allowing the market to operate in the open field next to Koltes Lumber for all these years.

“Vendors can drive right in, drop the tail gate, and sell from the back of the truck without hauling produce across a parking lot,” Lamberty said. “Shoppers have the convenience of a very short walk across the grass to the vendor tables.”

Lamberty added that she did have vendors and regular customers stay away from the market in 2020 for various reasons. She said a number of vendors from previous years elected not to return this past summer specifically because of the pandemic.

“However, those who returned were rewarded with faithful shoppers,” Lamberty said.

Lamberty even had regular customers contact her, saying that they would not attend the market all at during the year. It wasn’t that they disliked anything the market was doing, but rather that COVID-19 left them feeling vulnerable — as they may have been in the higher-risk category — and they did not want to take any of those risks by attending any given week.

All market organizers are surely hoping that the 2020 season is an anomaly, and things can get back close to how they were in previous years.

Niglis said that a few changes are coming to Poynette for next year, and possibly beyond, as she would like to do more advertising around the community, letting residents and passersby know when and where the market is. Also, she plans on having all the managers of the market wear T-shirts stating who they are so shoppers and vendors can easily pick them out of the crowd.

In Lodi and Poynette — smaller communities — the economic challenges have often been magnified throughout the pandemic, so the communities come out and support each other. The vendors sell local products and the customers support those local farmers and businesses.

“As one faithful shopper said, ‘This market is the best thing Lodi has going on Friday afternoons,’” Lamberty said of the Lodi Valley market.