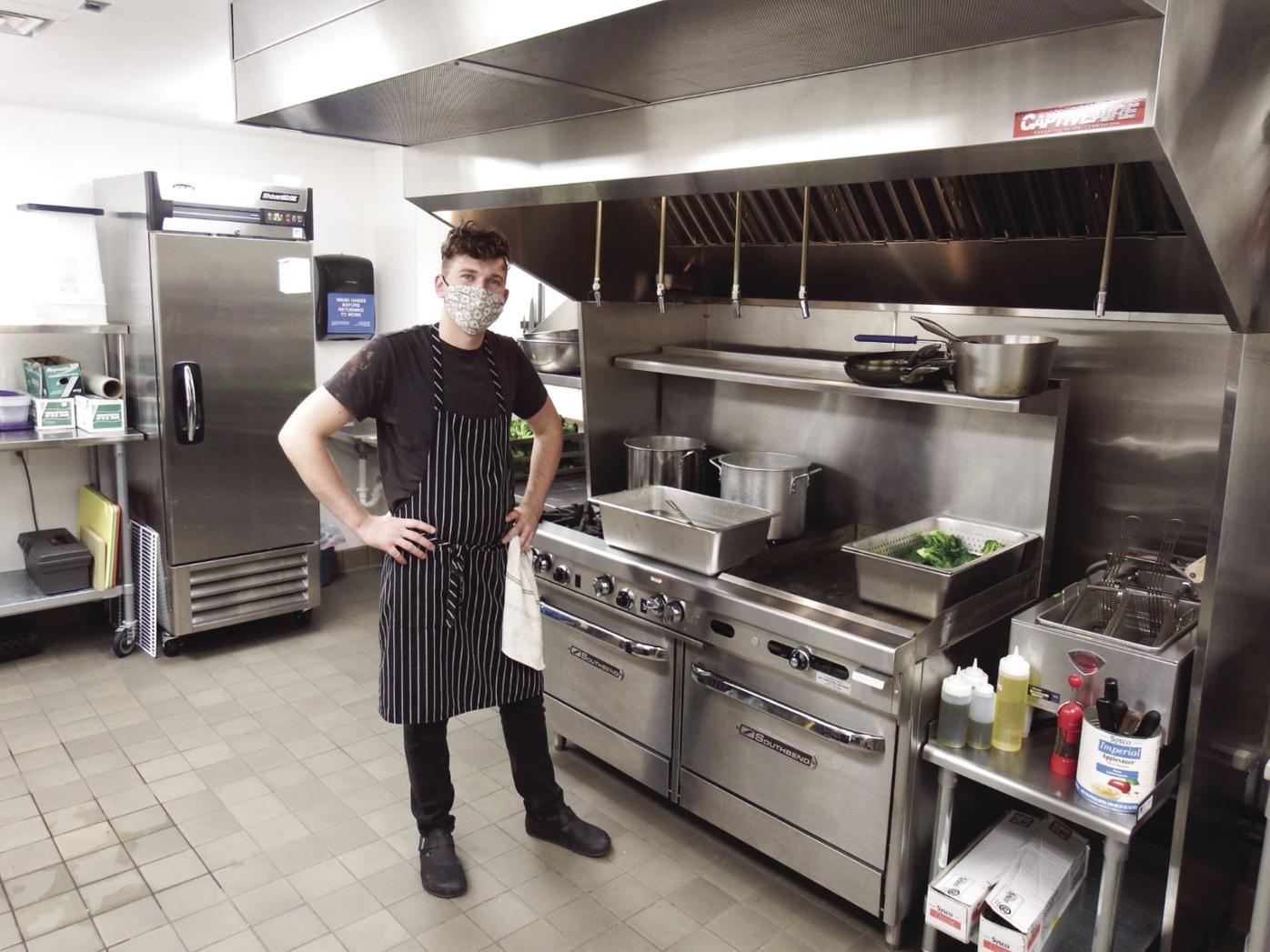 Lodi native and Michelin star Chef Grayson Altenberg has returned home since the COVID-19 pandemic hit. Altenberg has worked in restaurants in California and New York, but is now providing five-course meals to the community, which are available through online order and pick up at Reach Out Lodi. All proceeds will benefit Reach Out Lodi. 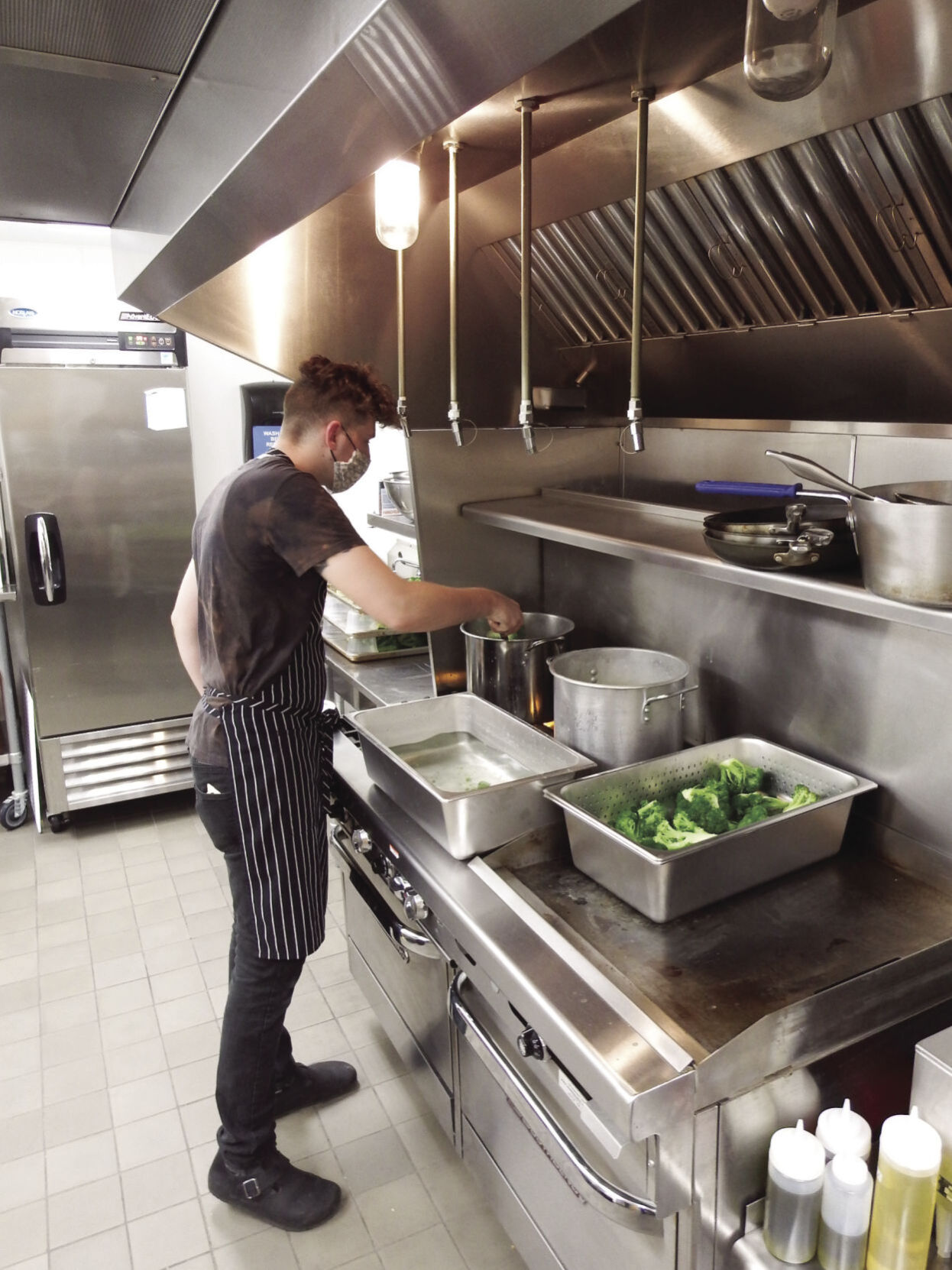 Lodi native and Michelin star Chef Grayson Altenberg returned home when the COVID-19 pandemic hit. Altenberg has worked in restaurants in California and New York, but is now providing meals to the community. They are available through online order and pick up at Reach Out Lodi. All proceeds will benefit Reach Out Lodi.

Lodi native and Michelin star Chef Grayson Altenberg has returned home since the COVID-19 pandemic hit. Altenberg has worked in restaurants in California and New York, but is now providing five-course meals to the community, which are available through online order and pick up at Reach Out Lodi. All proceeds will benefit Reach Out Lodi.

Lodi native and Michelin star Chef Grayson Altenberg returned home when the COVID-19 pandemic hit. Altenberg has worked in restaurants in California and New York, but is now providing meals to the community. They are available through online order and pick up at Reach Out Lodi. All proceeds will benefit Reach Out Lodi.

The COVID-19 pandemic has affected everyone in a different way.

For Lodi native and Michelin star Chef Grayson Altenberg, it meant the unfortunate closing of a restaurant he was working at with his wife in New York City.

“The restaurants just couldn’t survive the initial COVID loss in February, so in March, we had to consider other options,” Altenberg said.

He, along with his wife Maria, and young child, made the decision to move to Lodi to be closer to his family. Grayson was the Executive Chef at Restaurant Ukiyo, while Maria was Head Chef. Both had been working at Ukiyo for just a few months before the pandemic hit.

Altenberg, a 2011 Lodi High School graduate, is making the change into a positive for the rest of the community, and serving five-course meals for purchase out of Reach Out Lodi. For the first three weeks of November, Altenberg has put together three separate menus in what is called Grateful Gourmet To Go.

He has spent time on both coasts, as well as Europe, learning all he can about the culinary arts in different worldly aspects, and working at Michelin-star rated restaurants.

Altenberg says that he doesn’t have a favorite type, or region, of cuisine.

“I kind of go through phases. There’s so much to explore,” he said.

Teaming up with ROL was an easy decision to make. He said when his family initially came back to Lodi, it was ROL who helped him at times to make it through the difficult circumstances.

“I’ve been around the world, and then come back here, and the community was ready to accept me and my family back,” Grayson said. “Reach Out Lodi has been that help and support through these tough times. They’ve helped people like myself and others with uncertain futures.”

Also, all the money raised through the meal orders is going right back to Reach Out Lodi, because Altenberg knows the importance of ROL’s mission during the current situation.

“It’s important for anyone to share and give back,” Grayson said.

All meals have been available for $50 and each order serves two people. For the first week, Grayson served Ribollita soup (cabbage, onion, bean and tomato), Focaccia bread with olive oil, salt and pepper, and opulent broccoli with garlic, lemon and pepper vinaigrette. The main dish was lasagna, with Italian Panna Cotta parfait for dessert.

For his lasagna dish, Altenberg made hand-made pasta and a classic marinara sauce.

“It has to be familiar or people might not want to eat it,” he said of the menu choices. “People are familiar enough with it, but I can then expand their boundaries just enough.”

He followed that up Tuscano soup and a baguette with roasted squash with butter, molasses and fall spices. The main course was chicken cannelloni with mozarella, spinach, rocitta and marinara, with a brownie for dessert.

Finally, for pick-up from Friday, Nov. 20 through Sunday, Nov. 22, Altenberg is making mushroom soup, polenta with provolone and carrots with thyme, lemon, garlic and spices. The main course is porchetta — roasted pork with garlic and rosemary, and dessert is a chocolate chip cookie. Orders can be made before and on Monday, Nov. 16, as Altenberg prepares all meals on Tuesdays-Thursdays, with pickup from Friday-Sunday.

The Interact Club from LHS will also help distribute meals via drive-through pick up by reservation.

To culminate the month of delicious meals, Altenberg is also creating a Thanksgiving feast. He is making meals that serve four people for $100 or a meal that serves eight for $175.

Altenberg said the price is comparable to that of buying all the fixings for a traditional Thanksgiving dinner at home for the same number of people. But his option also eliminates the fuss of doing all those the dishes, he joked.

In the meal for four, included is a pint of sweet potato mash soup, one 6-by-8-inch pan of gourmet stuffing, a pint of blanched green beans with almonds, bacon and honey butter, turkey roulade from a 6-pound turkey, a pint of cranberry mustarda and an apple pie. In the meal for eight, the difference is you get a quart of the sweet potato mash soup, two pans of stuffing, 12-14 pounds of turkey and a quart of the green beans. Orders need to be placed by Sunday, Nov. 22 and schedule a pick-up time from 11 a.m. to 6 p.m. on Thanksgiving Day, Nov. 26.

Food from various individuals and businesses has been donated to Reach Out Lodi for Altenberg to use. He said his goal was to raise $10,000 throughout the month of making Gourmet Meals To Go.

To place an order for the third week’s meal, or Thanksgiving feast, go to www.reachoutlodi.org.

After graduating from LHS, Grayson moved to Madison and eventually found a job at L’Etoile, a french restaurant on Capitol Square. He was willing to do anything within the culinary field and worked under the tutelage of Chef Itaru Nagano.

Altenberg did not have the traditional culinary learning experiences to start and did not receive any formal training. He attended MATC and majored in liberal arts for awhile because he said, “at the age I was at, it (college) was the thing to do.”

It was during his time at MATC that he developed a love for cooking. He said that he was “tired of making pizzas and Mac and Cheese.” Altenberg took some culinary classes at MATC, while working at L’Etoile, and also thought about culinary school. Nagano, however, told Altenberg to save his money and that he would teach Altenberg all that he knew. Altenberg dropped out of college to focus on his time with Nagano.

Altenberg worked at L’Etoile for about two years.

It was Nagano who told Altenberg that he could get him an “in” with any restaurant in NYC and could set up an interview. In the middle of 2015, Altenberg began working at Lincoln Ristorante in New York — his first of two stints in the city. He spent two years there and then found his way to the west coast via a grant to The French Laundry, a restaurant within California’s Napa Valley.

Altenberg said initially he was at a disadvantage when he began in the culinary world because he dropped out of school and did not have any training in a traditional culinary school setting, but he overcame all of it to find his way out west.

It was there that Altenberg worked with well-renowned Chef Thomas Keller. According to Altenberg, Keller’s restaurant was the highest Michelin-rated on either of the U.S. coasts. It was there that he also met Maria. Altenberg said that working at The French Laundry was a “résumé builder” and whenever he chose to leave, could walk into any restaurant and get a job.

After about a year in Napa Valley, Altenberg worked in a Los Angeles restaurant as Sous Chef for a little less than a year.

In late 2018, Grayson and Maria went to travel abroad in Europe. Grayson saw it as “a right of passage” for any chef. While in Europe, the couple toured and tasted foods in Italy, Slovenia and Germany.

While back in the place where he grew up, Altenberg has work, but not fully in the culinary field where his passion lies.

He said he even reached back out to Nagano, who is now the Chef and Owner of Fairchild Restaurant in Madison for any leads, but noted that “no one is hiring” and that “a lot of restaurants there are still struggling.” Nagano just could not find a right fit for Altenberg.

In the time back in Wisconsin, Altenberg has started his own catering business — La Addenda — as well as working his other job. He held outdoor events during the summer at Rock N Wool Winery in Poynette, serving many of Wisconsin’s favorite foods. Once the colder weather began, Altenberg said the catering has been put on hold.

He got connected with Reach Out Lodi through his mother, Carol Hermann, as she is a member of the Rotary Club. What he is doing at ROL is just another way for Altenberg to hone his craft and continue his passion.