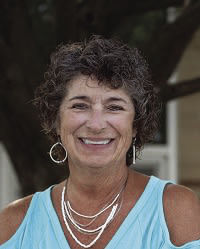 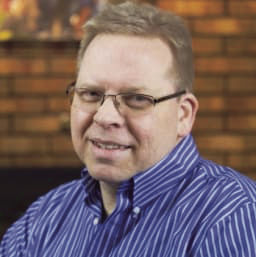 Lodi School District Administrator Vince Breunig recognized Board members Steven Ricks and Shelly Pare, who attended their final meetings as Board members on April 12 — both chose not to run for re-election in the recent election.

Ricks and Pare spent the same amount of time on the school board — both winning seats after the April 2015 election — and spent six years in their positions (two terms).

Breunig presented each with a certificate from the Wisconsin Association of School Boards and a plaque that read, “the School District of Lodi and it’s Board of Education acknowledges (Shelly Pare/Steven Ricks) with grateful appreciation for your dedicated service to students, staff and the community from 2015-2021.”

Each then said a few words to Breunig and their fellow members.

“I really, really enjoyed being on the Board,” Pare said. “It was better than I thought it was going to be. I didn’t know. I’m not used to being in meetings, I’m used to doing things, physically, dancing and choreography, so being in meetings was very different for me. I got to work with fabulous people — that was probably the best part of it. Even in this last year of meetings, we still got a lot accomplished and worked really well together. The one thing I always said is that we never had a meeting where we didn’t laugh about something, and if you can do that, you can conquer anything.”

Ricks said he made his decision not to run for re-election even before the COIVD-19 pandemic hit, adding the situation helped solidify his decision, even though the pandemic almost encouraged him to stay because of all the different opinions heard.

“I’ve done a lot of things in the community between the fire department, church councils and LCAT, but the School Board has been one of the most fulfilling jobs I’ve had in this community,” Ricks said. “I feel that we really have an impact, that we’re really able to make a change and a difference, and I’ll be sad to let that go. … I love the fact that we all come from different backgrounds, that we all have different opinions, and yet we can sit in this meeting and have honest discussions. And at the end of it, if one of us votes “no,” the others ask if they are OK with the decision. I think that’s great. And the fact that we all go out and support that decision afterward is even better. I have high hopes for the Board, I think we’re leaving it in good shape.”

Loken, Ranney and others resigning from positions in June

Director of Student Services Tiffany Loken will be leaving the district at the end of the academic year — June 30. According to Breunig, Loken will be taking a bigger role in a neighboring district.

“It’s sad for us, but I’m thrilled for her,” Breunig said.

School Board President H. Adam Steinberg took time to recognize her during his report at the end of the meeting.

“On behalf of the Board of Education, I would like to take a moment to personally thank Tiffany Loken for her service to our school district,” Steinberg read from a prepared statement. “Thank you for the innovation and vision you have brought to our district these last 14 years. You are caring and compassionate, forward thinking, and deeply and directly involved in not only initiating many of the programs and services we see throughout our district, but also providing the underlying support structure for all of those programs and services to be successful. You have always kept us ahead of the curve. … We will deeply miss you.”

Lucinda Ranney will also be stepping down as LMS Life Skills Teacher. Steinberg also thanked her in his report.

“I would also like to thank Lucinda Ranney for 26 years of teaching our students ‘life skills’ at the middle school level. Lucinda has also initiated, supported, and been involved with so many of the programs that show our students that they are cherished, regular people, who are also unique and special in their own way. She has made so many of our students, who were at an awkward period of their life, understand that they are a very important part of our district and community,” Steinberg said.

Also as part of the approve resignations, Matthew Horan will be stepping down as Math and STEAM teacher at LHS, as is Michelle Edwards-Monien as head of World Language Department.