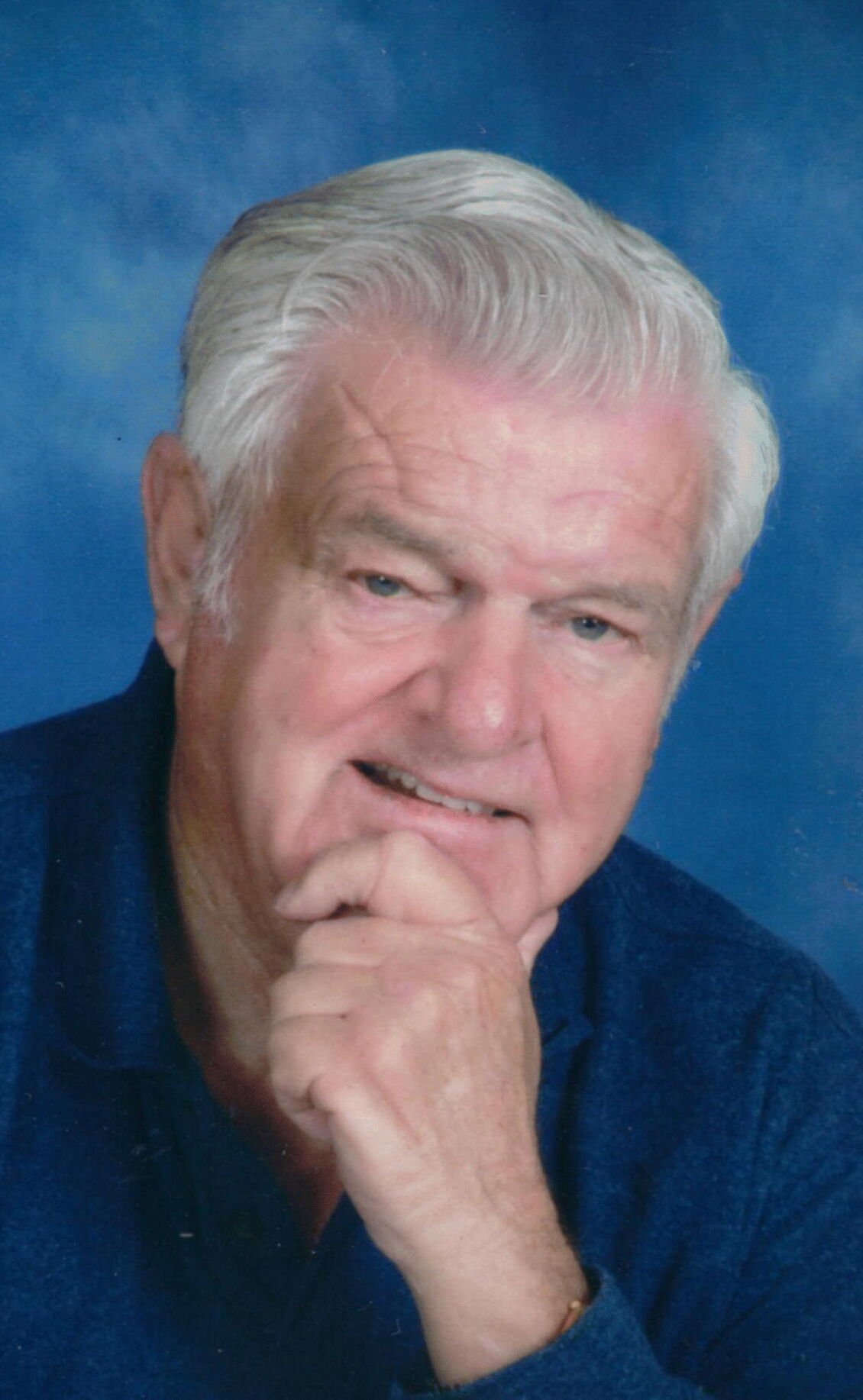 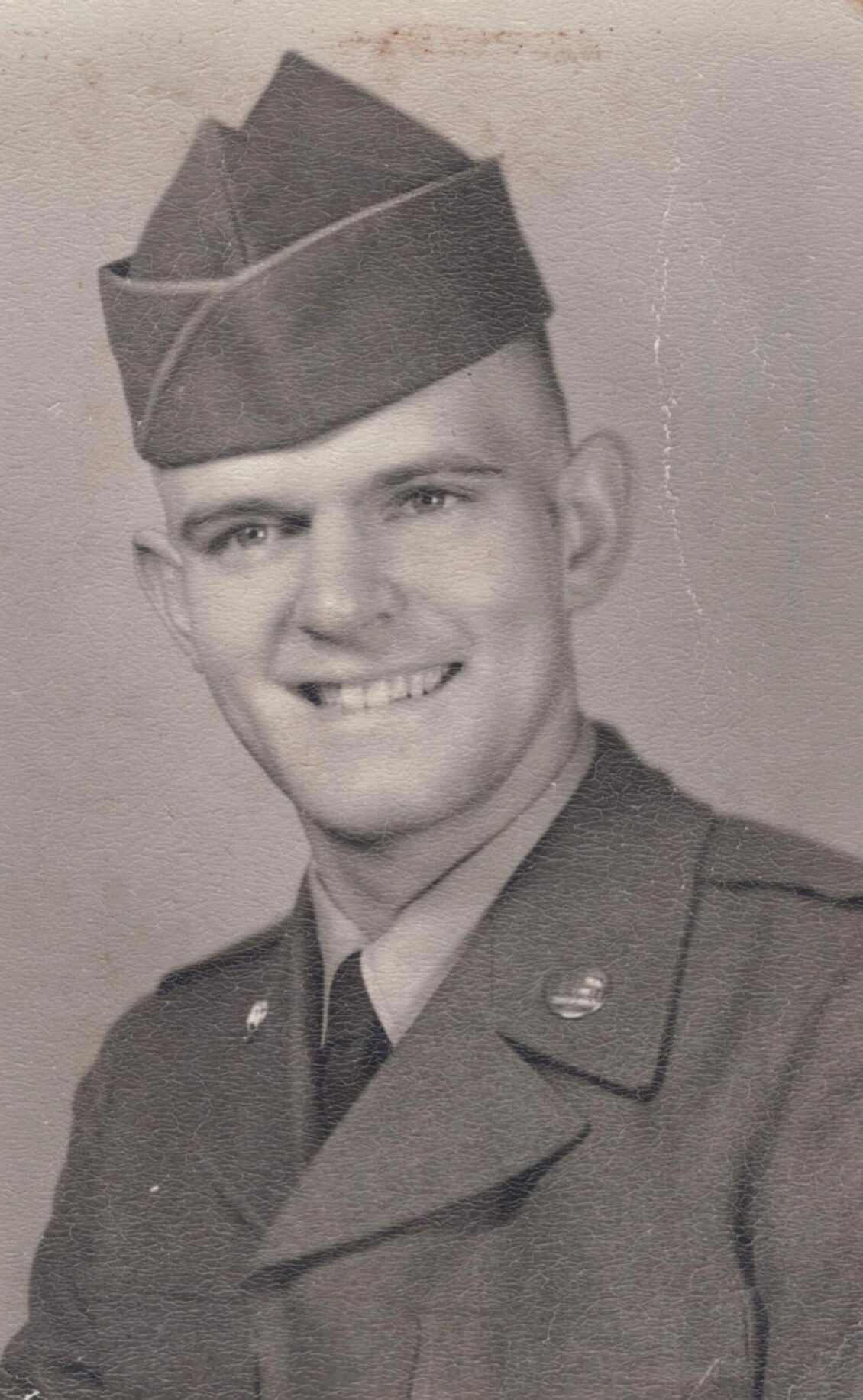 Arlington, WI - Frederick "Fritz" William Paske, age 87, died peacefully Friday, December 25, 2020. Though losing a battle with Alzheimer's and Parkinson's, he won eternal life in Heaven where he celebrated Christmas with his Savior and wife, Beverly who proceeded him 19 years ago. Frederick was born on September 12, 1933 to Walter and Frances (DeGroff) Paske in Caledonia Township where his parents farmed on his beloved "Pig Tail Alley". He was a graduate of Madison East High School, Class of 1951. Fritz was a longtime member of Zion Evangelical Lutheran Church of Leeds where he was united in marriage on June 20, 1953 to Beverly Ann Breneman. He served on several boards and the ushering team at Zion; he served on the Leeds Town Board, was a member of the Arlington Lions Club and the Prairie Drifters Snowmobile Club. Fritz was a Korean War Era Veteran as an Army Private from January 1955 to his early release in December 1956 due to the imminent expected arrival of his first child. Fritz and Bev were stationed in France and spoke often of the wonderful days and friends during their time abroad. Though he briefly considered making the Army a career, they returned to the family farm where he farmed with his father in the Leeds area. He loved farming with his sons until he "semi-retired" to drive semi with them as Paske Trucking. He enjoyed driving as the "Silver Fox" until he was 85.

Frederick is survived by his seven children, Judi (Todd) Case, Butte Mont., Joni (Bruce) Krigbaum, Poynette, Janie (Jeff) Alsmo, Deforest, Kevin (Michelle) Paske, Arlington, Patti Jackson, Cross Plains, Pennie (Gary) Schumacher, Stoughton, and Kelby (Trina) Paske, Arlington. He is further survived by 20 grandchildren; 12 grandchildren-in-laws; 24 great grandchildren; two sisters and two brothers-in-law, Mona and Ken Bertoli, Fort Wayne, Ind., Richard Busse, Randolph, and Donna Hoffman, Beaver Dam; a dear friend and companion, Lorraine Van Etten, Poynette, many much-loved nieces and nephews along with countless friends. He goes to Heaven to be with his wife of 48 years, Beverly; his parents, Walter and Frances (DeGroff) Paske; his in-laws, Lester and Ed Dena (Pribbenow) Breneman; his sisters and in-laws, Shirley and Robert Manthe, Beverly Busse, Robert Hoffman, Elizabeth and Stuart Schlender, LeRoy and Cora Breneman, June and Allison Fiske. We will know his mansion in Heaven for he will be there with Beverly welcoming us Home and telling us where all the best eating places are and the short cuts on how to get to them!

A private family service will be held at 11:00 am., on Thursday, Dec. 31, 2020, which will be LIVE STREAMED. Friends and family who wish to view services via LIVE STREAM may visit Fritz's obituary page at www.gundersonfh.com and click on the Watch Webcast link. Also, a LIVE STREAM private burial interment with Military Rites will follow the service. In lieu of flowers, memorials may be sent to ZION EVANGELICAL LUTHERAN CHURCH OF LEEDS, 26906 County Road K, Arlington WI 53911 or AT HOME AGAIN ASSISTED LIVING FACILITY, 405 Lowville Rd., Rio WI 53960 or GENERATIONS HOSPICE CARE, 1028 South Main Street, Suite C, Fond Du Lac, WI 54935.

The Family wishes to express sincere gratitude and appreciation to the staff at the three facilities for the wonderful care provided to Dad and all of us during this final stage of his journey Home. Online condolences may be made at www.gundersonfh.com