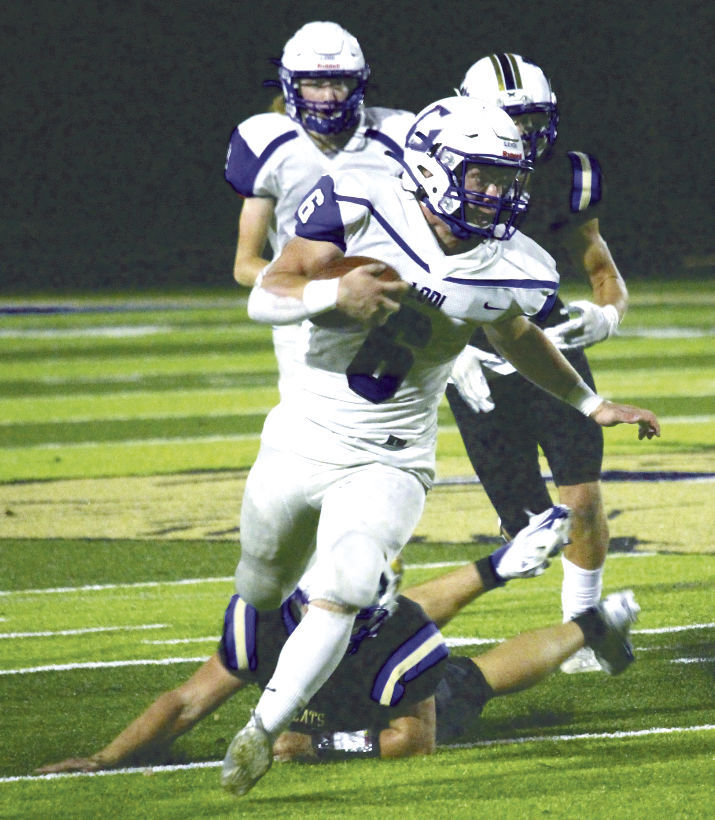 Lodi’s Zander Kleist (6) runs into the open for Lodi in the Blue Devils’ 27-20 defeat at the hands of Lake Mills on Friday. 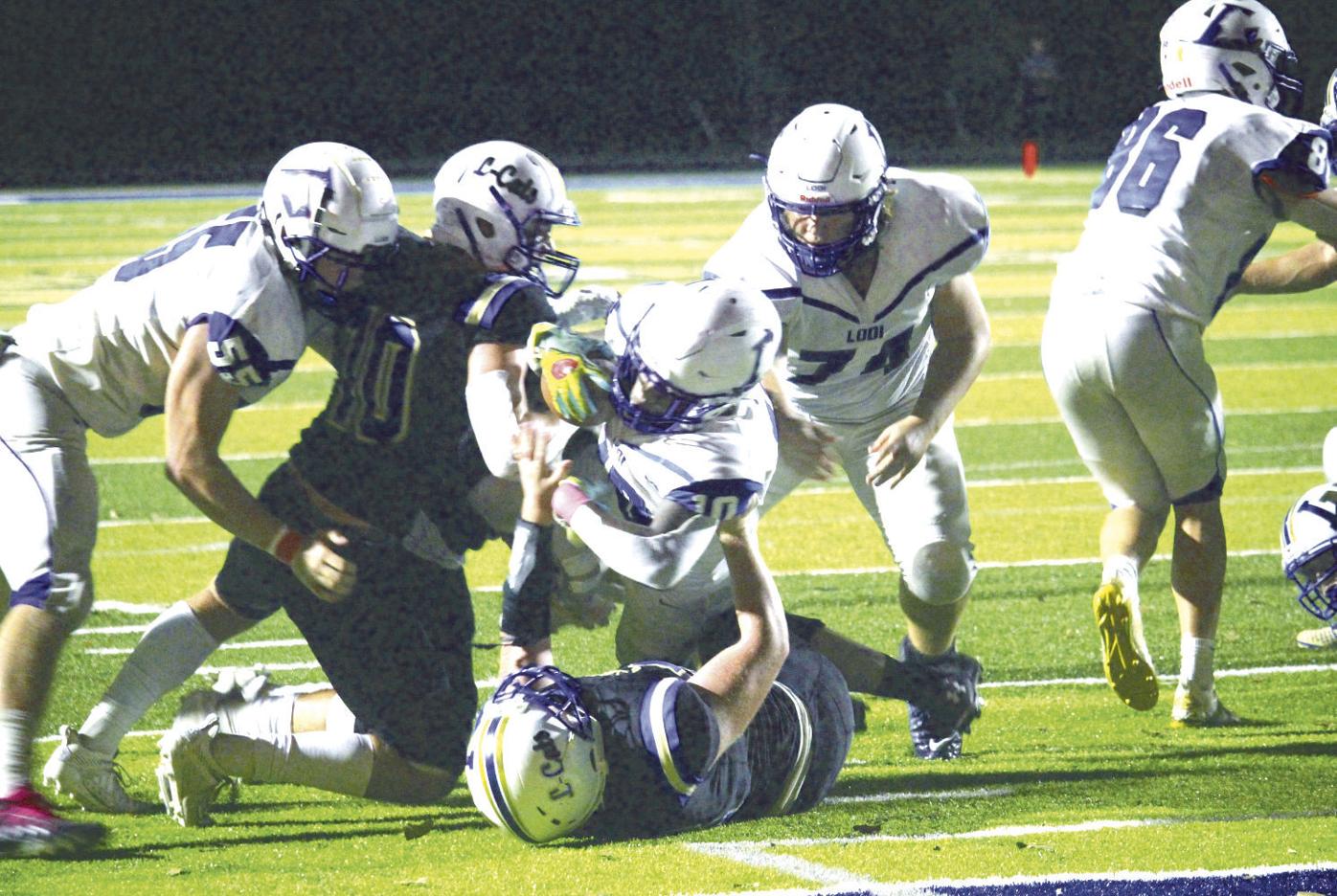 Jaylen Montgomery plunges into the end zone for a 4-yard touchdown run against Lake Mills. Wyatt Ripp (55), Henry Koeppen (74) and Jayce Kolinski (86) provide the blocking for the Blue Devils.

Lodi’s Zander Kleist (6) runs into the open for Lodi in the Blue Devils’ 27-20 defeat at the hands of Lake Mills on Friday.

Jaylen Montgomery plunges into the end zone for a 4-yard touchdown run against Lake Mills. Wyatt Ripp (55), Henry Koeppen (74) and Jayce Kolinski (86) provide the blocking for the Blue Devils.

The script got flipped, and so did the battle for field position.

Eliminating most of the mistakes of the first half, the Lake Mills High School football team rallied for a 27-20 homecoming win Friday over Lodi in a key Capitol Conference battle.

What was it that turned things around?

With the loss, Lodi fell to 6-2 overall and 4-2 in the Capitol Conference, while Lake Mills improved to 5-1 in conference play and 6-2 overall.

The L-Cats trailed 20-7 at the half, after committing a majority of their 10 penalties on the night. A fumble also led to one of Lodi’s scores.

It was a different story in the second half, as Lake Mills’ passing game started to click.

Caden Belling threw for three total touchdowns on the night, the first coming on a 15-yard pass to JP Rguig that put the L-Cats up 7-0 in the opening quarter, following the extra-point kick by Mason Levake.

Starting drives deep inside their own territory, with officials’ calls going against them, the L-Cats’ offense stalled in the second quarter, and Lodi pulled ahead. Fleischman connected with Preston Nichols on a 26-yard touchdown pass for the Blue Devils, and Lodi’s Jaylen Montgomery plowed in from 4 yards out just before halftime to make it 20-7.

The L-Cats’ defense was stifling in the second half, holding Lodi to 17 yards of offense. Lake Mills limited Lodi to 170 total yards and just five first downs. It didn’t help that the Blue Devils continuously faced long fields on offense. A Lake Mills punt pinned them down inside their own 10-yard line for their first offensive series of the half. The Blue Devils’ starting field position didn’t get much better from there.

Lake Mills trimmed the deficit to 20-14 in the third quarter on a 3-yard touchdown pass from Belling to Rguig, who had seven catches for a team-high 53 receiving yards.

Belling continued to pick the Lodi defense apart, sailing a 30-yard scoring strike to Michael Stenbroten down the sideline midway through the fourth quarter to put the L-Cats on top 21-20, after the extra-point kick.

“Really, it just came down to not being able to take advantage of situations,” said Puls. “Some things we let slip away. I told the kids it was not for lack of heart or hustle. We just had some big plays that we missed out on … the kids played hard. They played their butts off and played with effort and enthusiasm. We just didn’t do the technical things we needed to do to win the game.”

A 9-yard touchdown run by Ben Buchholtz provided some insurance late for Lake Mills. The try for a two-point conversion failed, however, leaving Lodi one last chance. But it wasn’t to be for the Blue Devils.

Belling completed 23-of-29 passes for 160 yards, while Buchholtz led the L-Cats in rushing with 38 yards on nine carries. Like Rguig, Michael Stenbroten finished with seven catches, totaling 30 receiving yards.

For Lodi, Fleischman threw for 64 yards and rushed for 64 yards, while Nichols totaled seven catches for 50 receiving yards.

Patience helped the L-Cats with their comeback.

“We have an extremely resilient group. We’ve got great leadership from the top down,” said Huber. “Our group of seniors is unbelievable, and we truly believe we haven’t played our best football yet.”