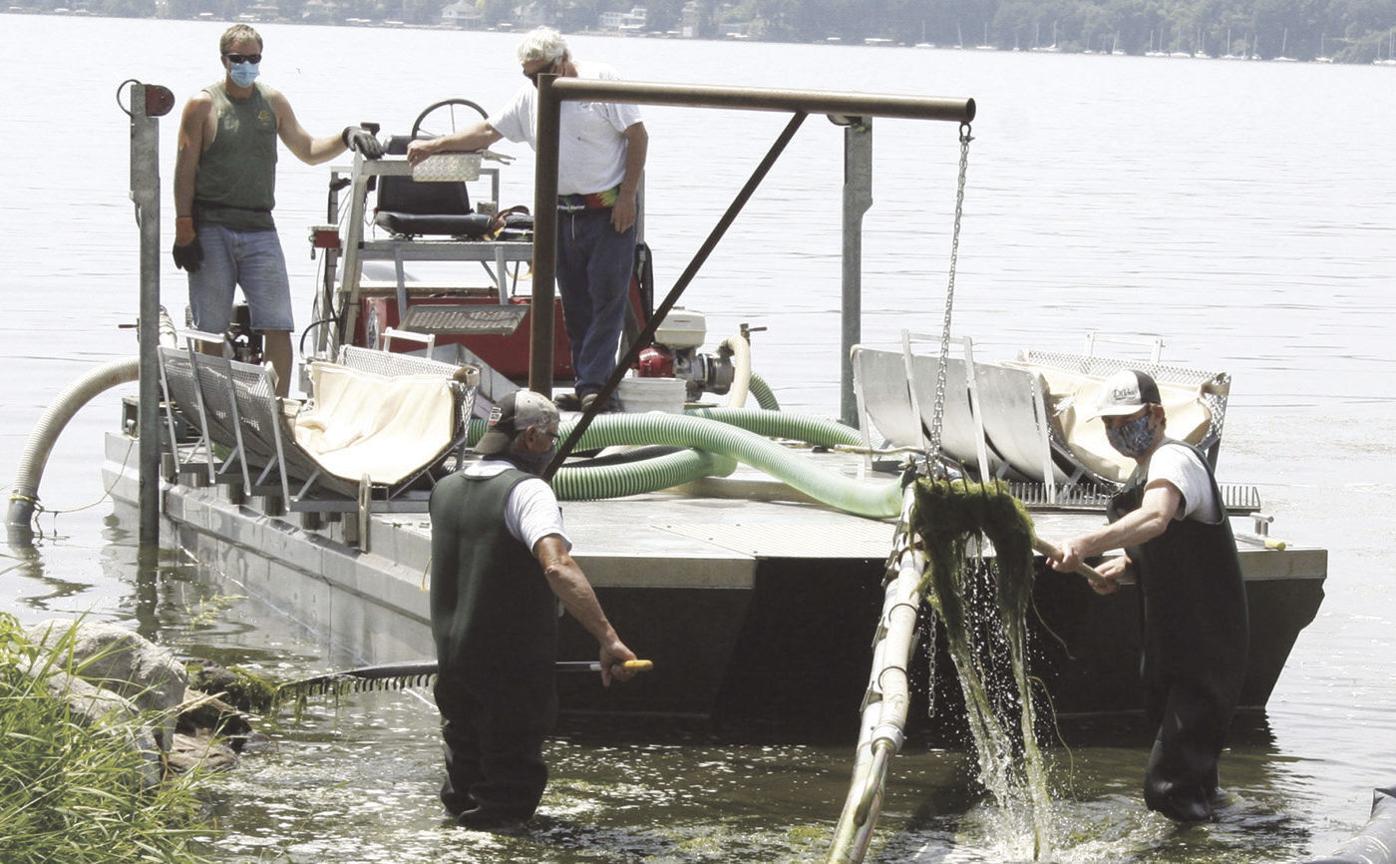 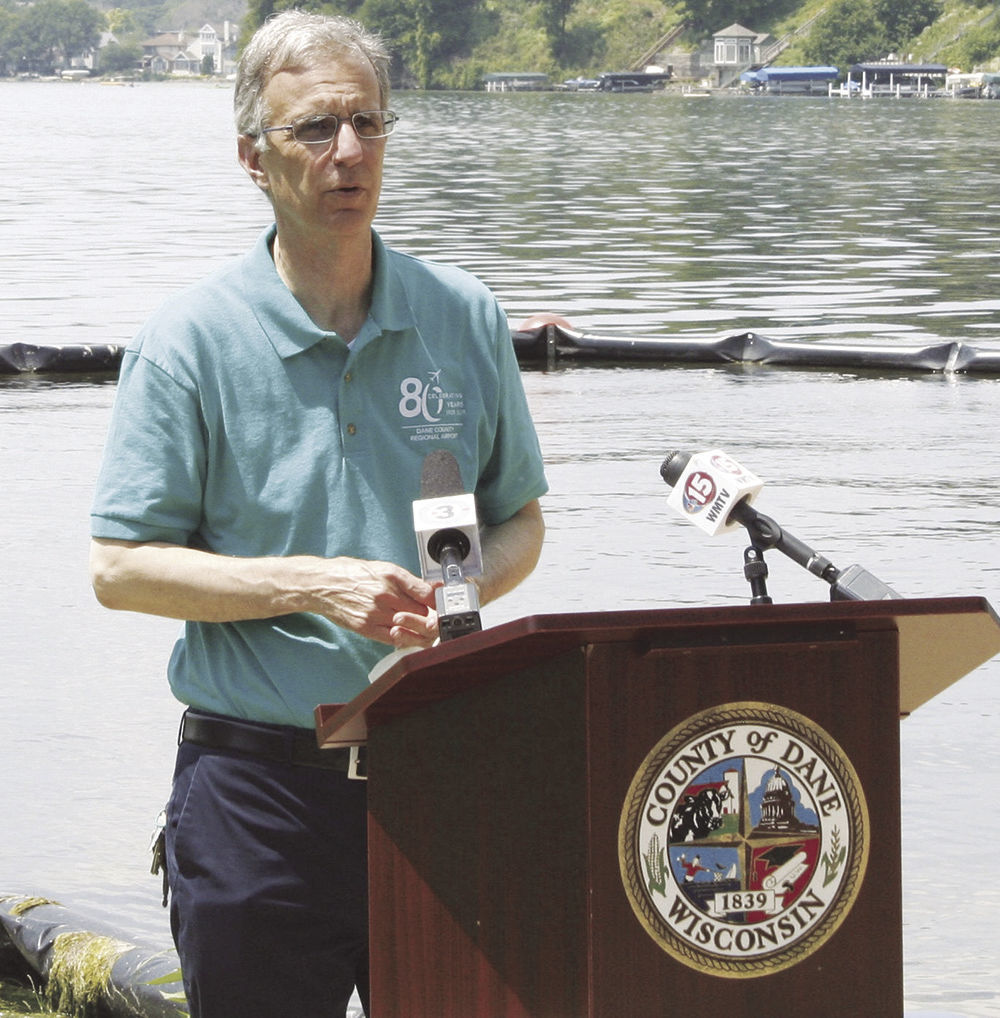 With 90-degree temperatures under a relentless sun, about the only relief is a dip in the water.

Dane County Executive Joe Parisi chose just such a day Wednesday, July 8, to announce new technology being piloted to clear away plants and potentially harmful bacteria from lakes, ensuring they can remain open to for swimmers.

“This time of year, everyone likes to get outside,” Parisi said, noting particularly during the COVID-19 pandemic, people are looking for low-cost recreation.

Parisi, with the county’s Land and Water Resources staff, gathered at Mendota County Park to demonstrate what the department’s engineers had developed – a vacuum-equipped barge to remove sediment and dead plants from the shorelines, which can increase in frequency during hot weather patterns like Dane County is currently experiencing. Algae and other sediment are sucked into a container and placed in a landfill afterwards.

The county’s algae cleanup is just one of several initiatives to keep lakes in the Yahara Watershed clean, Parisi said. The county has also partnered with area farmers on run-off prevention efforts and created a “suck the muck” program, removing phosphorus-laden sediment from streams that would otherwise enter the lakes and cause algae blooms.

Parisi credited the Land and Water Resources engineers’ passion and ingenuity, which resulted in the new technology.

Excessive blooms of algae commonly occur during the summer months in the Yahara Lakes. Such blooms can be a health concern to humans and pets. Some species of blue-green algae float on the water’s surface when winds are relatively calm. These moderate winds then push the buoyant algae to downwind shorelines where it can pile up as thick mats or scums along with other floating debris such as aquatic plants, detached filamentous algae, dead fish and trash.

Public beaches on the Yahara lakes are particularly susceptible to trapping material because of the shoreline geometry with cutouts into riprap banks. The floating algae debris can break up or move elsewhere when wind conditions change. Otherwise, the trapped debris remains until it decomposes. While local municipality staff remove cut weeds and debris from beaches, blue-green algal scums, due to their watery nature, can only be removed with specialized pumping equipment.

In addition to cleaning algae on area lakes, Dane County has expanded its “blue waters barge” program to include Lake Waubesa. Previously, the program included lakes Mendota, Monona, and Kegonsa.

The “blue waters barge” program began in 2008, when Dane County partnered with Madison to clean up lakes Mendota and Monona by removing aquatic plants and debris on piers, stormwater outlets and beaches. The partnership enables Dane County to provide a means for disposal and the Madison, Town of Westport, Monona and Friends of Lake Kegonsa to cover barge crew costs.

New this year, a similar cost sharing partnership is now in place with the Lake Waubesa Conservation Association for Lake Waubesa and Town of Westport for Lake Mendota.