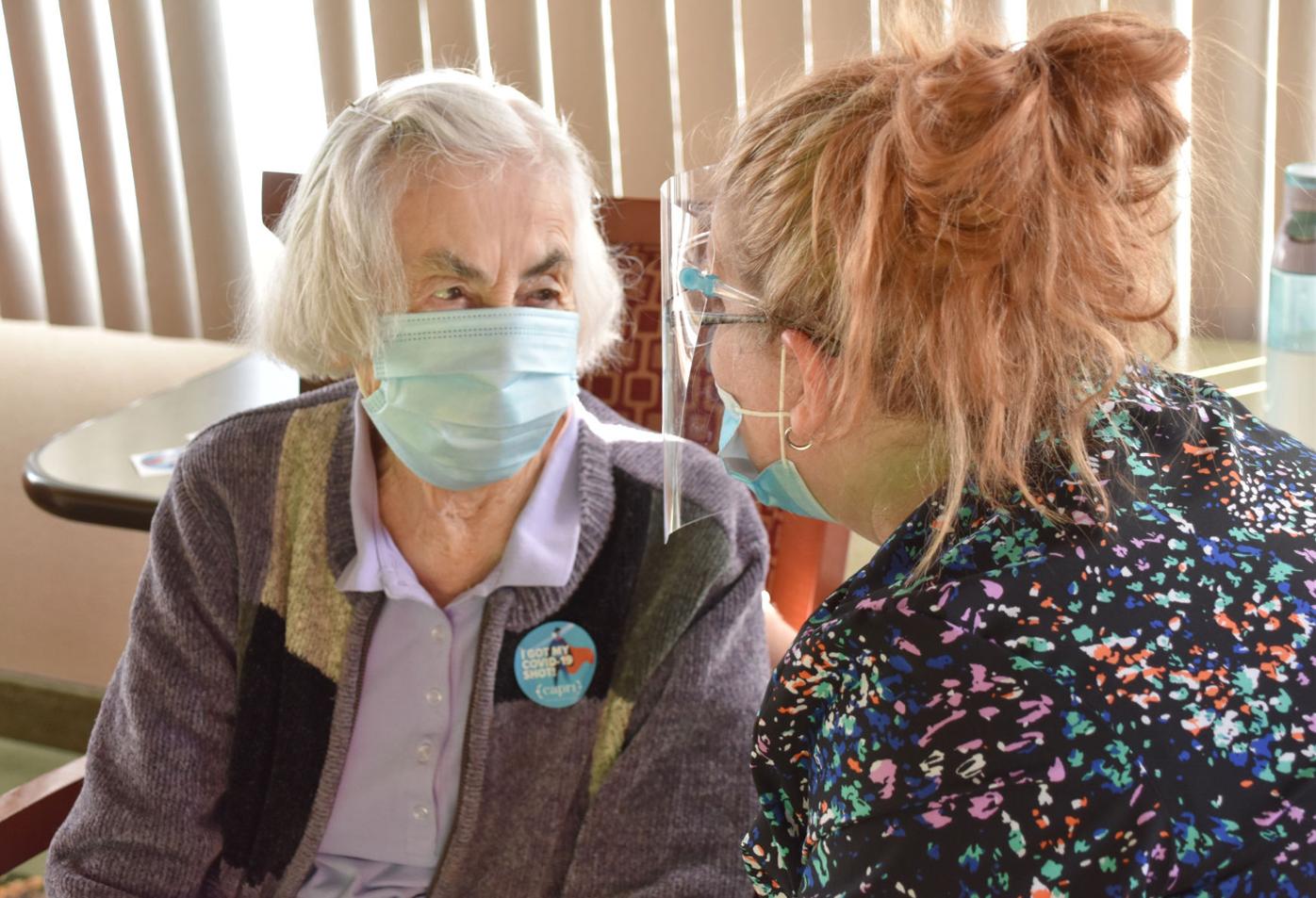 Betty Joachim talks to the nurse who gave her the COVID-19 vaccine on Thursday, Jan. 21 at Drumlin Reserve Assisted Living. Joachim, 95, was one of about 170 residents of Drumlin Reserve to receive the vaccine. 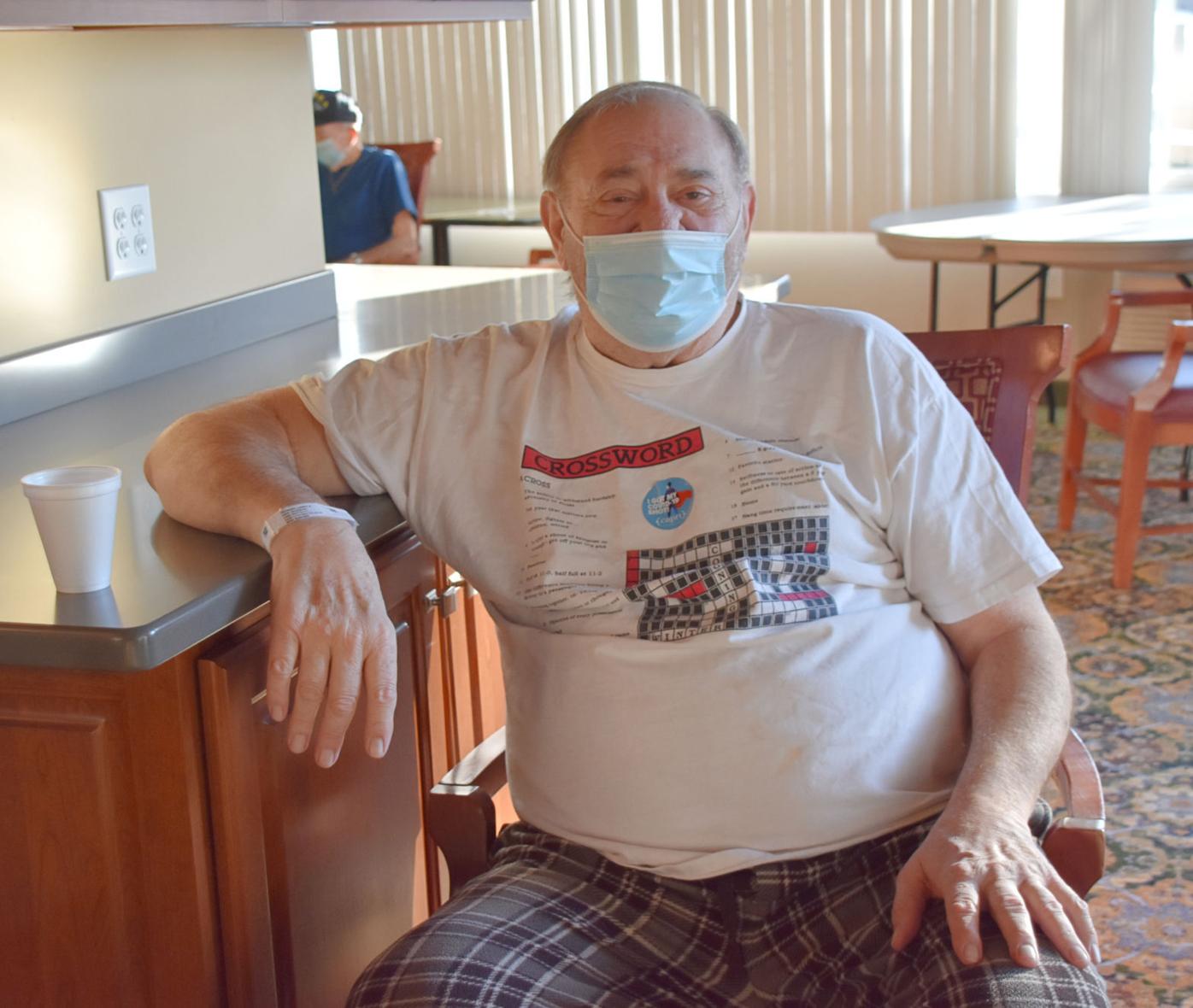 Larry Petroff smiles as he sits and waits after receiving his first dose of the COVID-19 vaccine on Thursday. 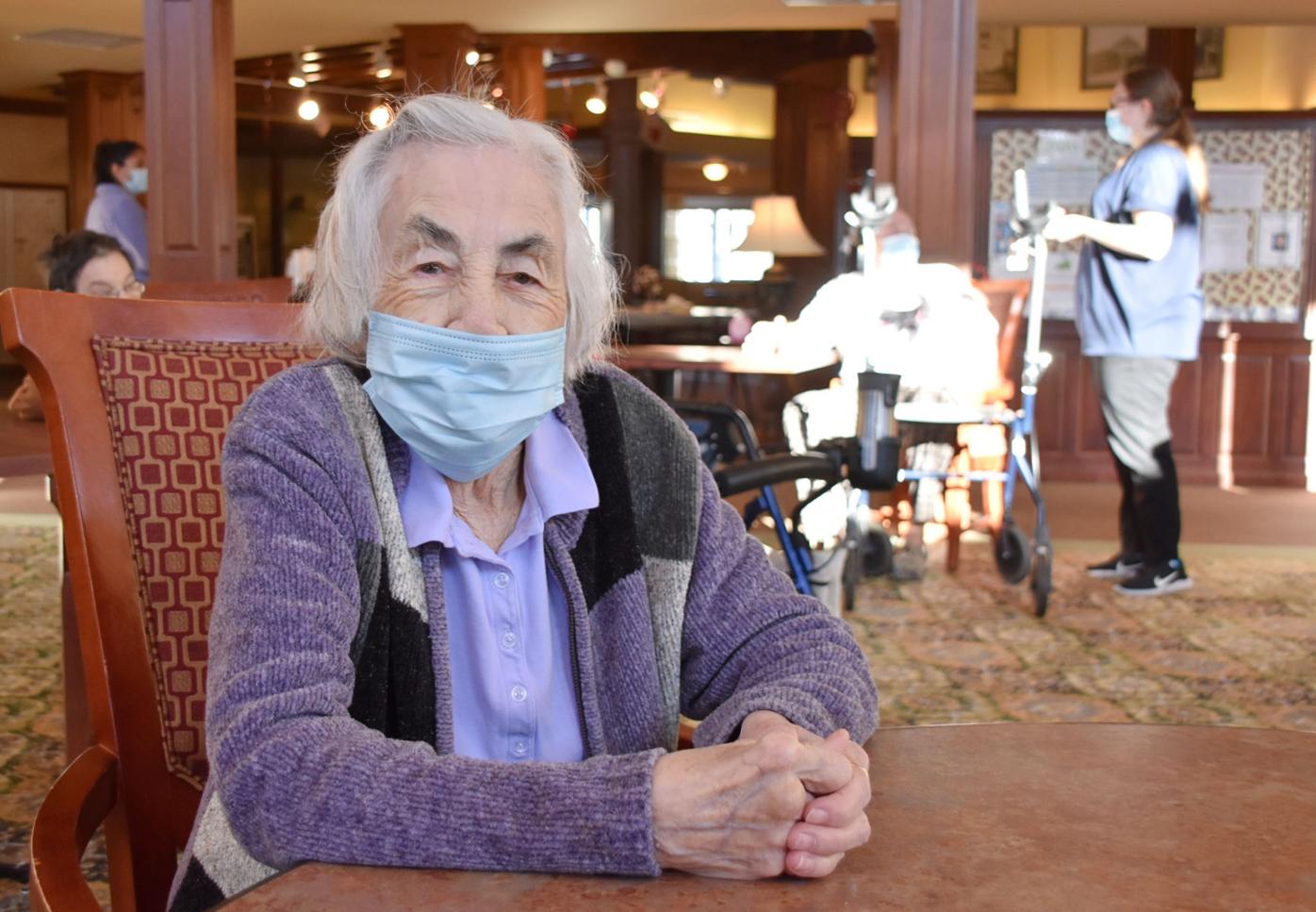 Betty Joachim waits for her turn to receive the COVID-19 vaccine on Thursday at Drumlin Reserve Assisted Living in Cottage Grove.

As 95-year-old Betty Joachim sat in line waiting for her name to be called to receive her COVID-19 vaccination on Thursday, she thought back to the days where Americans' greatest fear was polio.

"When I was your age, we went through polio and that was pretty scary too," she said.

Joachim, a resident at Drumlin Reserve Assisted Living in Cottage Grove, recalled a visit from a friend many years ago. A day after her visit, she called Joachim to say that her whole family of five children had contracted polio. Joachim had four children at the time. Fortunately, no one in her family contracted polio, but that doesn't mean it wasn't on her mind.

"Don’t think this cookie wasn’t scared to death, but none of my children got sick. I was so fortunate," she said. "I think each generation lives through something.”

Joachim was born in 1925. According to the U.S. Centers for Disease Control (CDC), polio disabled an average of more than 35,000 people a year in the late 1940s, restricting travel and commerce from affected cities and various quarantines to limit transmission.

According to data collected by ourworldindata.org from the World Health Organization, CDC and U.S. Public Health Service, polio peaked in 1952, when there were nearly 58,000 paralytic cases of polio and 3,145 deaths.

Compare that to COVID-19, from which over 400,000 Americans have died in the last year.

Among the most vulnerable are people like Joachim. She said receiving the first dose of the Pfizer-BioNTech vaccine will give her peace of mind.

That peace of mind is similar to the peace of mind that came with the polio vaccine, which was approved for use in 1955, about 25 months after researcher Jonas Salk announced he had successfully tested it.

The COVID-19 vaccine came to fruition significantly quicker than the polio vaccine, but that won't worry Joachim.

“I think it’s going to give me peace of mind, I certainly do. I’m willing to try anything. They wouldn’t do anything to us that would be harmful, I’m sure of that, so I’m not a bit anxious. I’m just waiting to get it and I hope it don’t hurt too much," she said as she waited in line for her shot.

On people who won't take the vaccine because they don't trust the science or government behind it, Joachim said matter-of-factly, "I’m not worried. I think that’s pretty dumb. They wait and wait, want something done and then they say ‘oh, I don’t know if I want to do that.’ Well I’m going to do that because I have faith in our people that are taking care of us.”

The staff taking care of people like Joachim include Travis Borchert, Drumlin Reserve's campus director for its Cottage Grove campus.

Borchert said the greatest feeling among people at Drumlin Reserve on Thursday during their big vaccination day was relief. He said between 98 and 99% of residents, about 170 people, opted to receive the vaccine.

He said residents were "just being able to look forward and see an end to [COVID]."

"A step toward being normal again"

Larry Petroff has a six-week-old granddaughter in South Carolina he hasn't met yet. He's diabetic, has high blood pressure and has had both cancer and a stroke, so he's at a higher risk for significant COVID-19 complications than the average person.

He said he was "all for getting [the vaccine] as soon as possible" so that he could start getting back to normal again and see his family and friends more regularly.

"Just tired of sitting in your room all day," he said when asked to describe the last 10 months. "This is a really friendly community and not being able to see your friends, it's just boring, monotonous."

The Pfizer-BioNTech vaccine requires a second shot three weeks after the first, but after a long period of COVID-19 worry throughout the country, it's good to be on the right path, he said.

"I'll remember it forever," he said. "Finally, it's a step toward being normal again, being able to go see my grandkids."