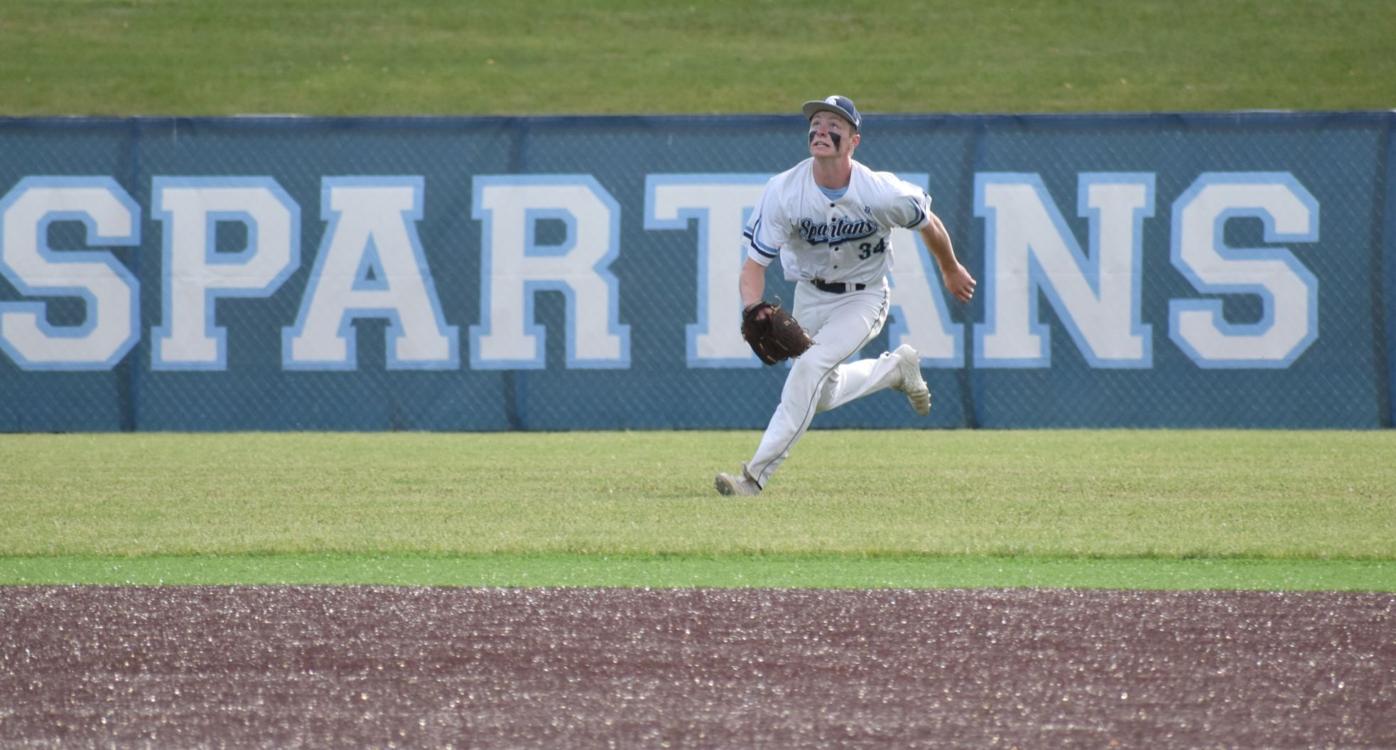 Dadon Gillen starts to make a sliding catch in McFarland's 10-5 victory over Edgerton on Thursday, June 3. 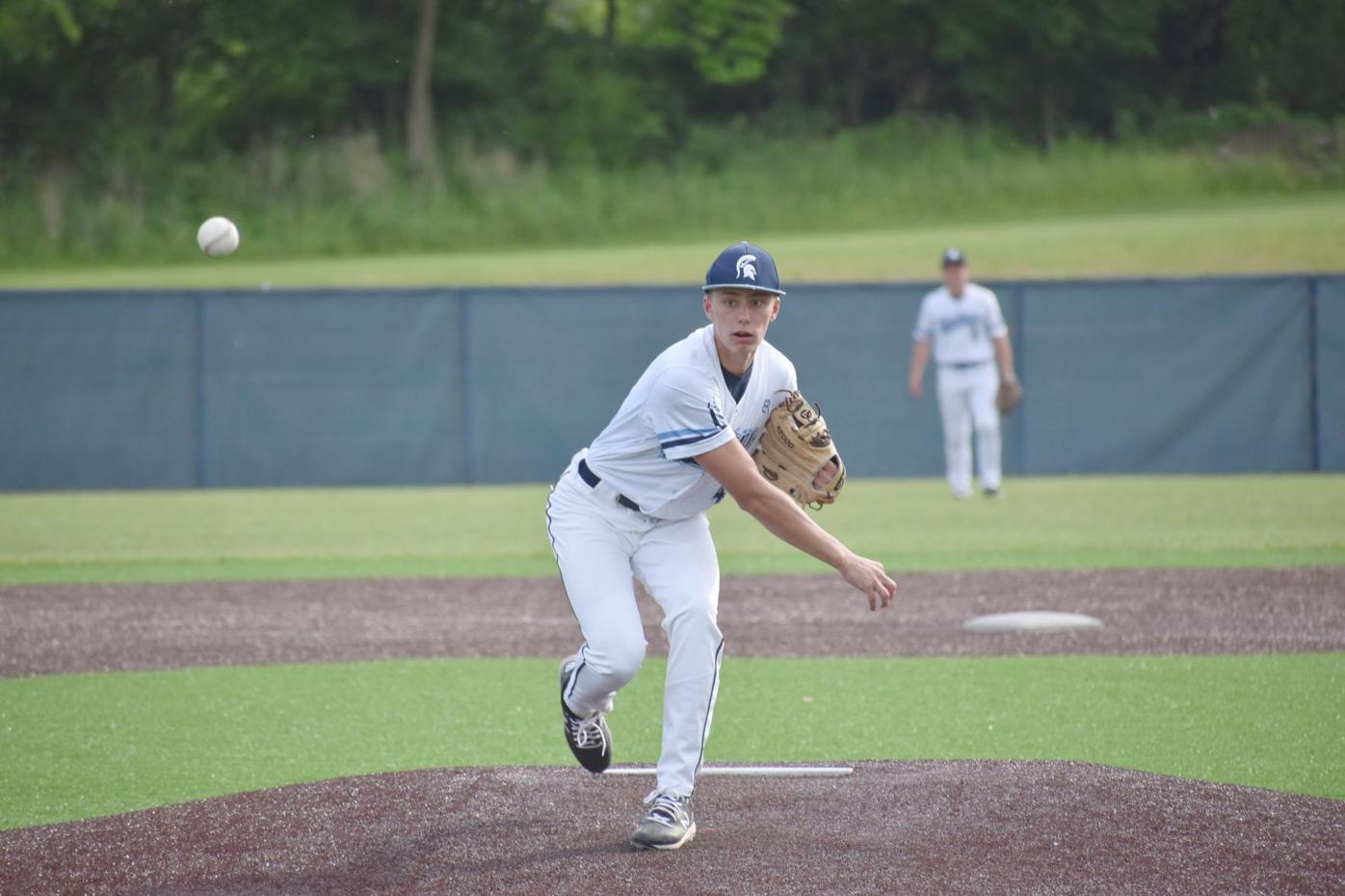 Luke Schaaf throws a pitch in McFarland’s 10-5 win against Edgerton. Schaaf threw three strikeouts in the victory on Thursday, June 3.

Dadon Gillen starts to make a sliding catch in McFarland's 10-5 victory over Edgerton on Thursday, June 3.

Luke Schaaf throws a pitch in McFarland’s 10-5 win against Edgerton. Schaaf threw three strikeouts in the victory on Thursday, June 3.

The Spartans fell to Monona Grove 9-4 on Monday, June 7.

McFarland carried a 3-2 lead into the fourth inning until Monona Grove used a five-run inning to take a 7-3 lead. The Silver Eagles added two more runs in the sixth to stretch the lead to 9-3. The Spartans added a run in the seventh, making the final score 9-4.

McFarland capped off senior day with a 10-5 victory over Edgerton on Thursday, June 3.

Edgerton led off the game with three runs in the top of the first inning. McFarland chipped away at the lead, scoring a run in the first after Matthew Amrhein walked, stole second and scored on an RBI groundout.

McFarland added another run in the bottom of the second after Ty White hit a double.

Edgerton increased their lead to 4-2 after a home run in the top of the third. The Spartans used some small ball after Gabe Lee drove in a run on a bunt single and Gavin Wood added an RBI.

“As a team, we were able to capitalize on the baserunners we had, we had a lot of runners on, they gave us them, and we knocked them in,” said Wood after the victory.

The Spartans pulled ahead for good with a six-run fourth inning. Ty White hit another double to drive in a run and Luke Schaaf’s walk scored another run. Wood added another RBI after getting a single with the bases loaded, and Matthew Arttus cleared the bases with a three-run double, giving McFarland a 10-5 lead.

After the Spartan offensive blitz, Schaaf took control on the mound. After a rocky first inning, Schaaf only allowed two runs the rest of the game.

“Luke threw strikes, kept us in the game after the first inning and then we got some key hits,” said head coach John Feldner.

Schaaf pitched out of a bases-loaded jam in the fifth, only allowing one run. He pitched into the sixth, then Gavin Wood pitched the rest of the game. Wood did not allow a run the rest of the way, resulting in the 10-5 win.

“Great group of guys, they had to struggle through Covid, they didn’t get to play last year, they were great this summer,” said Feldner about the senior class. “I can’t tell you how much we appreciate what they did during the summer and everything else.”

Matthew Amrhein pitched five innings, striking out four, and Amrhein knocked in a run for the Spartans on offense.

The Spartans could not keep an early lead against the Crimson Tide, losing 11-5 on Tuesday, June 1.

McFarland’s offense got out to an early 4-0 lead in the second inning, but Edgerton responded with four runs in the third and a run in the fourth, taking a 5-4 lead.

The Spartans tied the game up in the fifth with a run. However, the Crimson Tide scored three runs in the fifth and sixth inning to give them an 11-5 victory.

McFarland gets the final out