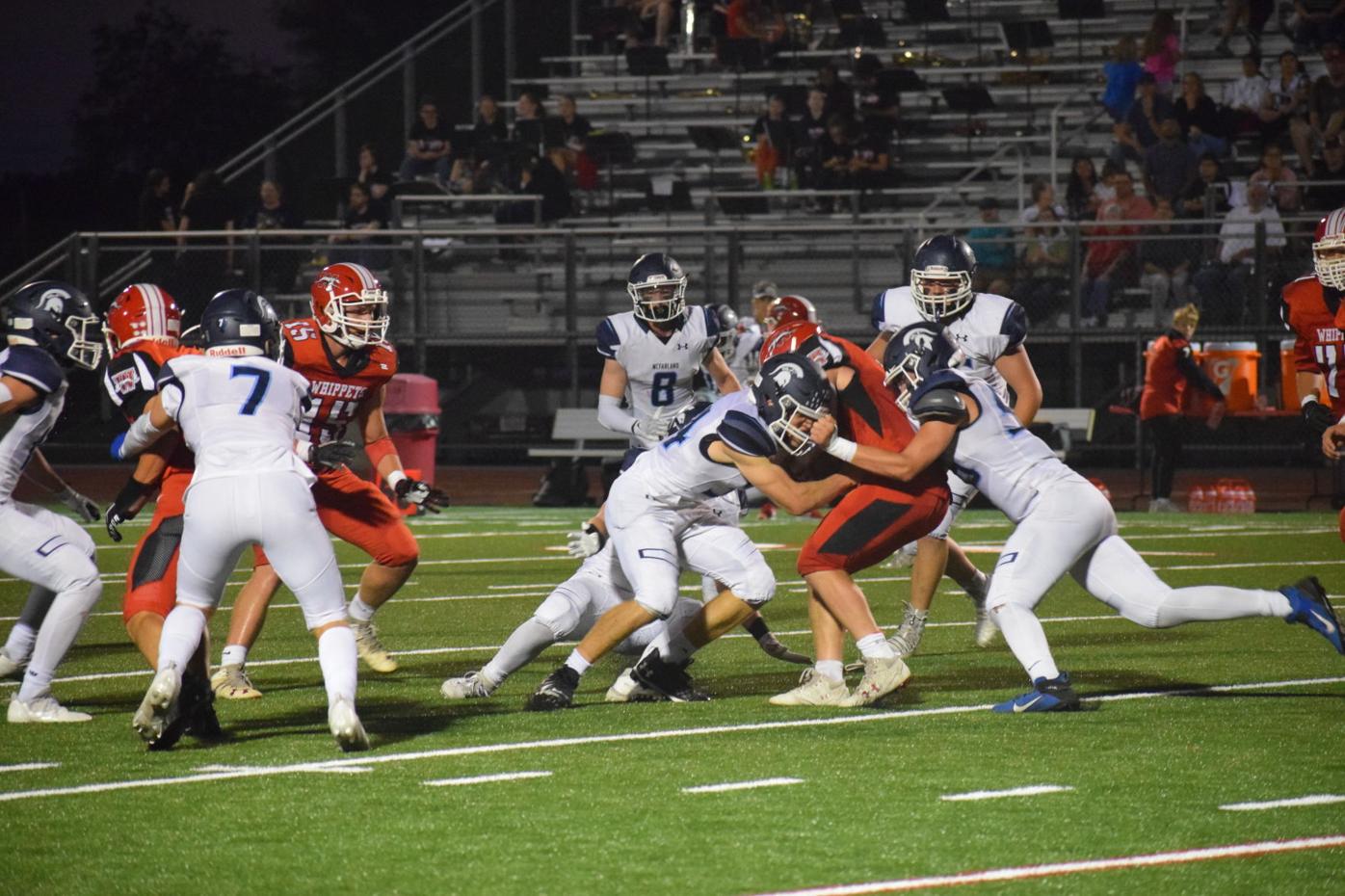 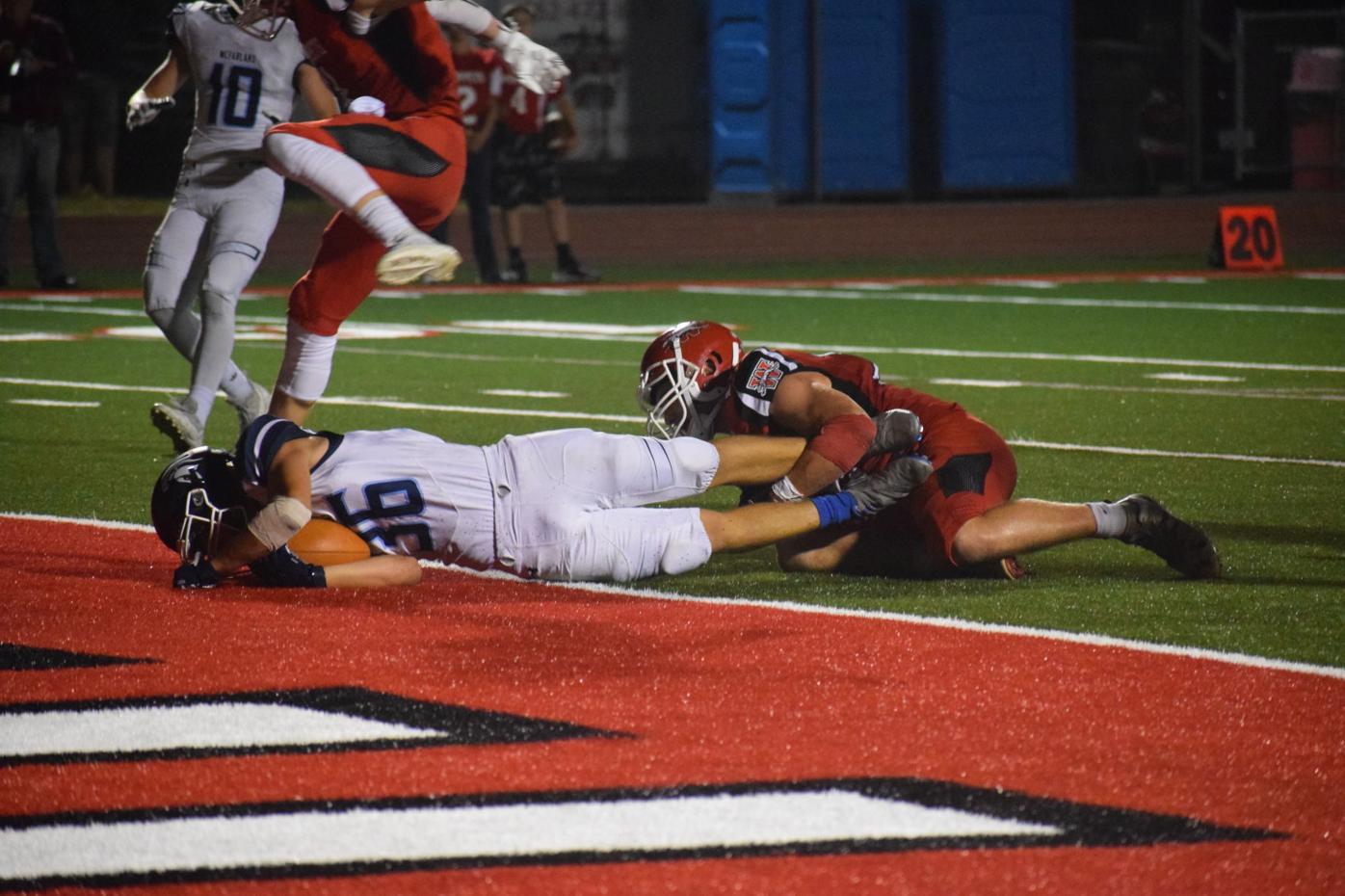 Junior running back Travis Zadra is ruled just short of the end zone in McFarland’s 28-14 win against Whitewater on Friday, Sept. 17. Zadra scored on the next play.

As the weather begins to turn, the McFarland football team appears to be turning as well. The Spartans rattled off a second straight win in a 28-14 victory over Whitewater on Friday, Sept. 17.

Quelle scored the first touchdown with 5:57 left in the first quarter, giving a 7-0 lead to the Spartans. However, Whitewater responded with its own touchdown run, but a blocked extra point kept McFarland in the lead.

Junior running back Travis Zadra is ruled just short of the end zone in McFarland’s 28-14 win against Whitewater on Friday, Sept. 17. Zadra sc…

Late in the second quarter, an interception by senior defensive back Evan Rettkowski gave the Spartans the ball back.

“On defense, I thought the boys really played well tonight. They had some plays on us, we weren’t expecting 14 (Brock Grosinske) to be in the game, but I was happy about that because that’s going to be their best team,” said Ackley.

McFarland drove down the field with junior quarterback Cooper Kennedy completing passes to junior wide receivers Dadon Gillen, Brandon Dyer-Ysaguirre and Deven Kulp. However, a hail-Mary attempt to end the half fell into the hands of a Whitewater defensive back, keeping the score at 7-6 in favor of McFarland.

With 9:25 left in the third quarter, the Spartans drove down the field and Quelle added his second touchdown of the game. The Spartans quickly got the ball back after Gillen secured an interception on defense.

“Dadon is a great football player, we’re blessed to have him and he does great things for our team and he’s going to make plays and make mistakes,” said Ackley. “That’s what great players do.”

With a short field, McFarland continued to pound the run. Zadra punched in a score from one-yard out to go up 21-6 with 6:43 left in the third.

Whitewater responded with a touchdown reception and a two-point conversion, cutting the lead to 21-14 with 9:20 left in the fourth quarter.

McFarland looked to kill time as the Spartans drove down the field with a run-heavy drive, suffocating the Whitewater defense. Quelle scored again with 1:59 left in the fourth.

“I want to make sure we give props to our offensive line. Just a great job of controlling the game, I don’t think we threw a pass in that second half. We saw what we could do, they controlled the line, they did a great job, so really proud of those guys,” said Ackley.

Whitewater turned the ball over on downs on the ensuing possession, allowing McFarland to run out the clock for a 28-14 victory.

Kennedy threw nine completions out of 15 attempts for 84 yards with two interceptions. Quelle scored three touchdowns on 24 attempts for 143 yards, while Zadra had 19 carries for 130 yards and a score. Junior linebacker Paul Morris led the defense with nine tackles.

McFarland (2-3) returns home to face Evansville (3-2) at 7 p.m. on Friday, Sept. 24, with an opportunity to move up the Rock Valley Conference standings.