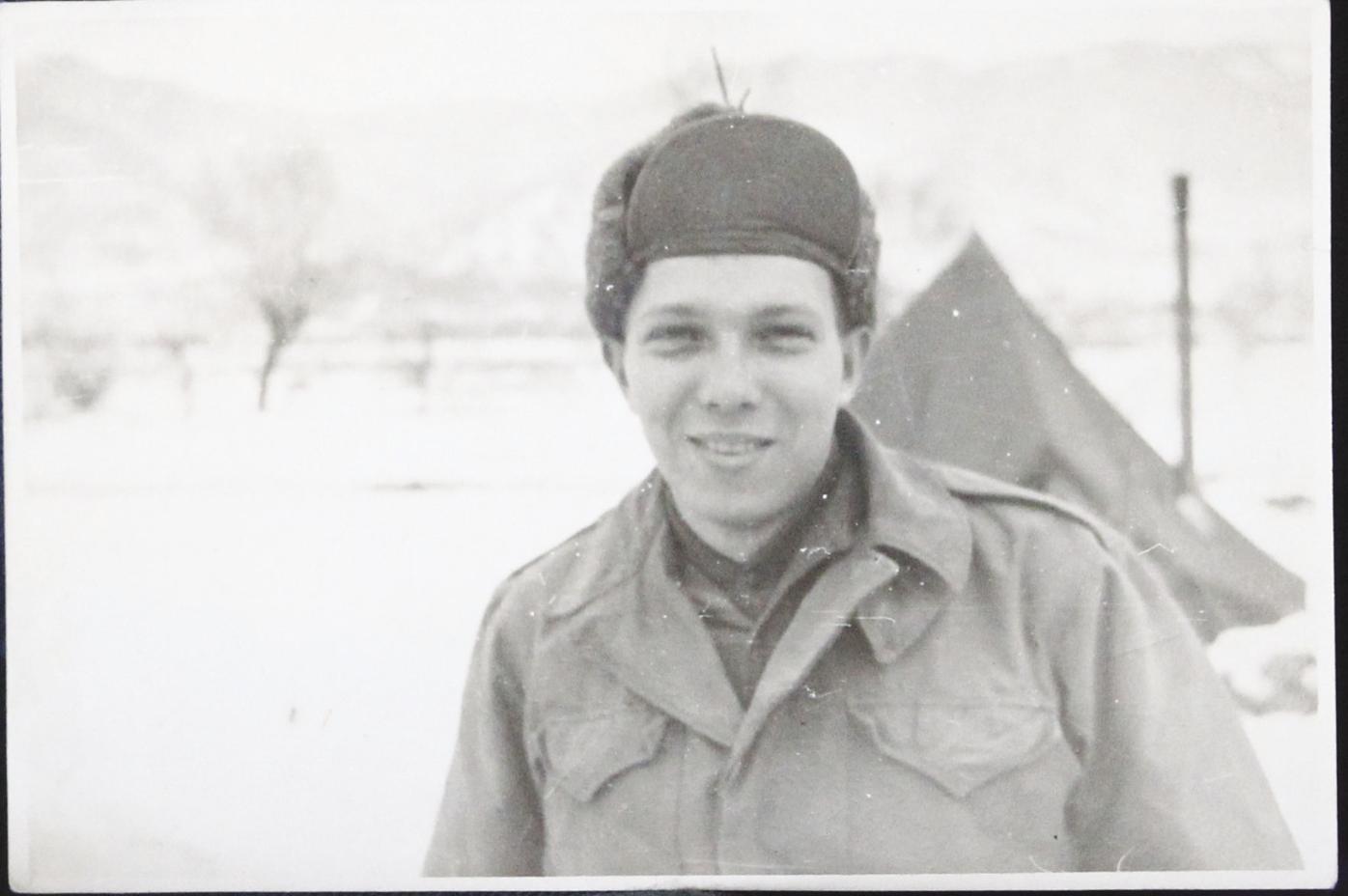 Don Kershner poses for a photograph in 1951 in Korea during the Korean War. He was in a tank unit in the Second Infantry Division and responsible for protecting the 38th parallel, which was the border dividing South Korea and Communist North Korea. 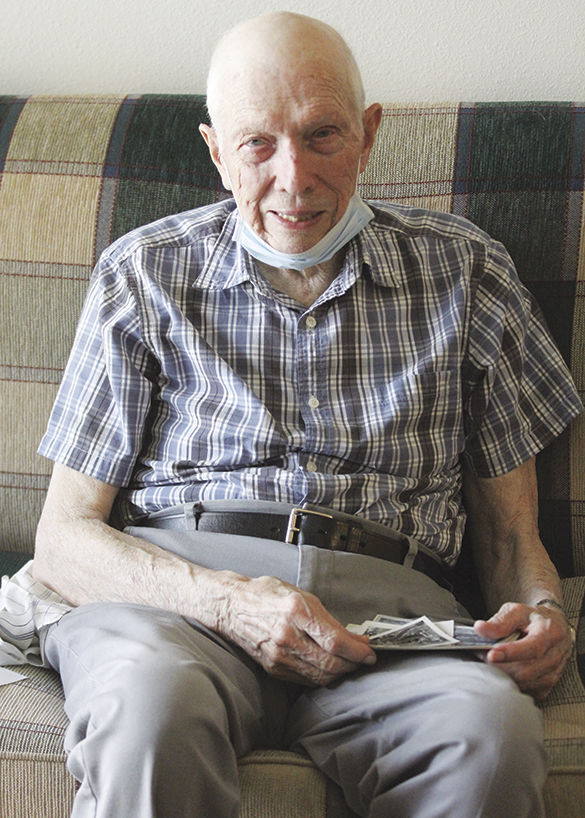 Don Kershner sits in his Cottage Grove apartment looking over photos and diaries from his days in the Korean War.

Don Kershner poses for a photograph in 1951 in Korea during the Korean War. He was in a tank unit in the Second Infantry Division and responsible for protecting the 38th parallel, which was the border dividing South Korea and Communist North Korea.

Don Kershner sits in his Cottage Grove apartment looking over photos and diaries from his days in the Korean War.

“I don’t know why I kept this stuff,” said 90-year-old Don Kershner as he looked through photographs and diaries he kept from the one year he served in the Korean War.

That was in 1951 when Kershner was responsible for sitting in the turret of a tank along the 38th parallel, the dividing line between North Korea and South Korea. The United States entered the conflict in 1950 to protect South Korea from Communist infiltration by North Korea.

Even though Kershner’s black-and-white photos are approaching 70 years old, they still clearly capture his experiences of what it was like to be a part of American history. The diaries are written in blue ink and in very neat cursive handwriting. Since he served in the Army seven decades ago, Kershner can’t recall some of the events he recorded.

Nevertheless, Kershner has led an interesting life, not only as a member of the U.S. Army, but as a husband, father and working man.

Kershner attended high school in Vandalia, Ohio, about 10 miles north of Dayton. The city was home to the Wright-Patterson Air Force.

Kershner graduated from Vandalia High School in 1947 and at age 17, was hired as a messenger boy by National Cash Register. He also worked for the Air Force base’s post office when he received his draft notice in Jan. 1951. There was no hesitancy on Kershner’s part to participate in the service.

Kershner served in the Second Infantry Division and received basic training at the U.S. Army base in Fort Knox, Kentucky. With the country’s involvement in the war escalating, he was sent to Korea within a few months.

“They needed soldiers over there, I guess, because I got shipped right away,” he said.

His journey to Southeast Asia began in Seattle where he was shipped out with a pack of other soldiers. The trip took 19 days.

Kershner joined a tank division that had the responsibility of preventing North Korean troops from crossing the 38th parallel into South Korea. He saw very little or no combat during his time there.

When the tanks did travel, it was on narrow dirt roads that could only hold one vehicle. The unit also took in North Korean prisoners of war who had surrendered.

“The U.S. Army dropped leaflets that said ‘Please give up. You will be treated right and kept warm,’” Kershner said. “Some waded across rivers to give up and they were freezing to death. They didn’t have any clothes on.”

Kershner once received notice that an old high-school friend, Dick DeNise, was stationed at a nearby camp. Kershner wanted to pay him a visit.

“In Vandalia, they would send me a school paper, and they mentioned that Dick was close by,” Kershner said. “They let me borrow a Jeep, and I drove 20 miles to see him. I thought I would surprise him. We were there for a half hour talking.”

The facilities in Korea were very primitive with a limited number of utilities. This made it challenging when Kershner needed some dental work.

“I had a big cavity. It was openly decayed,” he said. “They filled it with a machine that they would crank with their foot. There wasn’t any electricity.”

After Kershner completed his year in Korea, he was sent back to the states and served the remainder of his two years of service at Fort Hood, Texas. He was discharged in 1953 and returned to Ohio.

Along the way, he met his wife Jane through another female acquaintance, and they soon got married. Kershner returned to his old job at National Cash Register and sold printed materials such as tax documents and payroll checks. He was transferred to Wisconsin in 1968, lived in Sun Prairie and retired in 1987.

Jane was a nurse at Mertier Hospital and retired from there after working 43 years. She passed away in August 2020.

Jane and Don raised three sons: one works for the City of Madison, another is a contractor and the third works as a computer programmer.

Kershner now lives in a retirement community in Cottage Grove. With his 91st birthday coming up in November, he is pleased with how his life turned out and honored to have been a member of the U.S. Army.

“I thought it was the right thing to do to serve my country,” he said.