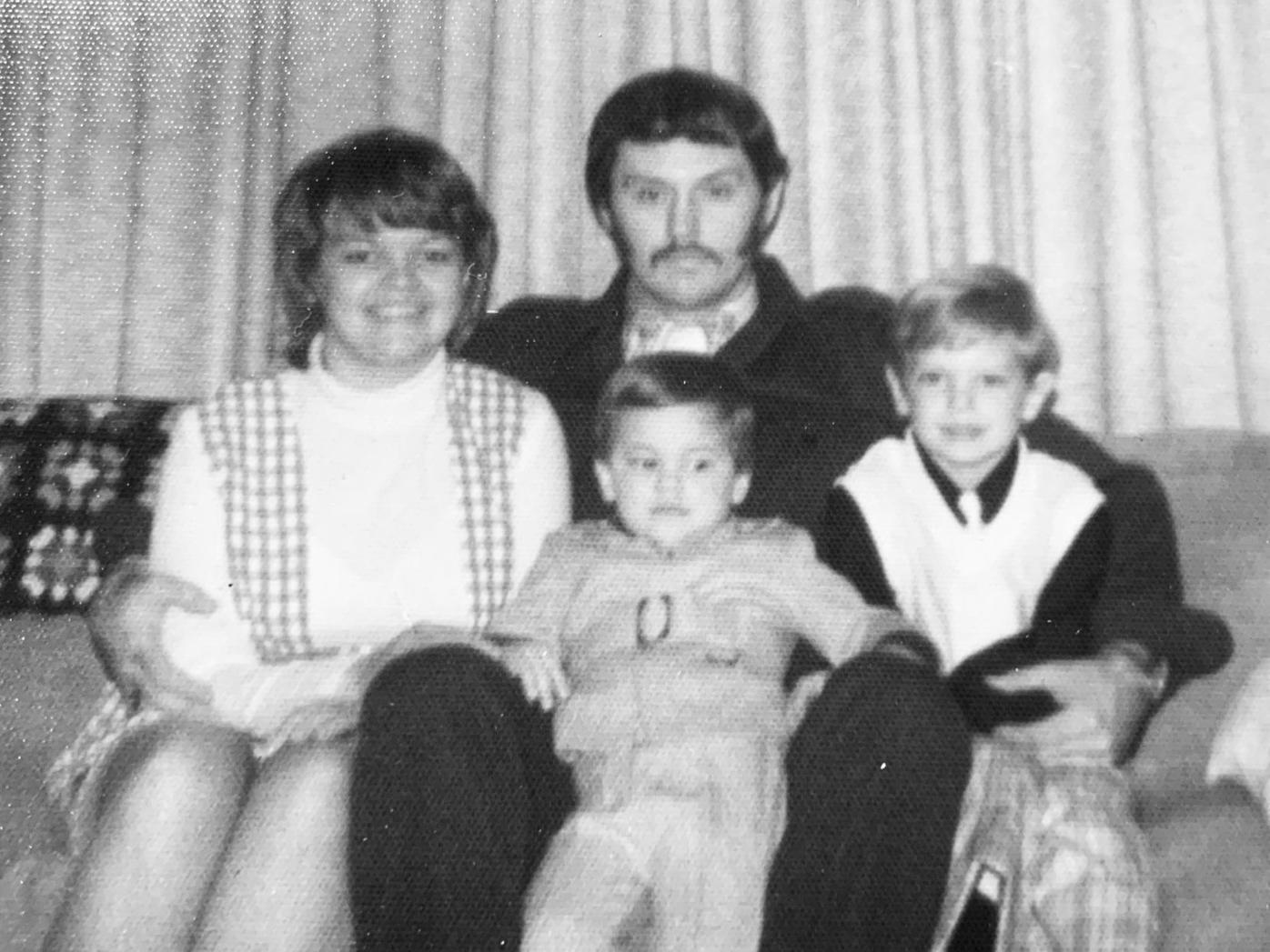 Mike Mietz (center), pictured with his wife Ruth and sons Scott and Chad. 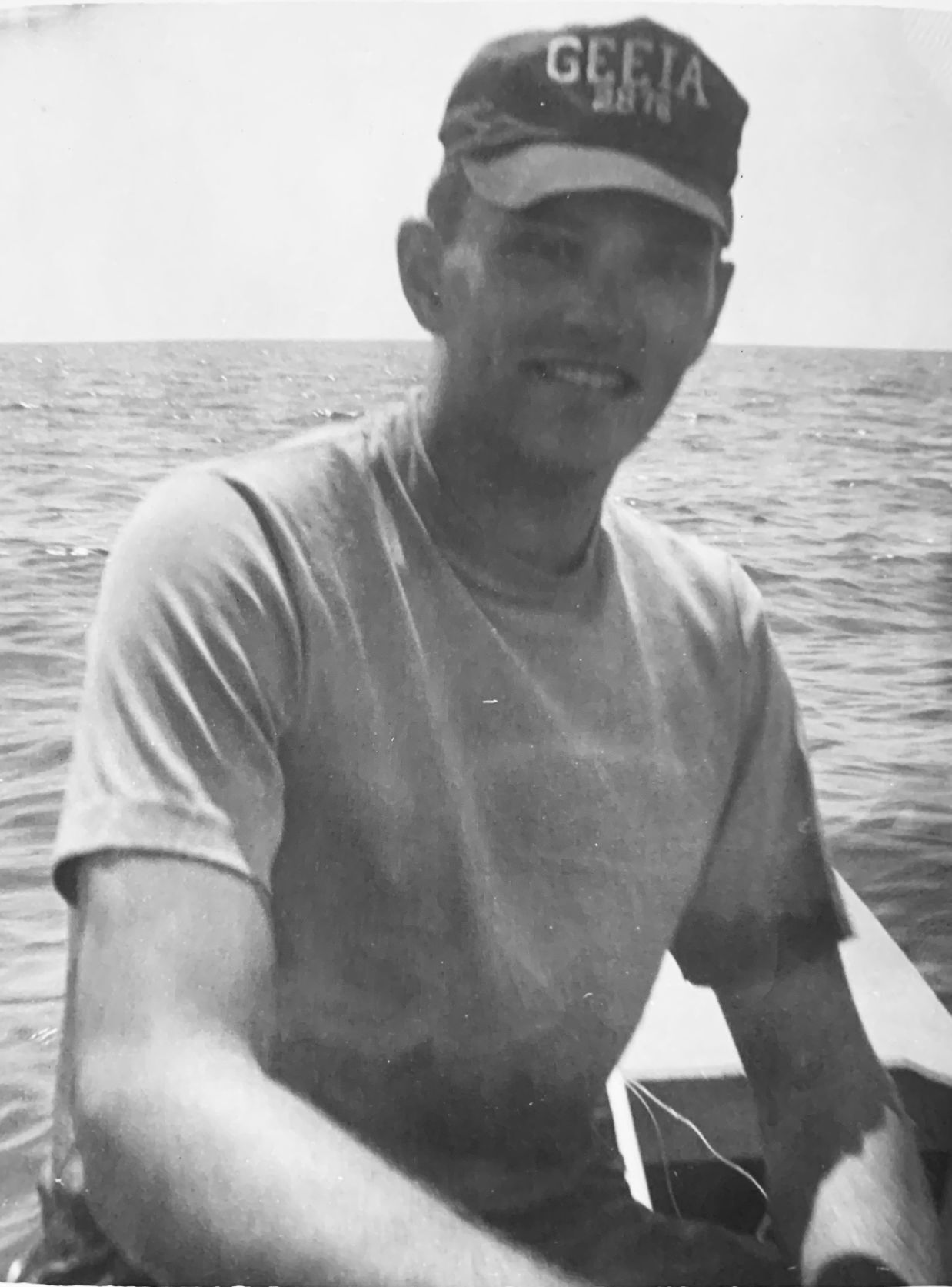 Mike Mietz served in the Ground Electronics Engineering Installation Agency for the U.S. Air Force. He now lives between McFarland and Stoughton.

"Your emotions were deadened to the point where it was easier to just be self-contained rather than having open feelings."

He watched flatbed trucks haul away caskets of fellow service members. He was exposed to Agent Orange. He missed the first year of his son’s life. It deadened his emotions.

He’d do it all again.

Mike Mietz enlisted in the U.S. Air Force in March of 1966, beginning four years of military service that would take him to Thailand, the Philippines and Taiwan, and leave a lifetime impact.

After five months, he returned home, spending a year at Andrews Air Force Base in Washington, D.C. He got orders for Vietnam, but they then found out that his wife Ruth was pregnant, and it was decided he’d have to wait until his son was born.

In November of 1968, eight weeks after his son Scott was born, he shipped off for the Philippines, and he wouldn’t return home for 13 months. He couldn’t even afford phone calls home.

“That was extremely tough being a young man, having a son, being gone,” Mietz said. “I think, you know, what happens to a lot of guys is the separation really kind of deadens their feelings.”

He saw friends’ wives and girlfriends leave them. He was a lucky one in that regard. Now 73, Mike and Ruth have been married for 54 years.

A marriage that long is never easy. It doesn’t get any easier when you can’t communicate with one another except through tapes and letters and you’re a world away with a newborn child.

“He knew I was safe. I had no idea, number one, if he was safe or even where he was. That was the hard part. Just worrying about whether he was going to come home,” Ruth said. “I’m just grateful that I prayed to the Lord that he would spare Mike’s life and bring him home to his son and wife.”

In early 1970, he would come home. After a year being apart, Mietz was able to get to know his son, who had spent the first year of his life sitting on his mom’s lap, looking at a photo of Mike and listening to audio tapes he had sent home.

The sacrifices of a service member are not limited to injuries or death on the battlefield, nor do they stop upon returning home.

Mike’s mother and father served in World War II. His father was in the Navy and his mother was a nurse. PTSD from the war led to his father’s eventual death, with lung cancer, alcoholism and nightmares all affecting him at the end of his life.

Scott died 15 years ago, and Mike still wonders how spending the first year of his life without his father affected Scott.

Mike sometimes thinks back to his time in southeast Asia, to those flatbed trucks hauling off caskets, to seeing planes crash around you.

“That’s something you don’t forget,” he said. “Your emotions were deadened to the point where it was easier to just be self-contained rather than having open feelings.”

However, he saw it as his duty to follow through. And it wasn’t all bad.

“I’d do it again,” he said. His telecommunications experience set him up for a career at AT&T Ameritech, where he worked for 27 years.

Mike and Ruth have another son, Chad. They currently live in their home between Stoughton and McFarland they moved to after their sons graduated from high school.

Mike remains active with American Legion Post 534 in McFarland, where he served as commander from 1991 to 1993.