Complete statewide preliminary data can be found at: 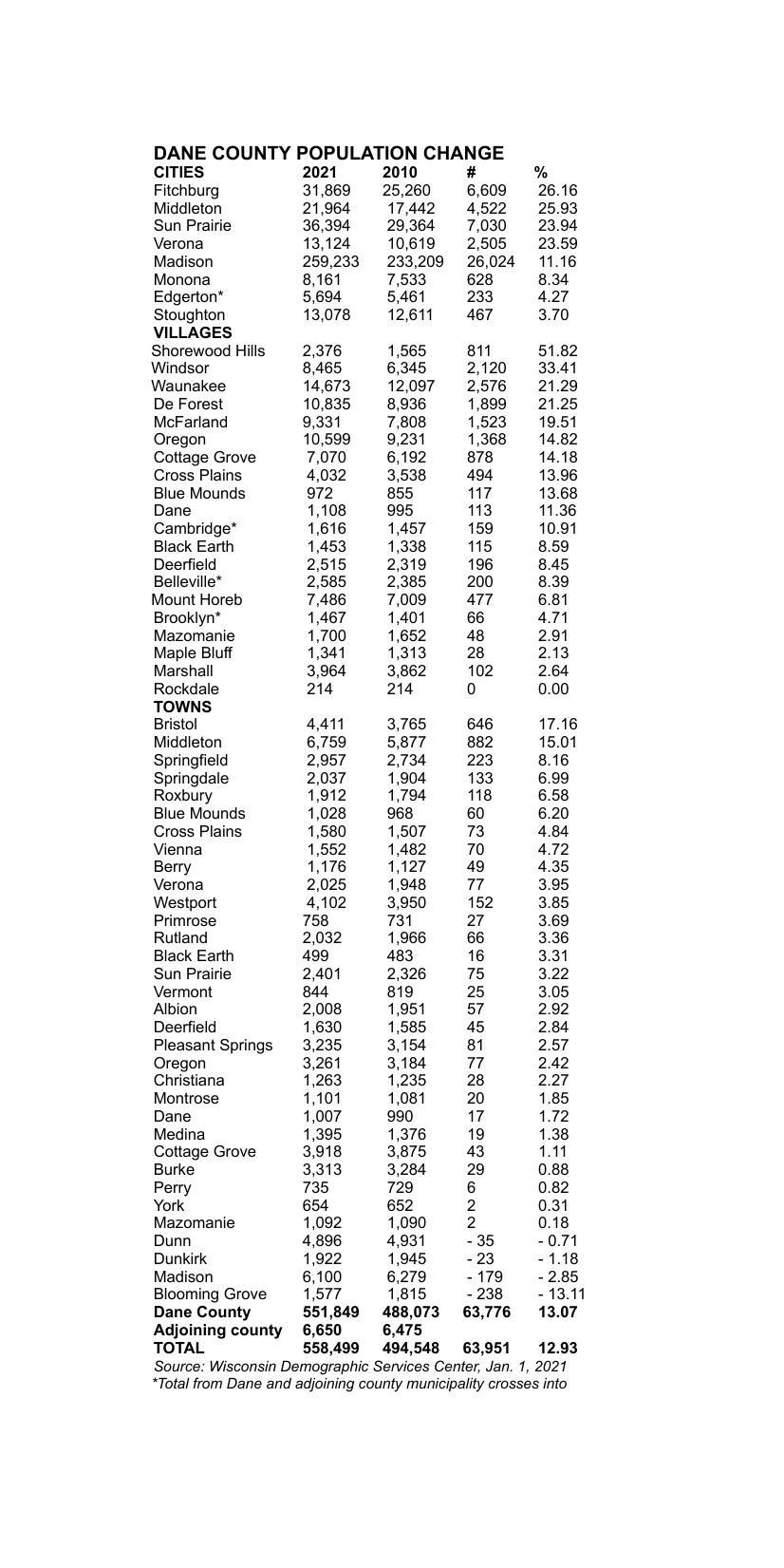 The Jan. 1, 2021 estimates are based on the prior census and analysis of contemporary data including housing units, dormitory and institutional populations, automobile registrations, and other indicators of population change, according to the center’s website.

In Dane County between 2010 and Jan. 1, 2021, the 10 fastest-growing municipalities based on the percent increase in their populations included the villages of Shorewood Hills, Windsor, Waunakee, DeForest and McFarland; the cities of Fitchburg, Middleton, Sun Prairie, and Verona; and the town of Bristol, that saw their populations soar anywhere from 17 to 52 percent.

Many Dane and Jefferson communities saw little to no growth in the past decade. And some saw their populations fall.

Eight towns and one village in Dane County and 11 cities, towns and villages in Jefferson County saw their populations rise less than one percent or decline between 2010 and 2021.

In Dane County, those included the village of Rockdale and the towns of Burke, Perry, York, Mazomanie, Dunn, Dunkirk, Madison and Blooming Grove. In Jefferson County, those included the cities of Watertown, Fort Atkinson and Jefferson; the villages of Sullivan and Palmyra; and towns of Farmington, Aztalan, Koshkonong, Concord, Palmyra and Sumner. Figured into this is the entire population of the city of Watertown that lies in two counties – Dodge and Jefferson – and the entire population of the city of Whitewater that also lies in two counties – Jefferson and Walworth.

Wisconsin cities, towns and villages that are seeing flat growth or population declines can face a host of fiscal and other issues. One of the most impactful can be a dearth of new construction that directly affects how much a municipality can raise their annual tax levy under state municipal revenue cap rules.

Understanding where population growth is happening also figures heavily into state and county-level redistricting discussions, that are underway as 2020 U.S. Census results come in.