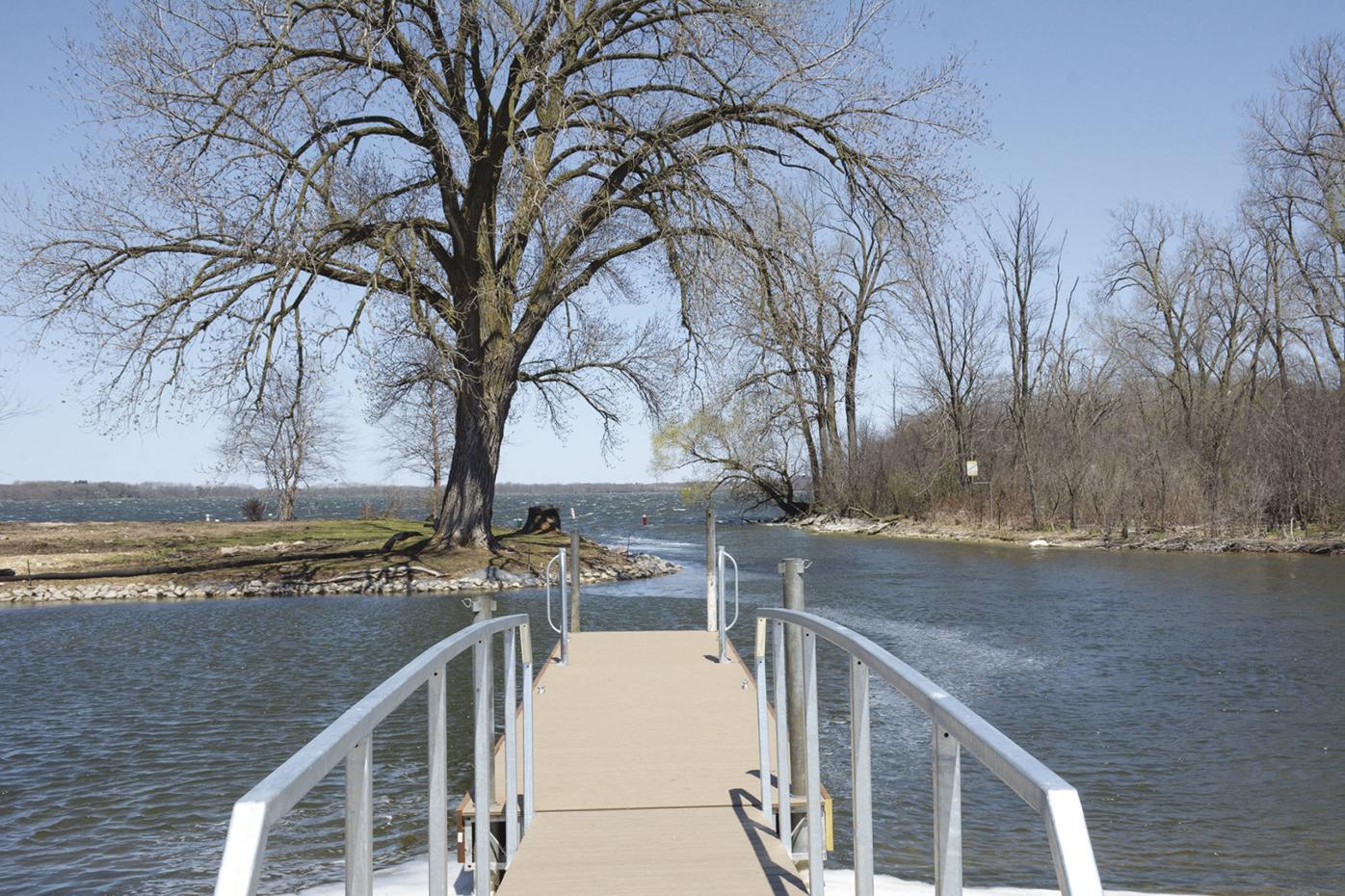 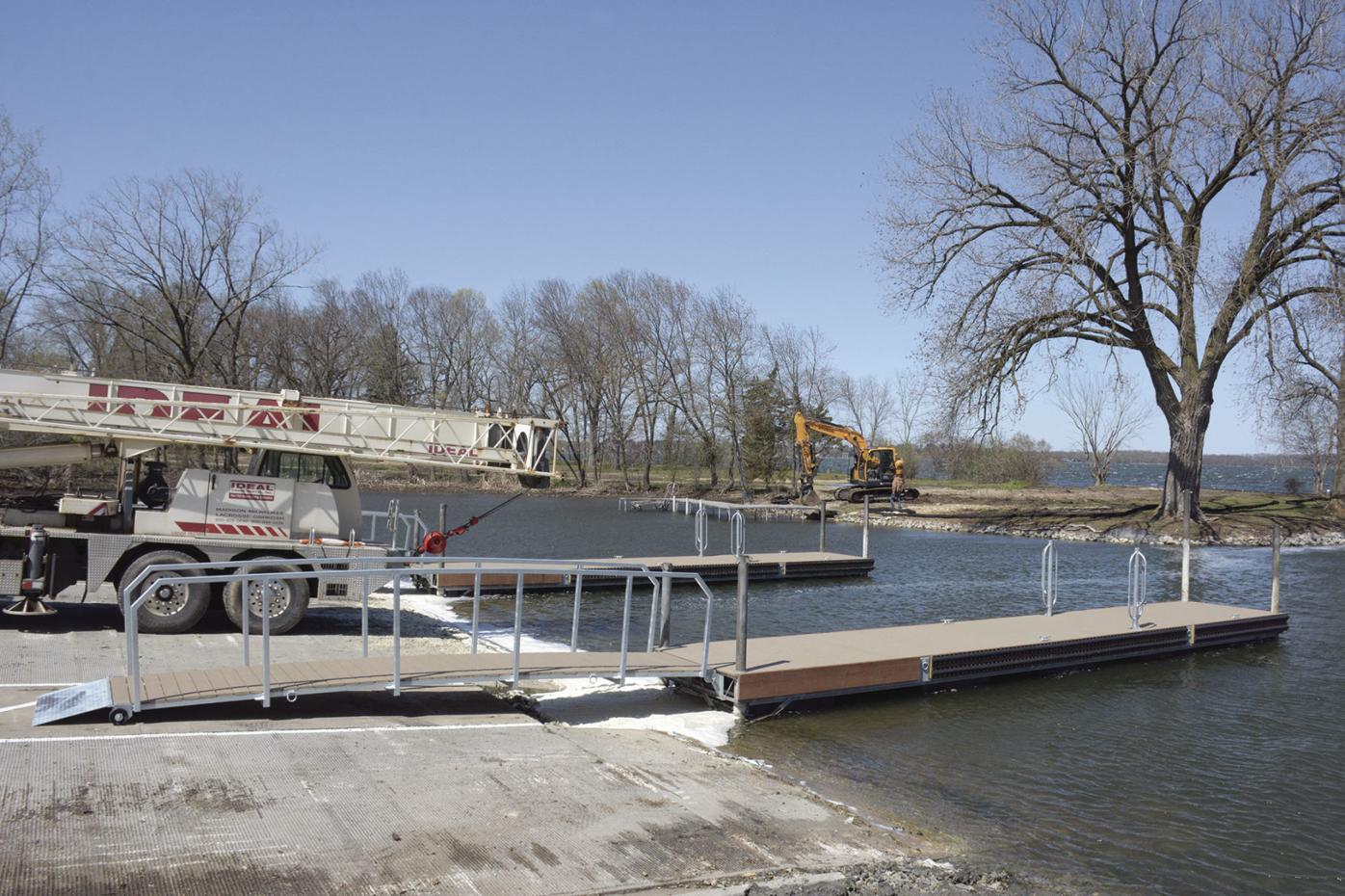 Dane County Parks installed two refurbished piers at Babcock County Park on Thursday, April 30. The crew will be removing an old pier across the peninsula, because it does not meet ADA standards. 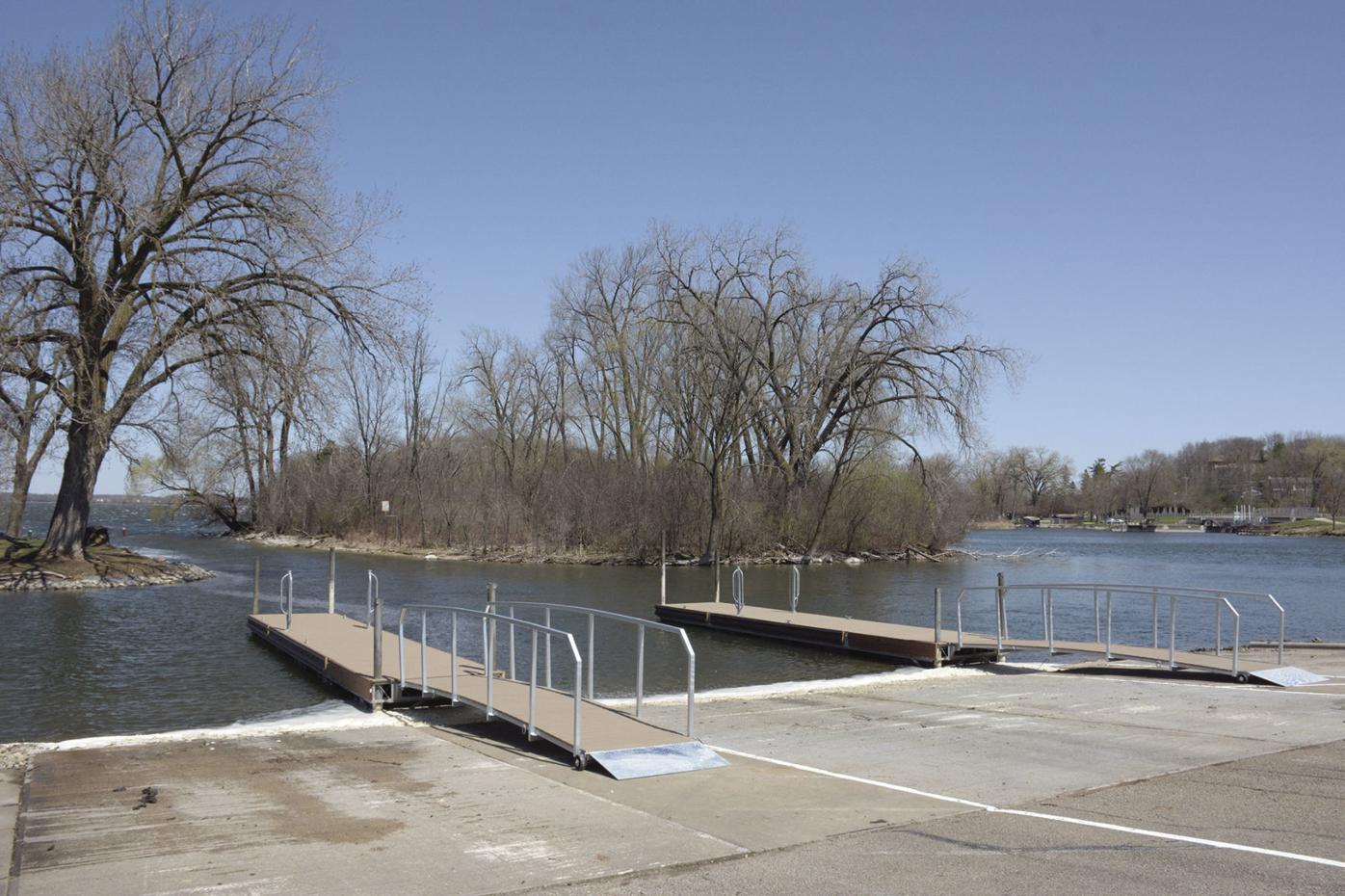 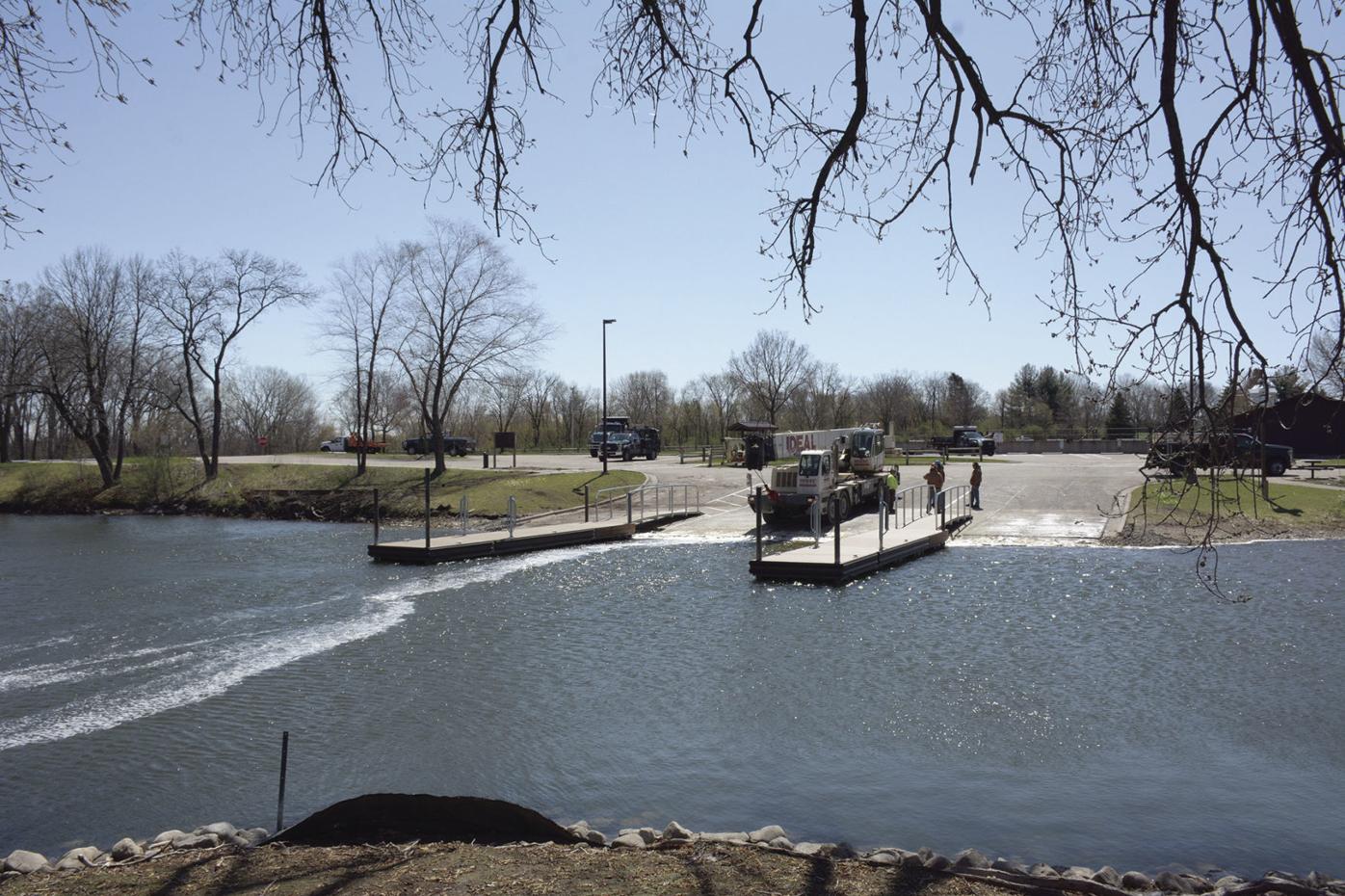 Dane County Parks installed two refurbished piers at Babcock County Park on April 30, as shown from the peninsula that has been purchased for additional park development.

Dane County Parks installed two refurbished piers at Babcock County Park on Thursday, April 30. The crew will be removing an old pier across the peninsula, because it does not meet ADA standards.

Dane County Parks installed two refurbished piers at Babcock County Park on April 30, as shown from the peninsula that has been purchased for additional park development.

An improved Babcock County Park greeted boaters hoping to use the lake access point to launch their boats for the opening of fishing season Saturday, May 2.

A pair of 40-foot long piers were refurbished and reinstalled at the park two days earlier as part of a $1.6 million expansion and improvement project at the park, one of the most popular lake access points in Dane County.

Schwab said ramps were added to each pier to allow for better access and to make them compatible under the Americans with Disabilities Act (ADA). High water levels sometimes made the piers difficult to access.

Schwab said the new piers are lake access only, but a fishing pier is expected to be added soon. One will be installed temporarily while permanent plans are finalized.

The expansion project includes an accessible fishing pier, kayak landing and boat loading assistance station, along with parking improvements at Babcock County Park and the addition of two properties to expand the shoreline.

The county received a $25,000 donation to advance its ADA accessible fishing pier initiative at Babcock County Park. The donation was made by Sally Wilmeth and Terry Geurkink in memory of their children, Jenni and Kyle. The county is working to secure two properties along the south side of the Yahara River that would add more than 650 feet of shoreline along the Yahara River and Lake Waubesa.

Darren Marsh, parks director for Dane County Parks, was pleased with the work done on the piers.

“We rain into a few issues with COVID-19 and parts being held up at the galvanizing plant down in Illinois,” he said. “Babcock Park will be a multiyear project to create the ADA accessible facility that everyone is anticipating.”

The expansion is expected to be complete sometime in 2021.

Later this month, another accessible pier is tentatively planned to go in at Salmo Pond County Park near Black Earth Creek in Cross Plains.

Having more options throughout the county is especially useful amid the COVID-19 pandemic, when the Wisconsin Department of Natural Resources is urging people to fish closer to home rather than traveling throughout the state.

A number of Dane County’s piers already offer some of the accommodations, but stakeholders have identified several more locations where improvements can be made to better connect residents and visitors with the joys of being outdoors.

“We see this project as opening up a wide range of opportunities to participate in our county’s water resources,” said Bill Lunney, president of the Foundation for Dane County Parks, which is spearheading the project’s fundraising.