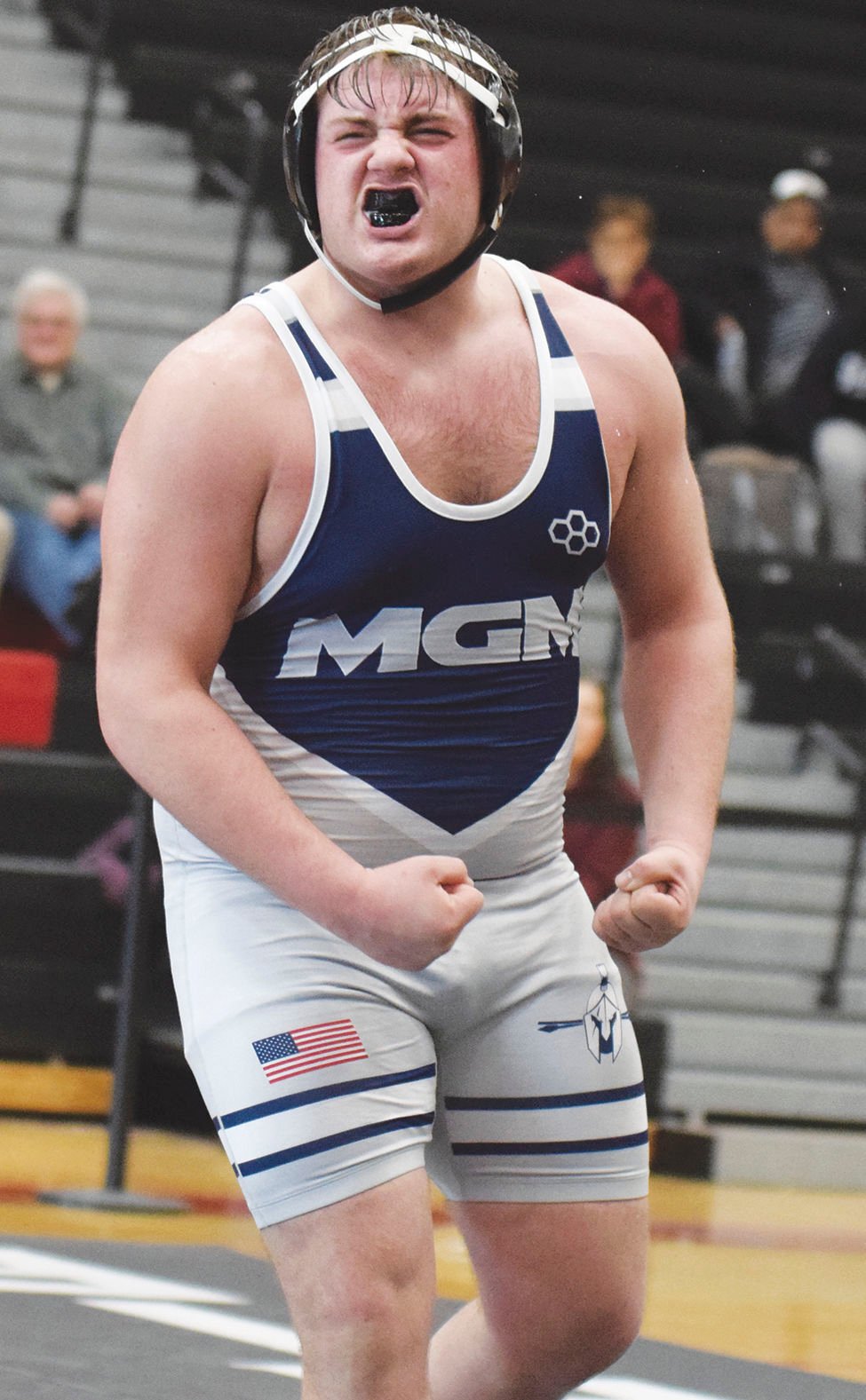 Senior heavyweight Kristian Schlicht will be among the top athletes returning to the Monona Grove/McFarland wrestling co-op this season. He had a record of 31-8 in 2019-20 and won the WIAA regional title. 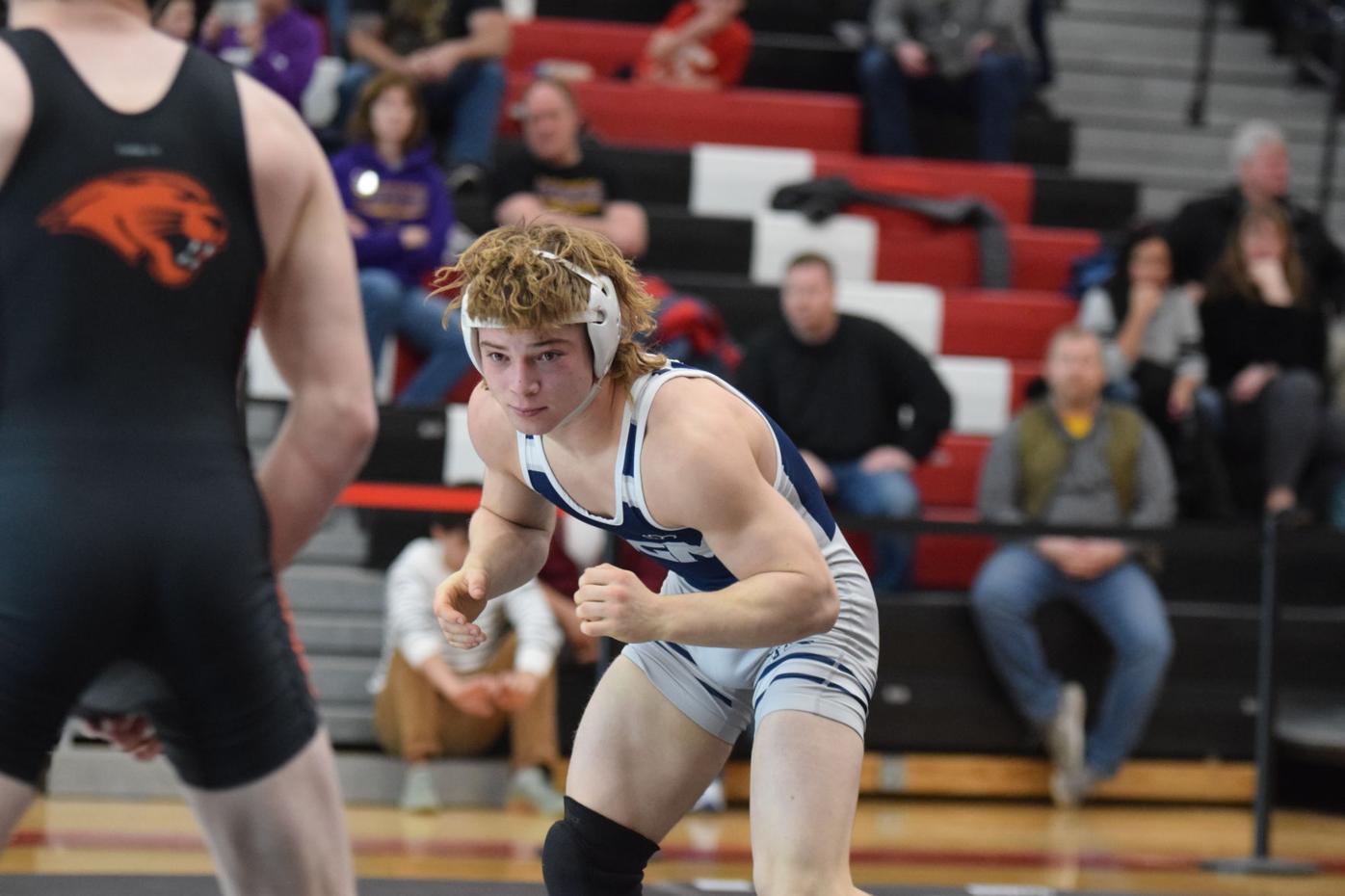 Monona Grove/McFarland wrestling co-op senior Zach Gunderson will be trying to win a second straight trip to the WIAA Division 2 state tournament at 152 pounds. He is currently ranked No. 3 in Wisconsin in his weight class.

Senior heavyweight Kristian Schlicht will be among the top athletes returning to the Monona Grove/McFarland wrestling co-op this season. He had a record of 31-8 in 2019-20 and won the WIAA regional title.

Monona Grove/McFarland wrestling co-op senior Zach Gunderson will be trying to win a second straight trip to the WIAA Division 2 state tournament at 152 pounds. He is currently ranked No. 3 in Wisconsin in his weight class.

The schedule is going to be very short this season, but the Monona Grove/McFarland boys wrestling co-op is working hard to prepare for the postseason, which is scheduled to begin Jan. 30 with the Wisconsin Interscholastic Athletic Association (WIAA) Division 2 regionals.

The team had a triangular meet with DeForest and Milton this week at Milton High School and a quadrangular at Baraboo High School is scheduled for Jan. 23.

Co-head coach Karl Voeck said the team has been practicing hard and showing enthusiasm with the postseason coming up in a little over two weeks.

“We are fortunate that most of our team has previous wrestling experience, so the goal is to get them in wrestling shape, getting them comfortable being uncomfortable. We run all social distant individual workouts for our wrestlers, which, at this time, is better than nothing,” Voeck said. “It tests our wrestlers mental toughness even more, since they are pushing themselves and having to have the right mindset to get their conditioning where it needs to be for a live wrestling match.”

Practices have required modifications due to the COVID-19 pandemic. Dane County guidelines have placed limits on the number of people allowed at gatherings and implemented strict social distancing guidelines.

McFarland High School senior Zach Gunderson will seek a return trip to the state tournament after qualifying in 2020 at 152 pounds. Gunderson already has more than 100 wins in his career, and he is focused at getting another crack at the state’s best wrestlers.

“Zach has shown great resilience this offseason as he was met with challenges on and off the mat. He continued to train and compete with a local club, and he has shown great improvement from last year,” Voeck said. “This was evident when we competed in national-level events beating state champs and state runner-ups from other states in those events, as well as college-level wrestlers.”

Gunderson is currently Wisconsin’s No. 3 ranked wrestler at 152 pounds and the reigning Badger Conference champion.

According to co-head coach Doug Peterson, Gunderson is hoping to major in engineering in college and a number of schools have courted him for their men’s wrestling teams, including the Milwaukee School of Engineering, the University of Wisconsin campuses at Whitewater, Stevens Point, Platteville and La Crosse, Luther College and Wheaton College.

While qualifying for state again would be a great achievement for Gunderson, Voeck said he is getting the team to stay focused on the two meets scheduled before the postseason.

Another key returnee to the co-op is Monona Grove High School senior heavyweight Kristian Schlicht. He had a record of 31-8 in 2019-20 and won the regional title.

Schlicht wants to major in education, and several colleges have shown interest, including the UW campuses of Parkside, Platteville, Whitewater, La Crosse and Eau Claire, and Coe College in Iowa.

Starting her first year of wrestling will be 152-pound Olivia Pili, the team’s only female competitor.

Two freshmen will also be on the roster: 120-pound Trycen Blake and 145-pound Schawn Thao.

Peterson said the wrestlers came into practice understanding the team culture and how hard work can lead to rewards on and off the mat.

“They came in day one this year looking like they’ve wrestled before, and they understand the grind of what it takes to become successful,” he said. “A lot of guys are taking advantage of practice reps and mental reps. They’re learning to be self-starting individuals training on their own or entering clubs and tournaments to get more reps. They’ve also been very tight knit throughout the offseason. That camaraderie alone in a co-op is huge.”