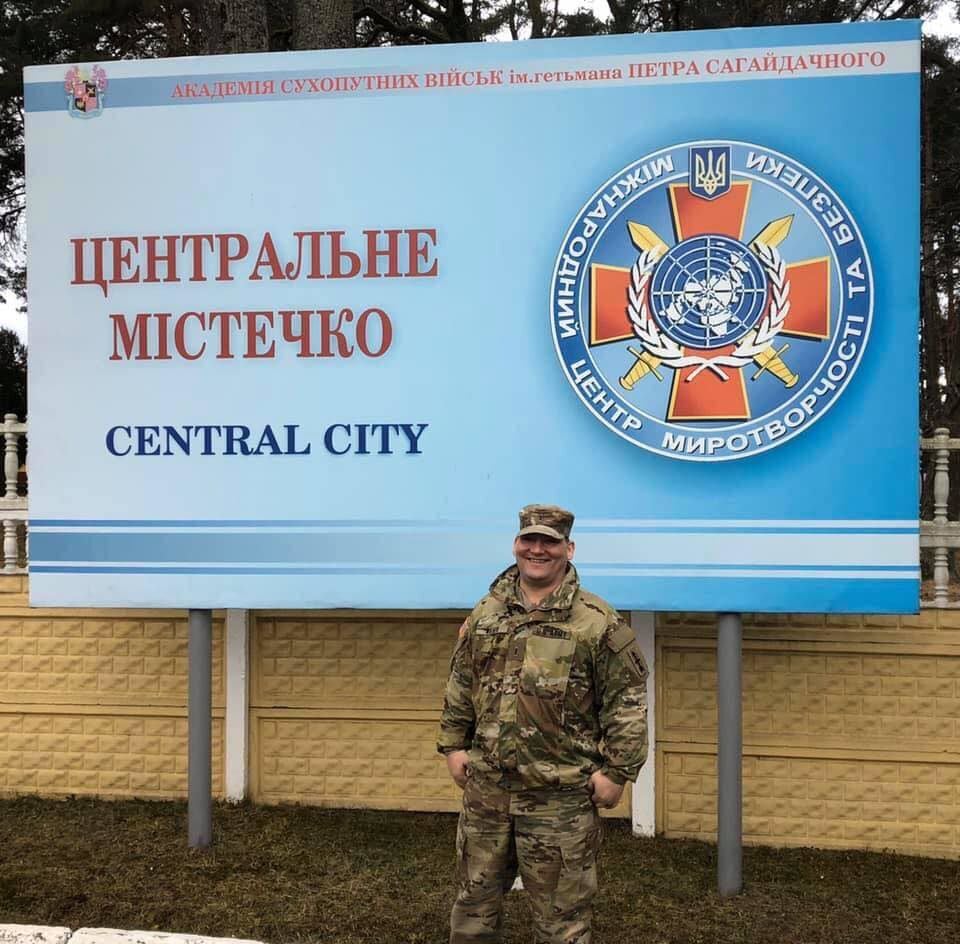 Nathan Weier poses for a photo at the International Peacekeeping and Security Center in western Ukraine. 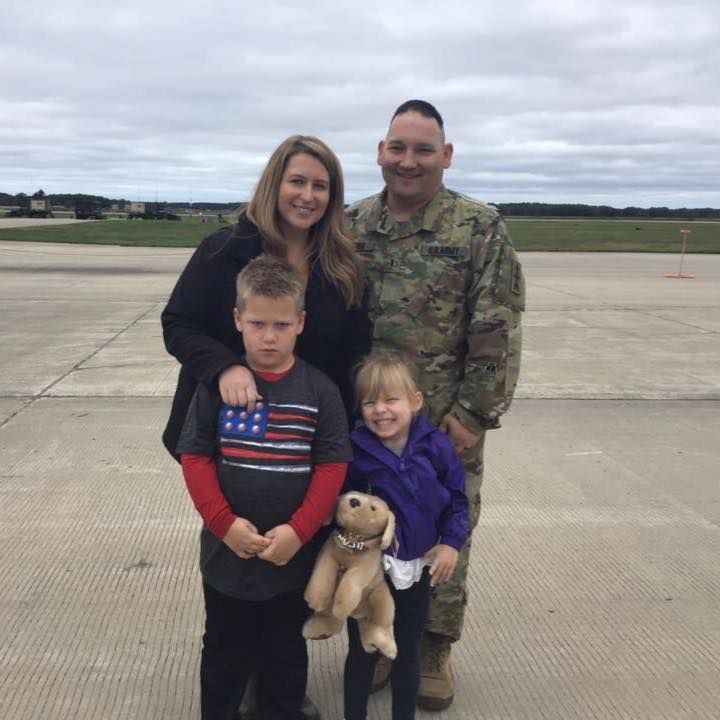 Weier, pictured with his wife and kids, now ages nine and five. 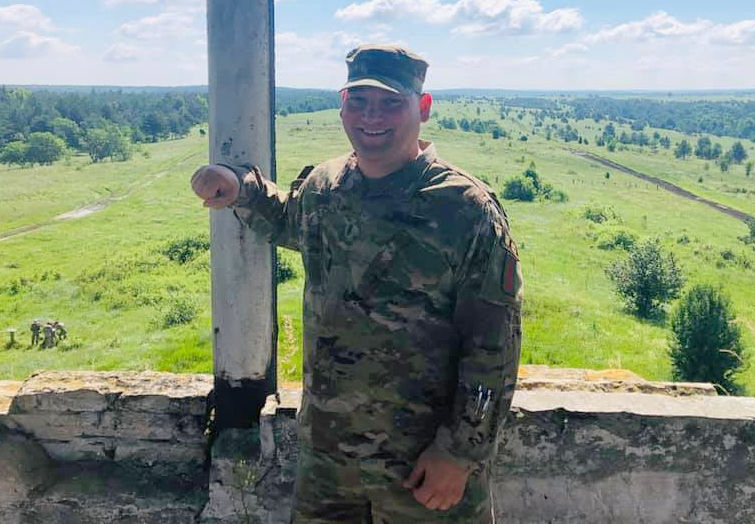 Weier while on mission in Ukraine. He has served over 20 years in the military and is set to retire in June of 2021.

Nathan Weier poses for a photo at the International Peacekeeping and Security Center in western Ukraine.

Weier, pictured with his wife and kids, now ages nine and five.

Weier while on mission in Ukraine. He has served over 20 years in the military and is set to retire in June of 2021.

Times are a little weird for everyone right now. Add on being on a military deployment halfway around the world, and it can make for an interesting 10 months.

McFarland resident Nathan Weier began his most recent deployment on his birthday, Oct. 4, 2019, a trip to Ukraine with the Army National Guard. Then in the early spring, COVID-19 began sweeping the globe.

That forced Weier and his three roommates to work out of a small shared living area, shutting down their gym and barber, canceling all trips off post and making their mission a little more difficult.

Weier’s mission was to help advise Ukraine’s combat training center instructors, with eyes on integrating Ukraine into NATO, he said.

His deployment began in Texas for medical checks and training, before flying out to Germany and taking an 18-hour bus ride to Ukraine. There, he connected with military staff from Canada, Poland, Sweden, Lithuania and the United Kingdom.

“That was kind of really interesting getting to work with all these different countries under the NATO umbrella,” he said, noting that the everyone would get together and learn about each other’s cultures during themed group gatherings.

Prior to COVID-19, he would also be allowed off base on Sundays to explore the country. He got to take a four-day trip to Ukraine’s capital city of Kyiv and he was planning a trip meet his wife in Paris for some European sight-seeing while he had two weeks of leave in March.

Unfortunately, that didn’t happen. Less than nine hours before they were scheduled to leave, countries began to put travel bans into place due to COVID-19. Not wanting her to get stuck in Europe, they canceled the trip. He tried to come back to the United States to see family, but he would have needed to travel through Germany, and that wouldn’t have been allowed due to travel restrictions.

That meant a longer stretch without seeing family and more time with his roommates in Ukraine.

“Luckily with my roommates, we have ways to entertain ourselves,” Weier said, saying they would watch movies and play games on a Nintendo Switch. “It wasn’t too horrible.”

Fortunately, it was also a fairly safe overseas military mission. While Ukraine has seen dangerous conflict on its eastern border with Russia that has resulted in civilian casualties, that conflict wasn’t evident where Weier was stationed, only about an hour from the Ukraine-Poland border.

He did have his debit card hacked once after a trip to Kyiv, but overall, he said he always felt safe. It wasn’t like Iraq, where he always had to be mindful of explosives.

No matter where you are, however, it still doesn’t compare to being home. When his mission was up, it was an emotional arrival home in August.

“When I went to Iraq [in 2003] I was single,” he said. “I didn’t have kids, I wasn’t married, so coming home it was my mom, dad and brothers that showed up, so that was cool, but this time around my kids are now five and nine, so that was pretty emotional to see them.”

He was also greeted at Dane County Regional Airport by McFarland Fire and Rescue, who arrived in their fire trucks to surprise him upon his arrival home.

“That was pretty awesome. Not very many get that welcome home,” he added.

For Weier, this was his last trip abroad with the Army National Guard. He’s set to retire in June at age 40. He has his master’s degree in emergency services management and will pursue work in that field.

He hopes to be back in Europe one day, just in a little bit different fashion.

“Maybe someday my wife and I can get over there,” he said.