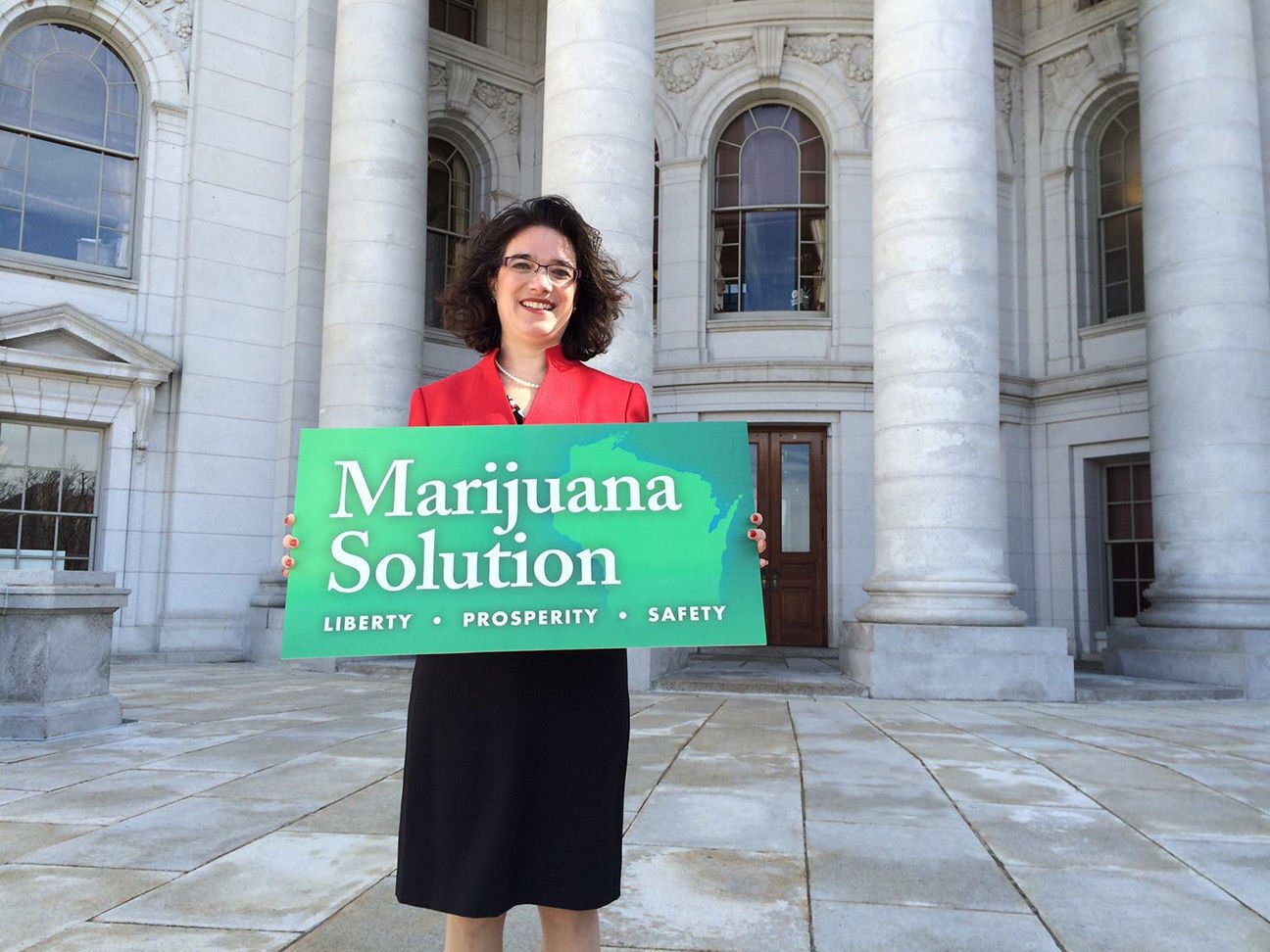 Sen. Melissa Agard poses outside the state capitol building with a sign for cannabis legalization. 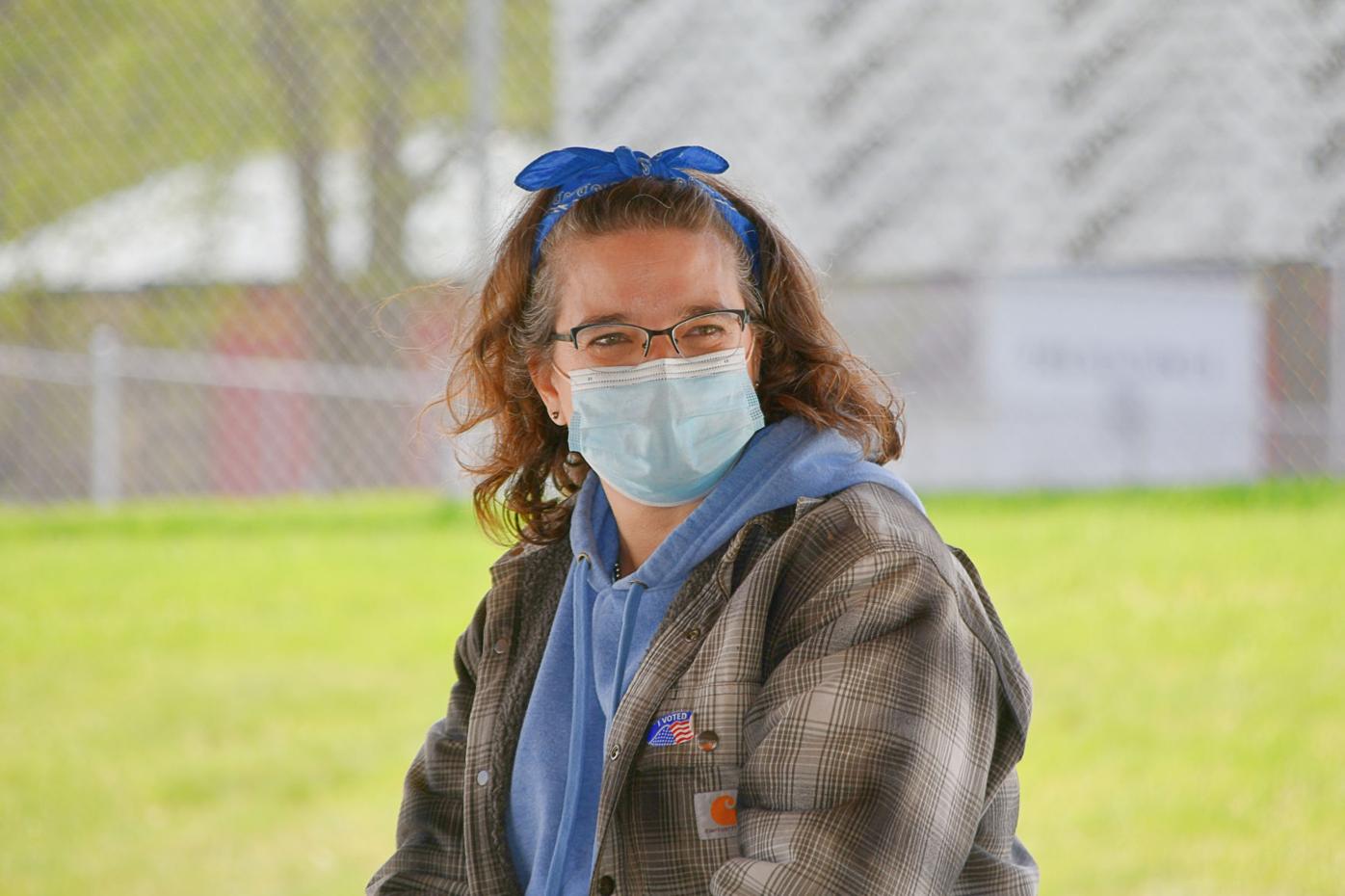 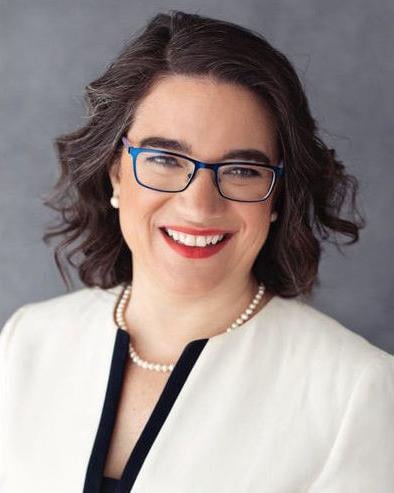 Sen. Melissa Agard poses outside the state capitol building with a sign for cannabis legalization.

A single mother of four and newly elected state senator may just be Wisconsin’s political champion for cannabis legalization.

Wisconsin State Sen. Melissa Agard (D-Madison) represents the state’s 16th district, which covers areas of Monona, Cottage Grove, McFarland, and more. Agard was elected to her state senate seat in November 2020, with a promise along the campaign trail to legalize recreational cannabis use across Wisconsin.

Admittedly, Agard wasn’t always a standout supporter of legalized cannabis. It wasn’t until she hit the campaign trail in her 2012 run for state assembly that she said citizens across Wisconsin transformed her thinking.

“When I first ran for state legislature about nine years ago… cannabis legalization was not a big item on my platform, but after I was on the campaign trail, a number of people came forward and shared with me how cannabis prohibition had negatively affected their lives,” Agard said.

“After I was elected, that narrative continued, so I started doing a bit of research… and my mind was changed,” she went on to say. “It took talking to and listening to people from all across our state with very diverse stories to convince me that this was something that I needed to take on.”

Currently, the only legal form of cannabis permitted in Wisconsin is the use of CBD oil. Agard said she believes cannabis should be fully legalized, taxed, and regulated just the same as alcohol in Wisconsin, a move neighboring states like Illinois and Michigan have already made.

Early in her state assembly career, Agard wrote and put forth a bill that would do just that. Due to lack of support from Republican colleagues in the state legislature, though, the bill never gained the traction it needed to pass.

“The Republican leadership in the capitol building... they don’t have an appetite to move forward with [legalizing cannabis],” she said. “When I’ve talked to folks who are opposed, it seems very much to me that they don’t have current or valid information that they’re basing their opinions off of.”

In an interview last month with the Herald-Independent, Agard said she would be prepared to reintroduce marijuana legislation as a standalone bill if it was shot down in Evers’ budget proposal.

“It’s very clear that prohibition did not work with alcohol and it isn’t working with cannabis either,” she said. “The most dangerous thing about cannabis right now in Wisconsin is that it’s illegal, and by legalizing it, we can provide for more safety, security, and prosperity for our citizens... it’s never too late.”

She released a statement Thursday, saying, “If Republicans want to take up these issues separately, then let’s actually take them up. I call on my Republican colleagues to move the polices forward that they claim do not belong in the budget. Let’s discuss these policies on their merits in public hearings, executive sessions, and on the floor. We all lose when we ignore the will of the people. Shame on Wisconsin Republicans for ignoring them now.”

Despite roadblocks like last week’s Joint Finance Committee vote, there are some Wisconsin Republicans who, in recent years, have shown some interest in moving closer to the legalization of cannabis.

In 2019, Sen. Kathy Bernier (R-Chippewa Falls) introduced a bill that would legalize cannabis for medicinal purposes. The bill made no mention of legalizing the drug for recreational use, however.

In February of this year, Bernier was a strong critic of Gov. Tony Evers’ choice to include the legalization of recreational cannabis in his 2021 budget proposal.

“I support the concept of the bill that... I introduced last session regarding medical marijuana,” Bernier said. “The federal government still considers marijuana as a Schedule 1 drug. I believe that needs to be changed. However, it is clear there is not legislative support for this change, just as there was not an appetite for the medical marijuana bill I introduced last session. Rather than acknowledge that, the Governor decided to issue a half-baked scheme to legalize recreational marijuana on Super Bowl Sunday, barely a week before his budget address.”

In March, Bernier again introduced a cannabis bill, this time one that would work to decriminalize the drug by reducing possession fines and eradicating the required six month prison sentence that typically accompanies a possession charge.

“The bottom line is, [Evers] knows, I know, we know that the Republican legislature is not going to [fully] legalize marijuana, per se,” said Bernier. “So, let’s talk about the things we can do, and work together.”

Agard said that while legislative pushes for legalization from across the political aisle like Bernier’s are a step in the right direction, it’s still not as progressive as she’d like to see.

“It’s always refreshing to see my Republican colleagues being willing to engage in these conversations and be thinking about how the prohibition of cannabis in Wisconsin has been affecting our community, and certainly any steps we can make there are appreciated,” said Agard. “However, I don’t believe that by decriminalizing cannabis or by decreasing fines and fees that we are doing everything that we can to make sure that Wisconsin is a more fair and just community for everyone.”

Along with economic benefits, Agard said her biggest motivation in pushing for cannabis legalization is the impact it would have on issues of social justice.

A March report from the Milwaukee County District Attorney revealed that Black Wisconsinites are 4.2 times more likely than white Wisconsinites to be arrested on cannabis-related charges.

She said from taxes and licensing fees alone, the state could bring in more than $160 million in revenue if cannabis were legalized. According to Agard, legalization would also give a boost to local Wisconsin farmers, including many who are struggling with revenue during the COVID-19 pandemic.

When asked why Wisconsin seems to be late in the game on cannabis legislation in comparison to the rest of the Midwest, Agard said it all comes down to gerrymandering.

“It really all boils down to our highly gerrymandered state,” she said. “I’m hopeful that in a year where we’re redrawing the boundaries of our legislative districts, they’re done so in a more fair way and that the will of the people is actually respected in our policy making, in a way that it hasn’t been over the past decade.”

Gerrymandering was one topic that came up last week when Agard traveled across the district for seven listening sessions at area parks.

Wisconsin last drew state legislative and congressional district maps 10 years ago, in 2011. With new districts set to be drawn this year, Agard said she thinks this issue could continue into next year.

She said if she could look into a crystal ball, she believes “the legislature will vote on policy... by the majority party,” Evers will veto it and it will go to the courts. She hopes it will finish this year, but it could get caught up in the court system.

She said at her Cottage Grove listening session on Thursday that the currently gerrymandered districts don’t represent the values of the state of Wisconsin.

It’s “not what represents the will of the people,” she said.