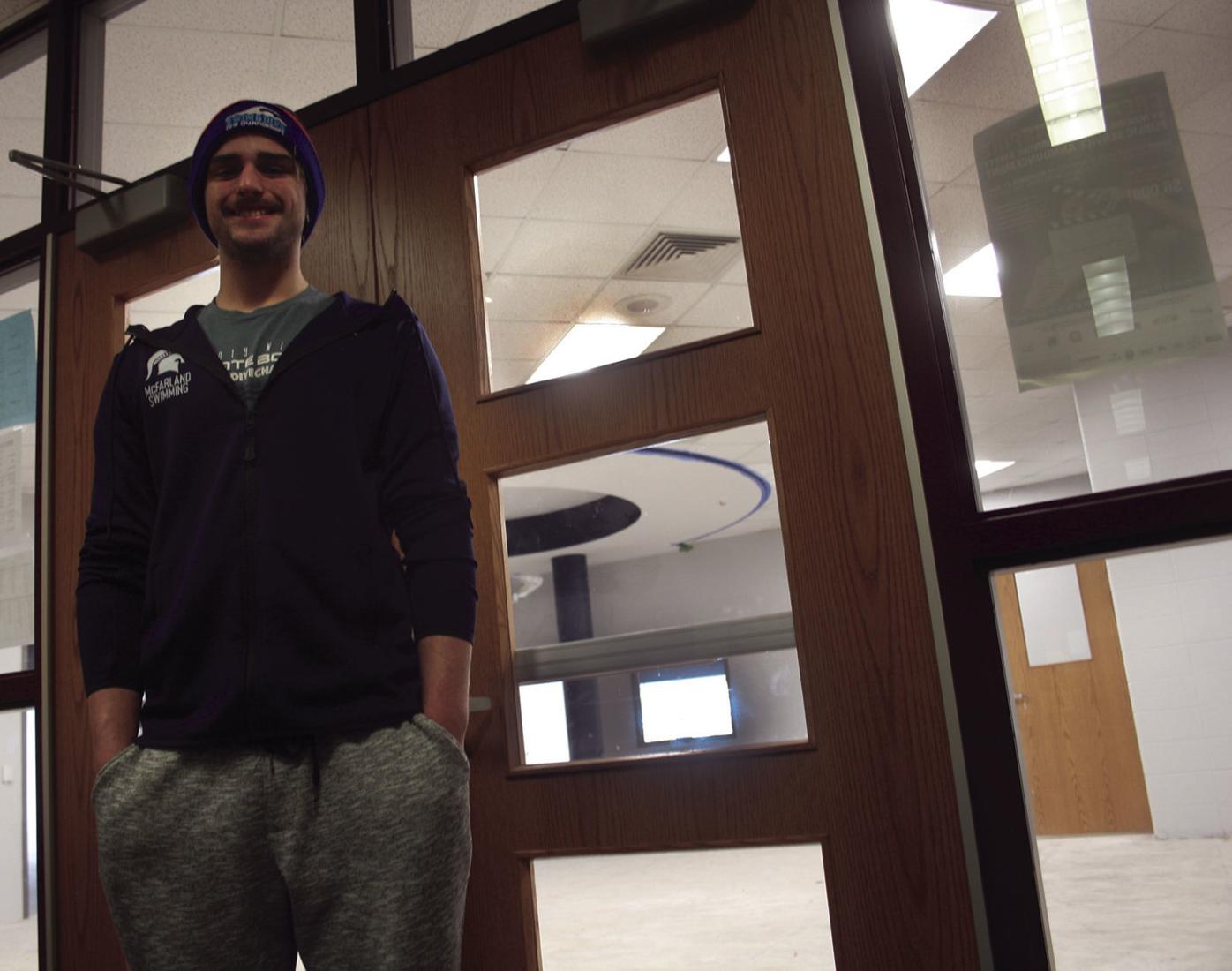 Alton Slane stands at the entrance of the new business and marketing classroom space. The space used to be the library, which was moved to the newly constructed second floor. 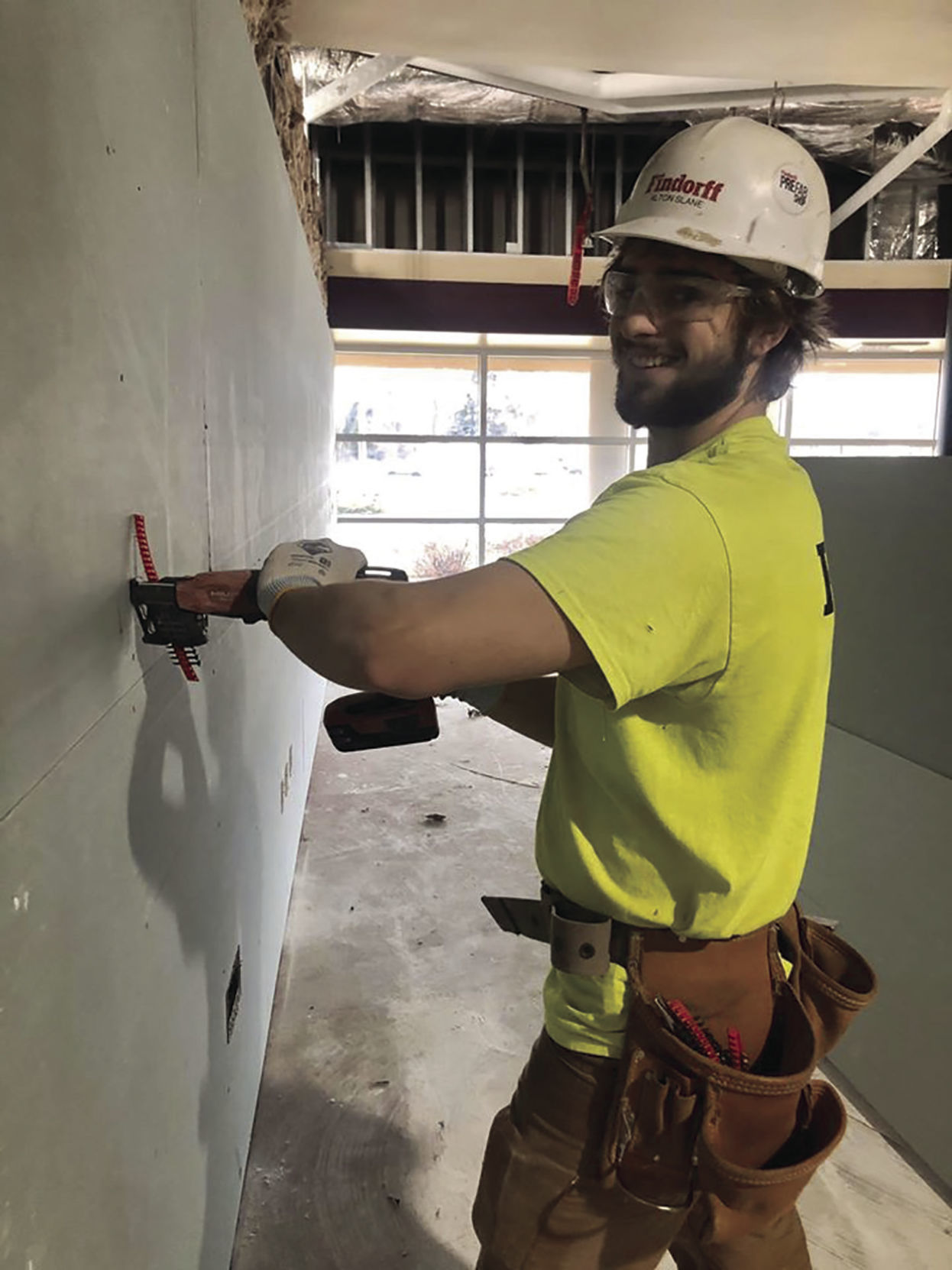 Alton Slane works on the business and marketing classrooms at McFarland High School during the renovation process. 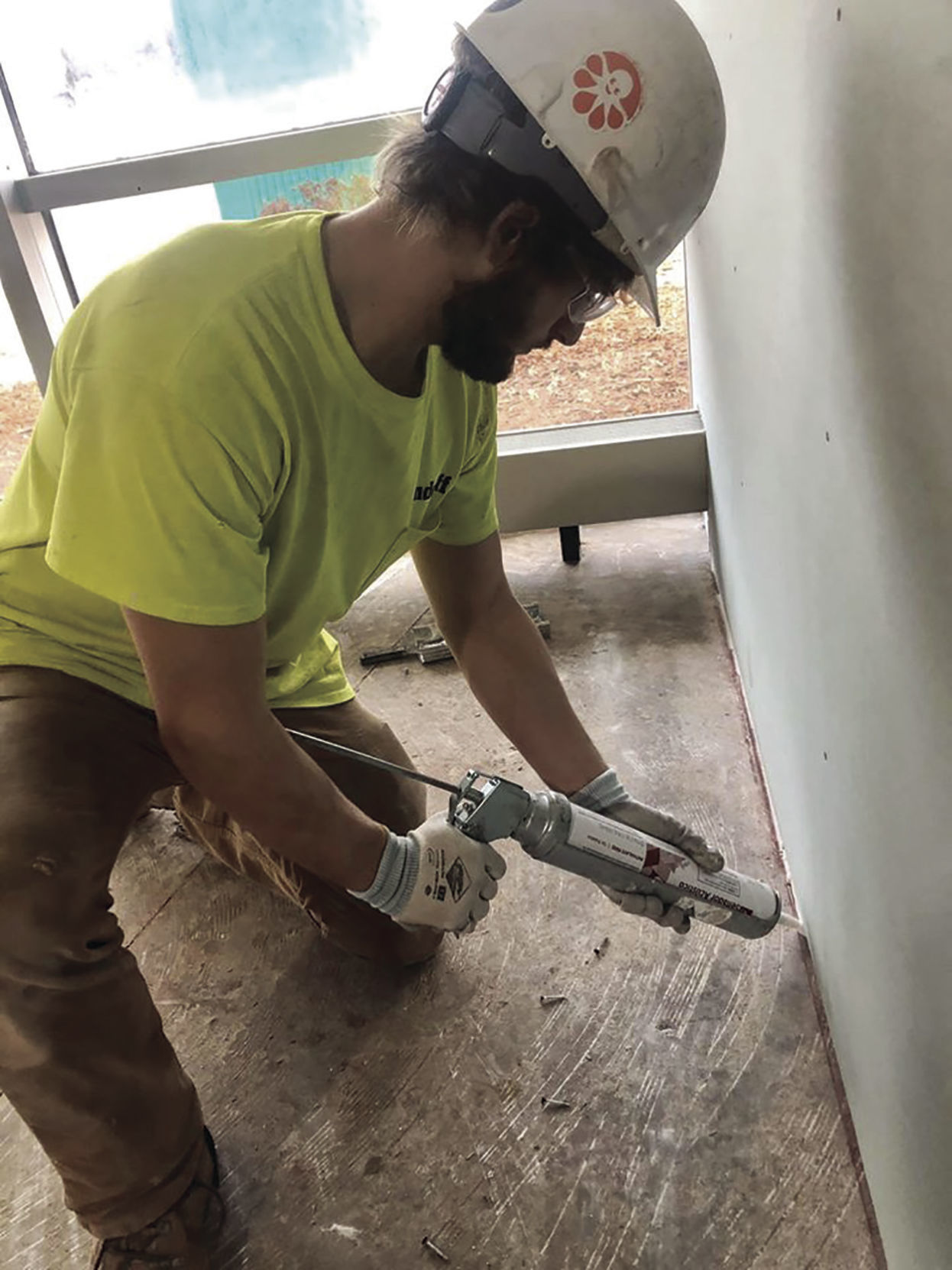 Alton Slane had the opportunity to work on various parts of McFarland High School, including the business and marketing classrooms, second floor, aquatic center and performing arts center, during his apprenticeship with J.H. Findorff & Son Inc.

Alton Slane stands at the entrance of the new business and marketing classroom space. The space used to be the library, which was moved to the newly constructed second floor.

Alton Slane works on the business and marketing classrooms at McFarland High School during the renovation process.

Alton Slane had the opportunity to work on various parts of McFarland High School, including the business and marketing classrooms, second floor, aquatic center and performing arts center, during his apprenticeship with J.H. Findorff & Son Inc.

When Alton Slane walks around the newly constructed areas of McFarland High School, he can see the fruits of his labor.

Slane started a Youth Apprenticeship (YA) program with J.H. Findorff & Son Inc. as a junior in October 2018 and has worked on the school since the pool and auditorium were “just holes in the ground with some walls,” he said.

Now a senior, Slane is getting ready to wrap up his work at the high school and move to other areas with Findorff in three weeks.

“The first thing that I did on my first day was pour a hallway – pour concrete – back by the auditorium,” Slane said. “I saw that whole thing go from walls with a big dirt floor to a giant college-level auditorium.”

When the construction of the new auditorium was concluding, Findorff focused on the pool.

Slane, a member of the swim team, recalls removing gear from the pool where he spent countless practice hours to later be placed in the new pool area.

The old pool was drained and filled with foam. Gravel was put over the foam followed by concrete. The area now operates as the school’s weight room.

Slane learned to balance his YA and academics with being a member of the swim team.

“They’re really cooperative though, so if I have to take off for a practice or a meet, they know and they understand,” he said. “Being a swimmer, I definitely feel it when I get in the water that day, especially when I was laboring all day. If I was out pouring concrete all day, I get in the water and I can’t feel my arms, but it’s something you get used to.”

He describes seeing the new career and technical education areas and second floor addition “from the ground up.”

He did not see himself attending college and became interested in construction, the field his brother works in, so he joined the YA program.

“The apprenticeship is a big opportunity to get into, especially when you’re in high school, because not many kids can say they have a job in high school and then have a full-time job the day that they graduate,” he said.

The YA program covers a variety of topics, including marketing, business and nursing. Students either spend half the day at school and half at work or switch off full days at each.

In the beginning, he was paired up with a more experienced crew member but now completes jobs on his own.

“When I first started it was tough. I had no knowledge of what I was doing, but Findorff was really leading me through it,” Slane said.

He worked with carpenters, masons and concrete laborers to learn about the field and figure out what he enjoys.

“I got a taste for everything and got to see what they really do,” Slane said. “That’s what actually opened my eyes to the carpentry, and that’s what I’m going toward now.”

He let his job superintendent know he was gaining in interest in carpentry, especially finishing carpentry, which involves installing cabinets, countertops and trim. He also got to try his hand at putting in drywall and steel studs.

Slane said it will be strange not seeing construction workers walking around, as students have become accustomed to them.

Slane is looking forward to graduating from MHS, hopefully walking across the stage already hired.