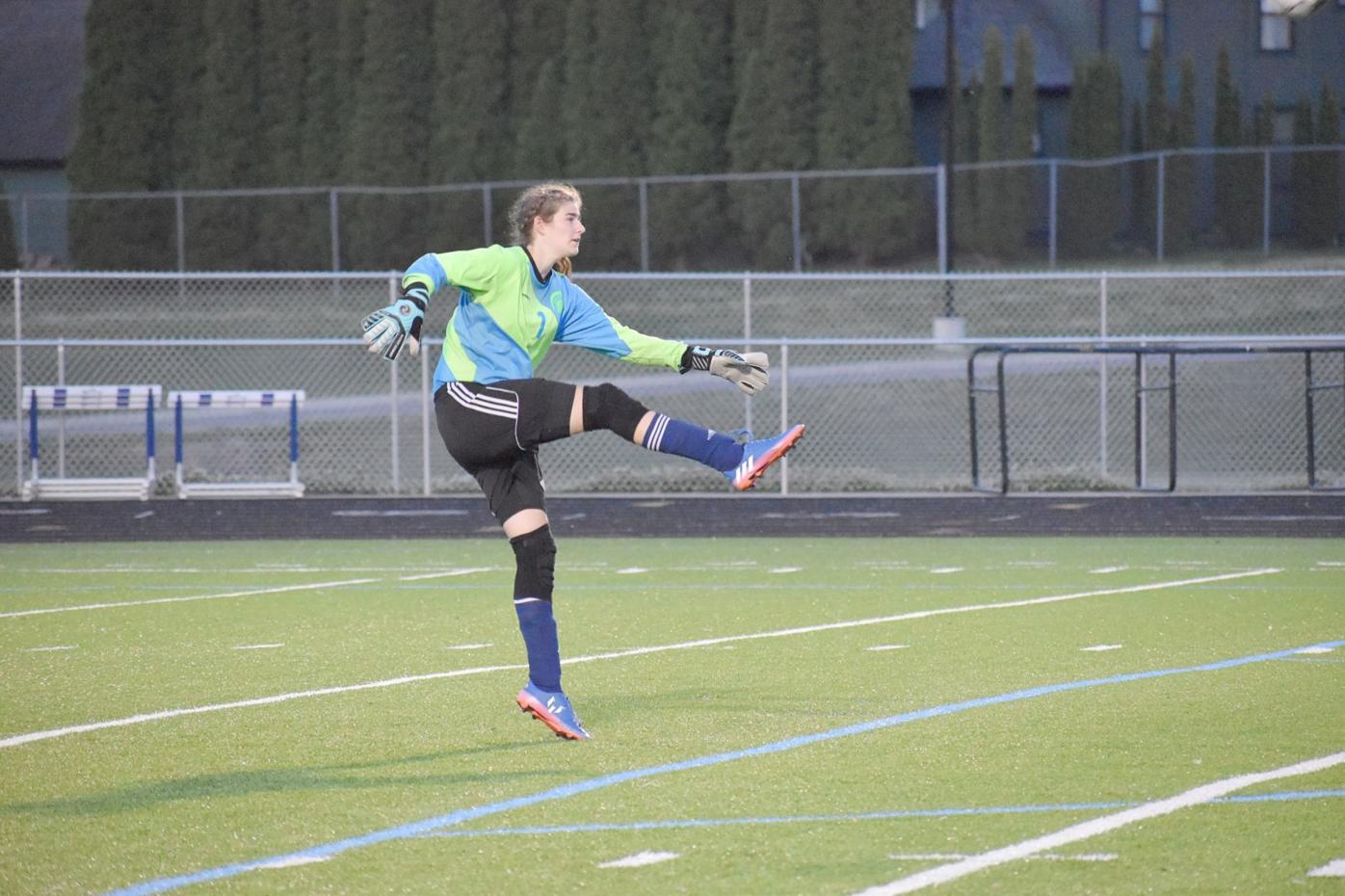 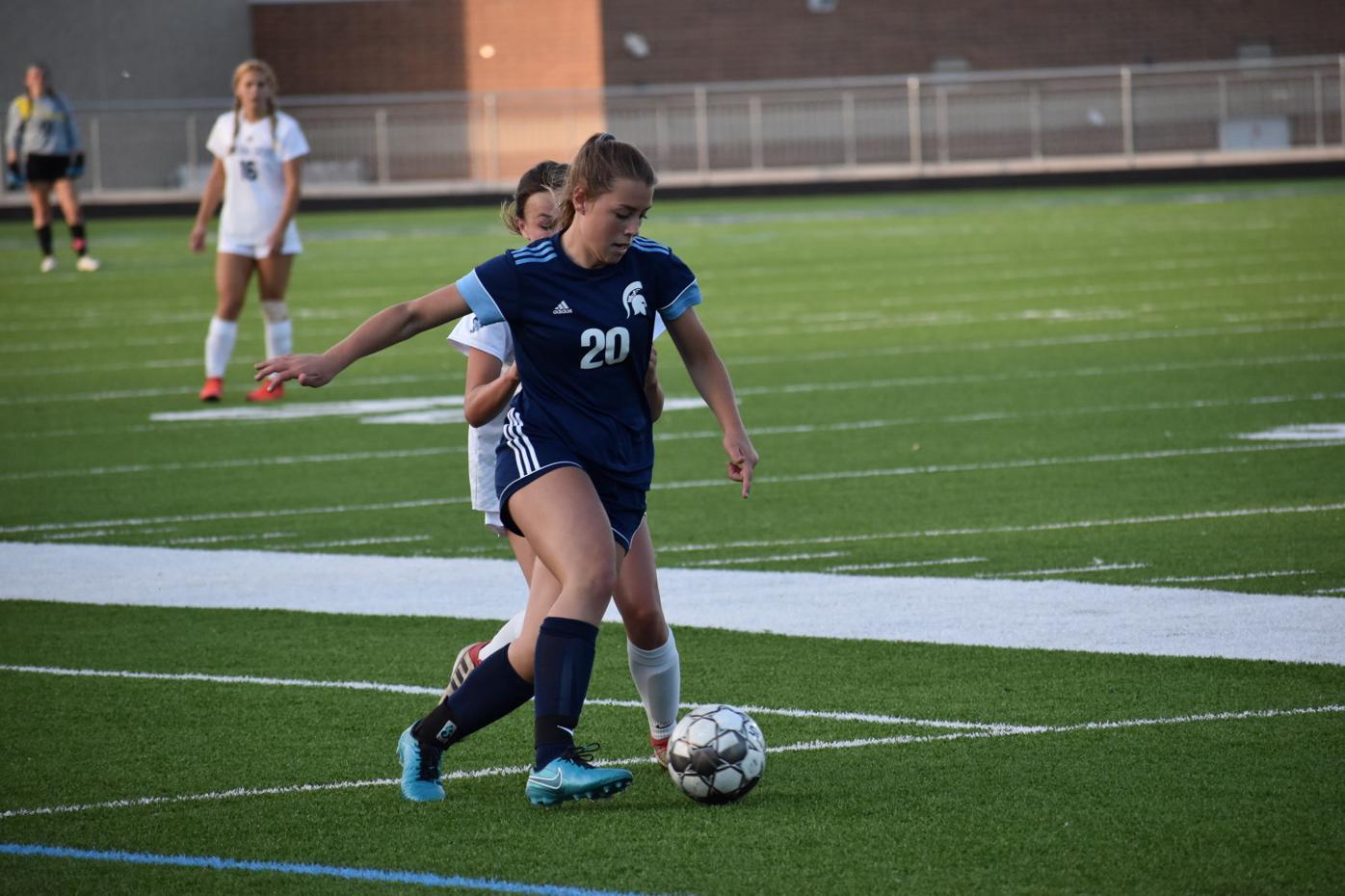 Freshman Ava Dean dribbles the ball out of pressure in McFarland’s 1-0 victory over Monona Grove on Tuesday, June 1.

Freshman Ava Dean dribbles the ball out of pressure in McFarland’s 1-0 victory over Monona Grove on Tuesday, June 1.

McFarland captured the 2021 Rock Valley Conference Championship with a 3-1 victory over Evansville on Thursday, June 3.

In a battle where both teams were undefeated in conference play, the Spartans came out victorious. The win gives McFarland a 7-0 record in Rock Valley Conference matches, while ending its regular season at 11-0.

“We created a lot of opportunities up top, we’ve been working on those, we just didn’t finish a lot tonight,” said McFarland head coach TJ DiPrizio. “Katie had two huge saves back there that kept us in the game. We had plenty of chances up top, we just couldn’t finish.”

The Spartans got on the board in the 12th minute after junior Avery Pennekamp found senior Sydney Feldner for a goal.

In the second half, Hildebrandt had two saves that helped the Spartans hold the lead. Hildebrandt laid out to save a penalty kick in the 55th minute and used her 6-foot-2-inch height to stop a shot from reaching the top corner of the net.

“These two saves might be two of my favorites of hers,” said DiPrizio about Hildebrandt’s performance.

McFarland held on to the 1-0 lead, sending the 2021 seniors off with a victory. The 2020 seniors were also recognized before the game since they were unable to have a season.

“They put a lot into this program. It was a great night to be able to say thank you to those seniors, and the seniors from last year that didn’t get a chance to have a senior night,” said DiPrizio. “They got their banners up and everything, but it’s a great way to say thanks. Some of these girls don’t always get the recognition they deserve and it’s nice to take a step back and give them that.”