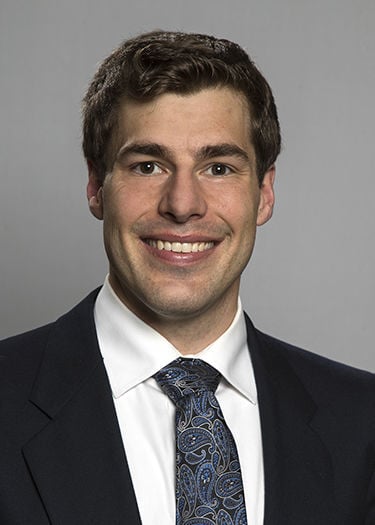 Drew Birrenkott graduated from McFarland High School in 2009 and after earning his Bachelor’s degree from the University of Wisconsin-Madison earned a Rhodes scholarship that allowed him to study at Oxford University in England for three years. He will begin life as a physician after his graduation from the Stanford University School of Medicine in 2021. 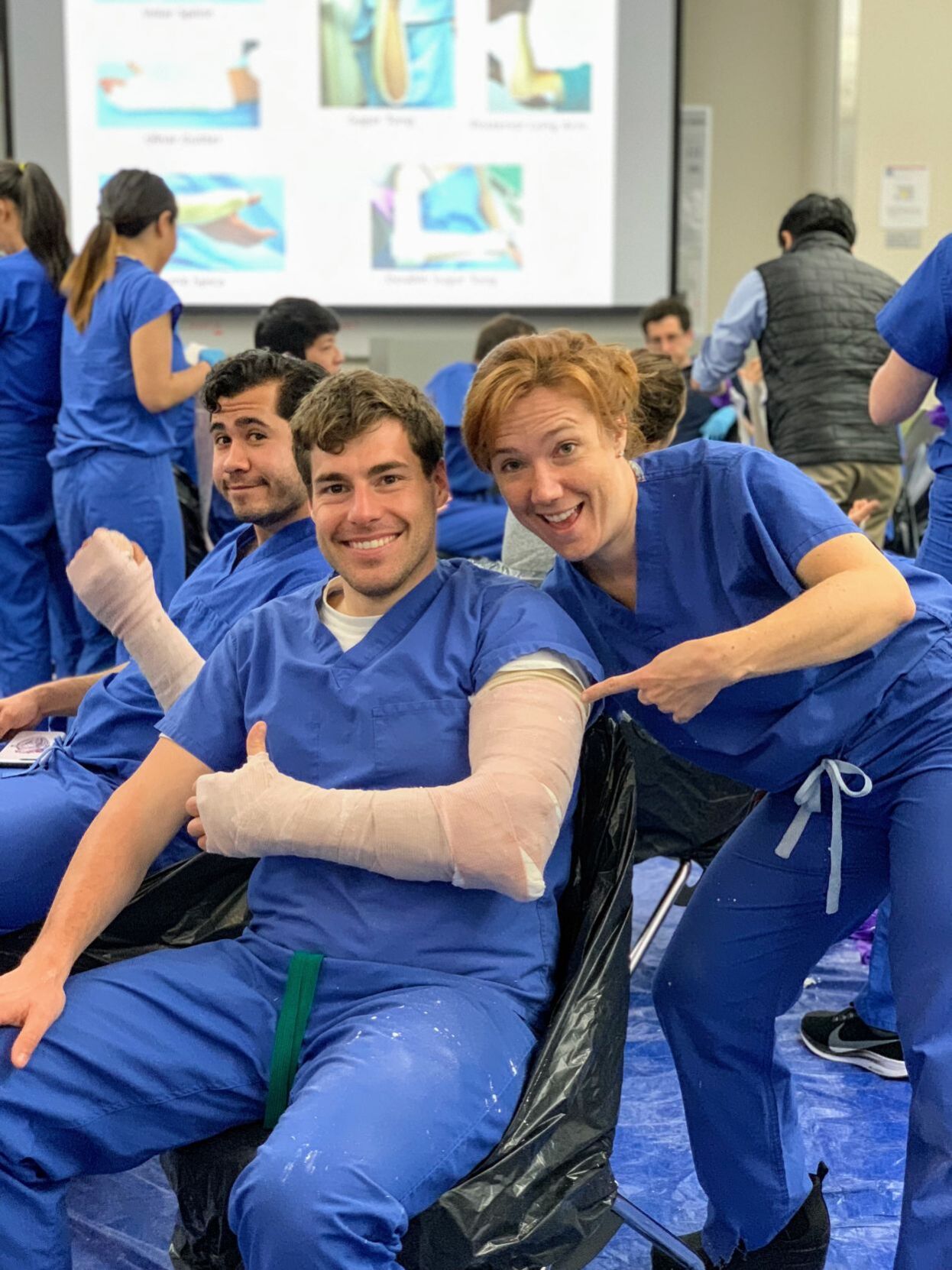 Drew Birrenkott, front left, shares a fun moment during one of his courses at the Stanford University School of Medicine. The McFarland native, who studied three years at Oxford University in England after earning a Rhodes scholarship, will graduate from Stanford in 2021. He hopes to become an emergency medicine physician.

Drew Birrenkott graduated from McFarland High School in 2009 and after earning his Bachelor’s degree from the University of Wisconsin-Madison earned a Rhodes scholarship that allowed him to study at Oxford University in England for three years. He will begin life as a physician after his graduation from the Stanford University School of Medicine in 2021.

Drew Birrenkott, front left, shares a fun moment during one of his courses at the Stanford University School of Medicine. The McFarland native, who studied three years at Oxford University in England after earning a Rhodes scholarship, will graduate from Stanford in 2021. He hopes to become an emergency medicine physician.

Drew Birrenkott has been a life-long learner and a student who has accomplished so much in his first three decades of life. However, when he graduates from the Stanford University School of Medicine next year, it will be the first time since the age of three he will not see the inside of a classroom. He will devote everything he’s learned so far into becoming a productive member of his community at whatever hospital he works as a physician.

Community service has been an important part of his life growing up in McFarland, where he graduated from high school in 2009.

In the second grade, he had a number of people in his neighborhood sign a petition to bring back a tornado siren that went off several times a day.

“They took that away and I wanted it back,” Birrenkott said. “The village board kindly let me present the petition, but decided that to have the siren go off was very intrusive. Still, I was very excited they let me to be a participant in the community.”

Birrenkott would later work with the McFarland Parks and Recreation Department on installing new playground equipment so he could be promoted to Eagle Scout during his time with the Boy Scouts.

These activities, along with his excellent academic record at McFarland and later, the University of Wisconsin-Madison, had a major role in Birrenkott receiving a Rhodes scholarship that allowed him to study and do research at Oxford University in England for three years.

Birrenkott’s accomplishments have been prodigious, and his journey is just beginning.

Birrenkott always to be a doctor, going back to days as a adolescent when grown-ups would ask him what he wanted to be when he grew up.

“Medicine is the great equalizer, and people at some time in their lives run into medical problems, and need to see a doctor,” he said. “I wanted to help whoever that was.

It gives me a great opportunity to be of service to anyone and everyone.”

He credits a number of teachers at McFarland High School with giving him the support he needed to achieve his goals. Some of his heroes included his physics teacher Dr. Robert Campbell, anatomy instructor Dr. Michelle Bartman, his swimming coaches Nick and Neil Weiss, pool director Katie Heiser and football coaches Paul Ackley and Eric Johnson.

Then there was Band Director Bill Garvey, who saw Birrenkott struggle while learning to play the French horn.

After graduation, Birrenkott enrolled at UW and triple-majored in biomedical engineering, history and political science. During his time at the university, he volunteered for a number of causes, including Engineers without Borders which allowed him to travel to Kenya to help its residents have access to clean drinking water and better irrigation systems for farming.

He was accepted into Stanford’s medical school in 2014, but was granted a deferment so he could apply for a Rhodes scholarship and gain the opportunity to do research at Oxford University in England. The process was long and very complicated.

Applicants were required to write a personal statement and gather letters of recommendation. UW officials reviewed Birrenkott’s information and nominated him for the scholarship.

He attended a cocktail party where applicants speak to members of the selection committee and then participated in a short 20-minute interview. After completion of the interviews, the finalists were gathered in a room to learn who won the scholarship. Birrenkott was one of 32 students from American universities selected in 2014.

After arriving at Oxford, Birrenkott assisted on research to determine the connection between the respiratory system and the heart.

“We were taking a heart rate signal, and from it, deriving a respiratory rate to determine the connection between the lungs and heart in patients,” he said.

Eventually, Birrenkott earned a Ph.D. for his research, but he received many more benefits from attending Oxford. He learned a lot about his fellow students on campus and their opinions on different matters.

“Oxford gave me the opportunity to have deep conversations with people and learn all these things about them,” Birrenkott said. “It’s an interesting place in that everyone has something they are working on: international affairs, national affairs, history, science. We would mingle and talk about whatever was on our minds.”

He returned to the states in 2017 and began his medical studies at Stanford. He worked at one of the university’s free clinics that treated poor and underserved communities and took responsibility for acquiring needed vaccines. He also volunteered on an initiative to assist people who had been diagnosed with HIV or AIDS.

With graduation approaching next year, Birrenkott said he doesn’t know where he will land his first residency as an emergency medical physician. Wherever he ends up, he vows to be the best clinician he can be, and continue with his efforts to help others and make a difference. He realizes that his years growing up in McFarland have contributed to his development as a student and an adult.

“I realized all places don’t have the same sense of community that McFarland does. I always felt supported in McFarland, and I was able to have my voice heard,” he said. “It’s a great community environment and they are open to hearing everybody and everyone’s voice. That’s pretty special since we are living in a world that is so polarized.”