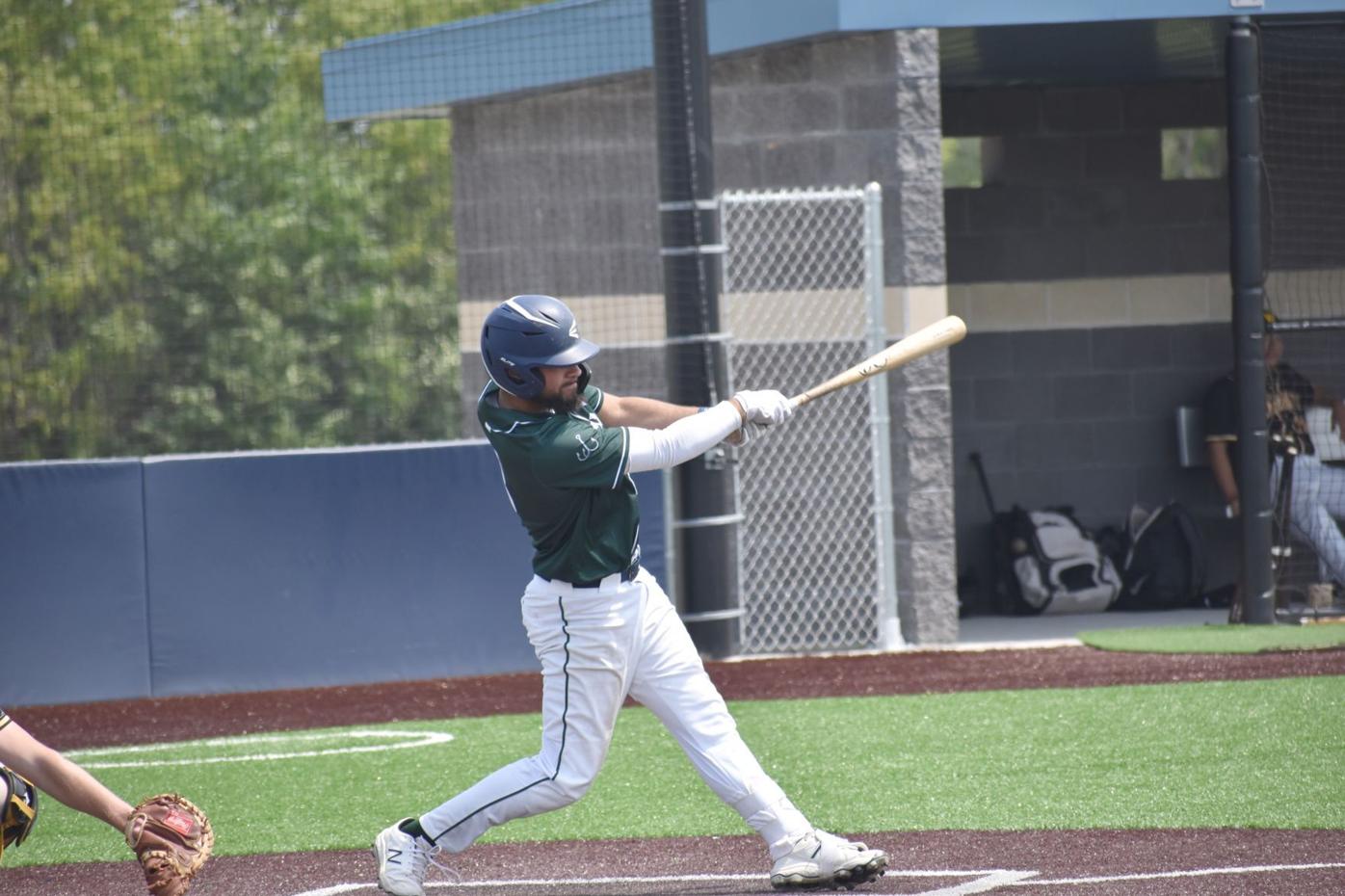 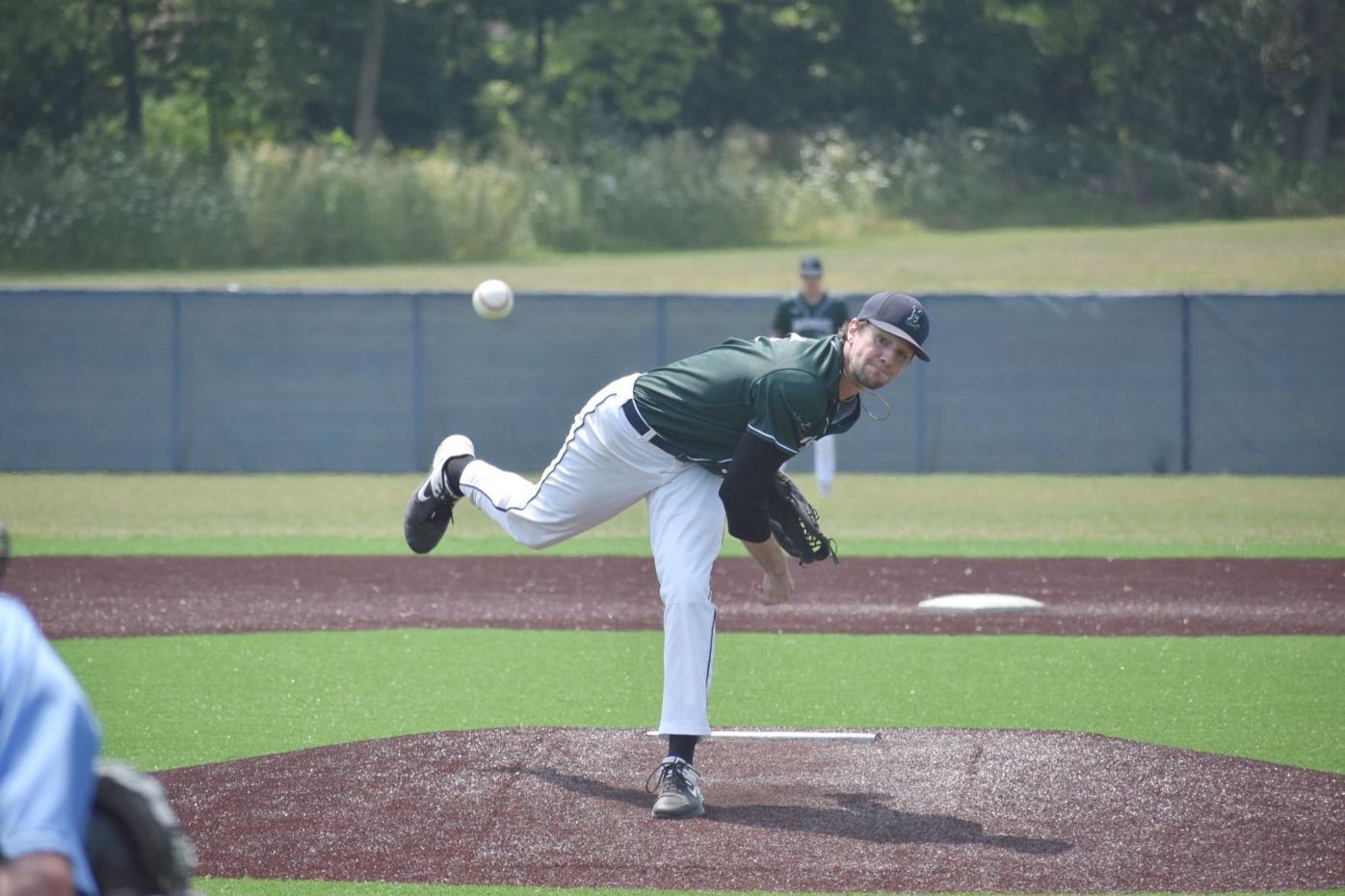 The McFarland Muskies picked up a 14-1 victory over the Waterloo McKays on Sunday, July 25.

“We just had fun today,” said McFarland Muskies manager Justin Hanson. “It was Nick Schreiber’s last game with us this year, and he might not come back next year, so we wanted to have some fun and hit the ball around.”

Schreiber got the Muskies on the board in the bottom of the first inning with a sacrifice fly that scored Cam Schaff. Jeremiah Price-Johnson drove in three runs on a bases-clearing triple, giving the Muskies a 4-0 lead after the first.

Four runs were plenty of run support for Ian Schildgen, who started on the mound for the Muskies. The right-hander threw six innings, striking out four Waterloo batters.

Schildgen kept the Waterloo offense at bay with his ability to get ahead in the count. Schildgen recorded 20 first-pitch strikes, putting the McKays down early in the count.

The only trouble Schildgen got into was in the top of the third, when a couple of throwing and fielding errors by McFarland led to a run for Waterloo. However, Schildgen led the Muskies out of the inning by recording a strikeout.

In the top of the fourth, with two outs and a runner on first, Schildgen got help from his defense on a big play. With the McFarland defense shifted for a left-handed batter, a pitch was hit towards the opposite field where the outfield shift was not in position. Left fielder Zach Tower made a running catch towards the foul line for the out, covering a lot of ground and helping save a run from scoring.

In the bottom of the frame, back-to-back singles by Schaff and Brandon Knoble brought Schildgen up to the plate. Schildgen helped his own cause by smacking a double, scoring two runs. A single by Kyle White brought home another Muskie, adding to the 7-1 lead.

Price-Johnson recorded another RBI with a single, pushing the lead to 8-1. Knoble helped the offense with his second single of the inning, giving the Muskies a 10-1 advantage over Waterloo.

Making the lead 11-1 in the bottom of the fifth was Schreiber, who launched a solo home run.

The Muskies kept their foot on the gas pedal in the bottom of the sixth with a three-run inning. With two Muskies on-base and two out, Schildgen kept the inning alive with an RBI single. Schreiber finished off his productive day at the plate with an RBI triple which scored two Muskies.

Schreiber came in to pitch the top of the seventh, giving up zero runs. The game was called after seven innings, giving the Muskies a 14-1 victory.

With back-to-back wins, the Muskies move to 3-5 on the year. McFarland remains in sixth place in the Southeast Section standings.

“Work on your game,” said Hanson. “For the guys that are going to be playing college ball this year, obviously get your chances to get some swings in as much as you can.”

Schreiber finished his day with four RBIs on three hits, needing a single to hit for the cycle. Price-Johnson and Schildgen each recorded three RBIs. Schaaf and Brandon Knoble both recorded two hits, while Will Reinicke and Kyle White each recorded a hit in the win.