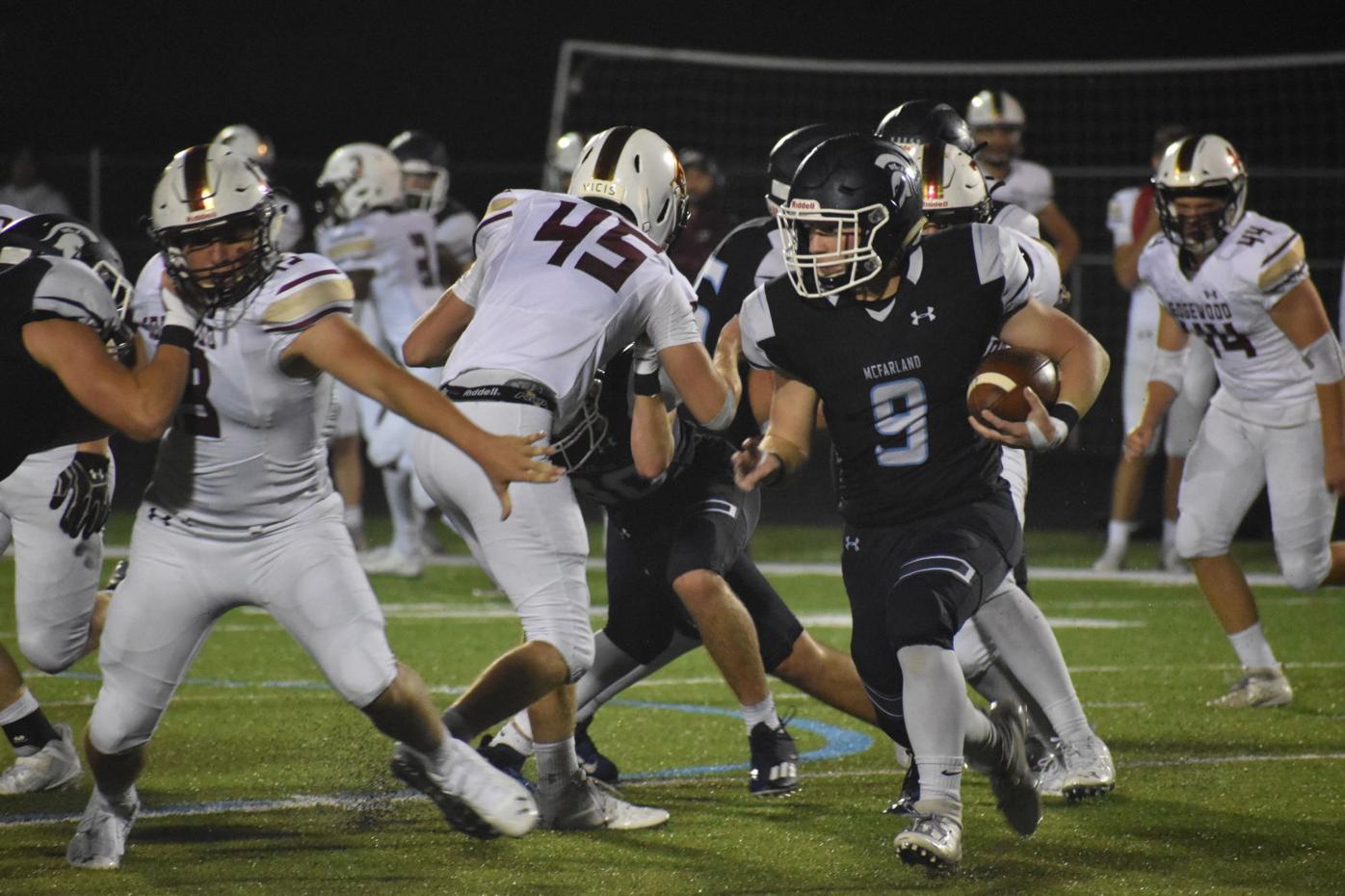 Senior running back Chase Quelle looks for a running lane against Edgewood on Friday, Sept. 3. 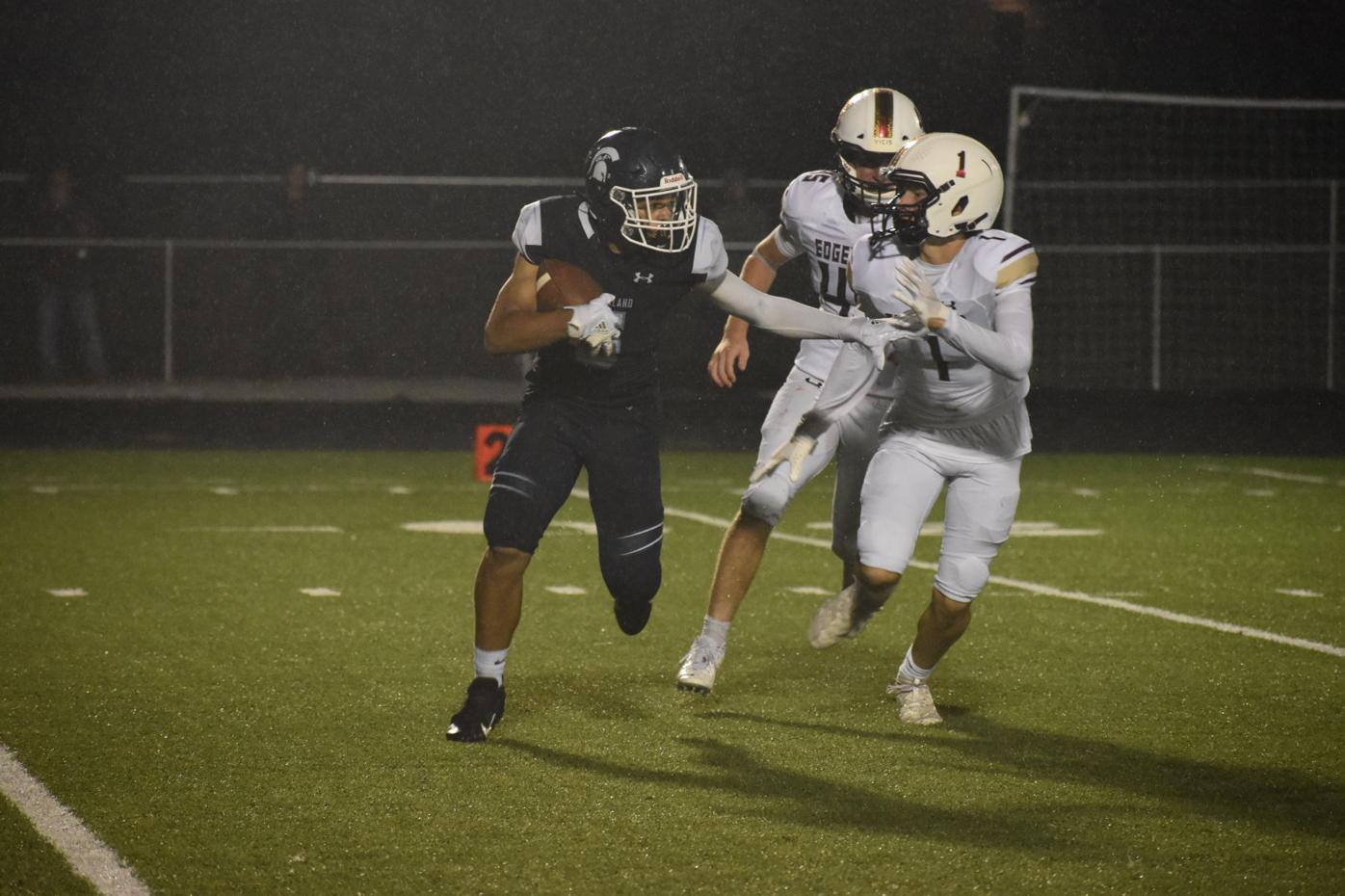 Senior running back Chase Quelle looks for a running lane against Edgewood on Friday, Sept. 3.

Although the Spartans were knocked off 35-0 by the Edgewood Crusaders on Friday, Sept. 3, McFarland coaching staff say the team can build off a positive second-half performance, and a second-half defensive shutout.

“We just have to continue to focus on the things we’re doing well,” said McFarland coach Paul Ackley. “If we did something well, we have to praise that and celebrate that, and if we do something not so well, which happens in football games, we just can’t hang our heads and pout about it.”

McFarland junior wide receiver Brandon Dyer-Ysaguirre opened the game with a kickoff return to about midfield, setting the Spartans up with good field position.

“Brandon just brings that excitement. He can make plays, has speed, he not only did it on special teams on kick returns, but he also did it defensively at nose tackle. He’s doing some good things,” said Ackley.

The Spartans offense was unable to take advantage of the good field position, punting the ball back to Edgewood. A 21-yard rushing touchdown by Jackson Trudgeon put the Crusaders up 7-0 with 9:09 left in the first quarter.

Edgewood got the ball back quickly, driving down into McFarland territory where the Spartans got a sack on third down. However, on a fourth and long, Joe Hartlieb found Trudgeon for a 24-yard passing touchdown, putting Edgewood up 14-0. Before the end of the quarter, Edgewood scored again on a quarterback sneak from Mason Folkers after converting a long third down conversion.

In the second quarter, two Edgewood touchdowns, one on a passing touchdown from Folkers to Matt Garcia and a rushing touchdown by Abe Thompson put the Crusaders up 35-0 at half.

In the second half, McFarland came up with a couple of stops to keep Edgewood out of the endzone.

“Defensively, I thought Kyle Kussow played really well. I thought he did a nice job stringing out some plays and doing some good things,” said Ackley, who also complimented Evan Rettkowski and Dadon Gillen on their performances.

“Chase ran the ball hard. You can never question Chase’s effort, he does an amazing job and works extremely hard. Came in after an ankle sprain, wants to continue to play, wants to be there for his team and he’s a great captain,” said Ackley.