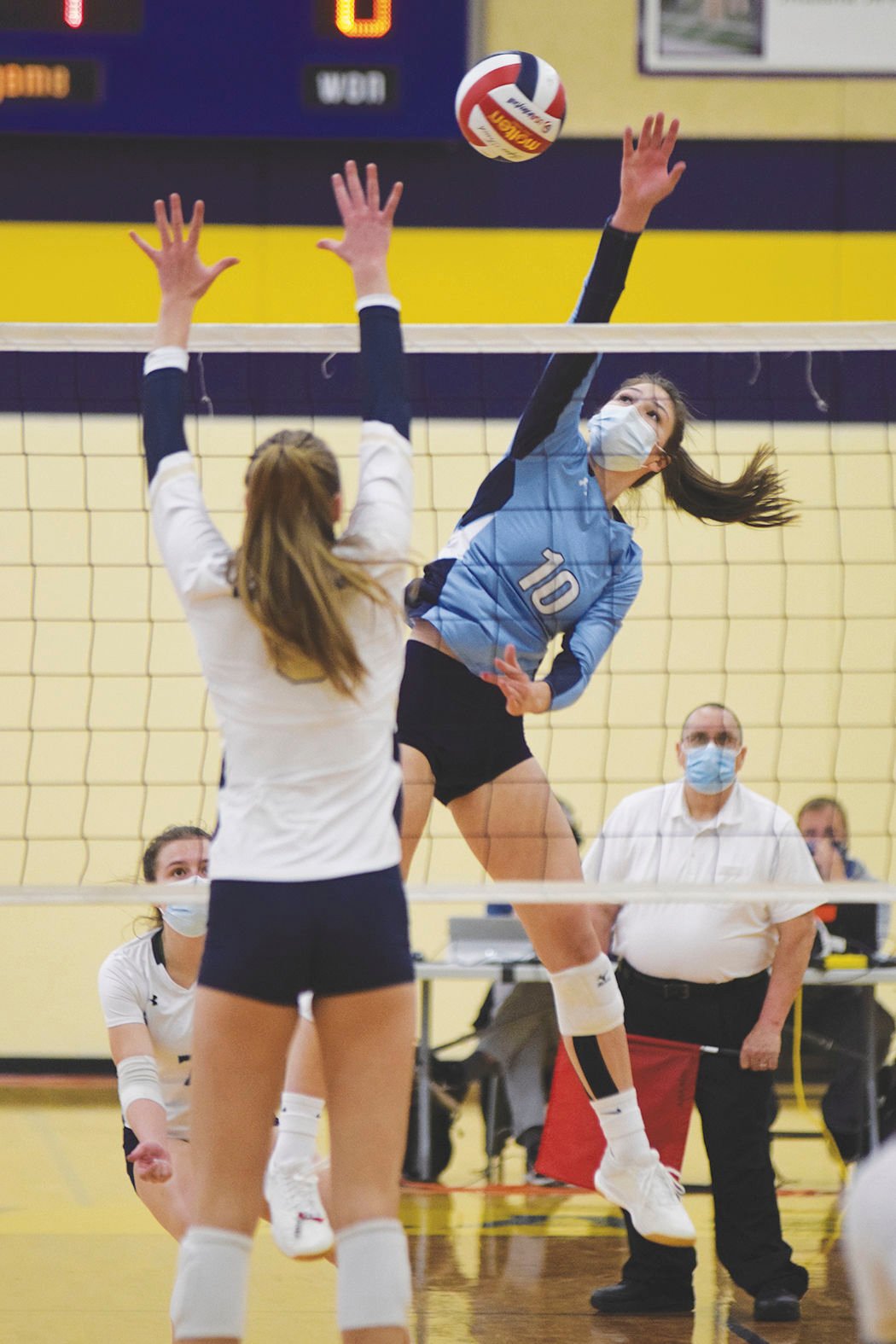 McFarland’s Avery Pennekamp soars for a spike against Appleton North at state on Thursday. McFarland would fall in three sets to the eventual Division 1 state champions. 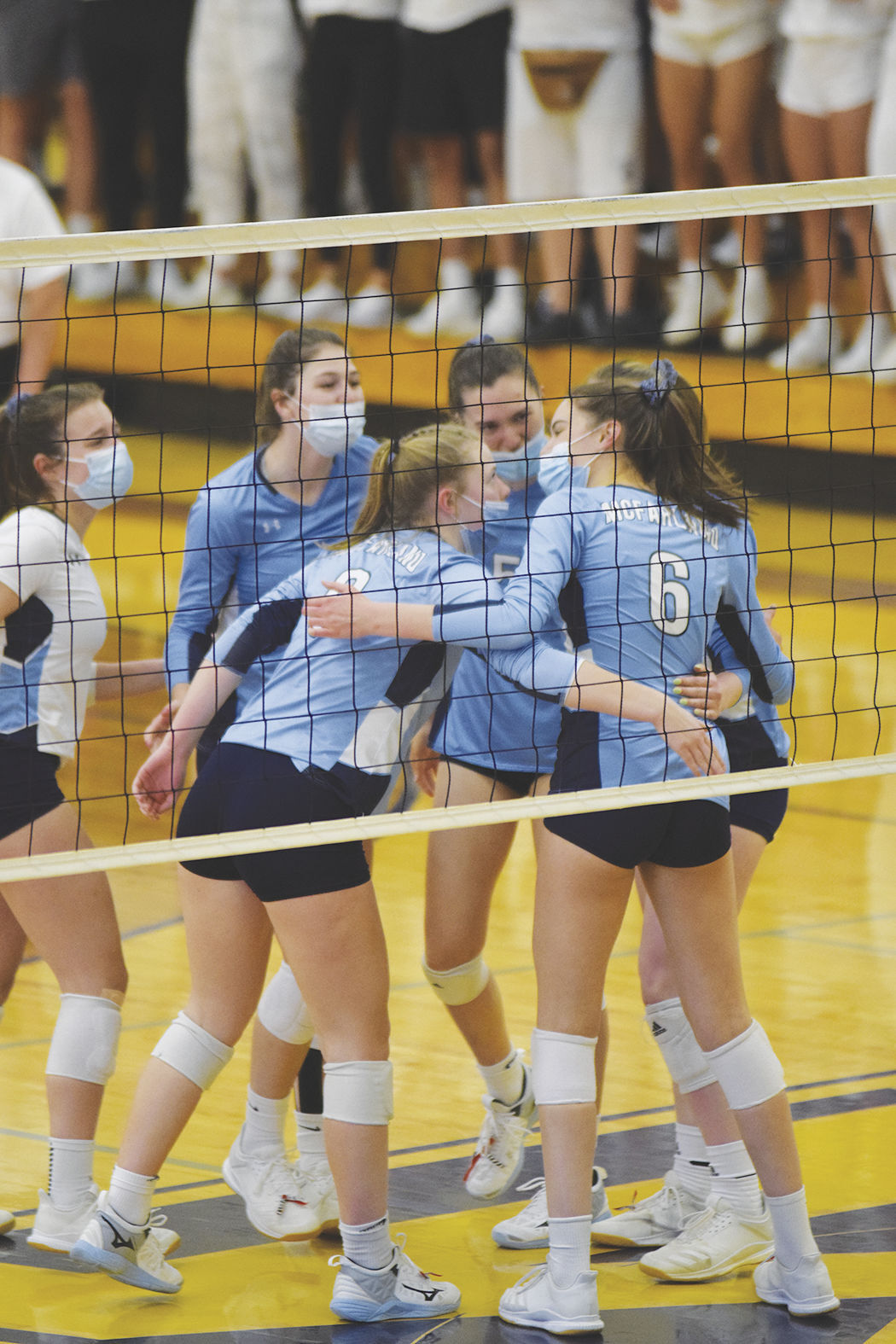 The Spartans celebrate a point against Appleton North. 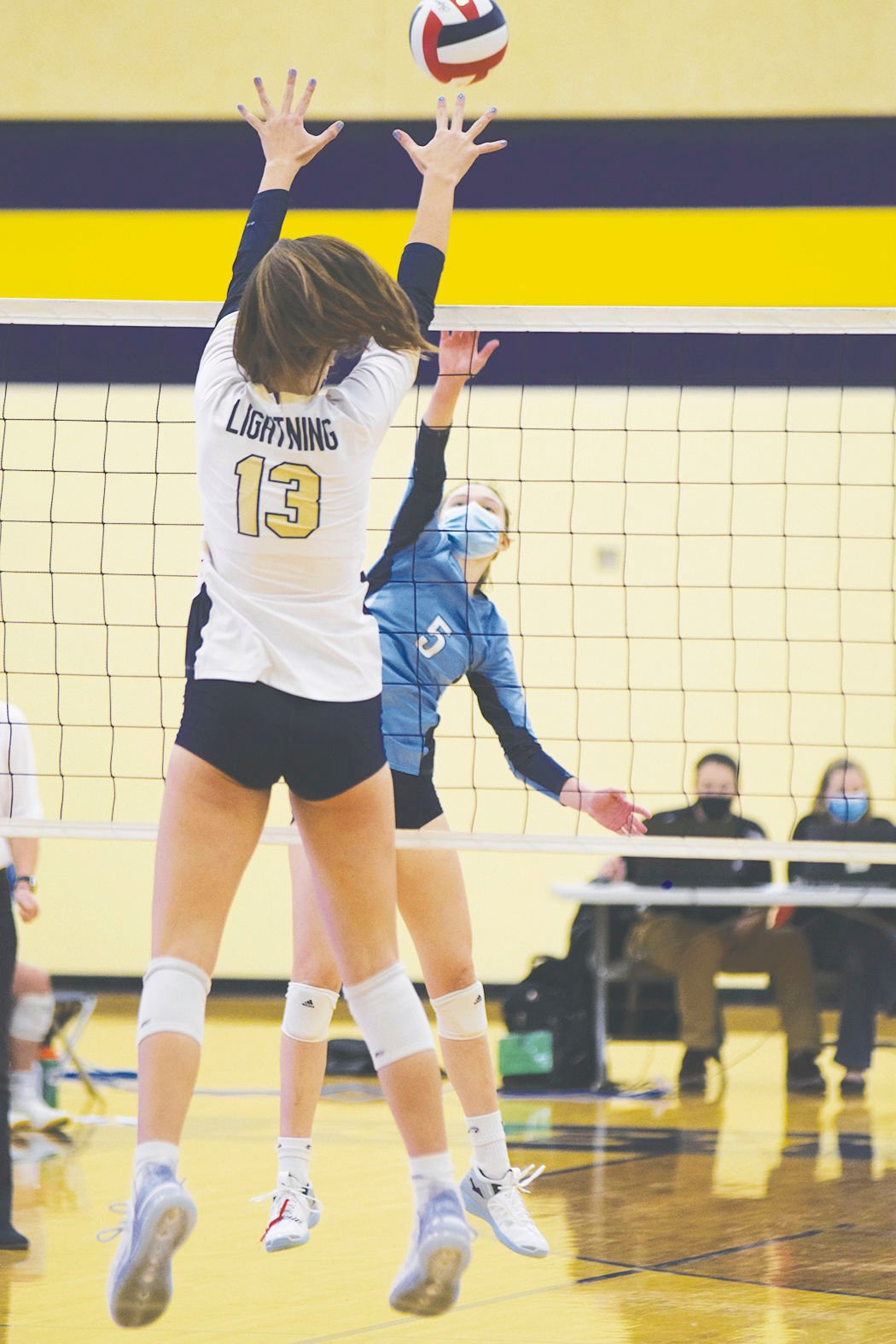 Nina Crull looks to beat a tall Lightning blocker. Crull is one senior that helped lead McFarland to a state berth this season.

McFarland’s Avery Pennekamp soars for a spike against Appleton North at state on Thursday. McFarland would fall in three sets to the eventual Division 1 state champions.

The Spartans celebrate a point against Appleton North.

Nina Crull looks to beat a tall Lightning blocker. Crull is one senior that helped lead McFarland to a state berth this season.

Appleton North didn’t lose a set at state on its way to a state championship, with three-set wins over McFarland and Manitowoc Lincoln on Thursday and Saturday, respectively. In fact, the Lightning only lost one set all year, back on March 11.

“Appleton North is so well rounded and strong in every single position. They have so many weapons, pass well, block well and defend like crazy,” McFarland coach Trish Fortune said. “They attacked us with their serve and got us out of system. They play high level ball and we hung around with them for a little bit which proves to us, we can play at that level but just need to sustain that level for longer.”

For McFarland, Avery Pennekamp had 11 kills and nine digs and Maddy Fortune had 25 assists with 10 digs. Gwen Crull led the team with four blocks and Nina Block provided two aces.

Nina Crull is one of several seniors to play their final games for the team last week, along with Abbey Platt, Jordy Jaeger, Alyssa Davis, Alexcia Johnson and Katie Hildebrandt. Also graduating are managers Hailee Jaeger and Laetitia Hollard.

“Our seniors led the team on and off the court. They kept everyone together this summer and fall and provided some opportunities for the team to get together when I couldn’t be involved,” Fortune said. “They are a very kind, hardworking group and led this team to be very successful this season... We will miss the seniors dearly, but we’re so thankful for all of their hard work, commitment and enthusiasm.”

The Spartans proved themselves worthy opponents of any team this season. Of their three losses, two came at the hands of the top two finishers in the state, as McFarland was also beaten by Manitowoc Lincoln on April 1. McFarland’s only other loss was a 3-2 defeat to Whitewater on March 25.

Fortune is glad her team got a chance to showcase its talents on the floor this year, especially as the Spartans were bumped up to Division 1 since there were only two playoff divisions.

“We are so happy that the WIAA provided an Alt-Fall season and that McFarland allowed us to participate,” she said. “It definitely was different and more challenging for many reasons, but in the end we are so thankful to be able to have a season.”

Over the course of the two matches, Avery Pennekamp led McFarland with 28 kills. She had 23 digs on the day and four aces.

Hannah Rounds had 16 kills against Mount Horeb and Katie Hildebrandt had 12 against Edgerton.

Maddy Fortune provided a total of 78 assists over two matches, along with three aces and 12 digs, all against Mount Horeb.

Gwen Crull had a total of eight blocks on the day. Alyssa Davis added three aces in the Mount Horeb match.