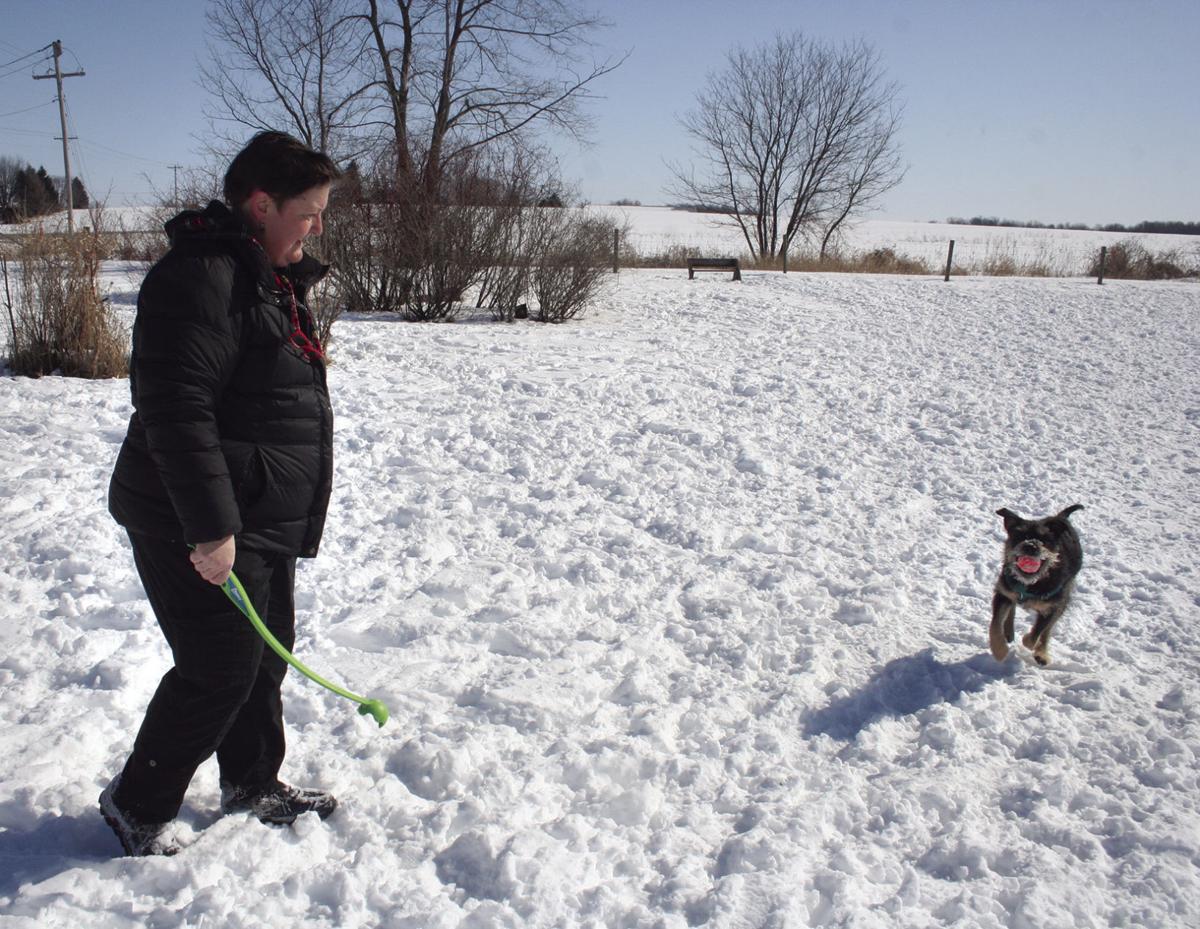 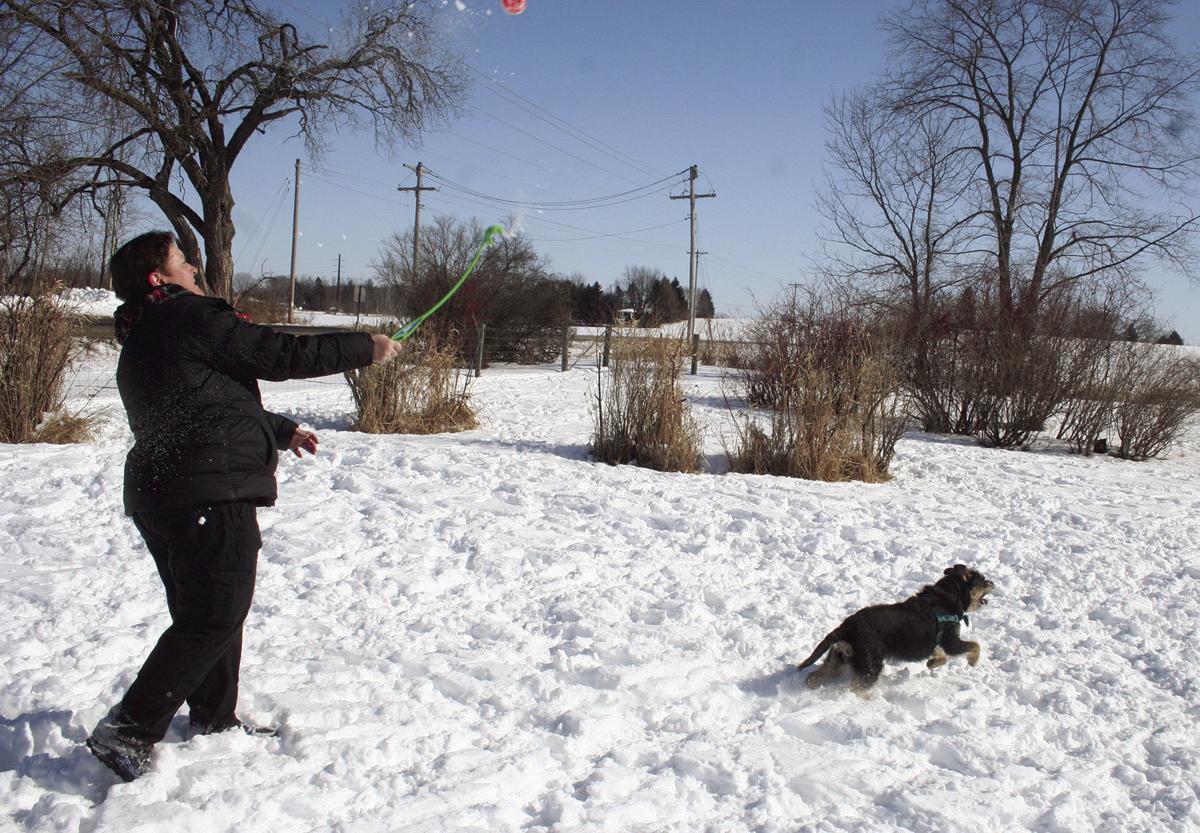 Sue Cook throws the ball for Sadie at the Urso Dog Park on Friday, Feb. 21.

Sue Cook throws the ball for Sadie at the Urso Dog Park on Friday, Feb. 21.

Every dog park has its day. Sometimes that day brings more space to run and play.

The McFarland Village Board on Monday, Feb. 24, approved the design and construction bid of a shelter and bathroom facility at the McFarland Dog Park, as well as a 2.5-acre addition and regrading.

The shelter will include two bathrooms, an indoor and outdoor dog washing station, a small equipment room and a small shelter. Port-a-potties are the only bathroom facility on site serving both the dog park and walking paths.

The committee also recommended a project to expand and regrade portion of the park. The expansion would add 2.5 acres of land to the west side of the dog park.

“The area is outside of the designated delineated wetland area and can be utilized as additional space for the dog park without moving into any other areas of that park,” Trustee Dan Kolk said.

Raising regraded areas would manage runoff into the nearby stream and wetland areas, as well as prevent water from pooling causing areas to be unusable during periods of high precipitation.

“This park is so well used,” Sue Cook said referring to many cars in the parking lot on a Friday afternoon.

Cook often brings her energetic dog Sadie to the park to throw the ball for her in an area by the parking lot. She sees people stopping at the park for breaks in the workday and heading toward the walking paths, as well as typical dog park goers.

“The other thing is I see people, especially in the winter when this parking lot is really muddy, I see people carrying their dogs or walking them in the snow as far as they can and lifting them to their car; otherwise, they are so muddy from the mud in the parking lot,” Cook said.

Trustee Eric Kryzenske asked for this project to be delayed until strategic planning is finished as park improvements are noted in the plan.

Kolk argued the strategic plan does not name any specific parks.

“These are projects that are ongoing portions of projects that we’ve already initiated,” Kolk said. “Projects like this will come up from time to time as improvements of existing parks.”

The shelter and bathroom facility construction and expansion and regrading would be part of a separate plan for the John Urso park.

Both agenda items were approved with Trustees Kryzenske and Clair Utter abstaining. Mary Pat Lytle was not in attendance.