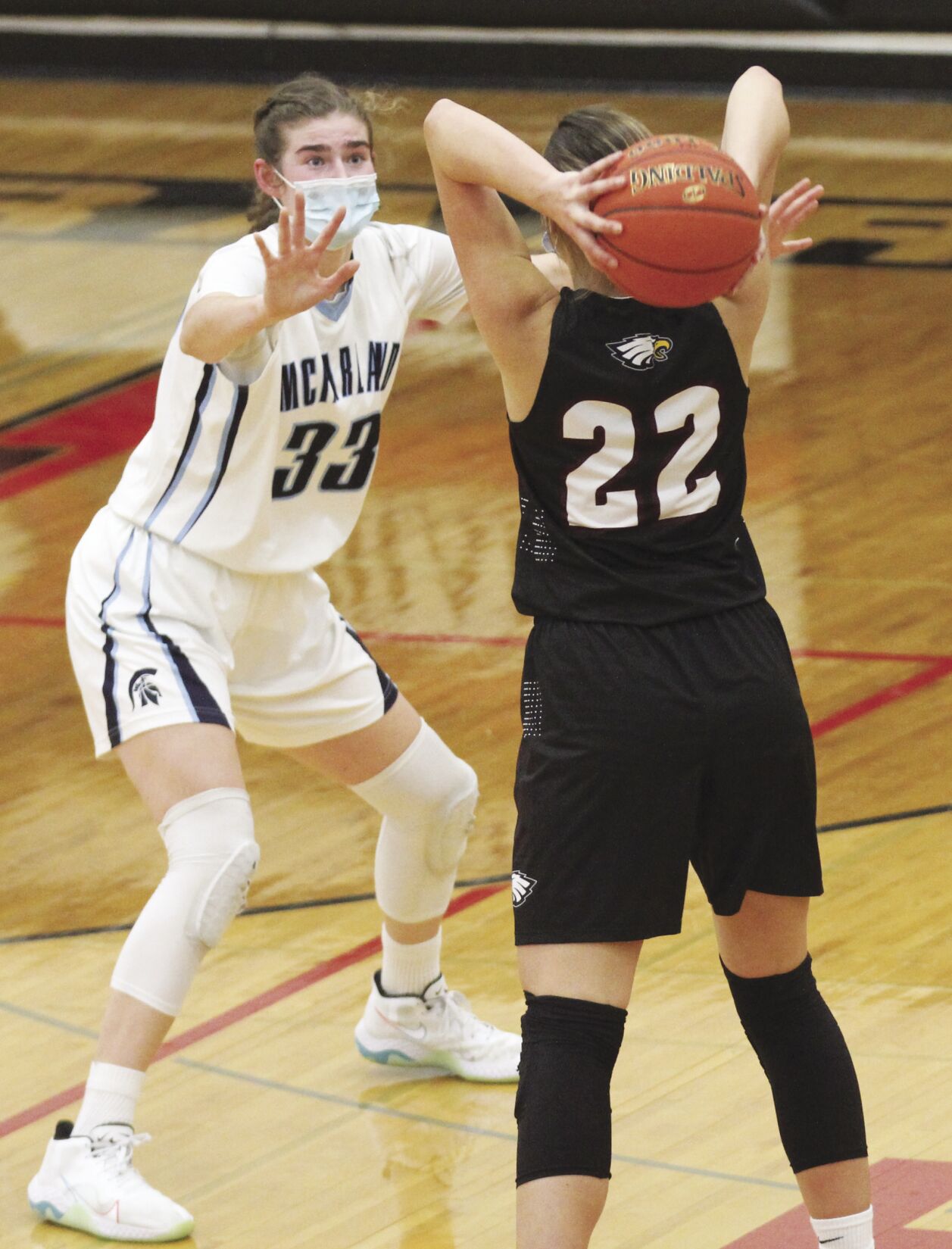 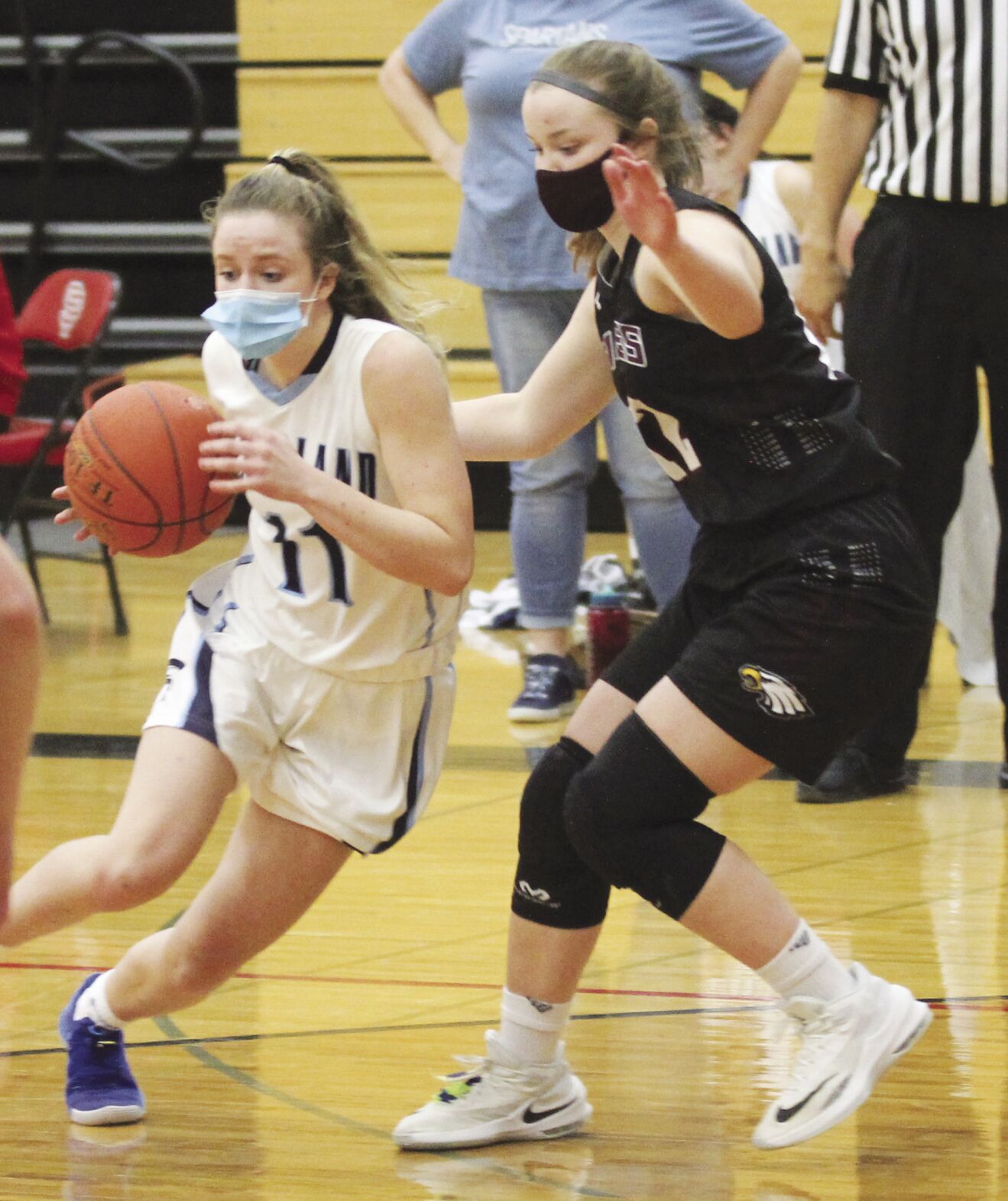 Senior athletes work hard and practice diligently for four years with hopes their final year in high school sports can be a special one.

Katie Hildbrandt, Morgan Butler and Lindsey Lonigro of the McFarland High School girls’ basketball team are starting to see the results of their hard work and dedication to the game.

The trio and their Spartan teammates are just one game from playing in the Wisconsin Interscholastic Athletic Association (WIAA) Division 2 State tournament after a 45-33 victory over Jefferson Thursday night in sectional semifinal game at Sauk Prairie High School.

The Spartans advance to the sectional final game on Saturday Feb. 20 at Reedsburg, which won its sectional semifinal over Wilmot Union, 76-49.

While many of the Jefferson players sobbed over the defeat and embraced parents and other students, the Spartans stood outside the locker room full of energy and excitement over the possibility of contending for a state title.

“We haven’t had as many games as everyone else has had. It’s been harder for us to catch up,” said Butler. “We’re jelling very well and have a great chance to go to State.”

Butler was referring to the COVID-19 pandemic, which delayed the start of practices and forced limitations on how they were conducted to reduce spread of the virus.

But, despite just 10 regular season games and a record of 6-4, the Spartans have won three postseason games and are closing in on the chance to bring home the golden ball trophy back to McFarland.

Hildebrandt said the excitement is similar to fall 2019 when she played on the McFarland volleyball team that advanced to the State tournament and reached the championship game.

As for Jefferson, the team may never forget the stranglehold McFarland had on it all season. The Eagles won 19 games but suffered three losses, all to the Spartans.

“I think we got the most out of this group of kids,” he said. “McFarland is definitely more talented than we are but we played very hard tonight. We just fell short.”

The teams batted the lead back and forth in the first half. Freshmen Teagan Mallegni and Brynn Kirch scored layups in the closing minutes to put McFarland ahead 25-21, but Jefferson senior Ainsley Howard hit one of two free throws to reduce the lead to 25-22 at the half.

McFarland started to pull away in the second half as Lonigro and Mallegni both hit two free throws and Kirch connected on a jumper to put the Spartans ahead 31-22 with 13:45 remaining. A 3-point shot by Howard of the Eagles lowered the lead to six, but Jefferson would not score a point for four minutes. Lonigro’s three at the 10:14 mark capped off a 7-0 run to give McFarland a 38-25 lead.  Jefferson’s offense remained unproductive while the Spartans gathered in a number of offensive rebounds that provided second and third chances at the hoop.

“We really try to emphasize crashing the boards on offense. Tonight, it really showed and we got a lot of buckets off second chances,” Hildebrandt said.

Another 7-0 run by McFarland opened the lead to 45-27 with 5:51 remaining. The Spartans didn’t score another point for the remainder of the game, but Jefferson managed only six more points.

The team did struggle with its outside shooting and made just three 3-point shots.  Lonigro said the team needs to work hard before Saturday to improve on its attempts from the perimeter.

“We have to get in the gym and put some reps up,” she said. “We know we can’t rely on threes, so we just need to work in the post and get the job done that way.”

Howard led Jefferson with 10 points. The Eagles made just 10 field goals, four from the 3-point line.