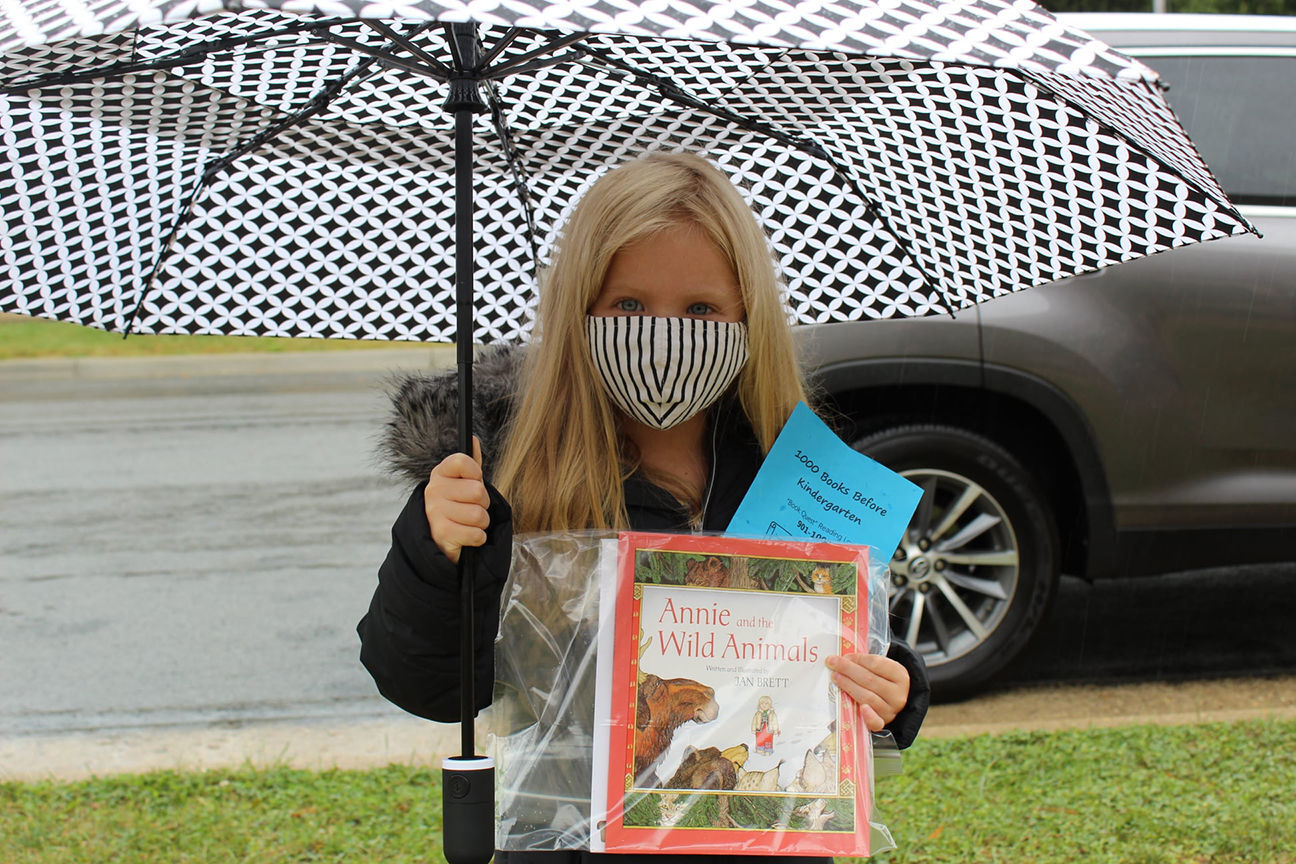 Eleny, a McFarland library patron, masks up to celebrate reading 1,000 books before kindergarten. 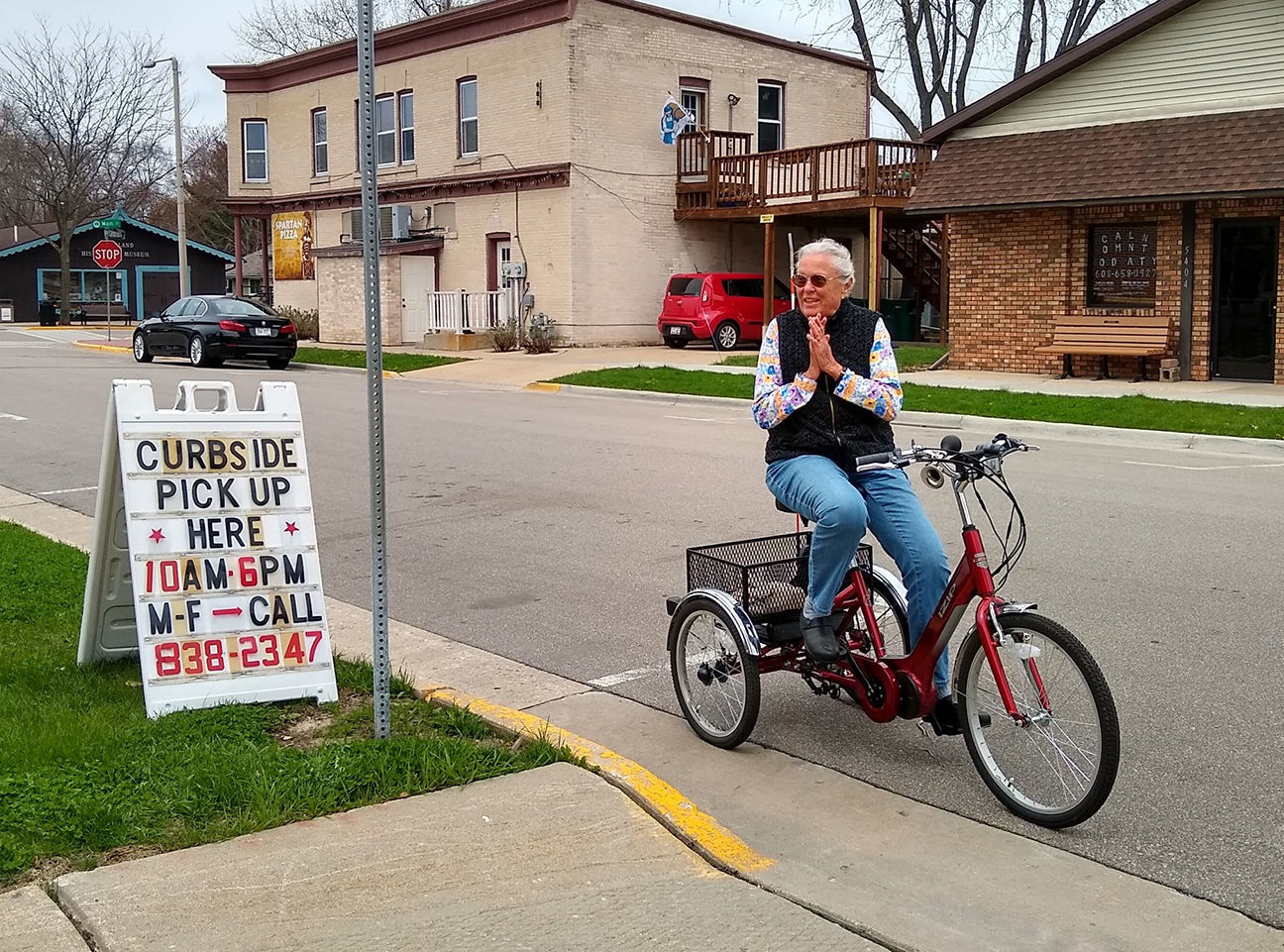 A McFarland resident eagerly awaits curbside pick-up hours at E.D. Locke Public Library after the building closed to the public for COVID-19. 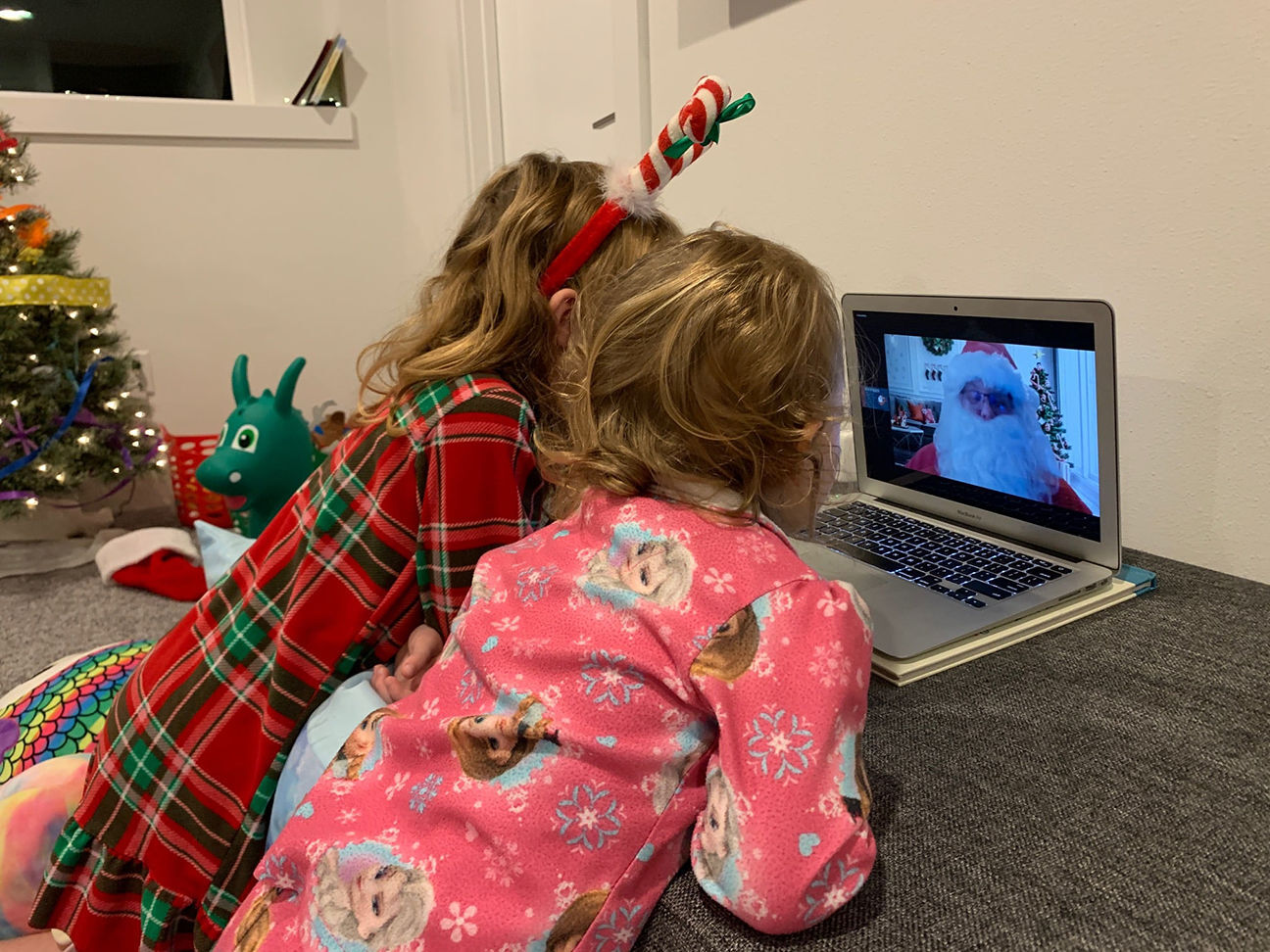 E.D. Locke Public Library puts on a virtual meet and greet with Santa. 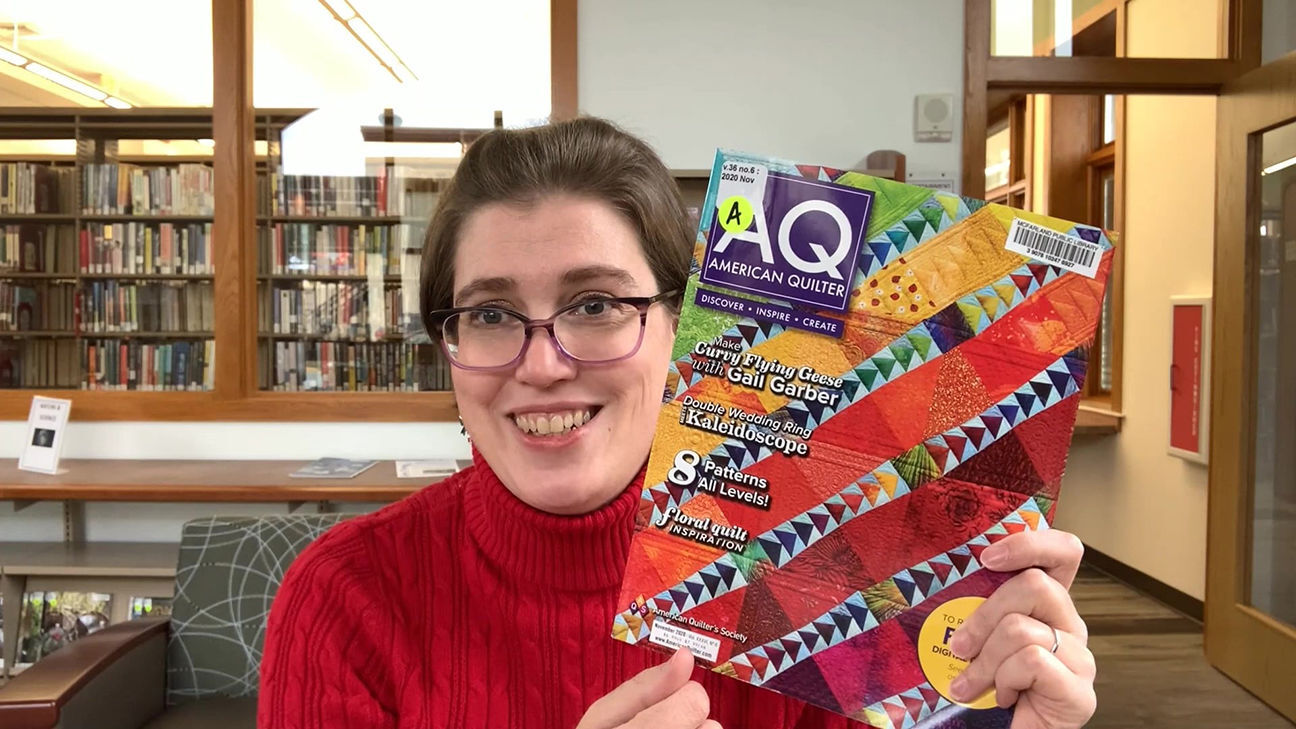 McFarland librarian Ann Engler sits in an empty E.D. Locke Public Library to give patrons a virtual look at a quilting magazine. 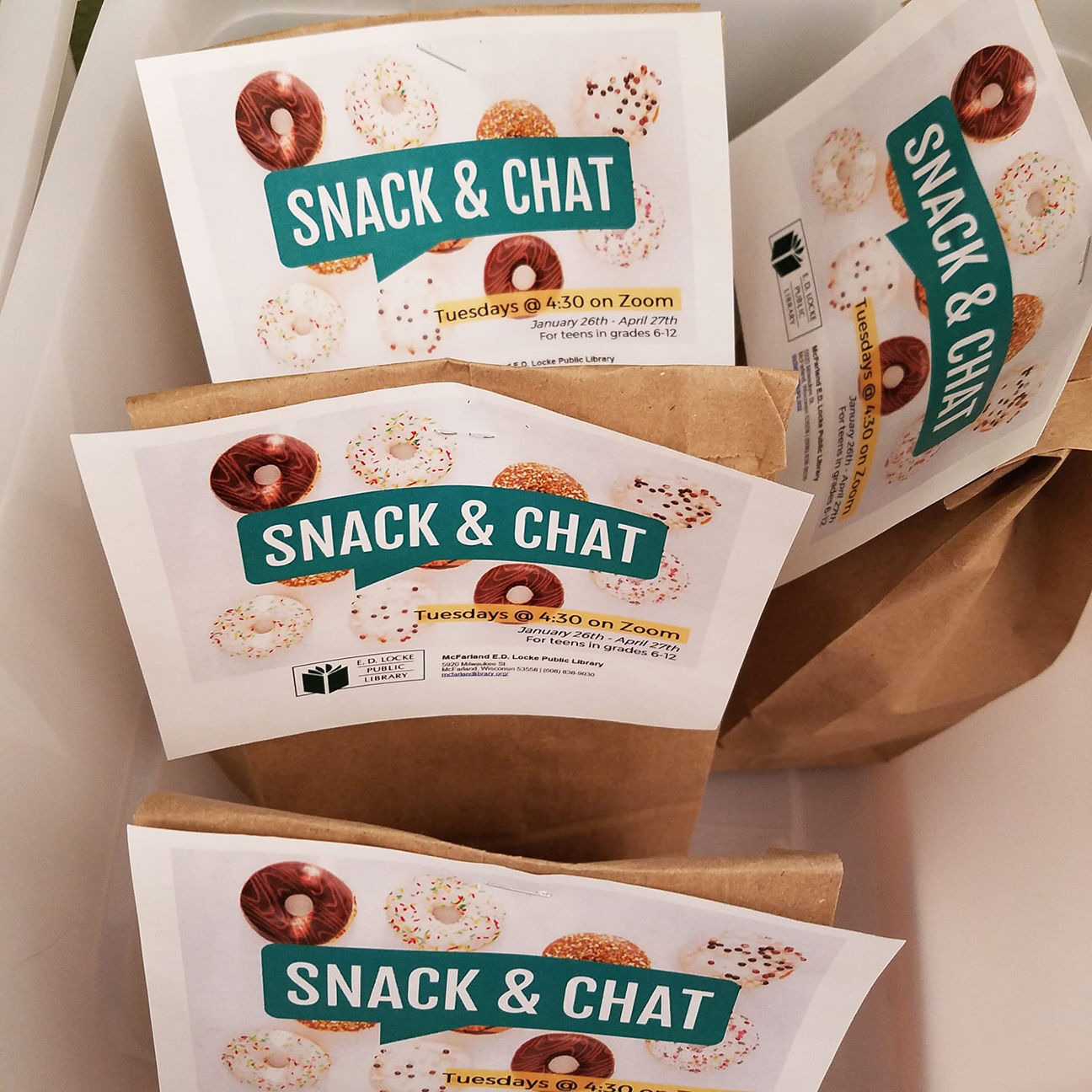 The library gets creative to keep teens engaged amid the pandemic through a Snack and Chat program, where teens can pick up a snack and join a Zoom call to eat with friends. 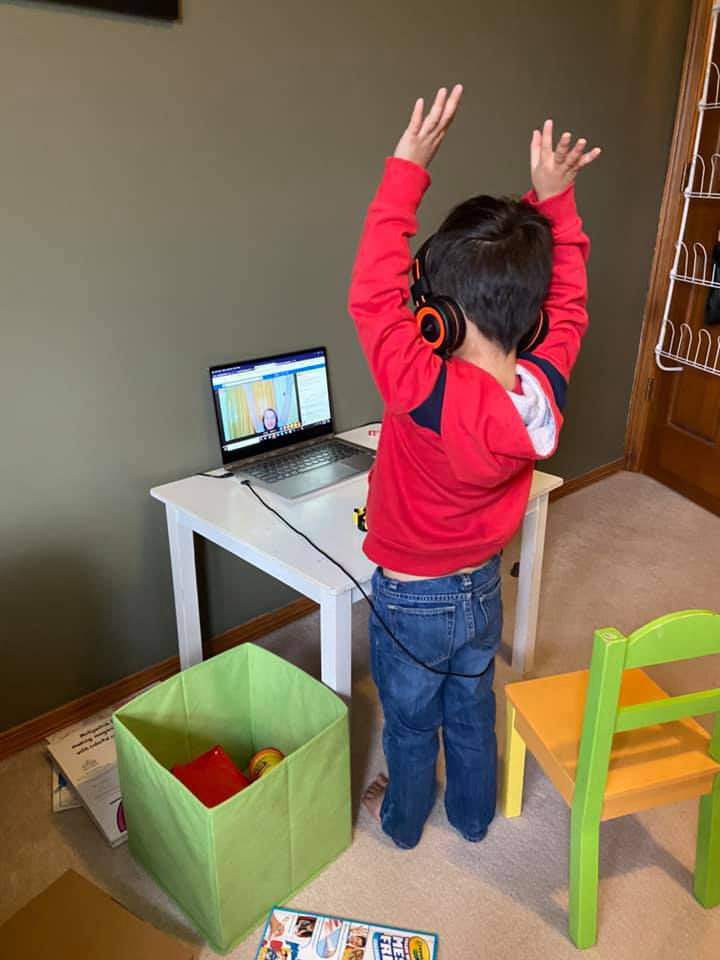 Eleny, a McFarland library patron, masks up to celebrate reading 1,000 books before kindergarten.

A McFarland resident eagerly awaits curbside pick-up hours at E.D. Locke Public Library after the building closed to the public for COVID-19.

E.D. Locke Public Library puts on a virtual meet and greet with Santa.

McFarland librarian Ann Engler sits in an empty E.D. Locke Public Library to give patrons a virtual look at a quilting magazine.

The library gets creative to keep teens engaged amid the pandemic through a Snack and Chat program, where teens can pick up a snack and join a Zoom call to eat with friends.

As March marks the one year anniversary of statewide public health lockdowns and April brings National Library Week from April 4-10, local libraries are reflecting on the whirlwind of the past 365 days and what it means for the future of the library system.

E.D. Locke Public Library in McFarland closed to the public last March for what was thought to be a brief precaution until the COVID-19 outbreak could be contained. One year later, the building’s doors still remain closed.

Heidi Cox, director of E.D. Locke Public Library, said staff hope to officially reopen the building in May, though it will be a phased process and likely won’t resemble full normalcy right off the bat.

“Our plan right now is to reopen in early May, but it will be kind of a slow, phased reopening,” said Cox. “We want to try to get as many staff vaccinated as we can first.”

Cox said that while a few employees have been vaccinated due to age and underlying health conditions, it’s been a slow process since library workers are not included with teachers and childcare workers in group 1b of the vaccination priority list.

In Monona, it’s a similar situation. The Monona Public Library shut down to the public 12 months ago at the onset of the COVID-19 pandemic, and is finally gearing up to reopen sometime within the next month or two.

Monona Public Library Director Ryan Claringbole said that although he can’t give a specific reopening date for the library, he can confirm it’s set to happen within the next four to six weeks, pending COVID-19 metrics not worsening within that time frame.

When the library doors officially unlock, library personnel are urging patrons not to linger around the building for long periods of time. Due to required social distancing protocols, the library’s occupancy limits will be greatly reduced, Cox said.

“As we’ve been following the guidelines of the CDC and the county health department, the occupancy of our building only allows for 67 or so people,” she said. “Because that occupancy is so low, we’re trying to minimize hanging out for now, but we’re hoping as cases decrease and more people get vaccinated, that precaution will go away quickly.”

Claringbole confirmed that the Monona Public Library will have no furniture in it upon the initial reopening. All programming will continue to be held online, and the library will be open strictly for browsing books and galleries.

“As the weather gets nicer, we will be hosting some programming outdoors, but other than that it will continue to remain online,” said Claringbole. “Hopefully not long after the initial reopening, that can change.”

There’s no doubt that local libraries will need some time to return to normal, but if there’s any silver lining amid the effects of the global pandemic, it might just be a rejuvenation in communities’ appreciation for their libraries.

Before vaccinations and a safe reopening were on the horizon, E.D. Locke Public Library pushed 100% of its programming into an online, virtual format. It was a big transition, but Cox said library attendance more than quadrupled when programming went fully online.

Due to its popularity, library personnel plan on continuing virtual programming even after the building opens up for in-person interaction.

Claringbole said program attendance has fluctuated in Monona, with attendance numbers going up and down as the months have gone on. More than anything, Claringbole said the silver lining for Monona’s library amid the pandemic has been the opportunity for staff to undergo professional development programming and work on equity initiatives.

In February, the Monona Public Library released the following statement regarding the organization’s commitment to equity:

“Institutionally as a library, we are currently examining our policies and our efforts towards providing a work space and a community space that is equitable for all. We believe transparency in this work is critical, as is feedback directly from our community to address any inequities we may be perpetuating. Wisconsin is one of the most racially segregated states, and Monona is certainly no exception. We recognize that libraries have the profound power to serve as platforms for diverse voices and stories that inspire change within ourselves and in our community.”

Whether through increased attendance or a renewed commitment to justice, Cox said strong community support has kept the world’s libraries going through one of the toughest years yet.

“There’s been a lot of changes in the last year… but we’re just really appreciative of all of the support we’ve gotten from people,” Cox said. “Everyone has been so great about it all, even with our changes in service.”