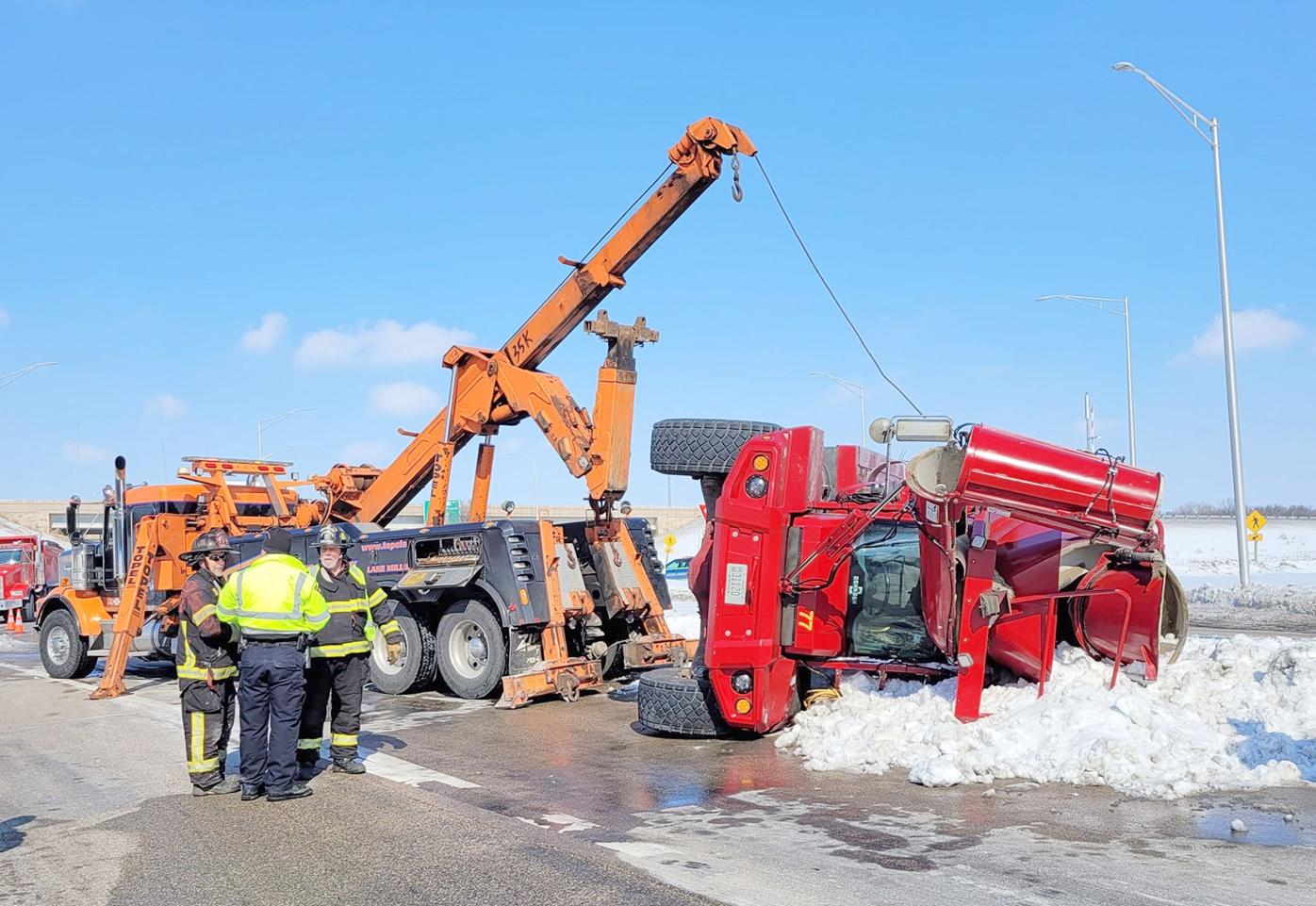 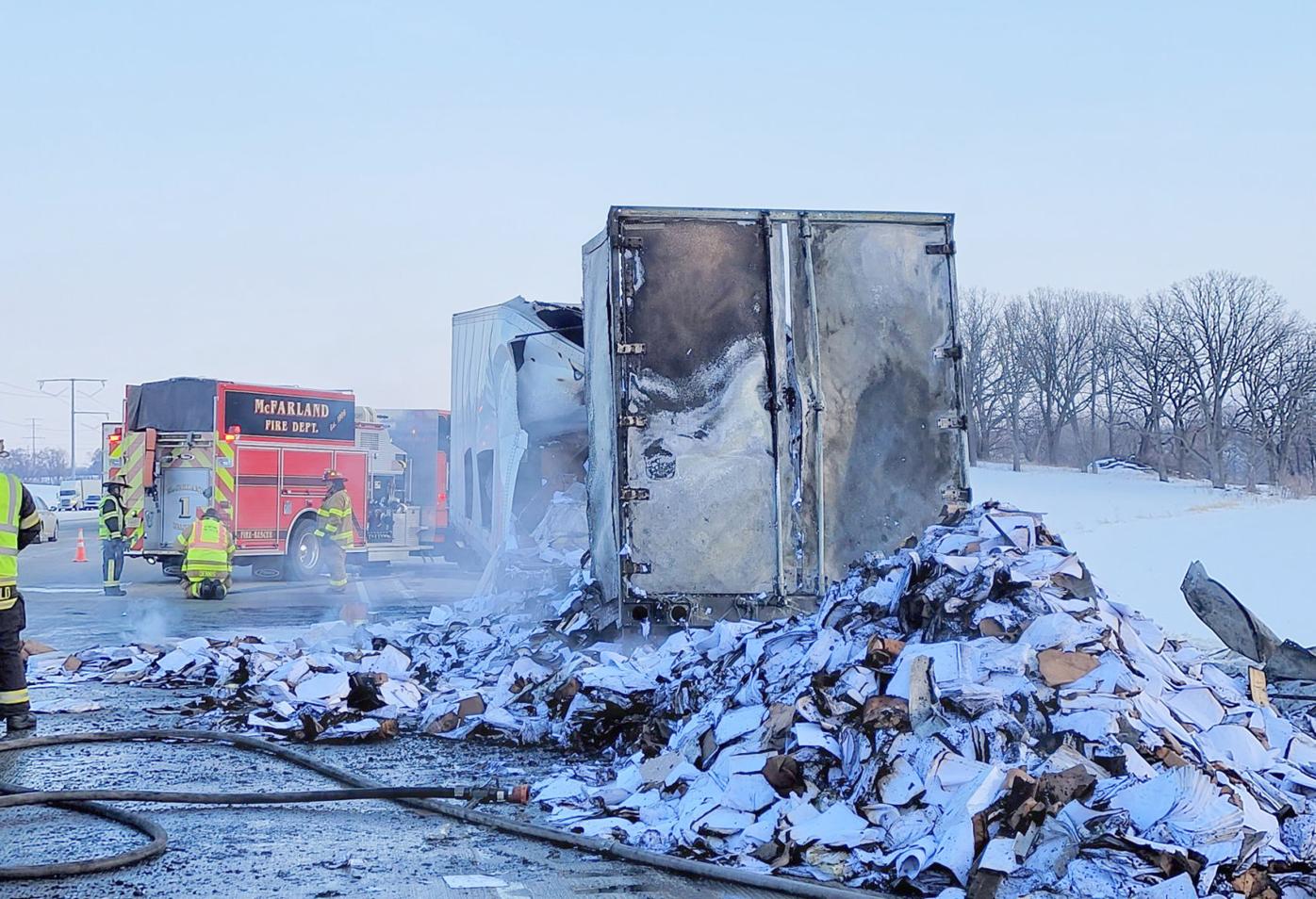 A semi trailer that caught on fire was considered a total loss Saturday. The truck was hauling paper. 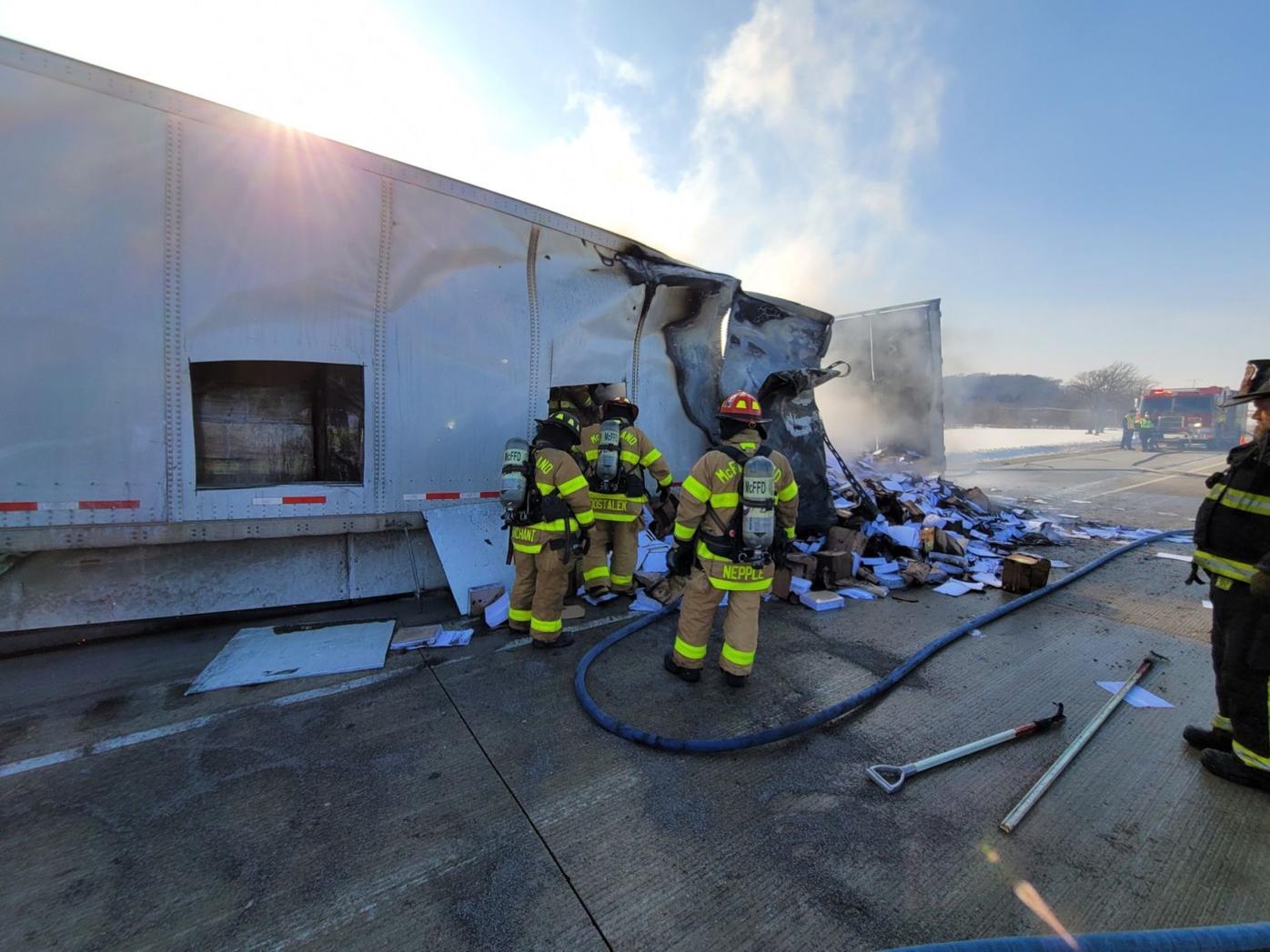 McFarland firefighters joined the Cottage Grove Fire Department and Deer-Grove EMS in responding to a semi truck fire on Saturday. 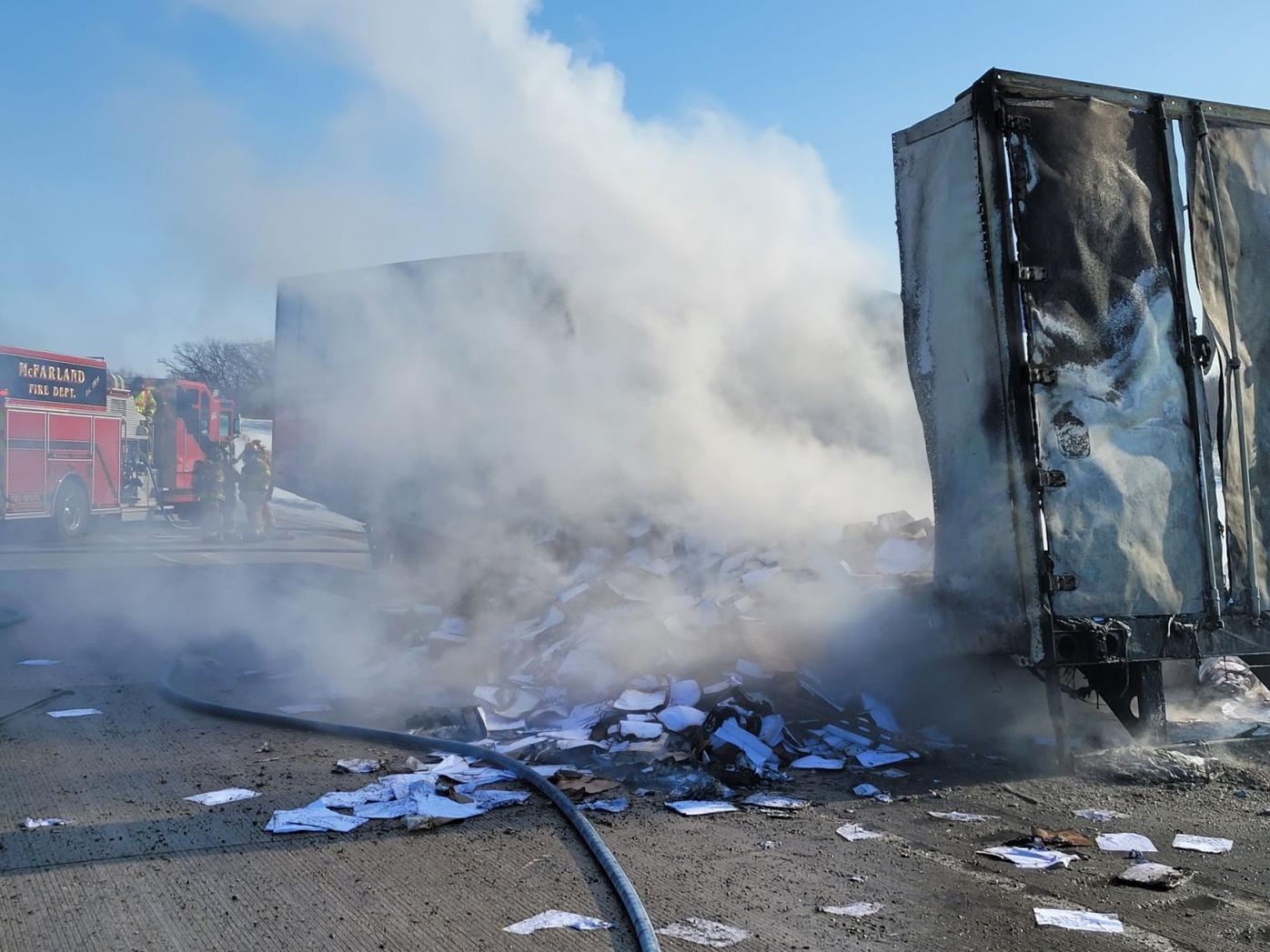 A semi trailer that caught on fire was considered a total loss Saturday. The truck was hauling paper.

McFarland firefighters joined the Cottage Grove Fire Department and Deer-Grove EMS in responding to a semi truck fire on Saturday.

The Cottage Grove Fire Department and other local agencies reported responding to two significant incidents on Friday and Saturday.

Early Friday afternoon, Highway N was shut down at I-94 for a cement truck rollover as crews worked to remove the truck. Within a couple of hours, the highway was back open, with Topel’s Towing helping to flip the truck back upright.

No injuries were reported, as the driver of the truck was not hurt, according to the Cottage Grove Fire Department.

On Saturday, the Cottage Grove Fire Department, along with Deer-Grove EMS and McFarland Fire and Rescue, responded to a semi trailer on fire on I-90.

According to the CGFD, a tire or brake failure led to a fire, extending into the trailer, which was hauling paper.

“Due to the nature of the fire, crews had to remove a large portion of the load, first by hand and then with heavy machinery,” the CGFD wrote on Facebook. “The driver was able to disconnect from the trailer to save the truck, the trailer is considered a total loss. We would like to thank McFarland Fire and Rescue for assisting and Deer-Grove EMS for providing rehab for our firefighters.”