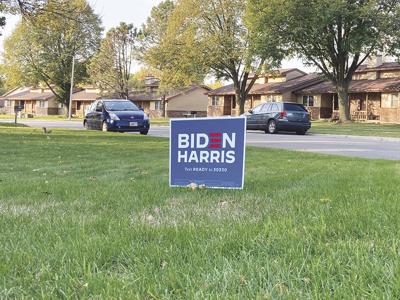 As the Nov. 3 election quickly approaches, political tension in local neighborhoods is on the rise. In recent weeks, area residents have reported their yard signs stolen or vandalized.

In a letter to the editor, Cottage Grove resident Michael Cordes said six of his Donald Trump campaign signs were stolen within the last four weeks. This, Cordes believes, is an infringement of his first amendment rights.

“The first amendment to the Constitution ensures our right to freedom of speech – it does not advocate for opposing viewpoints to be squelched, repressed, hindered, muzzled, or silenced. This is what is happening in our town,” Cordes wrote.

McFarland resident Jacob Karlen said a Black Lives Matter sign recently disappeared from his front yard. With both he and his wife working from home, Karlen said they have not been pulling in and out of their driveway as often, making it easier for someone to swipe the sign unnoticed. He made a lost and found post about the stolen sign, but to no avail.

Despite the stolen property, Karlen and his wife want to spread a message of positivity throughout the neighborhood, regardless of political affiliation.

“We purchased another copy of the sign, as well as a second one with the phrase ‘Love thy Neighbor,’” Karlen said.

After witnessing what has happened to neighbors, some community members are hesitant to put signs out at all.

“We just moved to McFarland in May,” said resident Irina Shpigelman. “We won’t be putting up political signs for fear of our house being vandalized or worse.”