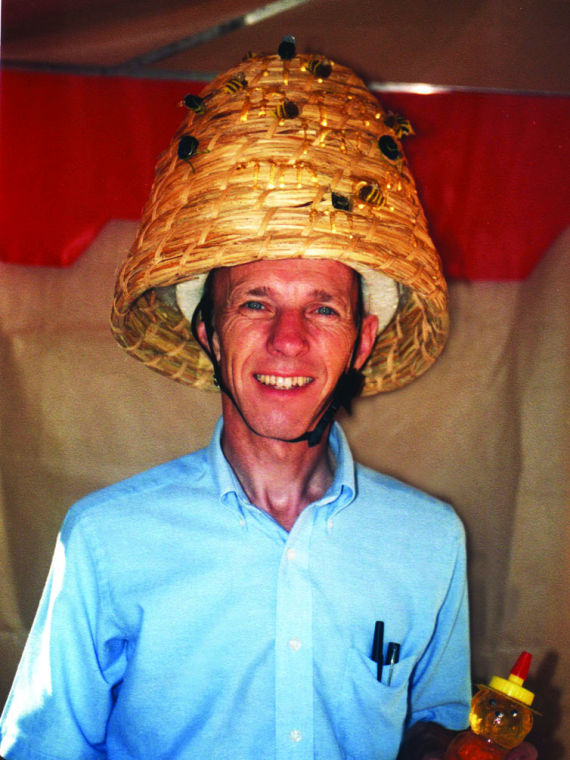 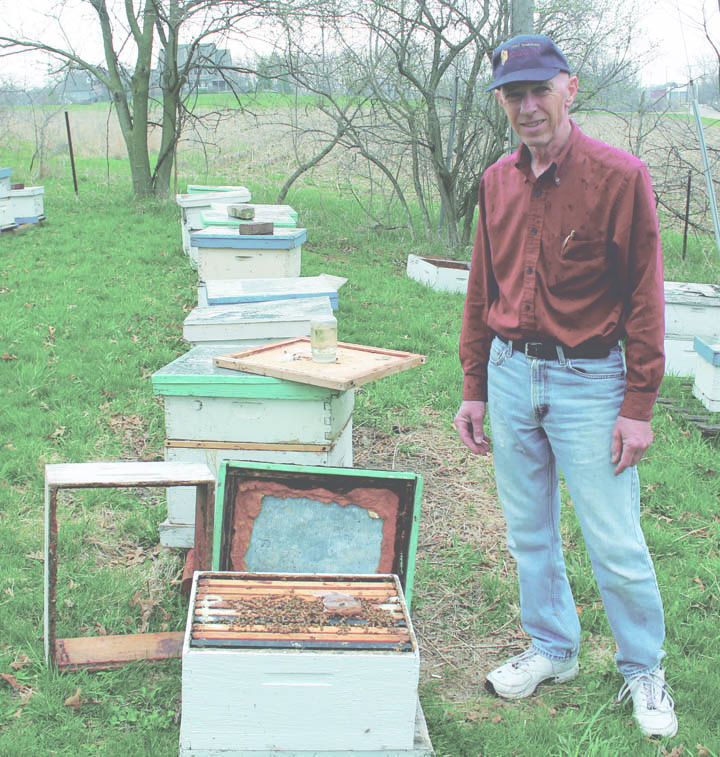 Fifty years is a long time to be committed to an activity. And not too many people would continue to do something where there’s a chance of getting stung. But Dale Marsden has been keeping bees for the last 50 years.

The McFarland resident has worked with millions of bees to produce honey and beeswax products, which are sold at the Dane County Farmers Market.

Back in 1963, Marsden’s brother-in-law brought some of his beekeeping equipment to the family’s farm. Marsden and his brother, Dan, who were both in 4-H, decided to take up beekeeping as part of their 4-H projects. Marsden believes the two had six hives in the first year.

“There were times when we got stung quite a bit,” he said.

The hives led to Marsden selling honey at the Maxwell Street Days in Edgerton. The following year Dan decided to back out of the commitment

“I just kept on with it until I was 19 and then I went into college… I got myself through college pretty much with the bees and working on the farm,” he said.

When Marsden joined the United States Air Force he stored most of his equipment but kept about six hives running on the family’s farm.

A couple years later Marsden was living in South Dakota and restarted beekeeping a bit. Once he retired from the Air Force he returned to Wisconsin and resumed beekeeping. Marsden purchased 70 hives of bees from a commercial beekeeper who was going out of business. After living in Madison for several years, he moved to McFarland.

Since moving back to McFarland, he has kept 50 to 70 hives each year.

Currently there are 60 hives on his property plus four nooks – small, starter hives – near Dyerson Road. In a few weeks 20 of the hives will be moved to area apple orchards and some will be taken to pumpkin patches.

During the summer there are an average 40,000 bees per hive, which equals roughly two million bees creating honey and beeswax for Marsden.

The process to collect honey starts in June and he removes honey in small batches from the hives once a week. Marsden smokes the hives just a bit and takes the top honey box off every hive. Then, he blows or brushes the bees off the combs to access the honey.

“It depends on how much there is. If it’s just a box, I just brush them off and try to put them back in the box,” he said, “and I use a leaf blower to blow the bees out of the box… then they go back in the hive.”

Each hive can produce up to 100 pounds of honey.

Marsden is able to collect a variety of honey depending on the flowers the bees decide to visit. He said the bees generally go to the best and most abundant source. The insects may go to one source primarily in the morning and stop at another type of flower later in the day.

Generally Marsden gets dandelion, locust, Russian olive., clover and occiasionally blackberry and raspberry. As the weather gets warmer, he takes some of the bees to Spooner where the bees stop at knapweed, basswood and purple loosestrife. Additionally, if Marsden gets there early enough the bees can visit blueberries.

Sometimes, he even visits the cranberry bogs in Warrens before taking the hives to Spooner.

“I get quite a few varieties that way by moving them to different locations,” Marsden said, “but even around here I get 8, 10 varieties of honey. Mostly a light or amber honey.”

At the Dane County Farmers’ Market Marsden is known as the “Bee Hat Man” and has been selling products there for 35 years (the hat has been around since 1998). He began selling his products under the name Marsden’s Pure Honey at the market in 1978.

He also sells beeswax and beeswax candles at his stand.

Sold at the Wednesday and Saturday Dane County Farmers Market