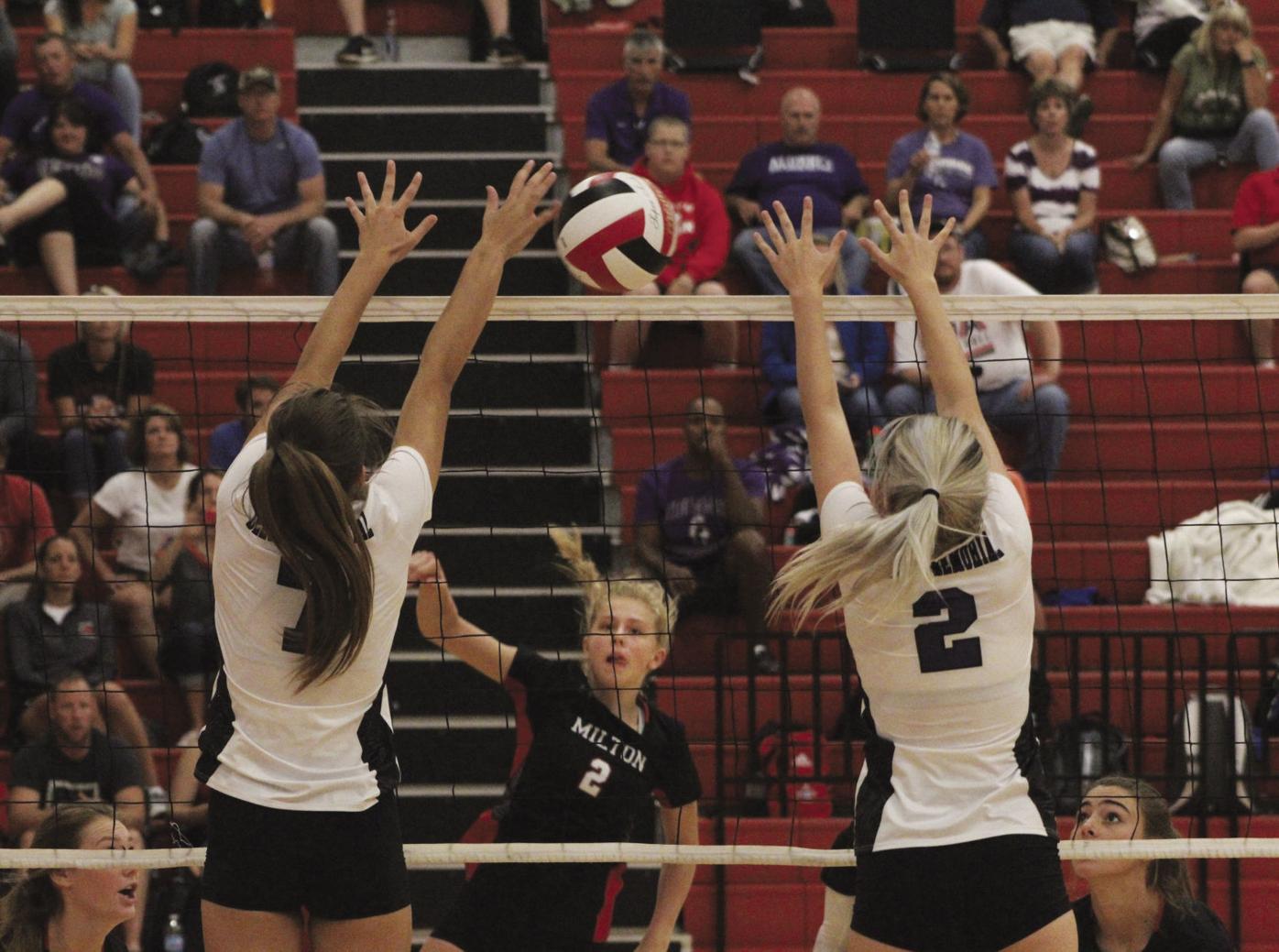 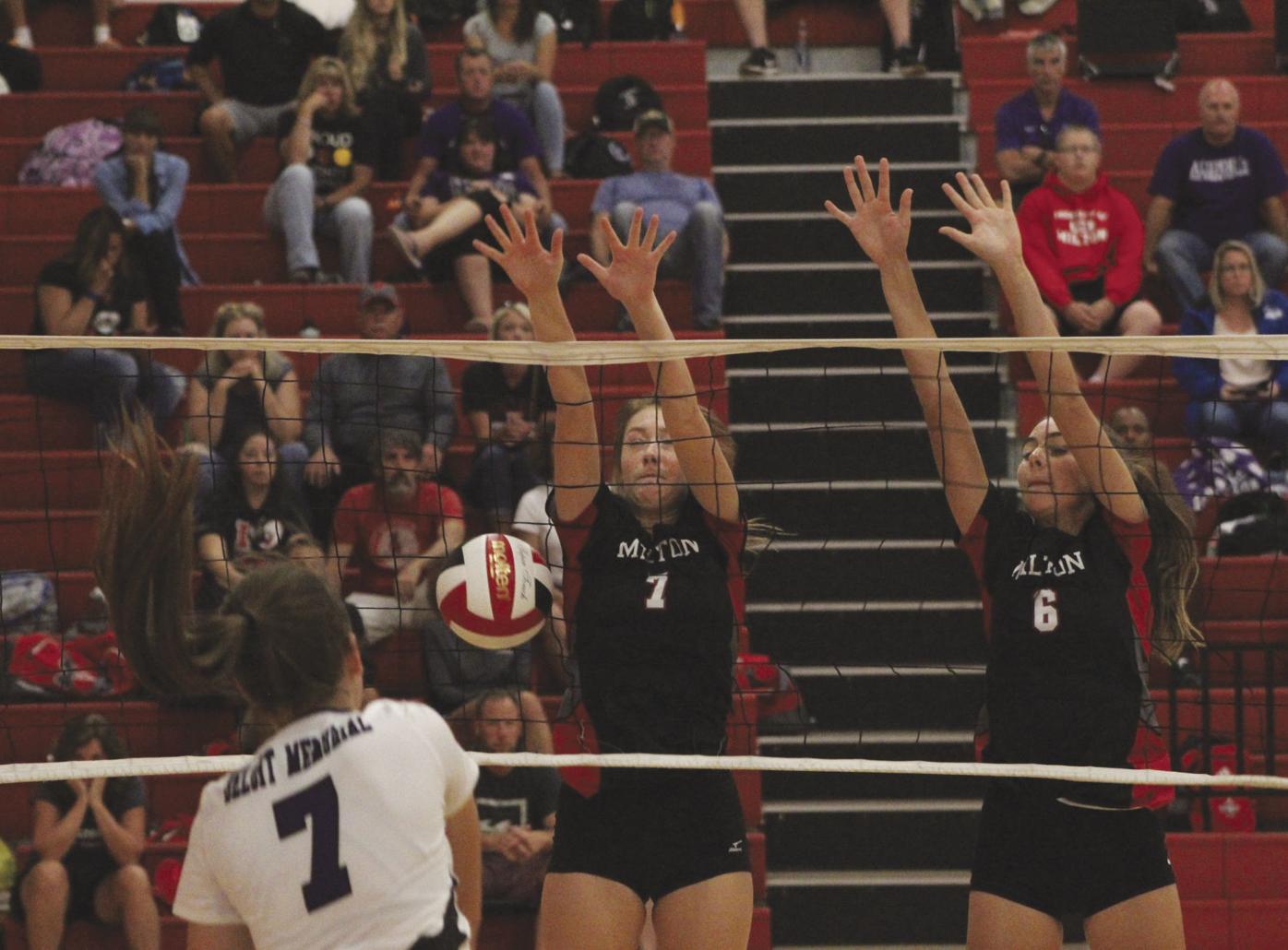 The Milton High School volleyball team has a lot to replace in 2019.

Milton began it’s journey to replace and reload this season with the Madison La Follete Tournament on Tuesday, Aug. 27, in Madison.

Milton got some more experience on Friday, Aug. 30, and Saturday, Aug. 31, at the University of Wisconsin-Whitewater Invitational.

The Red Hawks went 5-3 in their matches in Whitewater.

“We got eight matches in, which was nice. We played a lot of games,” Milton head coach Wayne Hansen said. “I kept 14 girls this year, which leads me with a lot of selections, opportunities for kids to play. We’re just so young, it was nice to get this tournament in.”

Overall, Milton took 15th place out of 24 teams at the UW-Whitewater Tournament.

Falk and Jordan Karlen both return as starters from last year’s team.

“I have a quote on quote big three,” Hansen said.

At the Madison La Follete Tounrmanet Jordan Karlen led Milton in assits and aces with 97 and 13, respectively.

“Those are the three I lean on, but we also have excellent contemplatory players that are good in their own right,” Hanesen said.

One of those contemplatory players is junior outside hitter Paige Emerson.

Emerson racked up 14 kills at the Madison La Follette Invitational.

Milton finished 6-1 in the Badger South Conference last season, a game behind 7-0 Watertown in the Standings.

“I think we’ll be in the top three,” Hansen said.

“I think people are definitely overlooking us because of how much I lost” Hansen said. “I probably had one of the best teams I ever had at Milton last year.”

Despite the young team, Hansen believes a regional title is still in reach for his Red Hawks.

“My goal for us is to win regionals,” Hansen said.

“I think the goal is very attainable,” he added.

The Red Hawks will take on Oregon Thursday, Sept. 5, at Milton High School at 7 p.m.