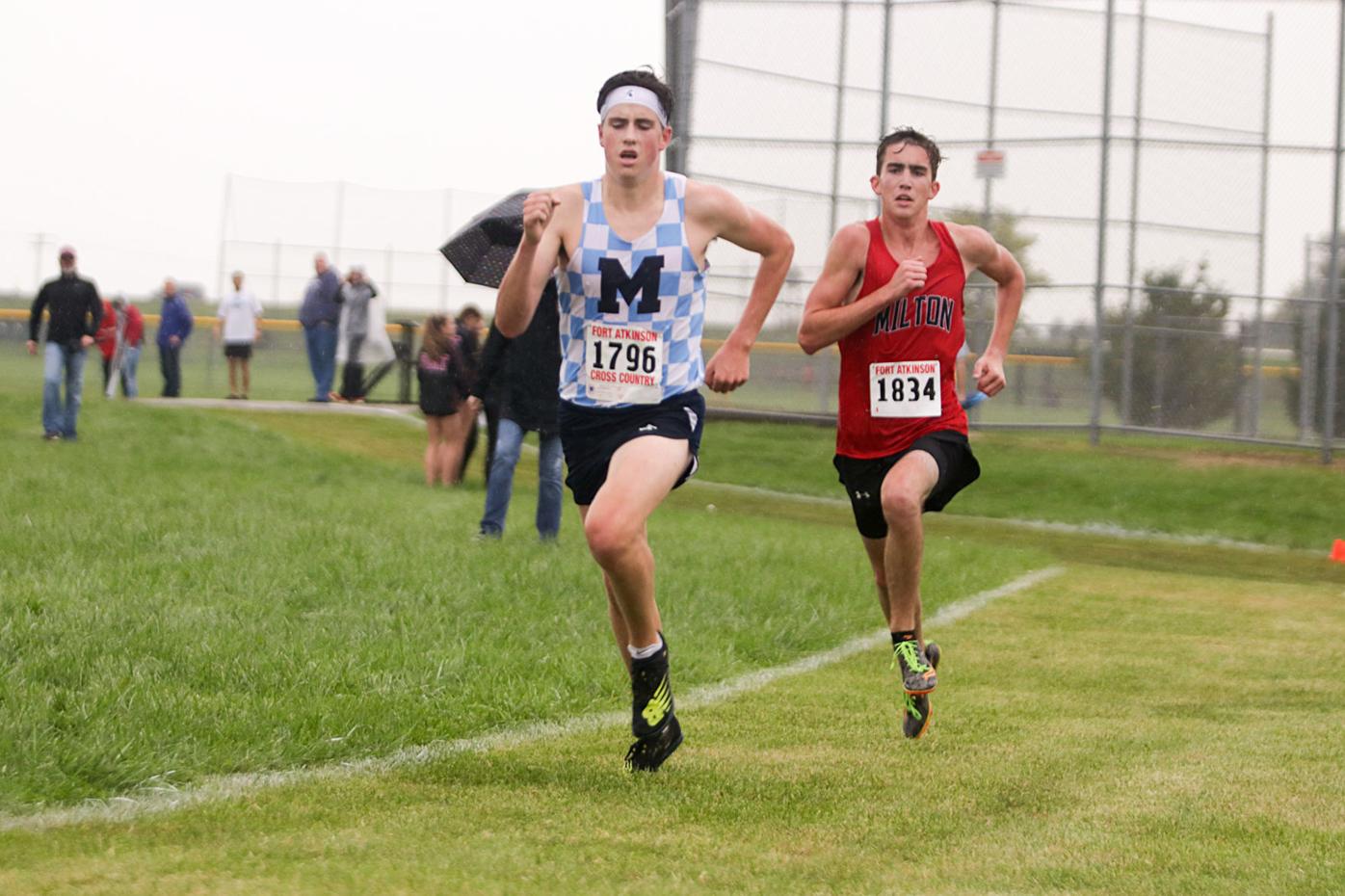 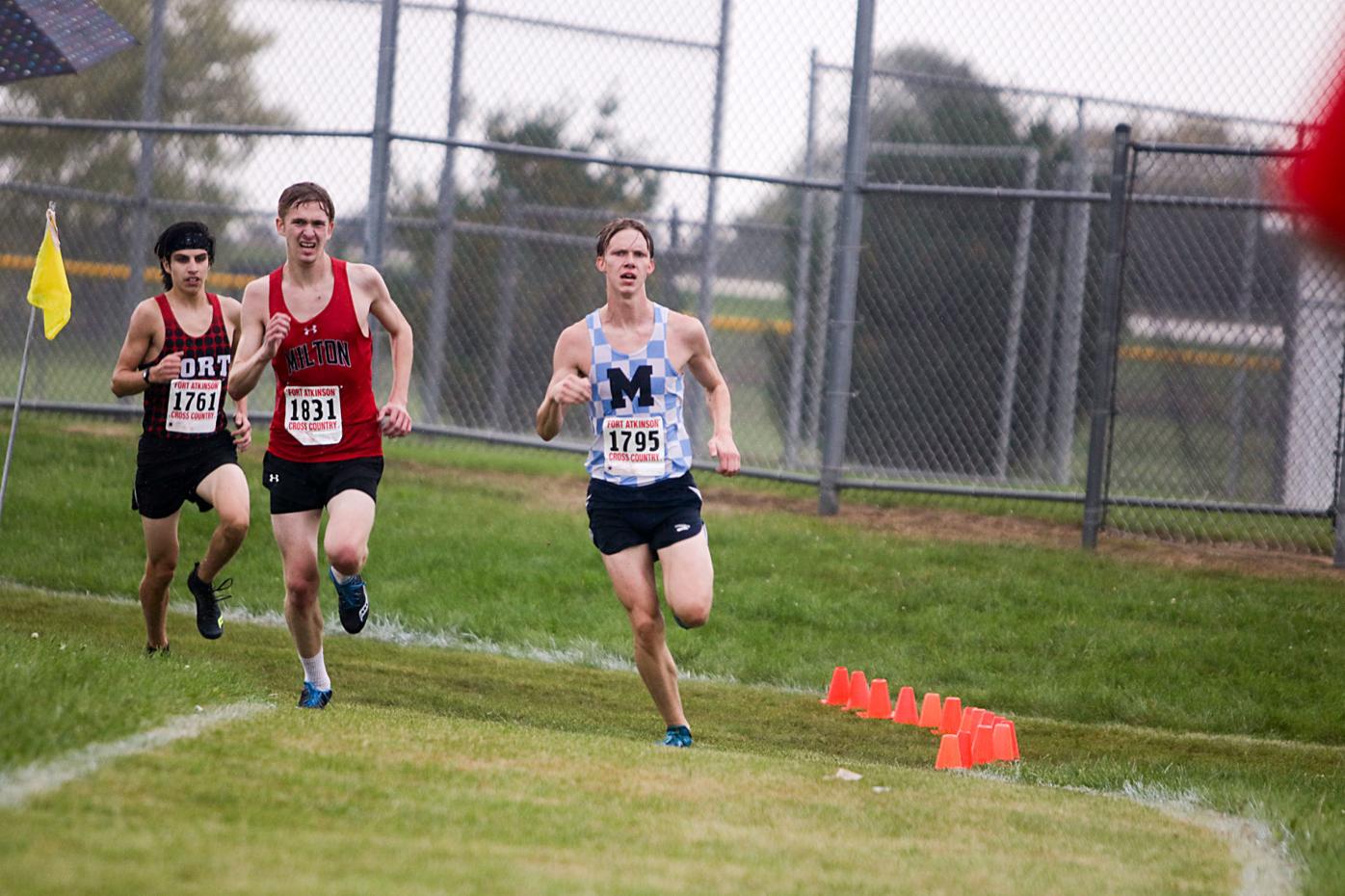 Woodcock helped the boys team to a first-place finish in the four-team invitational with 36 points.

“The girls took a step forward in getting back to where they started the season,” Roherty said. “I think that we will see a lot of personal bests next week.”

The race served as the final tuneup before Milton’s conference meet, which will be held Saturday, Oct. 19, in Fort Atkinson.

Woodcock clocked in with a time of 17 minutes in Fort Atkinson, two seconds ahead of McFarland senior Matthew Klumpyan.

“Devin getting the individual victory was awesome to watch,” Roherty said. “I knew that if he kept within shooting distance, he could catch the guy leading the race.

“It was thrilling to watch, and a great accomplishment for his already decorated career.”

Senior Reidar Snow finish fifth in the 77-runner field with a time of 17:56. Fellow senior Travis Smith placed eighth with an 18:15.

Sophomore Kaleb Martin just cracked the top 10 with a 10-place finish, crossing the line with an 18:23. Senior Miles Stuckey and freshman Brady Chase placed 12th and 13th, respectively. Stuckey clocked in with a time of 18:39 while Chase timed in at 18:49.

“Miles Stuckey had a great day, and is peaking at the right time,” Roherty said.

Senior Evan Burnside placed 15th overall in the field with a time of 18:54.

Talabac placed second in the girls race with a time of 20:38, finishing only behind Fort Atkinson senior Jenna Lovejoy (19:17).

“Mara had a great day and she is really coming on strong to finish the season,” Roherty said. “She has been doing a lot of work to get herself in the right state of mind.”

Also in the top 10 for the Red Hawks in the 63-runner field was sophomore Alayna Borgwardt, who finished sixth with a 21:27.

“Alayna Borgwardt put herself in a good position and placed well,” Roherty said. “She is looking to have a breakout race at conference.”

Sophomore Savannah Swopes (22nd) and junior Julianna Crandall (24th) rounded out the Red Hawks’ top seven on the girls side with times of 23:17 and 23:18, respectively.