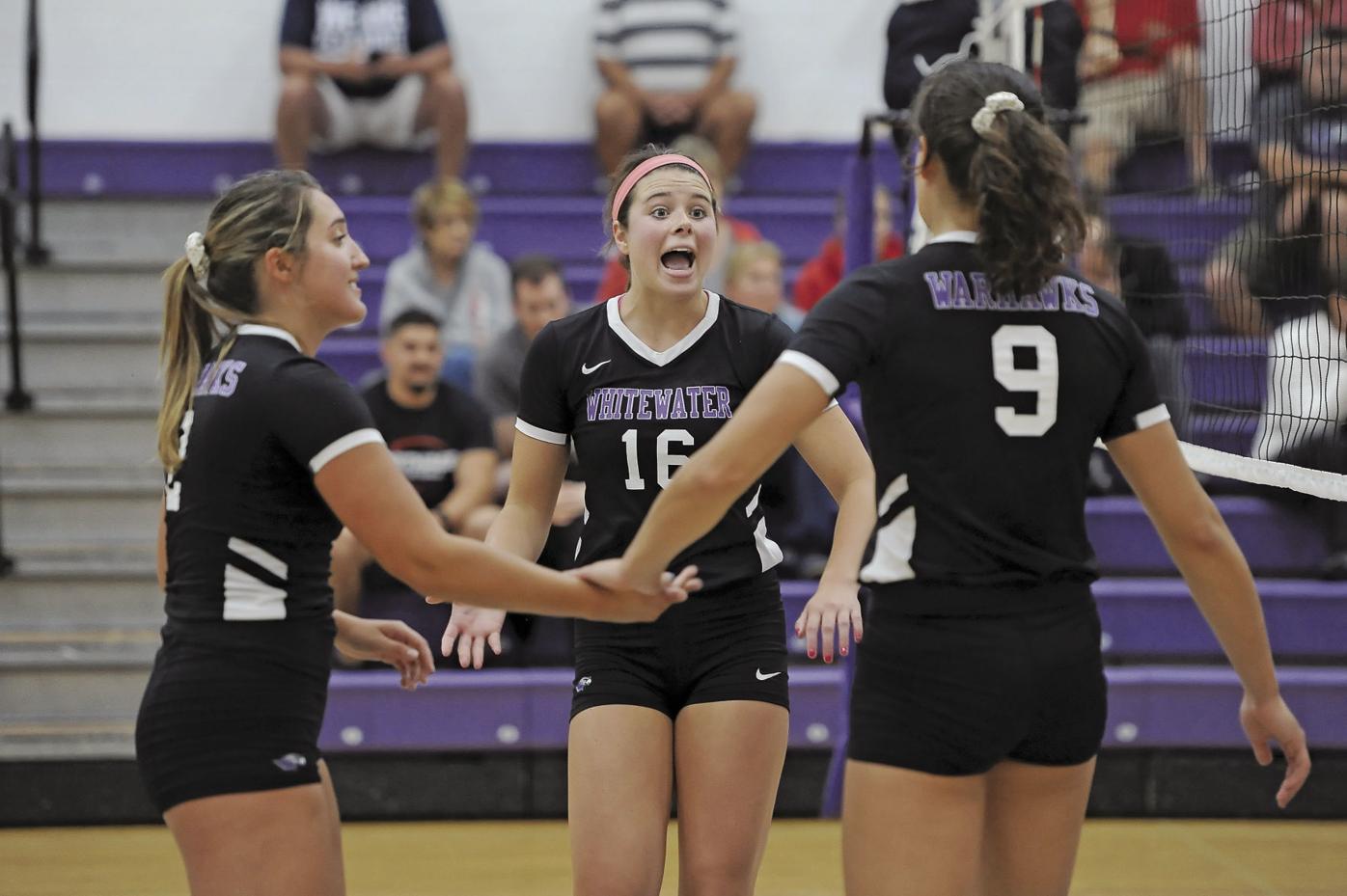 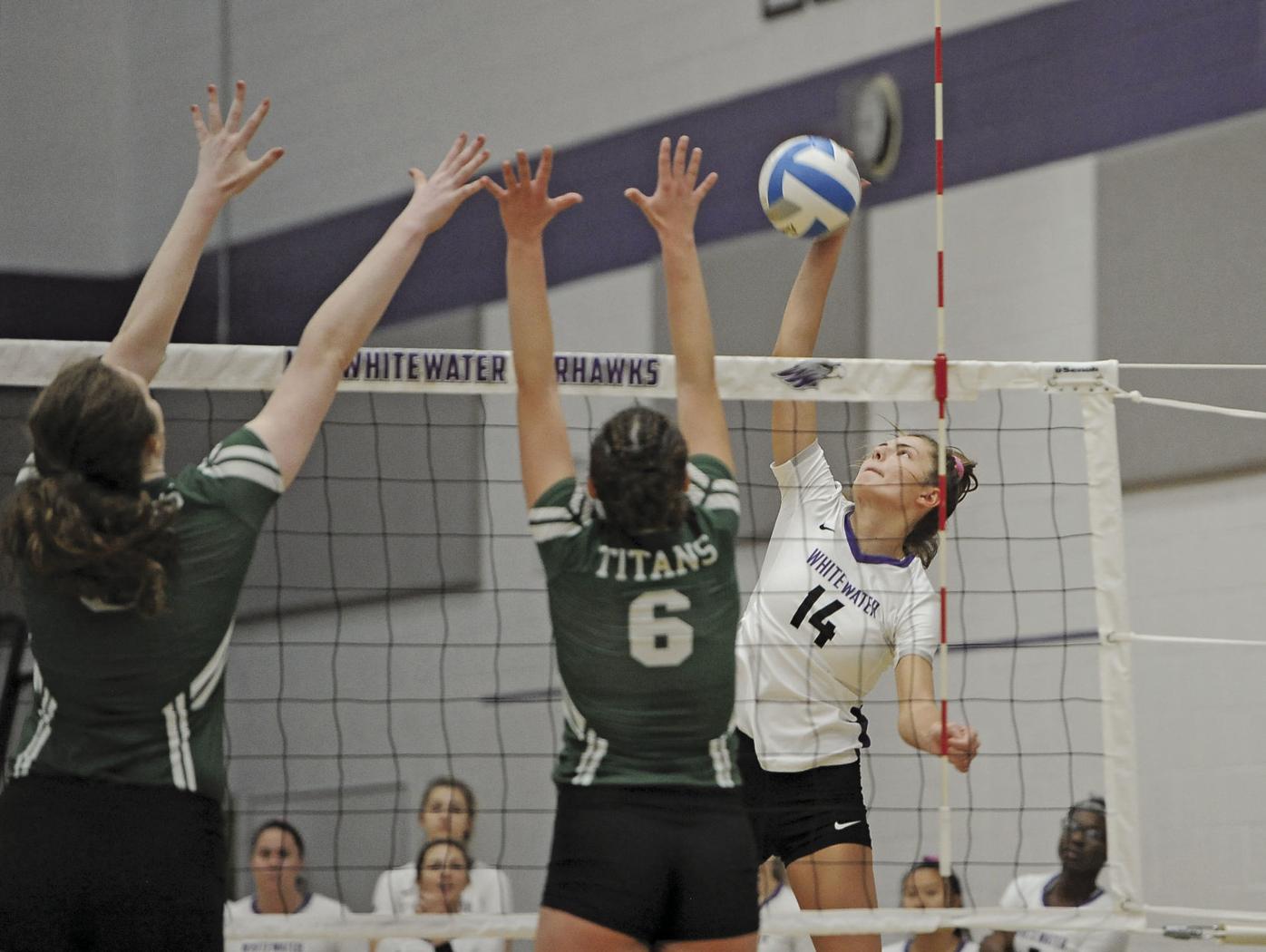 UW-Whitewater freshman Chloe Buescher was named WIAC Newcomer of the Year and was selected to the conference’s first team.

UW-Whitewater freshman Chloe Buescher was named WIAC Newcomer of the Year and was selected to the conference’s first team.

Rachel Butterfield knew Chloe Buescher from their time at Milton High School, but with three years between them, they never played volleyball together.

Buescher never expected to play with Butterfield at the college level, either, with Buescher getting to UW-Whitewater for her freshman season just in time for Butterfield’s senior year.

And yet, as the Warhawks get set to play in the NCAA Division III Tournament beginning Friday in Chicago, the two former Red Hawks have been at the forefront of the Warhawks’ success.

Buescher was one of two UW-W freshmen named first-team all-Wisconsin Intercollegiate Athletic Conference. And Butterfield earned honorable mention honors for a team that is 22-9 and won the WIAC regular-season title.

“I always knew Chloe was so talented, so it’s been cool that she also got offered a spot on the Whitewater volleyball team,” said Butterfield, who indicated Buescher was called up from junior varsity to varsity only for the postseason tournament during their overlapping time together at Milton. “She really has shown that she can be a very successful college volleyball player.

“And it’s awesome that she’s also from Milton. We’ve got that going for us.”

Butterfield is getting a chance to cap her standout career with one more NCAA Tournament appearance.

She worked her way into the Warhawks’ lineup as a sophomore and now has had back-to-back honorable mention all-WIAC seasons as a rightside hitter. She ranks third on the UW-Whitewater team with 240 kills.

“To say I’ve been a three-year starter ... I think that’s been amazing for me, because it’s exactly what I wanted to do, to earn a spot on the court and make a difference,” Butterfield said. “I definitely feel like everything is wrapping up in a very bittersweet way for me.”

“I’m definitely a lot different player now,” she said. “Last year, as a junior, I transitioned to the right side, and that’s where I’ve seen my most success. I was never a rightside hitter growing up, I was always outside.

“Transitioning in the middle of my college career ... I’ve learned so much. Different shots, different blocking schemes. I think I’ve truly found what I can do to help our team.”

Buescher expected to take a similar path as Butterfield, perhaps learning the ropes as a freshman before taking on a bigger role.

Instead, Buescher became part of the lineup. She ranks first on the Warhawks with 328 kills and also has 248 digs and 61 blocks.

“Everyone being so talented here has really pushed me to be such a better player and person,” Buescher said. “It’s very different (from high school). The flow of the game is a lot faster.

“I definitely did not think I would be playing right away. I just wanted to go try out and see what college sports were all about. It’s been an amazing experience.”

Buescher said playing alongside a fellow Milton High grad has helped make the transition even easier.

“I know someone that is on the team, and she was always open to me talking to her about anything and giving me pointers,” Buescher said. “She definitely took me under her wing, and it helped me a lot.”

Butterfield said that kind of team chemistry is what has helped the Warhawks return to the NCAA Tournament.

They take on Otterbein in a first-round match at 5:30 p.m. Friday. Chicago and Westminster (Missouri) face each other in the nightcap, with the winners playing in the second round Saturday night.

“It was a goal for me, as a senior, to make sure we could get back to the NCAA Tournament,” Butterfield said. “Even though we lost some key players from last year, we have very talented freshman and sophomore classes. I think we’ve come to realize what’s really important in this season and what our big goals are.

“Everyone has been on the same page with wanting those goals and working toward them.”