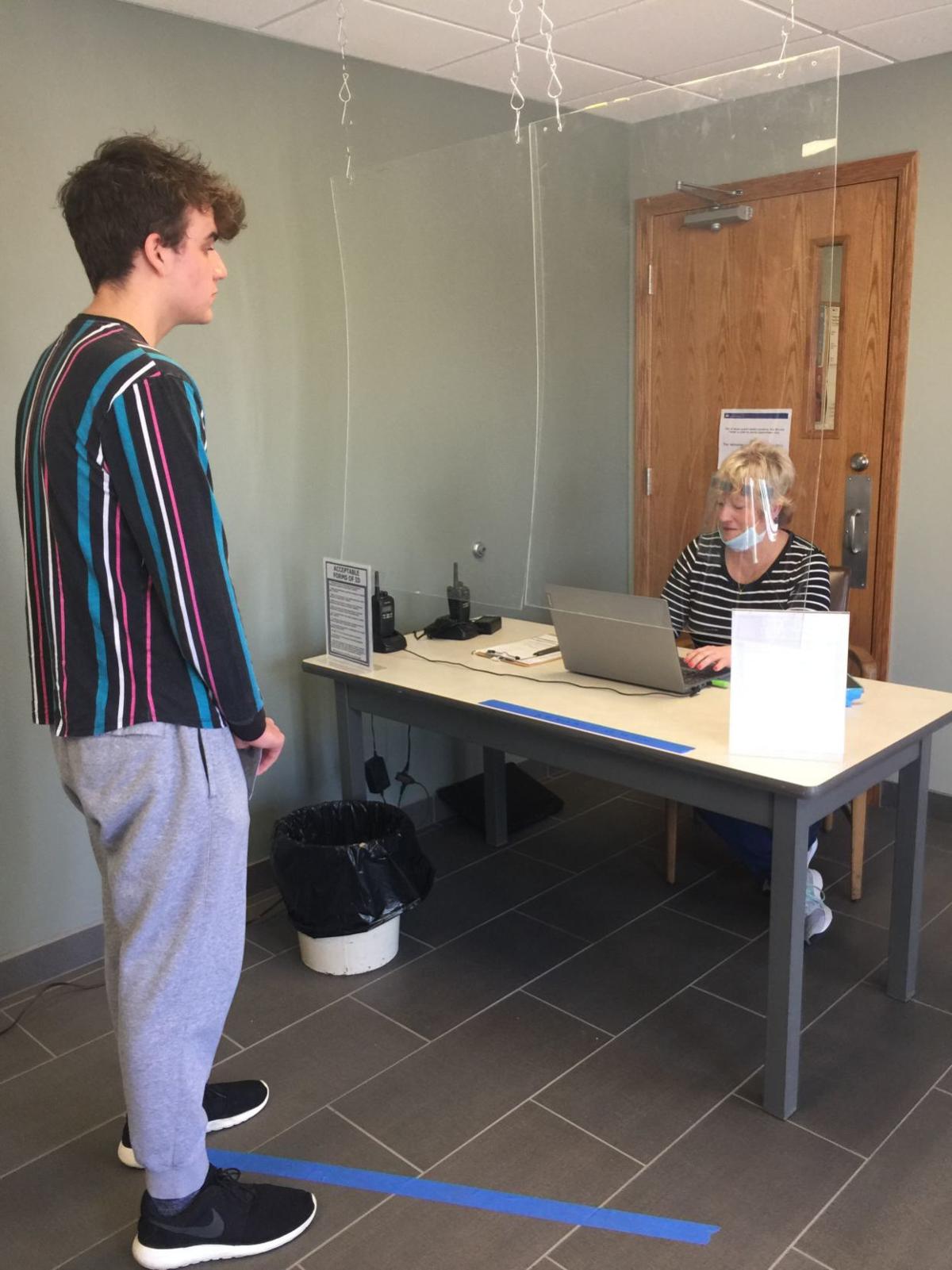 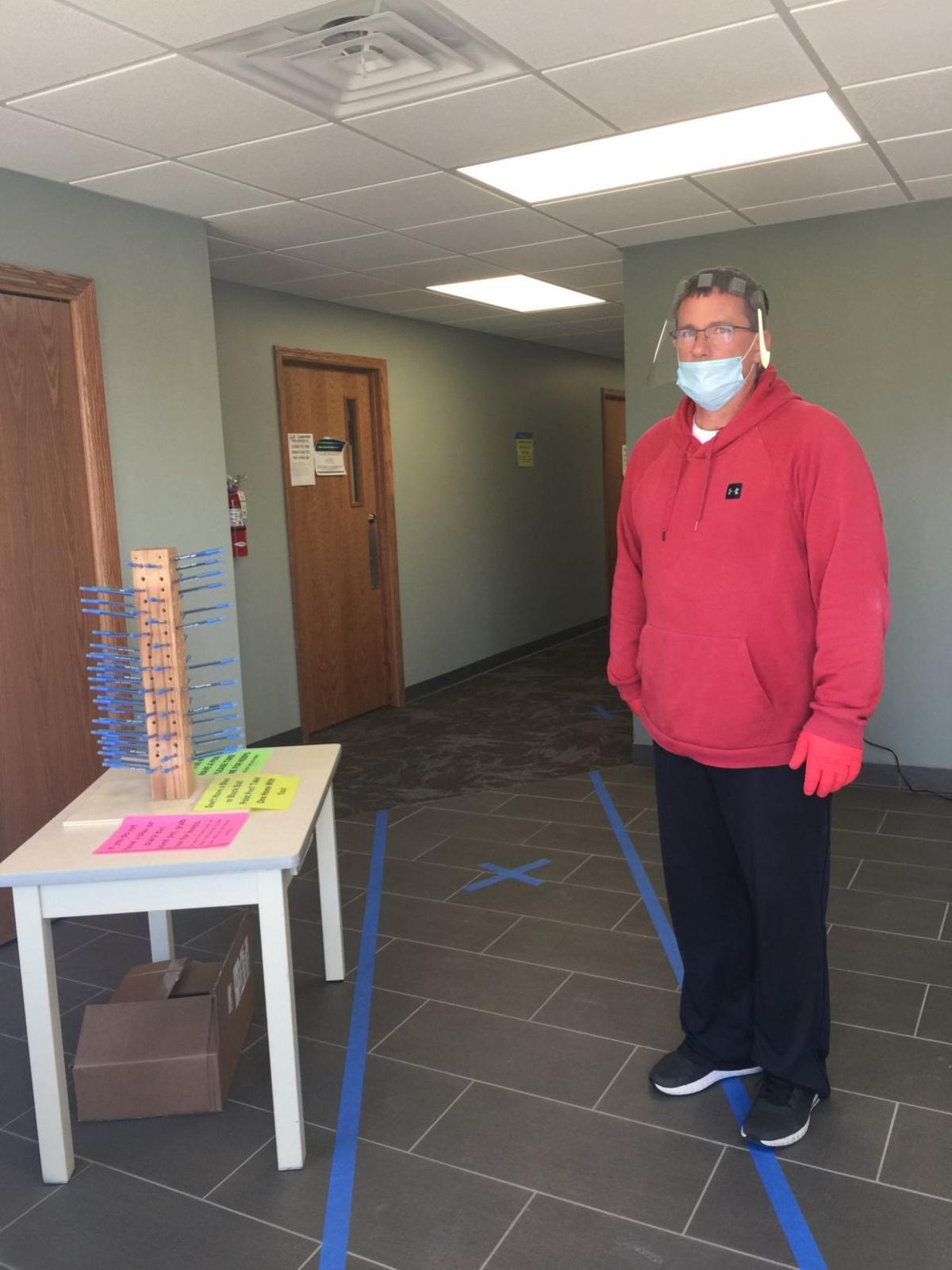 After a storm of confusion Monday, the sun shinned brightly on Tuesday as voters and poll workers moved forward with the statewide spring general election.

At 12:30 p.m., Town of Harmony Clerk Tim Tollefson said the morning had brought a steady, but slow, trickle of voters, with about 98 casting in-person ballots.

“We are averaging about one voter every three and a half minutes. Normally, this time of day would be a rush,” he said.

Tuesday’s election was anything but normal. After Gov. Tony Evers, a Democrat, issued an executive order Monday suspending Tuesday’s in-person voting and proposing the election date move to June 9, Republican state lawmakers filed a motion with the state Supreme Court, challenging the order, saying the governor had overstepped his authority.

Hours later, the state Supreme Court voted 4-2 to overturn the governor’s order, putting in-person voting back in place as scheduled.

Also on Monday, the US Supreme Court overturned the governor’s proposal, which had been granted in a lower court, allowing those with absentee ballots to vote through April 13. Those holding absentee ballots had until the polls closed Tuesday to hand deliver their ballots. Ballots can arrive by mail to clerks’ offices by April 13, but must be postmarked by Tuesday, April, 7.

Even with Monday’s uncertainties, Tollefson said, “no matter what happened, I just kept moving forward.”

In Harmony, he said: “The day was progressing well,” adding: “You plan for the worst-case scenario and hope for what we are having today.”

By day’s end, Tollefson said he expected to see a total of 150 voters come through the door.

Those coming to vote were of a broad range of ages, he said.

“A lot of them are wearing masks and a lot of them have gloves, and some are coming through with none of those,” he said.

Voters were not fazed by new protocols in place to mitigate the spread of COVID-19, he said.

“People are thanking us for being here. They have respect for what we’re doing,” he added.

Tollefson said he had made a visit earlier in the day to the post office to make sure any absentee ballots arriving would receive Tuesday’s postmark.

“We are trying to make sure everybody is counted,” he said.

Shortly after noon, Town of Harmony Assistant Chief Inspector Linda Zainer registered first-time voter Logan Schwartzlow, 18, and a 2019 graduate of Milton High School. Schwartzlow held a mask in his hand as he answered questions for Zainer who was seated behind a Plexiglas shield.

After registering, Schwartzlow said that he never expected his first voting experience to be like this.

“I feel like I’m glad they (poll workers) are doing all they can, but it could have been better. More could have been done at the government level to extend the election or by pushing it back like other states did,” he said.

First-time poll worker Jim Hessenauer, a Rock County Public Works Department employee, said he volunteered because it was announced at his workplace that poll workers were in short supply.

“These are unusual circumstances. A lot of people were worried and didn’t want to do it so they needed help.

“I felt it was my civic duty,” he said as he waited to greet arriving constituents to give them preliminary instructions and make sure they had a pen. His job also included keeping the polling place vestibule and registration area clean.

Wearing a mask and gloves, he said: “I feel like I’m taking precautions, having minimal contact and constantly cleaning and I feel safe.

“Keeping people safe is really just about learning to get into new habits.”