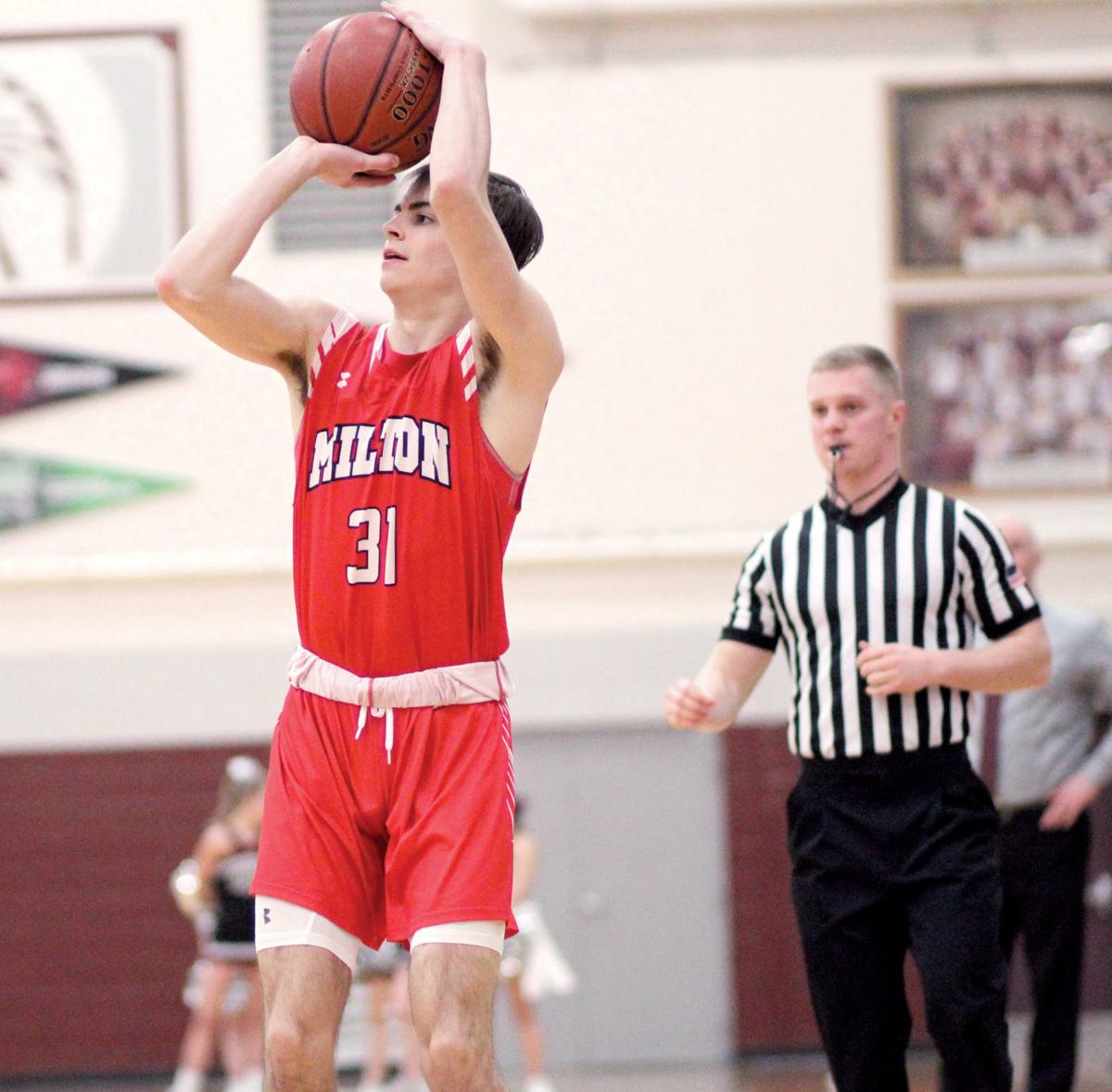 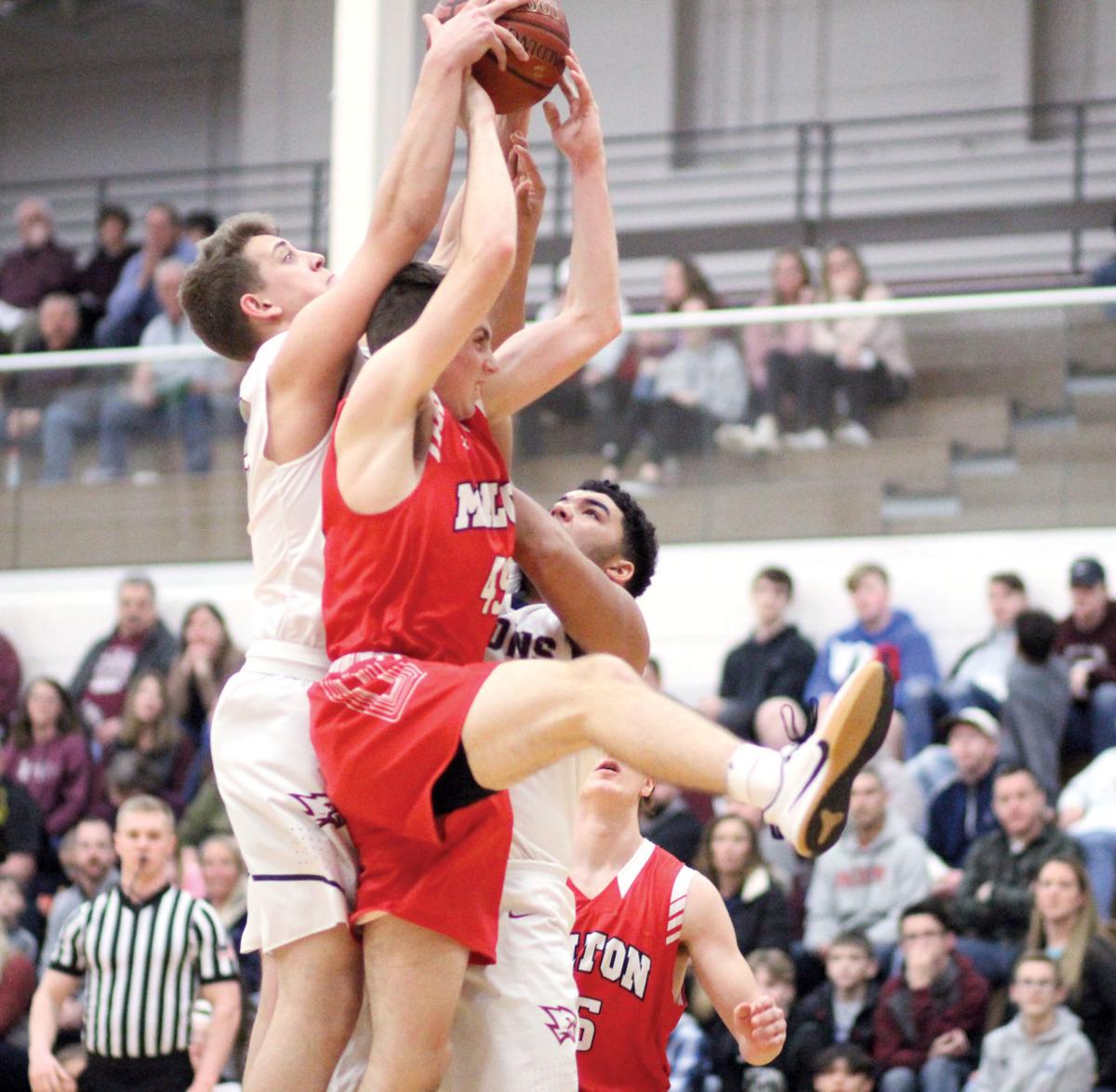 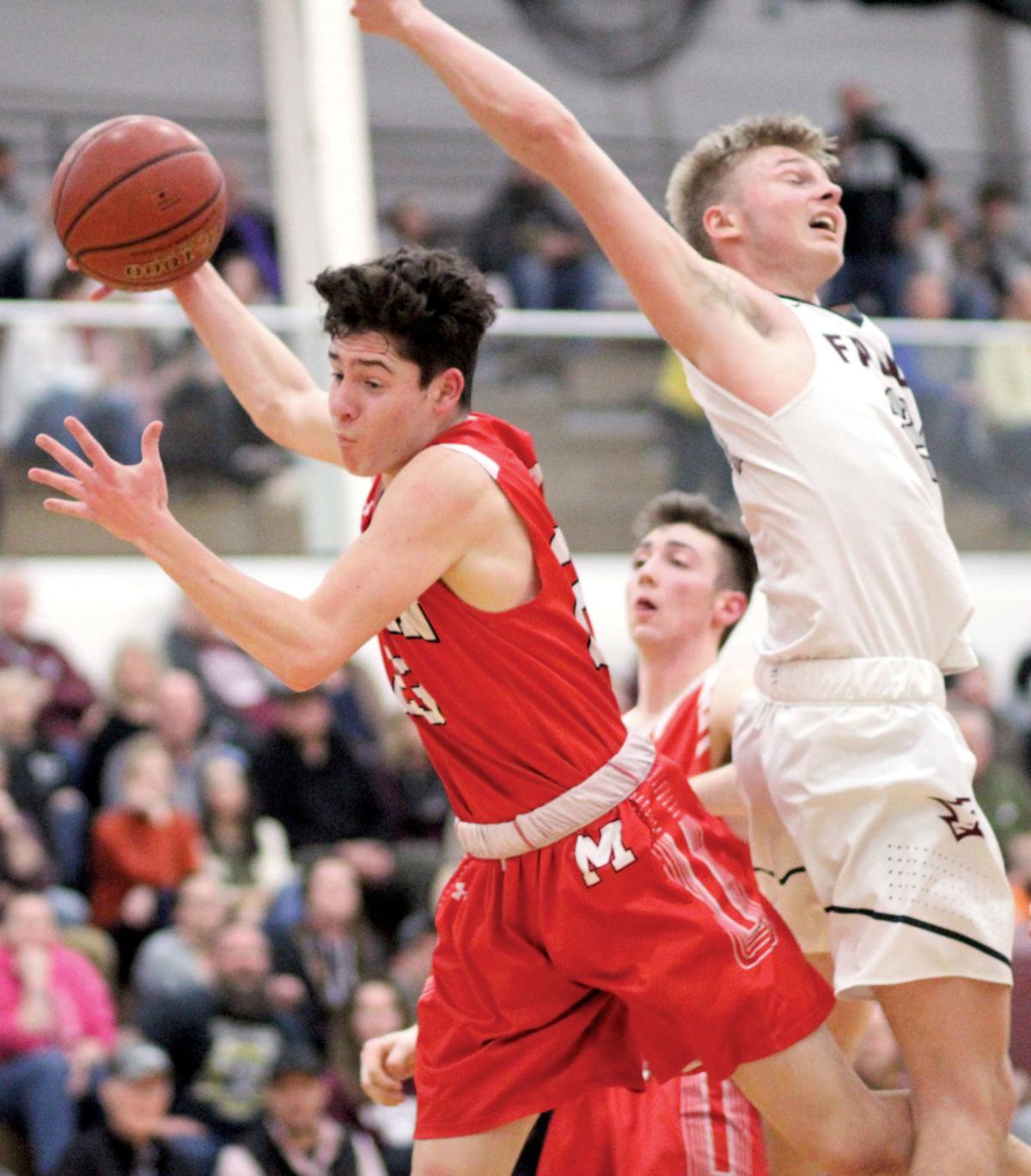 The Milton boys basketball team has come a long way since Elkhorn.

The Red Hawks led by eight points early in the second half, but Westosha Central went on to outscore Milton, 36-19, in the final 18 minutes.

“We battled extremely hard,” Milton head coach Alex Olson said. “I think we saw for moments in that game — especially for how young we are — how far this group has come since Elkhorn.”

Milton was beaten by Elkhorn — a team that Westosha Central shared the Southern Lakes Conference title with — by 26 points in the season opener.

“Not that we’re about moral victories here, but the improvement we’ve made throughout the year is really a testament to our senior group and how coachable they were,” Olson added.

Sophomore Jack Campion made a 3-pointer with a minute left in the first to help give the Red Hawks a 38-34 halftime lead.

Campion finished with 13 points in the half.

Junior Sam Burdette made his fourth and fifth 3-pointers of the game the first two minutes of the second half to give Milton its biggest lead of the game at 44-36 with 16:35 to play.

“It’s something we’ve struggled with all year, and that’s being sound defensively and finishing plays,” Olson said. “We got exposed a little bit in that sense. I think offensively we became a little stagnant.”

Burdette scored a team-high 20 points for Milton, including six 3-pointers.

“We weren’t able to finish over height and be creative, which will definitely be an emphasis in the off-season for us. The kick-out 3s happen to be there a ton,” Olson said.

Westosha Central made it difficult to find points in the paint with its height. Of its 12 rostered players, 10 are over 5 feet 11 inches — including 6-foot, 7-inch Bradley Bell.

“Rose is as good as it gets as far as combo guards in the area, and frankly the state,” Olson said. “He’s going to get his either way, they run plays for him constantly. He can shoot over small defenders and go by taller players. He’s a match-up nightmare.”

Westosha Central went on to lose to Elkhorn, 61-52, in the regional final on Saturday.