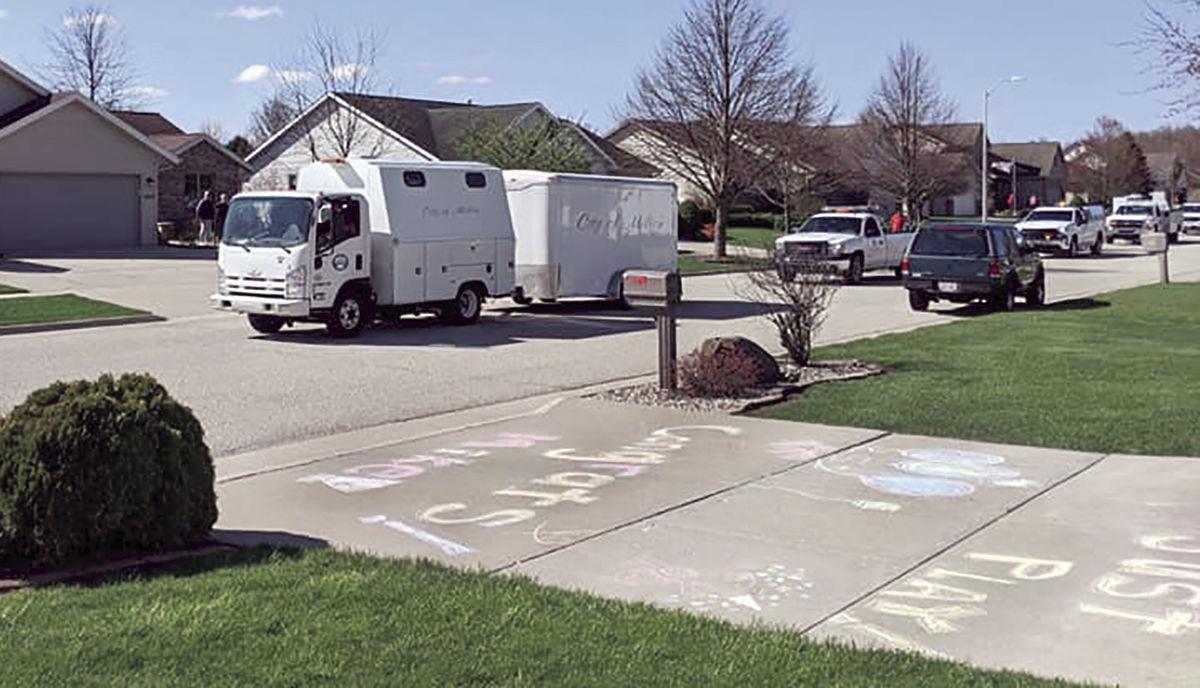 Luanne Griffin of Janesville took a photo as city of Milton vehicles went by to surprise her husband, Mike Griffin, with a parade, celebrating his retirement on April 30. 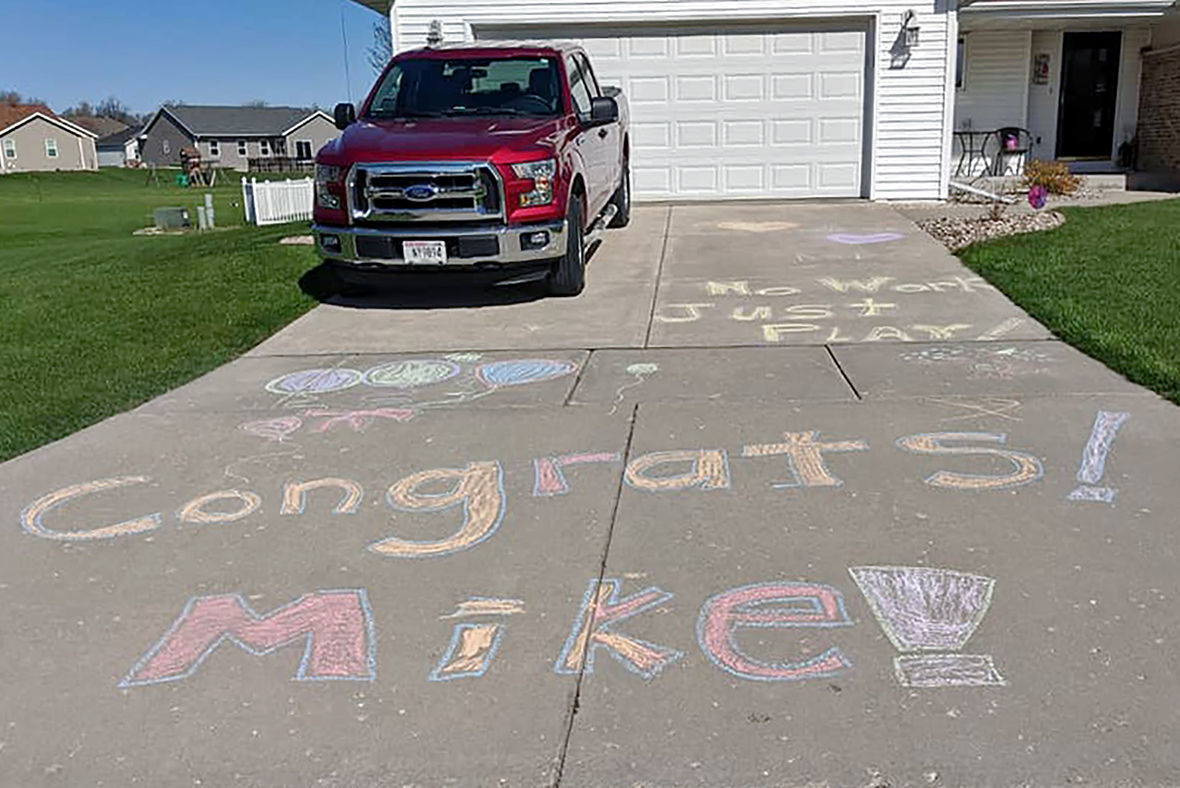 Neighbors celebrate Mike Griffin’s retirement from the city of Milton Department of Public Works after 27 years. 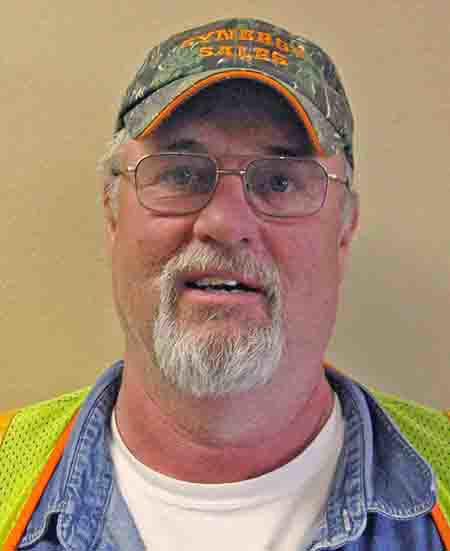 Luanne Griffin of Janesville took a photo as city of Milton vehicles went by to surprise her husband, Mike Griffin, with a parade, celebrating his retirement on April 30.

Neighbors celebrate Mike Griffin’s retirement from the city of Milton Department of Public Works after 27 years.

A long-time Milton Department of Public Works employee isn’t at work this week, although it is National Public Works Week. Mike Griffin hasn’t been to work at all this month. That’s not because of the COVID-19 pandemic or a Safer at Home order. After 27 years, Mike retired in April.

City of Milton employees celebrated April 30 with a parade of city vehicles going by his house on Portland Drive in Janesville. Included in the parade was a truck and trailer that Mike was known for driving. Neighbors came out of their houses to watch the parade. Some (Madison and Ashton Bussinger with their mom, Melissa) wrote chalk messages in his driveway.

Mike’s wife, Luanne, was taking photos of the driveway when she saw the parade approaching. She called for her husband. Mike told the Milton Courier that he thought she wanted him to see the chalk in the driveway, which he already had. Then he saw the vehicles, heard the sirens and saw the lights.

“They know how to embarrass a guy,” said Mike of the city employees.

When Mike joined the Department of Public Works crew in April 1993, he helped with “anything that needed to be done.” Public works includes the streets, sanitation, sanitary and storm sewers, water utility, public property including parks, and even the cemetery on North Janesville Street. As part of the general labor crew, Mike helped with mowing, picking up trash, snow plowing and work that needed to be done in the parks. After taking classes, Mike joined the water department full-time and helped with public works tasks as needed.

When he retired, his title was assistant water works operator, which means he spent many years flushing hydrants, looking for water leaks and rodding sewers (to clear obstructions). Among his biggest challenges: water main breaks in the middle of winter.

“Something always needed fixing,” he said.

Technological advances over the years helped get the job done.

Water meter reading, previously meant two people walking the town, reading the meters and writing on a pad of paper the numbers on the houses and meters. The job took maybe two weeks.

Now water meter reading technology allows the job to be done from a truck and might take two people working four hours.

When residents call Diggers Hotline, it’s the city that locates water and sewer lines. Depending on the size of a property, that can take some time.

From turning on the water in the parks each spring to fixing the toilets, he said, “every day’s different.”

Mike, who said his wife calls him a workaholic, kept busy.

In retirement, he said he’ll miss both the people and the work.

With the state Safer at Home order in place, a retirement party could not be held.

DPW Director Howie Robinson told the Milton Courier that Mike as “always reliable, someone who liked to keep things on schedule and could always be counted on. He got along good with people and he knew a lot of people from town, which helped with all the public work he did at people’s homes and businesses. He took pride in his work.

“You could tell if it was a good day or not by how much whistling was going on.”

As a retirement present, Mike received a rose bush, symbolic of the rose bush he helped save when the splash park was being constructed. He dug up the rose bush and planted it at the yard waste site, where it continues to bloom each year.

Commenting on the parade for Mike, Robinson said after someone works here 27 years, they needed to be surprised at least one more time.

At work Mike often said, “Just when you think you’ve seen it all.”