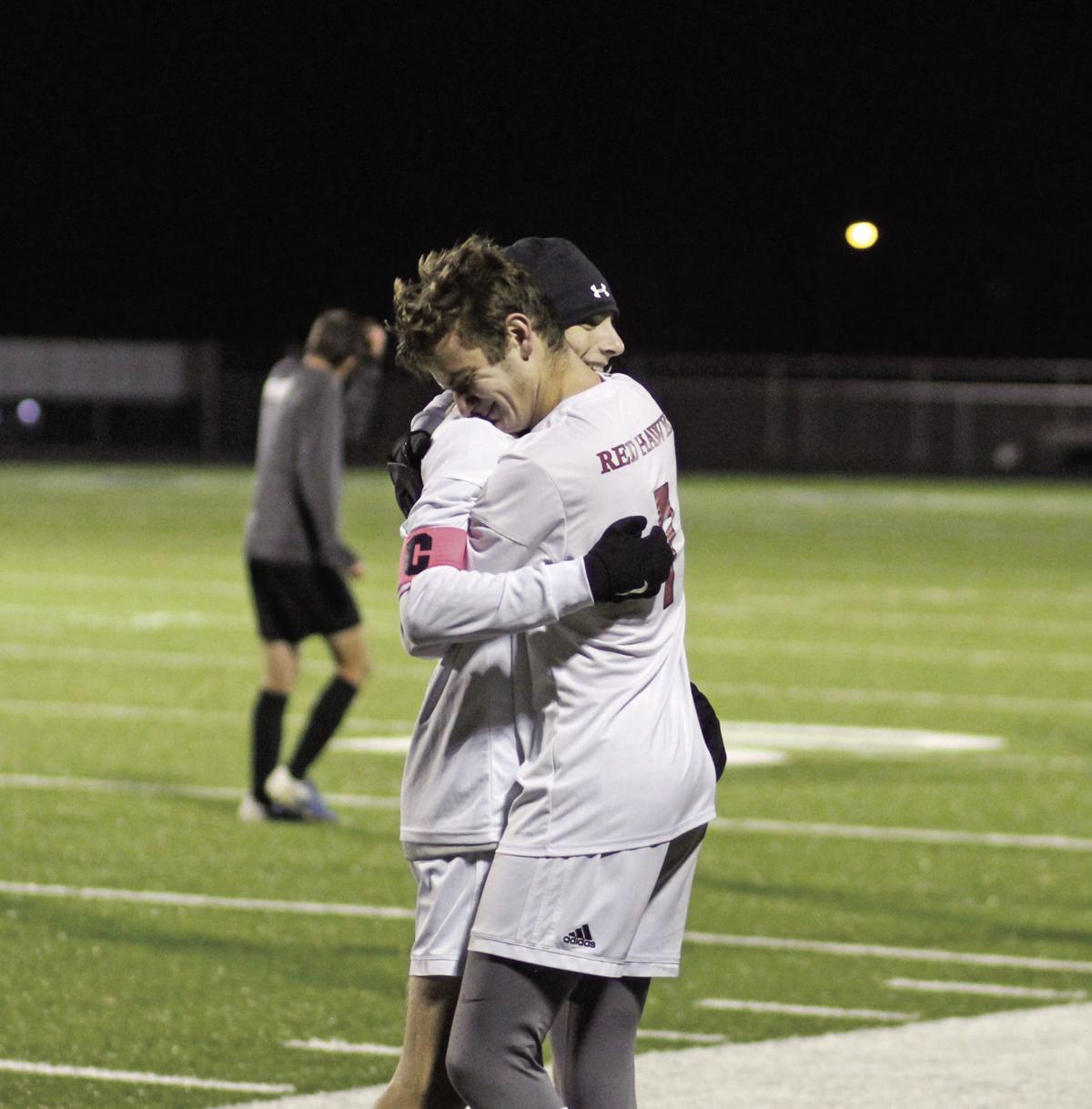 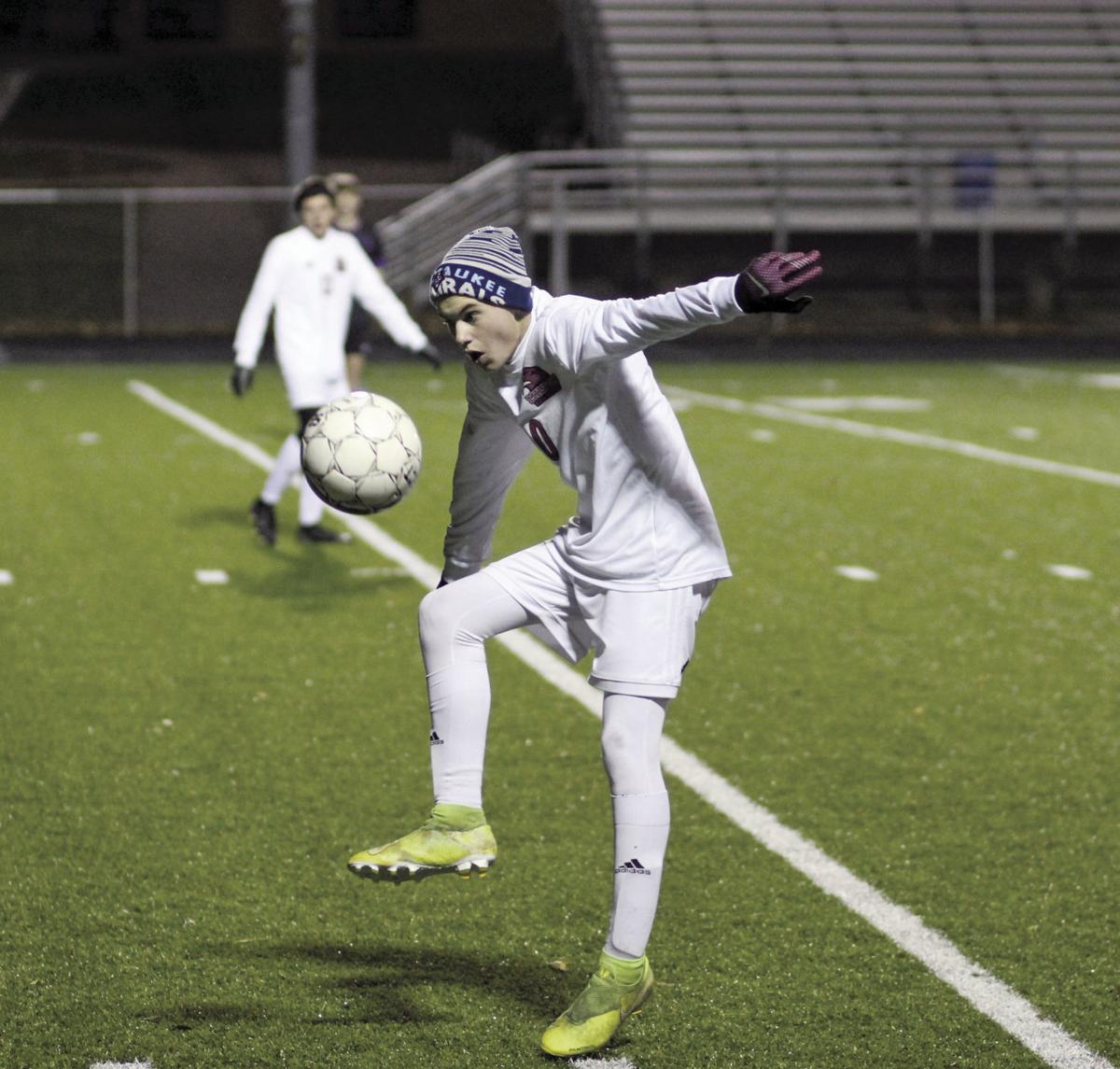 It wasn’t a lack of effort, but Milton head coach Ryan Wagner just wanted to see a bit more playoff urgency from his Red Hawks Tuesday.

“It hurts to say it, but I think we lacked intensity for it being a playoff game,” Wagner said.

The Red Hawks got on the board first with a goal in the sixth minute from senior Luke Grote. Grote attempted to cross the ball from outside the box, but the wind helped drift it toward the goal where it found the back of the net.

“After that they were pretty pumped up,” Wagner said. “I thought that would definitely be the catalyst to getting us going.”

Senior keeper Maverick Attwood kept the 1-0 advantage at bay for Milton with a diving save off a Stougthon free kick in the 12th minute.

Attwood collected another save in the 26th minute, but the Vikings broke through in the 35th minute with a goal.

Senior Derek Karlen weaved through the Red Hawk defense with ball in foot and was able to roll a shot past Attwood on the ground.

It was a similar score in the 56th minute that broke the tie.

Junior Milot Misini dribbled past the Milton defense where he got a clean shot off against Attwood, which rolled to the left side of the goal and in.

“I wouldn’t say lazy defending, but at some point someone has to get in there and win the ball,” Wagner said. “Both times we sort of just let them dribble through.”

The Red Hawks had their chances after the Vikings’ second goal.

Milton had three free kick attempts in the second half, none more dangerous than senior Declan Riley’s in the 69th minute.

“That was a heck of a save off Declan’s there,” Wagner said. “He hit in nice and low to the far corner. It was an excellent save by the keeper. Hats off to him. I think we all thought that one was going in.”

From 18 yards out, Riley’s shot rolled past the Stoughton wall with pace on the ground, but the Stoughton keeper made a diving save to the right-side of the goal to preserve the one-goal lead.

The Red Hawks final free kick and last dangerous look came off the foot of senior Lukas Mullen in the 84th minute.

With the loss, Milton ends the season with an 8-11-1 record.

“I think it (the season) was a learning experience, we have a lot of young kids on the team,” Wagner said. “A lot of first-year varsity players. I think it was good for them to get that experience. It does hurt to go out the first round, especially for the seniors.”