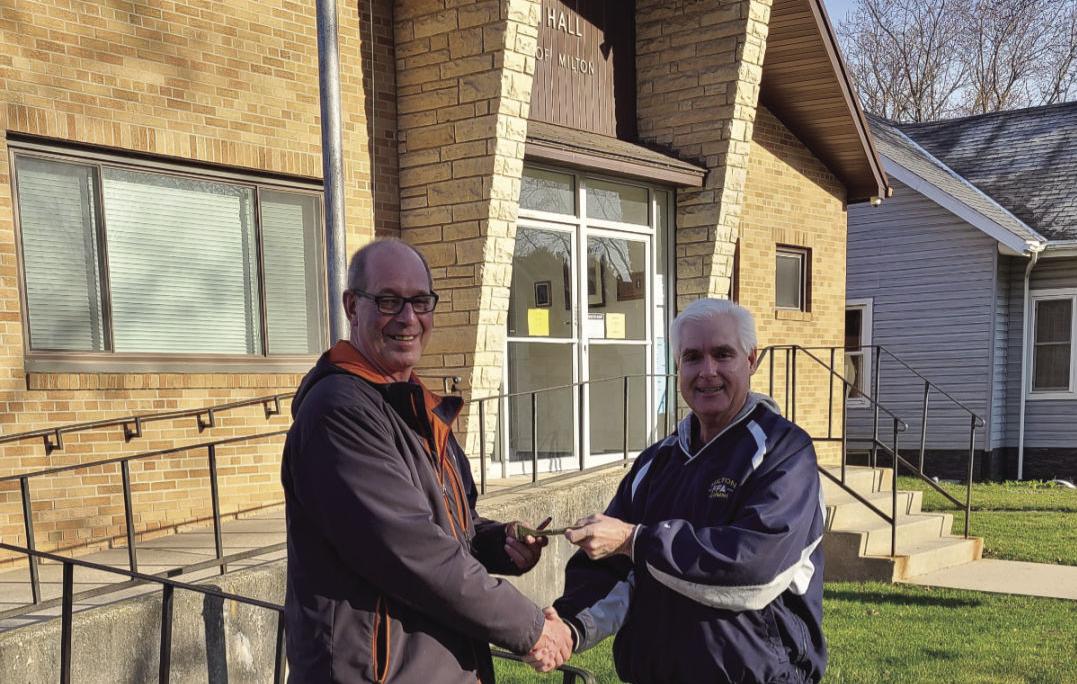 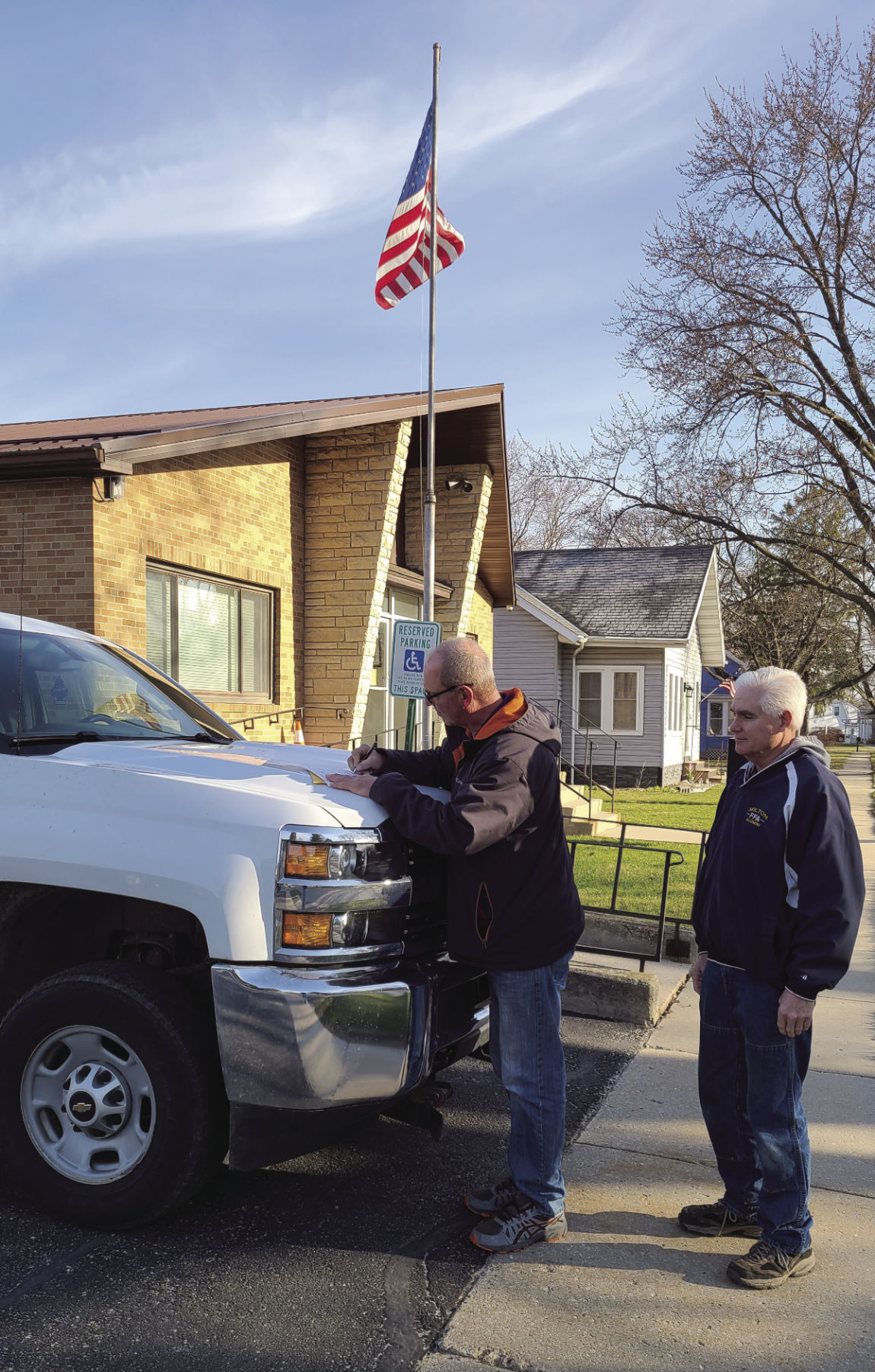 The town of Milton is purchasing 6 acres of farmland from Fredrick Farms LLP (town residents Mike and Signe Fredrick), 7011 E. High St. The town’s offer of $30,000 per acre was accepted Friday.

The land near the intersection of East High Street and Highway 59, and north of Fertilizer Dealer Supply potentially could serve as the site of a new municipal building that could house town hall, town police department and even a new town fire department.

Although the property is being purchased with idea that it could have a fire station, Town Chairman Bryan Meyer said Tuesday, “This isn’t a full commitment to building a station.”

Meyer said the land was desirable because of its location and access to County M, Highway 59, Highway 26 and nearby towns.

The sales agreement was signed Friday on the hood of a pickup truck outside the town hall at 23 1st St.

General partner of the LLP, Mike Fredrick and Meyer forged the decision with a “dollar shake” (the exchange of a handshake and one dollar), a tradition handed down by his father to cement an agreement between parties.

Mike Fredrick said in a statement shared with the Milton Courier, the town potentially building on land tilled by his father, Jerry, is in keeping with a community-minded vision handed down through three generations of farming.

Today the town of Milton and city of Milton share ownership of the Milton and Milton Township Fire Department and each is considering what is best for their own municipality. Both are considering setting up their own fire department or consolidating with Janesville. The town also is looking at other possibilities, including working with Edgerton.

“This is something dad would have been very proud of being a part of,” Mike Fredrick said of the town taking full control of its own fire protection needs. “He always wanted to do what’s best for the community in the long run – not just the short answer.”

Jerry Fredrick grew up on a farm along Pine Road west of Milton and then leased land along Highway 59 east of town owned by Leo Frank. In 1972, Jerry Fredrick bought the farm and grew it into a 300-acre crop and dairy farm.

Long hours farming each day did not preclude Jerry Fredrick from becoming one of Milton’s best-known citizens through his community service. He was a charter member of the Milton Jaycees, one of the driving forces of Milton’s FFA Alumni and helped build Hope Lutheran Church.

The community service of the elder Fredrick extended to the town of Milton when he was elected to the town board and served three terms beginning in the mid-1990s. During those years, he represented the township on the Joint Fire Commission.

“He always had a way of playing devil’s advocate,” Mike Fredrick said of his father. “He had a knack for asking the tough question or the question others did want to ask.”

“He never wanted to go with a short-term or easy fix,” he added. “I think he would have viewed the merger with Janesville as an easy fix. He always wanted to do what’s best for the long-term good of the township.”

Mike Fredrick said he views the potential decision by the township to end its relationship with the city of Milton and “impending fire department consolidation with Janesville,” as a positive path for the town to move forward with an agreement with the Edgerton fire department.

“This came out of a discussion between multiple elected people from various municipalities,” he said. “All were in need of clarity on fire and safety services. They are all seeking a say in it. I think we are a big enough community to provide our own fire service and help out townships around us.”

Mike Fredrick is a restauranteur. A supper club along Merchant’s Row bears the Fredrick name and is operated by Mike and Signe and Lori and Mike Jacobson. Mike Fredrick still plants many of the acres of the farm just east of Milton his father nourished and grew for decades. As a contingency of the sale to the town, Mike Fredrick will farm the land until it’s developed.