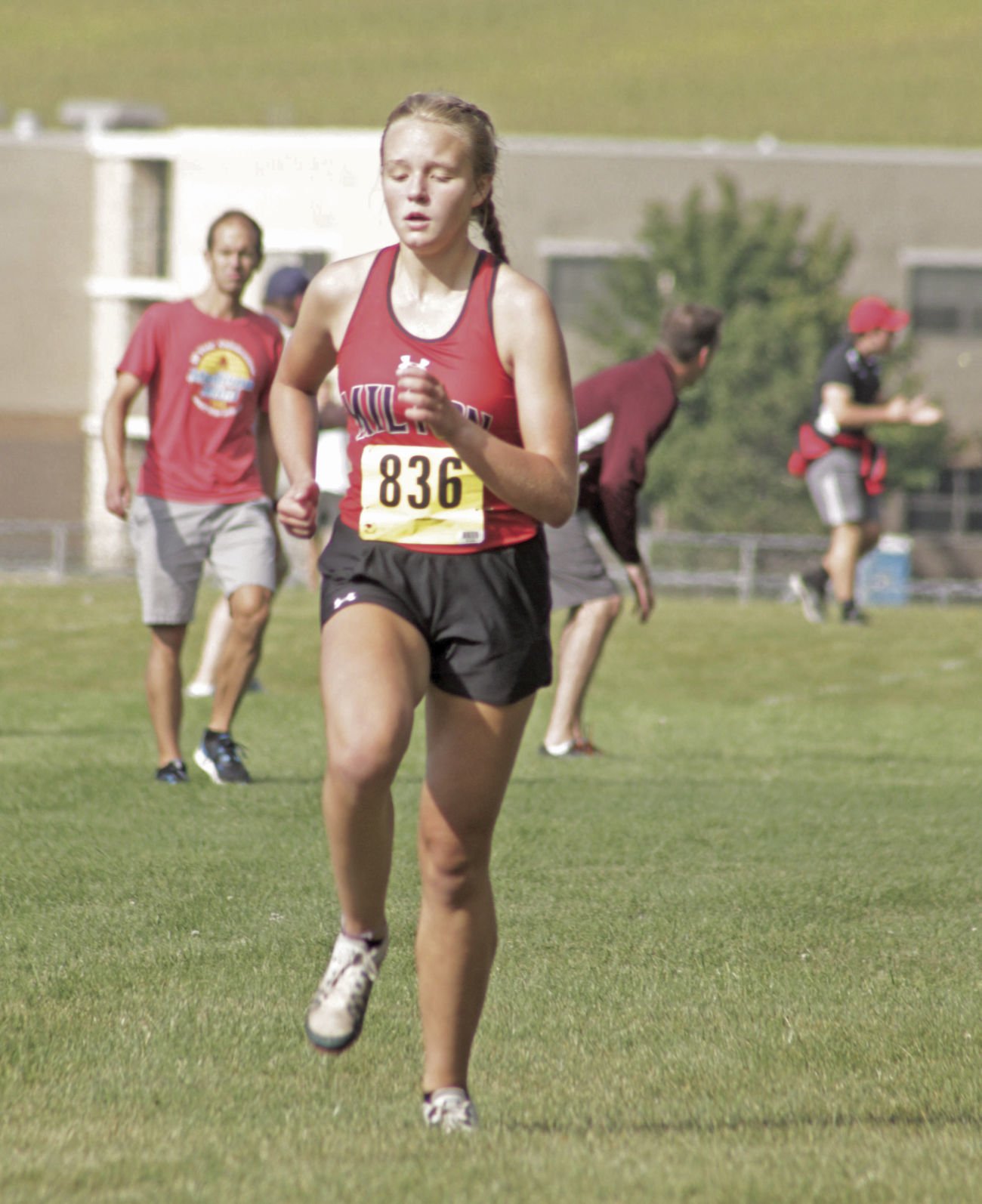 Sophomore Alayna Borgwardt finished one spot behind teammate Mara Talabac at the Lodi Invitational on Sept. 7, placing fifth with a time of 22:03.63. 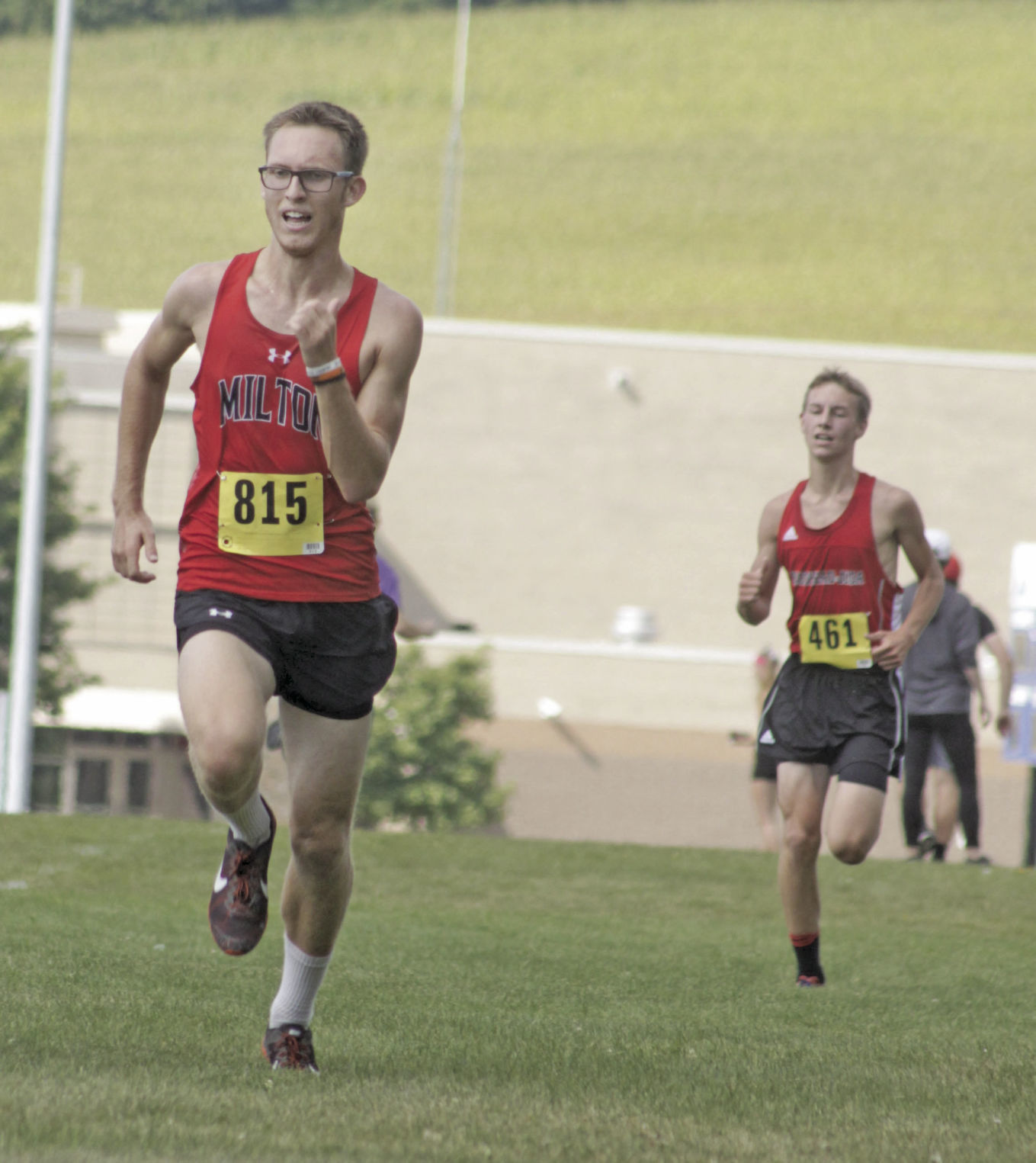 Senior Travis Smith finished seventh at the Lodi Invitational on Sept. 7, clocking in at 18:35.35.

Sophomore Alayna Borgwardt finished one spot behind teammate Mara Talabac at the Lodi Invitational on Sept. 7, placing fifth with a time of 22:03.63.

Senior Travis Smith finished seventh at the Lodi Invitational on Sept. 7, clocking in at 18:35.35.

“Saturday was a great day for the boys and girls teams,” Milton head coach Michael Roherty said. “Both teams had a strong showing against some quality opponents. Jefferson has had a lot of success in recent years, and it was a good test for our team.”

Talabac crossed the line fourth with a time of 21 minutes, 18.31 seconds. The finish was more than 40 seconds better than her first race of the season, which saw her clock in at 22:01.8.

Borgwardt, who finished fifth, saw almost a minute improvement from her first race. Borgwardt finished with a time of 22:03.63 at Lodi. In the first meet of the season, Borgward timed in at 23:03.3.

"Alayna Borgwardt had a fantastic day for the girls team,” Roherty said. “She is the epitome of what you want from a high school athlete. She works hard every day and serves as a leader for her teammates.”

Junior Samantha Henry and sophomore Samantha Benson placed ninth and 10th in the field for the Red Hawks with times of 22:14.65 and 22:16.55, respectively.

Sophomore Savannah Swopes placed 13th with a 22:42.58, more than a minute better than her first race of the season.

“Samantha Henry, Sam Benson and Savannah Swopes had strong performances as well,” Roherty said. “They ran together and placed well to get the team victory.”

Brodhead/Juda’s Madelynn McIntyre finished first overall for the girls with a 19:58.93.

“Devin had a great day,” Roherty said. “He ran a smart race and had a tremendous finish. As a senior, he is really starting to understand race strategy, and Saturday he executed perfectly.”

Senior Travis Smith was not far behind with a time of 18:35.35, good for seventh.

Senior Reider Snow joined Smith in the top 10 with a ninth overall finish in the field, clocking in at 18:37.29.

The Red Hawks will have some time to rest before Milton races in the Badger Challenge, Tuesday, Sept. 17, at Watertown High School at 5:45 p.m.