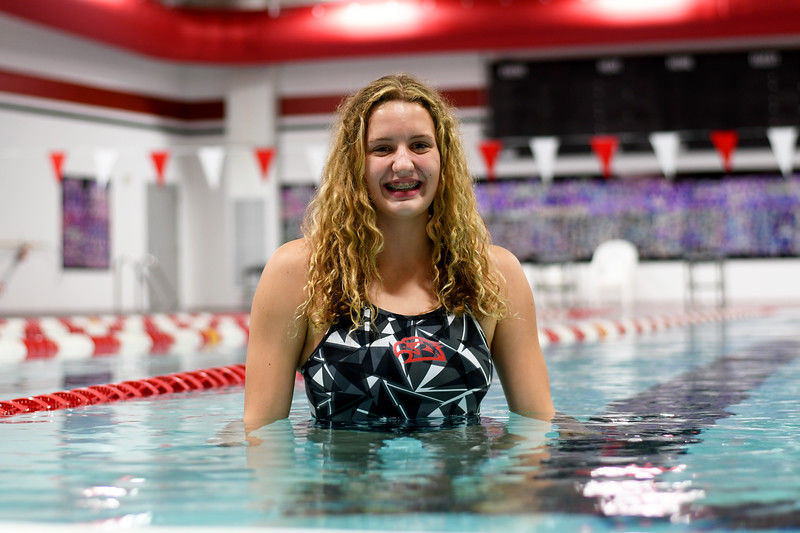 Freshman Bailey Ratzburg holds a 26-0 record in individual races this season. She will put her perfect record on the line at the Badger South Conference Meet Nov. 2 in Stoughton. 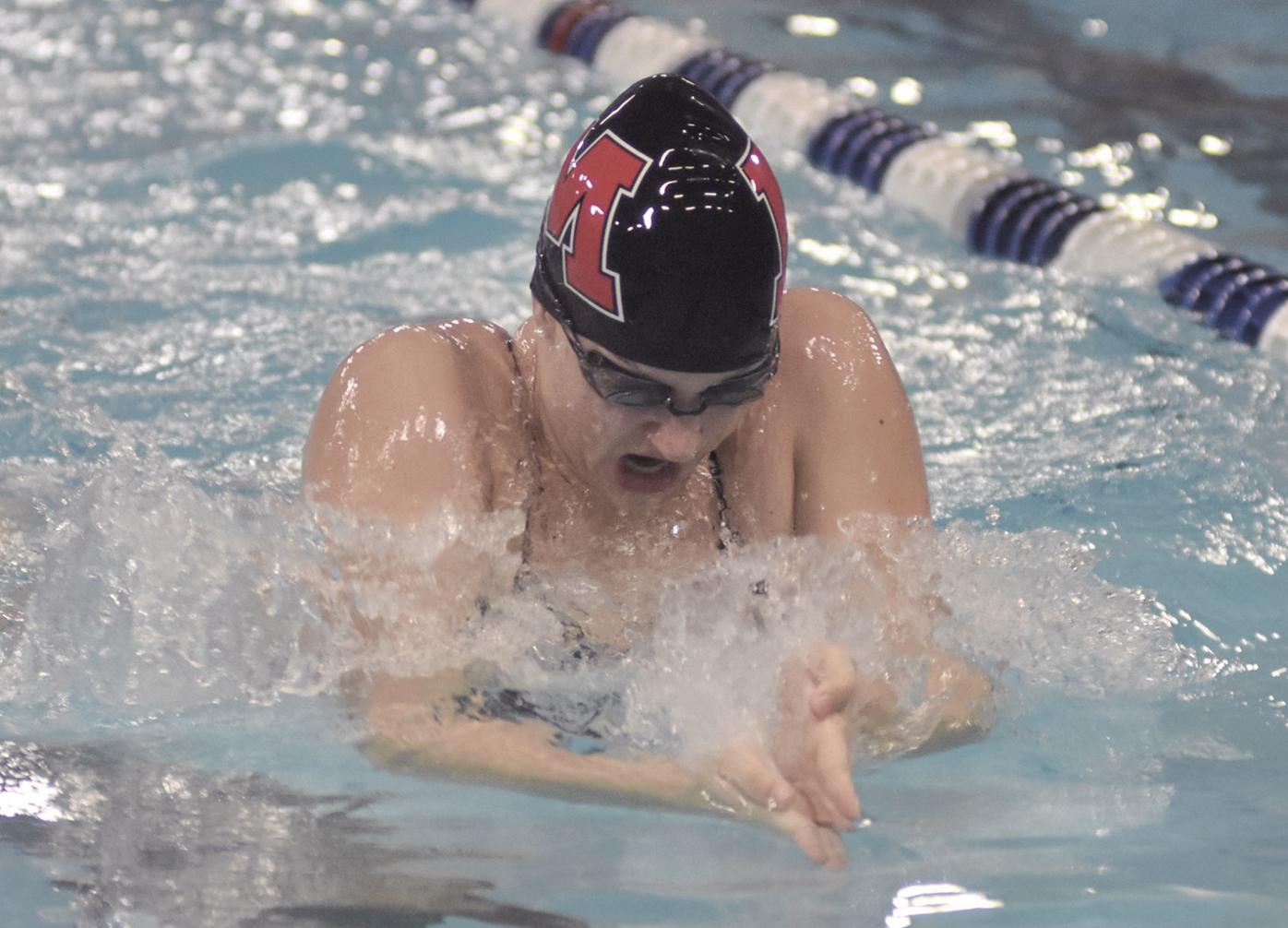 Freshman Bailey Ratzburg holds a 26-0 record in individual races this season. She will put her perfect record on the line at the Badger South Conference Meet Nov. 2 in Stoughton.

Perfect and freshman are words seldom used together in sports. But Bailey Ratzburg is making it work.

The first-year Milton High School swimmer has raced in 26 individual races this season. Her record in those races, 26-0.

Growing up near a river, Ratzburg made sure she knew how to swim early. She joined the Milton Marlins when she was 6-years old and started competitive swimming at 7-years old.

“I remember looking up at the clock and thinking, oh my gosh,” Milton head coach Lindsey Hassenfelt said. “I looked immediately at the record board to see what the records were. The first thing I thought in my head was she was going to break those varsity records.”

The 200-yard individual medley record at Milton is held by Bridgette Alexander, now a member of the US National Swimming Team. Alexander's school record of 2:04.54 was a state championship time, and Ratzburg was less than five seconds away from the mark in her first race.

"For her to be only four seconds away from the IM record, and that's state champion time, is impressive," Hassenfelt said.

Ratzburg was also less than five seconds away from Jennah Haney's 100-yard breaststroke school record of 1:03.74.

And Ratzburg has continued to impress during her freshman campaign since the first meet.

Along with her perfect 26-0 mark, Ratzburg already has taken down two 2018 Division 2 state champions so far this season.

Ratzburg defeated Whitewater’s Ella Houwers twice at the Elkhorn Invitational in September and bested Monroe/New Glarus’ Mekenzie Hammer in the same week in a dual.

So what’s been Ratzburg’s secret recipe for her freshman season success?

“I train a lot, six days a week I drive up to Madison,” Ratzburg said. “It’s an hour there and an hour back. I feel like I put in a lot of work and a lot of time.”

Along with her work ethic, Ratzburg seems to be ahead of her high school counterparts when it comes to the mental part of the game.

“When things get tough for me, I go back to the basics of swimming, just having fun,” Ratzburg said. “I think about when I first started, which helps me mentally.”

And finally a touch of humble doesn’t hurt.

“She takes critique very well. She’s very humble,” Hassenfelt said. “Even though she has an undefeated season, you would never know.”

Not even senior and University of Minnesota swim commit Danielle Cramer holds an unblemished individual record this season.

Part of Ratzburg’s success this season can be traced back to trying chase down the future Golden Gopher in practice.

“At practice she (Cramer) really pushes to her limit, which pushes me to my limit,” Ratzburg said. “That made me want to step up. It’s a friendly competition.”

Just like how Cramer advanced to the state meet as a freshman, a trip the UW Natatorium almost seems like a formality for Ratzburg this year.

“I would really like to podium in the 200 IM,” Ratzburg said. “I would love the relay (200-yard medley and 400-yard freestyle) to go to. Just that team aspect, going there my freshman season with the relay and having my team behind me would be a good goal for me.”

But before Ratzburg can think about the state meet, she’ll have to put her perfect record on the line at the Badger South Conference Meet Saturday in Stoughton.

“It (perfect record) really does push me sometimes, I want to keep the streak going,” Ratzburg said. “I think it motivates me. I’m a freshman, I want to see how much I can do my freshman year.”