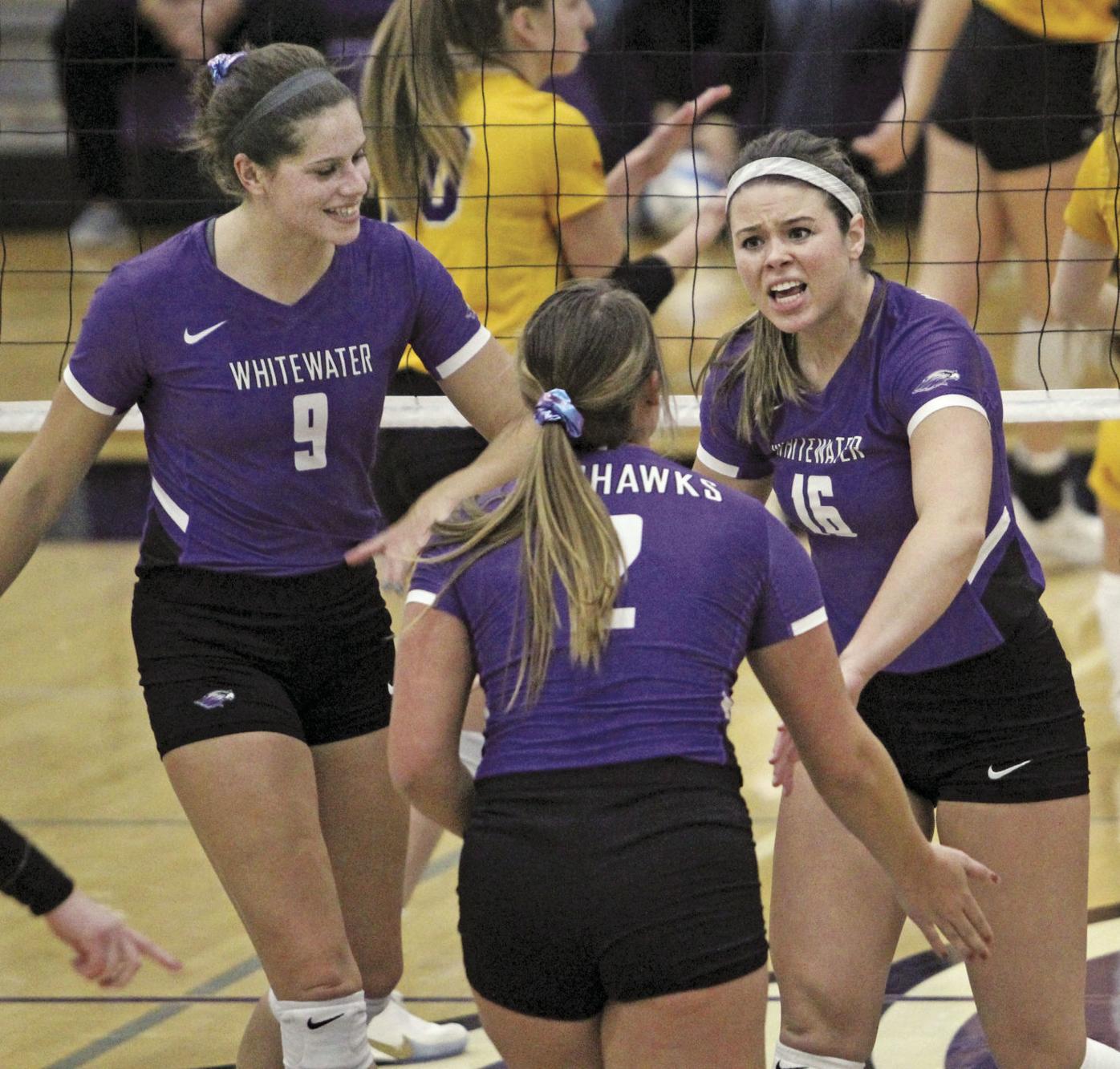 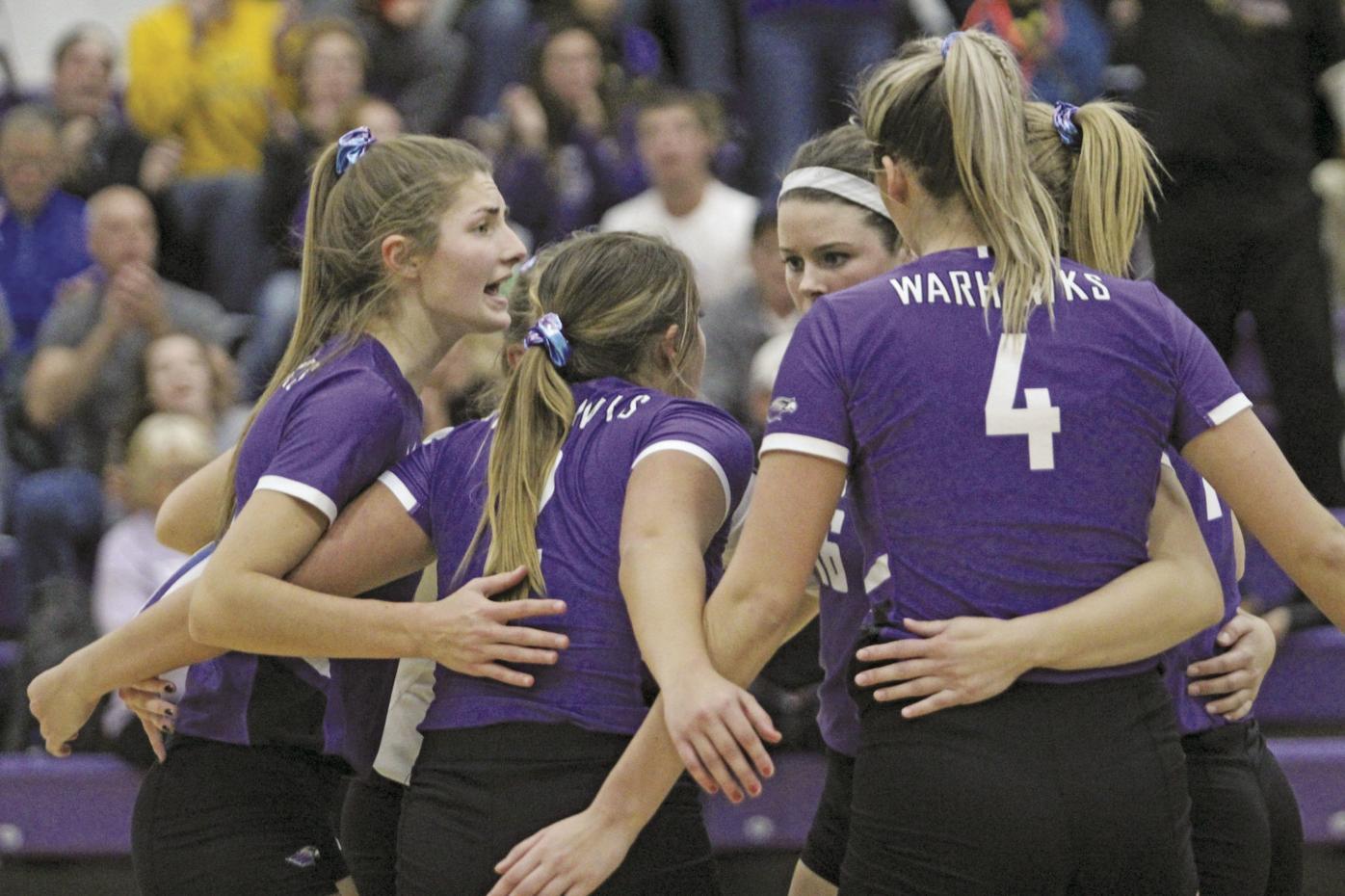 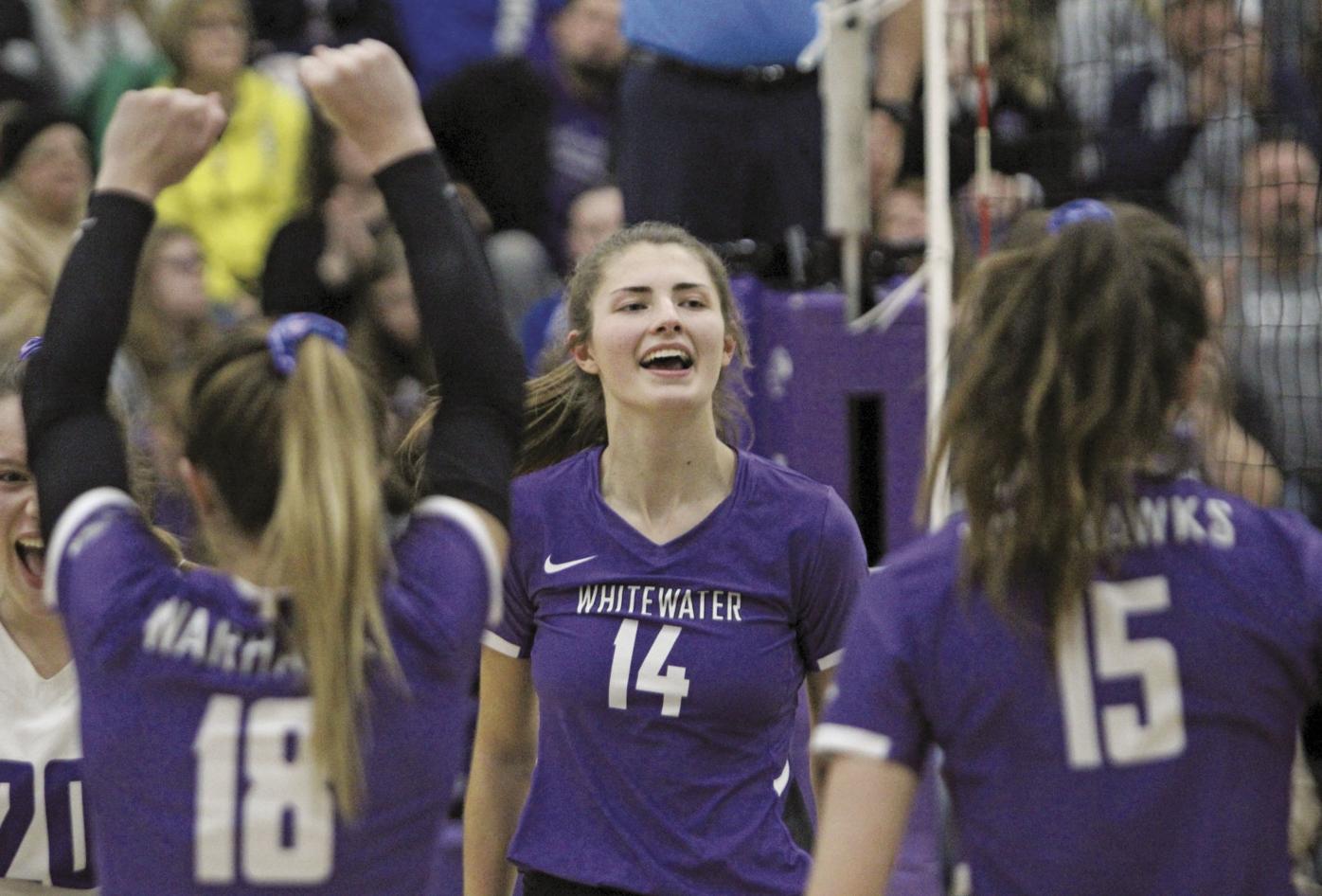 Freshman Chloe Buescher (14) collected 11 kills and 17 digs in UW-Whitewater’s five-set defeat to the UW-Stevens Point in the WIAC Tournament Final Nov. 9 in Whitewater.

Freshman Chloe Buescher (14) collected 11 kills and 17 digs in UW-Whitewater’s five-set defeat to the UW-Stevens Point in the WIAC Tournament Final Nov. 9 in Whitewater.

When the University of Wisconsin-Stevens Point switched sides at the halfway mark in the fifth set, the Pointers took the momentum with them.

UW-Stevens Point led 8-4, but the Warhawks rattled off four straight points to tie. But just like how the Warhawks had an answer, the Pointers had answer of their own.

“Usually in the fifth set it’s whoever gets that lead first,” UW-Whitewater head coach Stacy Boudreau said. “It’s tough to come from behind. We did, we battled back, but it was a long road and they’re a really good team.”

The Warhawks (22-9, 6-1) claimed the first set thanks in part to a 6-0 start. Sophomore Morgan Wardall was at the service line during the run and collected two aces.

“I thought we had a lot of energy,” said freshman and former Milton Red Hawk Chloe Buescher. “Morgan started us off really well serving.”

But Stevens Point (27-8, 5-2) responded with a second-set victory, never trailing.

The Pointers brought their second-set momentum into the third set, earning a 6-3 lead early on, but a 12-2 run gave the Warhawks a 15-8 advantage. Down 24-13, Stevens Point scored seven straight points to cut the deficit to 24-20, but a kill from sophomore Erin McNeil sealed the set.

A fourth-set Pointer victory sent the match to a decisive fifth set. After the Warhawks scored four straight points in the fifth to knot the game at 8-8, the Pointers went on their own 4-0 spurt to regain control.

The Pointers finished the set with a 3-2 run.

“We had a good run to tie it at 8-8,” senior and former Milton Red Hawk Rachel Butterfield said. “I felt like we were coming back with our energy and our execution. But I thought overall in the fifth set, they got on top, they executed a lot better than us.”

Buescher, who was named WIAC Newcomer of the Year, added 17 digs to go along with 11 kills.

With the win, UW-Stevens Point earns an automatic bid into the NCAA Division III Tournament. The Warhawks grabbed an at-large bid on Monday. Whitewater will play Otterbein (Ohio) in first-round action of the NCAA Tournament on Friday, Nov. 15, in Chicago at 5:30 p.m.