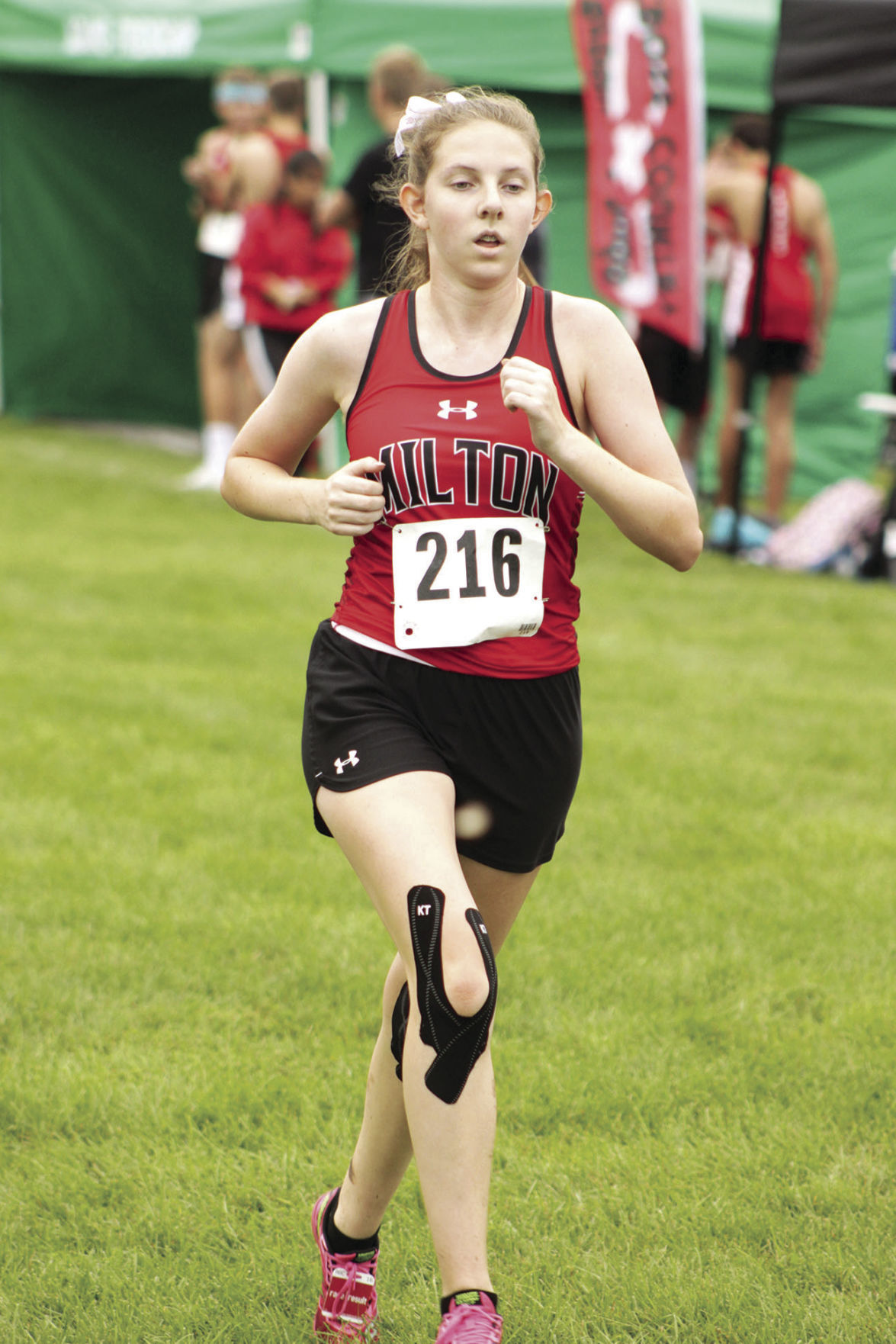 Sam Henry runs during the Lodi Invite on Sept. 1. Henry finished sixth overall with a time of 22:07.8. 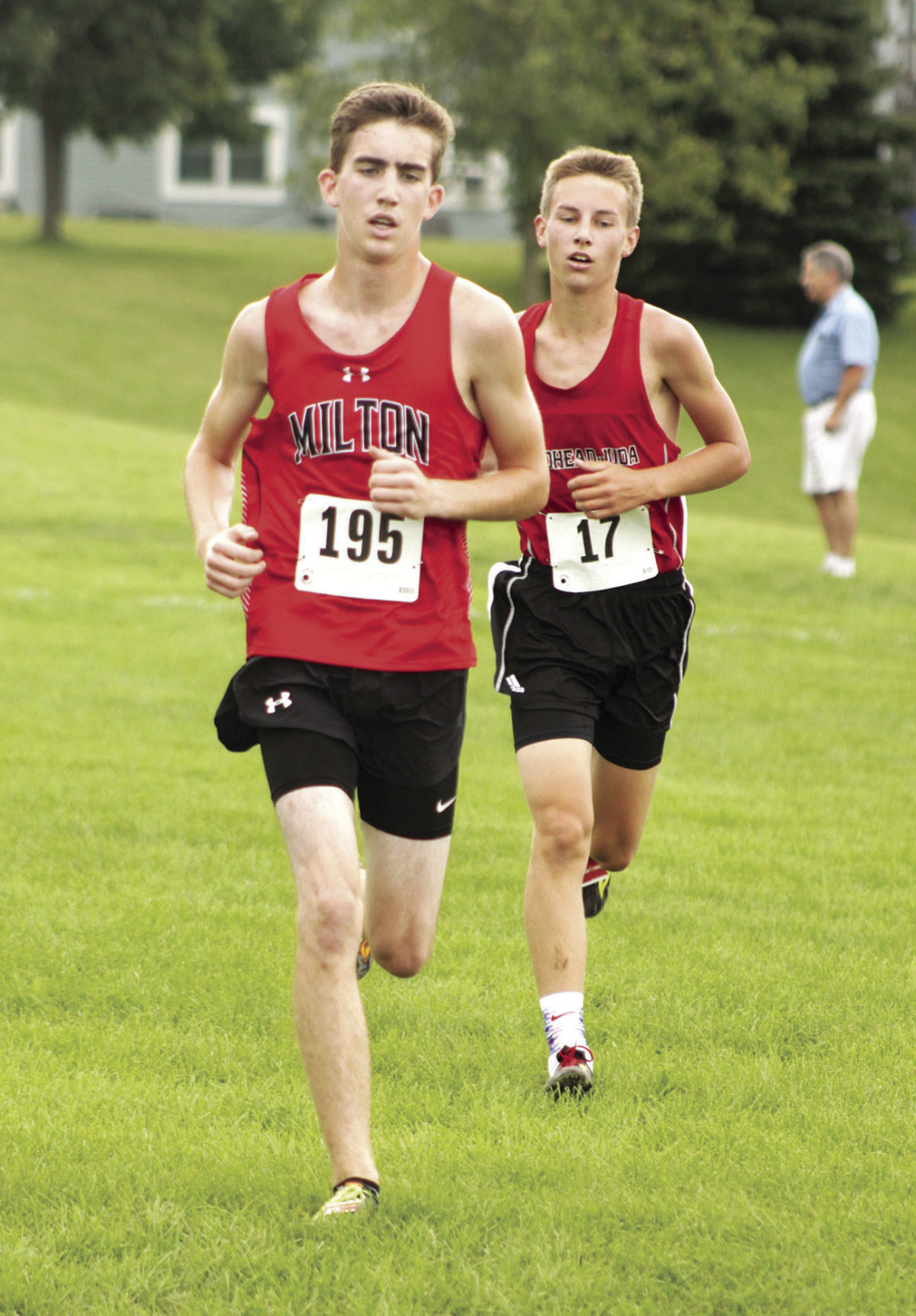 Devin Woodcock runs during the Lodi Invite on Sept. 1. Woodcock was the top Red Hawk finisher and sixth overall with a time of 18:45.4.

Sam Henry runs during the Lodi Invite on Sept. 1. Henry finished sixth overall with a time of 22:07.8.

Devin Woodcock runs during the Lodi Invite on Sept. 1. Woodcock was the top Red Hawk finisher and sixth overall with a time of 18:45.4.

In their second action of the year, both cross country teams for Milton posted strong results at the Lodi Invitational, with the girls finishing runner-up with 55 points to Jefferson’s 33. The boys improved their results from last week with a third place finish with 99 points. Jefferson topped the boys with 47 points, while Waterloo finished with 87.

“Both teams had a really good outing at Lodi,” head coach Syl Groeschl said. “ Jefferson has a really outstanding girls team this year so running against them was a good challenge for our girls. We had a good dual with Jefferson, but their first two girls went one and three so it was a little to much for us to make up.”

“Our five girls placed in the top 20 which gave them the second place trophy,” Groeschl said. “Samantha Henry had to race hard the last 100 meters to beat Jefferson’s third runner and she got her at the wire. Sam is having an outstanding second year so far. It’s exciting to see how all the girls are finding their niche on this team.”

“The boys represented themselves really well at the Lodi meet,” Groeschl said. “They all ran much better. They had a chance to dual Waterloo for second place but they ran a little bit better than we did. Devin Woodcock and Matt Messer place in the top 20 to take home some hardware.”

Groeschl also praised his JV teams, with the boys taking first and the girls third.

“Our JV team impressed us all with Miles Stucke placing first place, Reider Snow taking second, Riley Jauch in fourth, Kang Pan in fifth, Kaleb Martin in seventth, Luke Bilhorn in eighth and Ethan Bouska in twelfth,” Groeschl said. “Ten of our boys were in the top 15. Our boys are now figuring out their spot on this team. I enjoy this sport because in most cases they determine who will be the seven to run varsity the next race. There is always someone chasing you to take your spot.”

“Our JV girls team had a really good day also. Bailey Brookhiser (3rd), Presley Belk (4th) and Lexi Slagle (6th) all received medals for their effort. Abbie Bilz, Shay Anderson and Elizabeth Patrick finished out our team that took 3rd overall. The girls team may be small but their effort is 2nd to none.”

The Red Hawks’ next meet will be on Sept. 8 in Spring Green, a varsity-only meet.