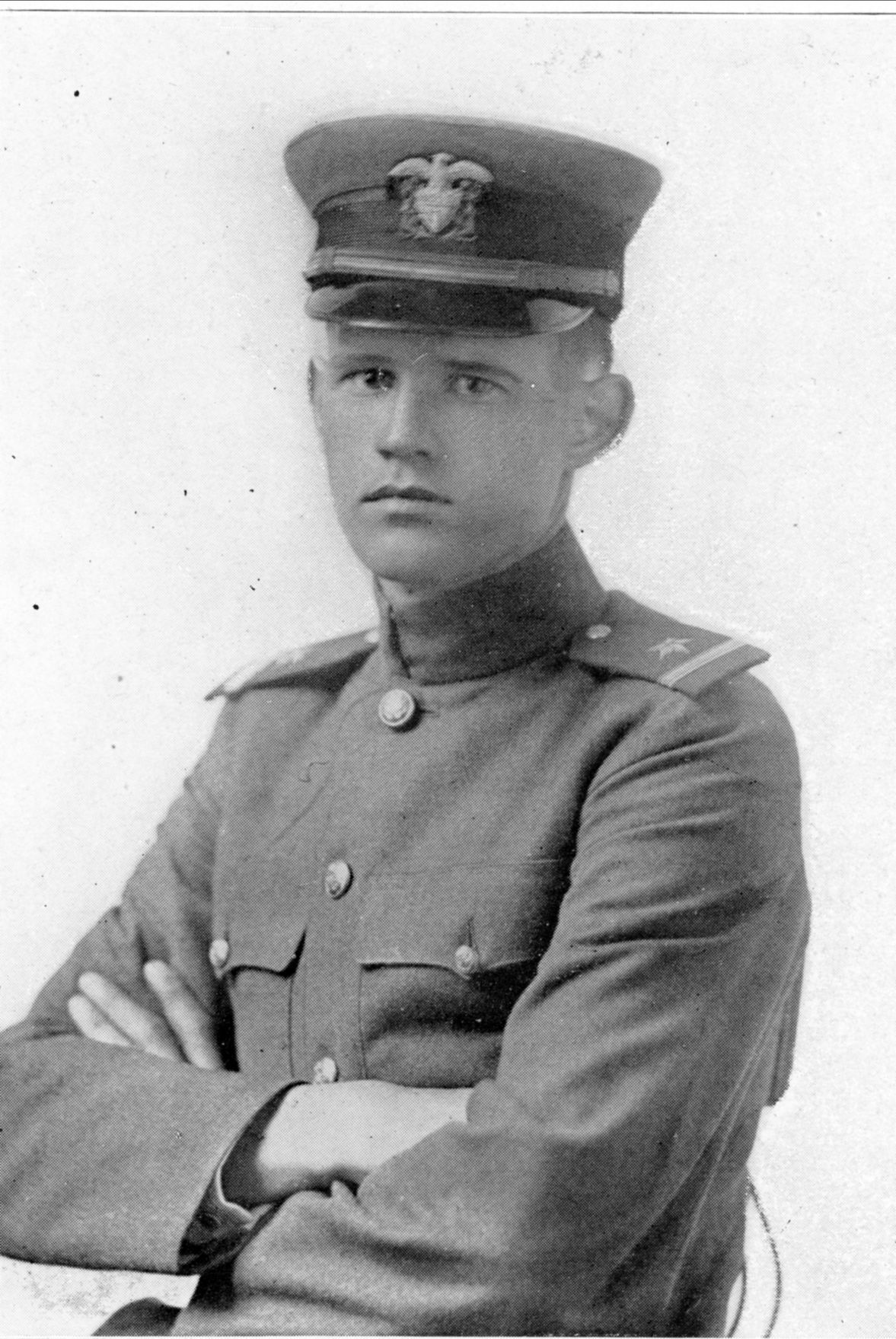 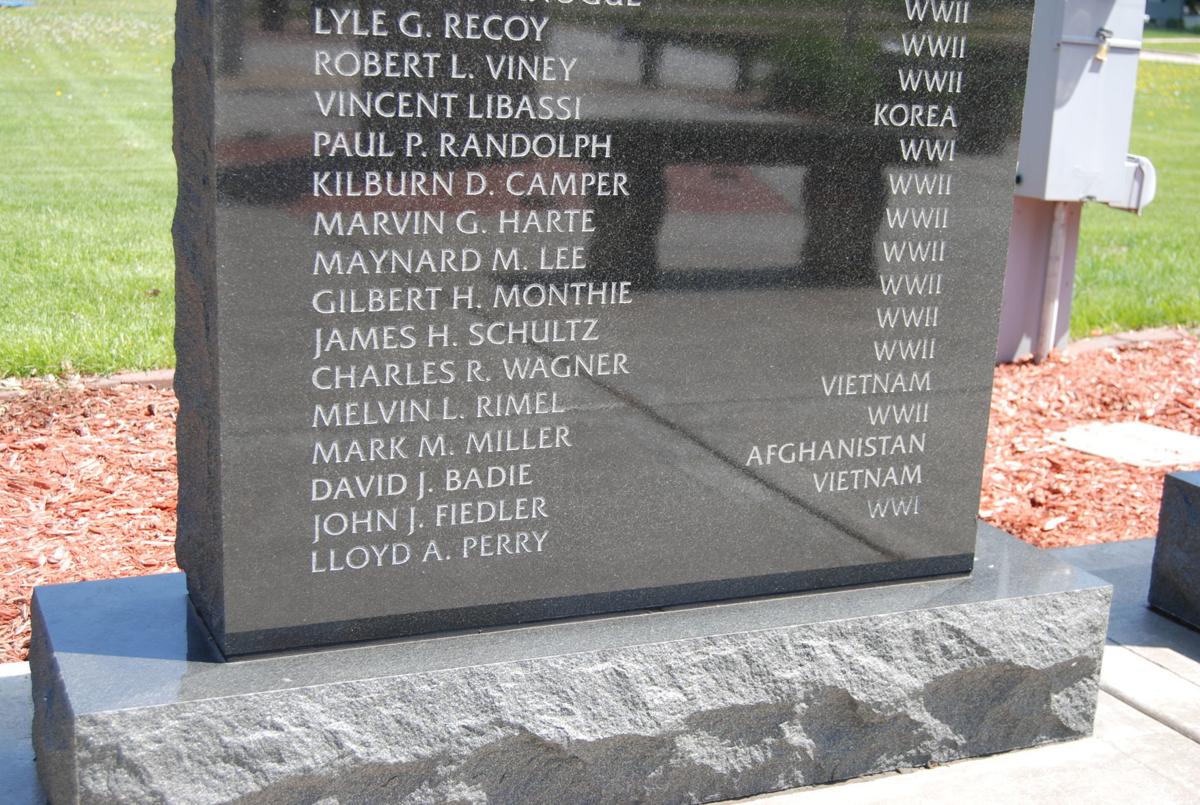 One of five World War I soldiers whose names appear on the granite memorial in Veterans Park, Lloyd Arthur Perry’s name was added after Rod Hilton, tasked in 2014 with researching archived obituaries looking for Civil War soldiers from Milton for inclusion on the monuments, shared the soldier’s name with retired history teacher and local historian Wes Sisson. After researching the soldier, Sisson verified his Milton connections.

One of five World War I soldiers whose names appear on the granite memorial in Veterans Park, Lloyd Arthur Perry’s name was added after Rod Hilton, tasked in 2014 with researching archived obituaries looking for Civil War soldiers from Milton for inclusion on the monuments, shared the soldier’s name with retired history teacher and local historian Wes Sisson. After researching the soldier, Sisson verified his Milton connections.

The names of five World War I soldiers are engraved on the granite memorial panels found in Milton’s Veterans Park. They are: Carroll B. West, Bernard J. Mullen, Paul D. Kelly, Paul P. Randolph and Lloyd A Perry.

Perry’s name was located by Rod Hilton, who, in 2014, was asked to look through obituaries found in archived editions of the Milton Courier and identify names of Milton Civil War soldiers. The names were engraved on pavers used for monument fundraising and on the memorial panels, retired history teacher and local historian Wes Sisson said.

Perry also was a student at Carroll College, where he was a member of the Gamma Phi Delta (GPD) Fraternity.

“Milton College in the World War,” a booklet published by Milton College in 1920, notes that Perry enlisted on April 11, 1917, five days after America’s entry. He enlisted into the Naval Aviation Service as a “landsman’s mechanic for Quartermaster.”

The Wright Brothers invented the airplane in 1903, and the US Navy became interested in seaplanes, a biplane that could take off from and land in water, in 1911. In 1917, as America entered the war, the American Navy seaplane made its military debut.

After his enlistment, Perry received training at the US Naval Air Station at Pensacola, Fla., the only naval air station in operation when America entered World War I. He became an ensign, a junior rank of a commissioned naval officer, on Jan. 22, 1918.

Granted a short furlough in February, Perry went home to Oconomowoc, where, the Chicago Tribune reported, he married his sweetheart, Goldie Morris, also of Oconomowoc, in a double wedding on Feb. 11, 1918.

A US Navy Reserve pilot with the Naval Flying Corps, Perry returned to duty and was sent oversees, to France, on Feb. 28, 1918.

Perry was killed in a seaplane accident in French waters while participating in a training exercise in Moutchic-Lacanau on April 11, 1918, one year after he enlisted. He was 22.

“He was training near Bordeaux in the southwest of France. That was a major port where most of our men and equipment arrived in France,” Sisson said.

Research shared by Sisson from the American online cemetery database “Find A Grave” stated: “It was reported that he (Perry) was the first US seaplane pilot killed in WWI.”

“We (America) didn’t get involved in the war until 1917, and it would take us at least six or seven months to create an army, so American troops don’t really go into battle until the summer of 1918,” Sisson said.

Perry was killed in April and likely never saw combat, he added.

His is the first among nine names of American soldiers included on a monument all of whom died in 1918. A plaque on the monument reads: “Dedicated by the officers and men of U.S. Naval Air Station Moutchic-Lacanau to the memory of those of their number who here gave up their lives for their country for humanity.”

Perry’s awards include the World War I Victory Medal.

By the war’s end, GPD, Perry’s fraternity, had 41 blue stars representing brothers who had served and one gold star serving as a memorial to Perry sewn onto its service flag.

Veterans Park pavilion ‘reveal’ to be held May 25

With the Veterans Park pavilion, 440 Hilltop Drive, nearly completed, a drive-by “reveal” is scheduled for Memorial Day, May 25.