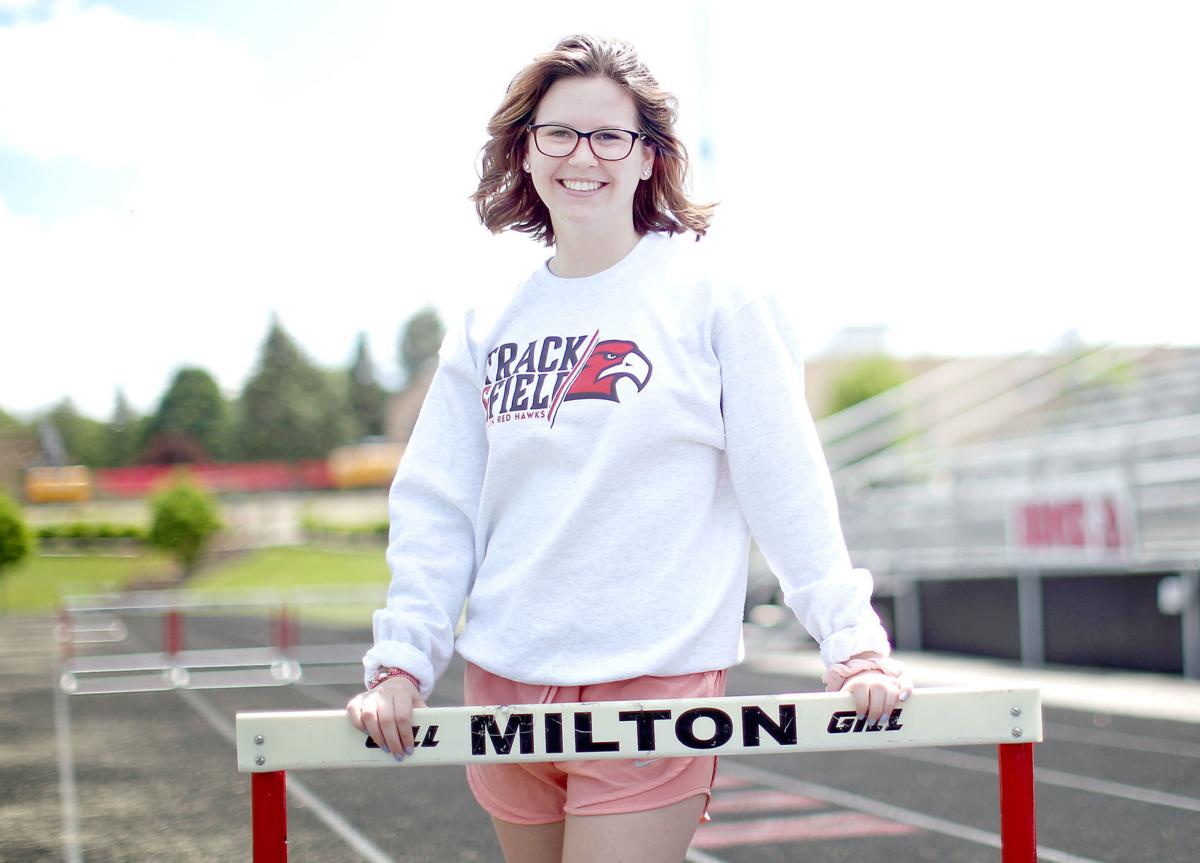 Milton senior Chrissy Hughes should be getting ready for a final run in the hurdles at the WIAA state meet that was scheduled for Friday and Saturday in La Crosse. The coronavirus pandemic denied her that opportunity. 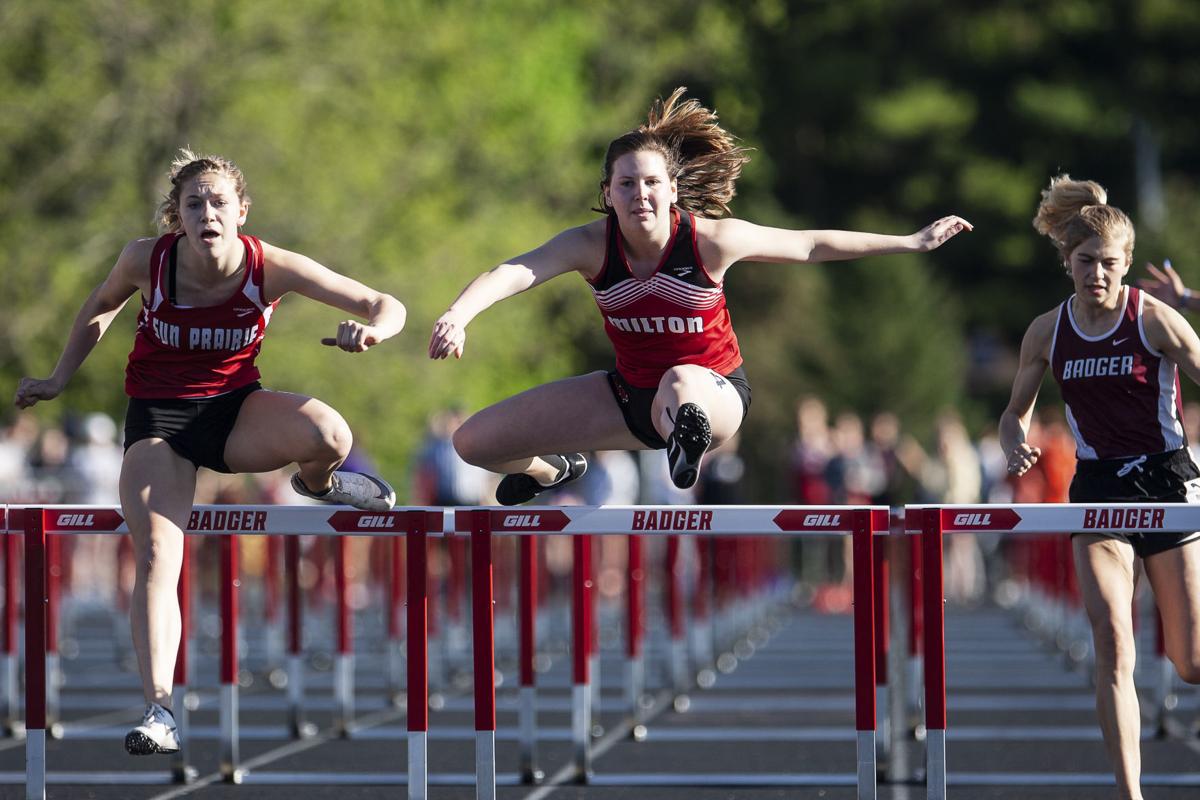 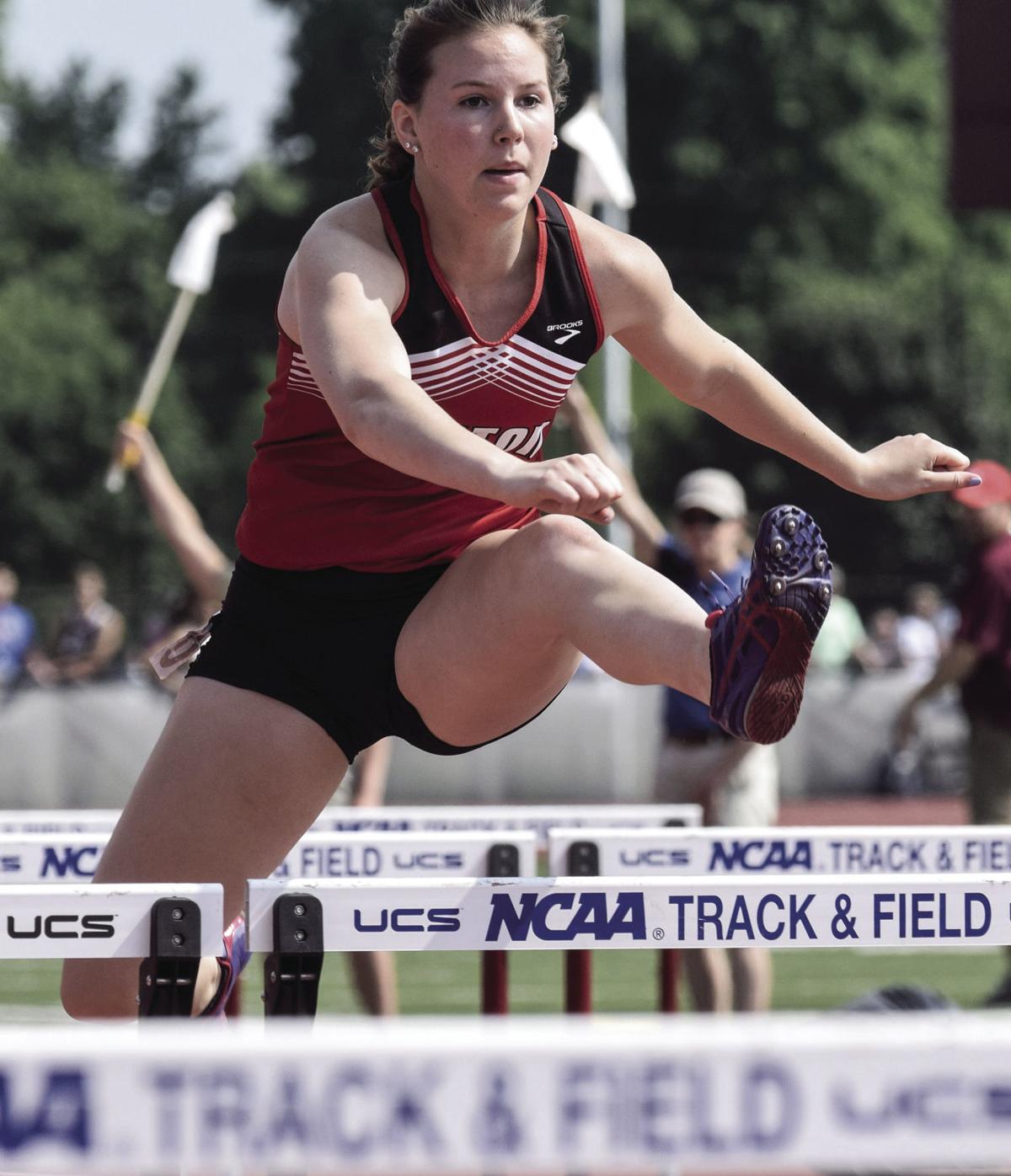 Milton sophomore Chrissy Hughes clears a hurdle during the Division 1 girls 100 meter high jump on Day 1 of the WIAA State Track and Field Meet at UW-La Crosse on Friday.

Milton senior Chrissy Hughes should be getting ready for a final run in the hurdles at the WIAA state meet that was scheduled for Friday and Saturday in La Crosse. The coronavirus pandemic denied her that opportunity.

Milton sophomore Chrissy Hughes clears a hurdle during the Division 1 girls 100 meter high jump on Day 1 of the WIAA State Track and Field Meet at UW-La Crosse on Friday.

Chrissy Hughes made it to state her senior year.

But not in the sport she expected.

Hughes came into her senior season at Milton High School as a two-time state qualifier in track and field.

She was working and planning for a third trip to Veterans Stadium in La Crosse next weekend.

Those plans ceased when the track and field season was canceled before it began due to the coronavirus pandemic.

Fortunately, Hughes did get to experience state competition when the Milton/Edgerton co-op gymnastics team made a surprise run to the WIAA state team championships.

Still, missing her senior season on the track has been difficult for Hughes.

“I was always looking forward to it and hoping it would happen,” Hughes said. “When they actually announced we weren’t going back to school it was hard.

“It comes gradually, realizing it. Our coach texted us. It was the day of regionals. (The text read), ‘I wish I could be cheering you guys.’ It’s a bummer.”

Hughes made her Division 1 state track meet debut as a sophomore in the 100-meter hurdles. She placed ninth, three spots away from a podium finish.

One of Hughes’ goals this season was to set the school record in the 100 hurdles. Last year the record was 14.9 seconds, but it was more accurately updated this year to a time of15.2.

That time was within the grasp of Hughes.

“The biggest bummer for me is I wasn’t able to meet that goal (school record) that I wanted since I was in middle school. Knowing I could have accomplished it this year is really a bummer.”

Last year as a junior, Hughes was unable to make it out of the preliminary round in the 100 hurdles at the state meet as she battled a bone spur injury.

Still dealing with the injury, Hughes was not at 100% to start the gymnastics season this winter.

Hughes was held out of competing on the vault—her main event in gymnastics—to start the season.

But she progressively got healthier throughout the year.

“Eventually she was one of our top vault performers on varsity,” Milton gymnastics head coach Kristine Farnsworth said. “For her to be able to get through those (health) hurdles and be there for the team to get back to team state was critical.”

Hughes scored points for the Red Hawks at the WIAA Division 1 state team gymnastics meet in March with an 8.317 on the vault. Milton finished sixth in the state team standings.

“If I would have known track was canceled, I would have been even more grateful to have that season,” Hughes said.

“Track state and gymnastics state are obviously so different. Just being in the atmosphere with so many good athletes and being able to watch them and compete with them was a good way to end things. It does help me cope with it.”

While Hughes won’t get to show off her hurdle skills this spring, she may have done enough of it this winter.

“You can tell she’s a sprinter, she’s a runner,” Farnsworth said. “She’s very aggressive down the runway.

“Her track background works well for her vault.”

Although Hughes has the ability to extend her track career, she does not plan to compete in college.

She is content with the memories gained at qualifying for a state event in two different sports in three years of high school competition.

“All around wonderful, positive kid,” Farnsworth said. “Brings a lot of spirit to a team. Her focus, drive and work ethic will serve her well as she continues on with her next phase in life.”