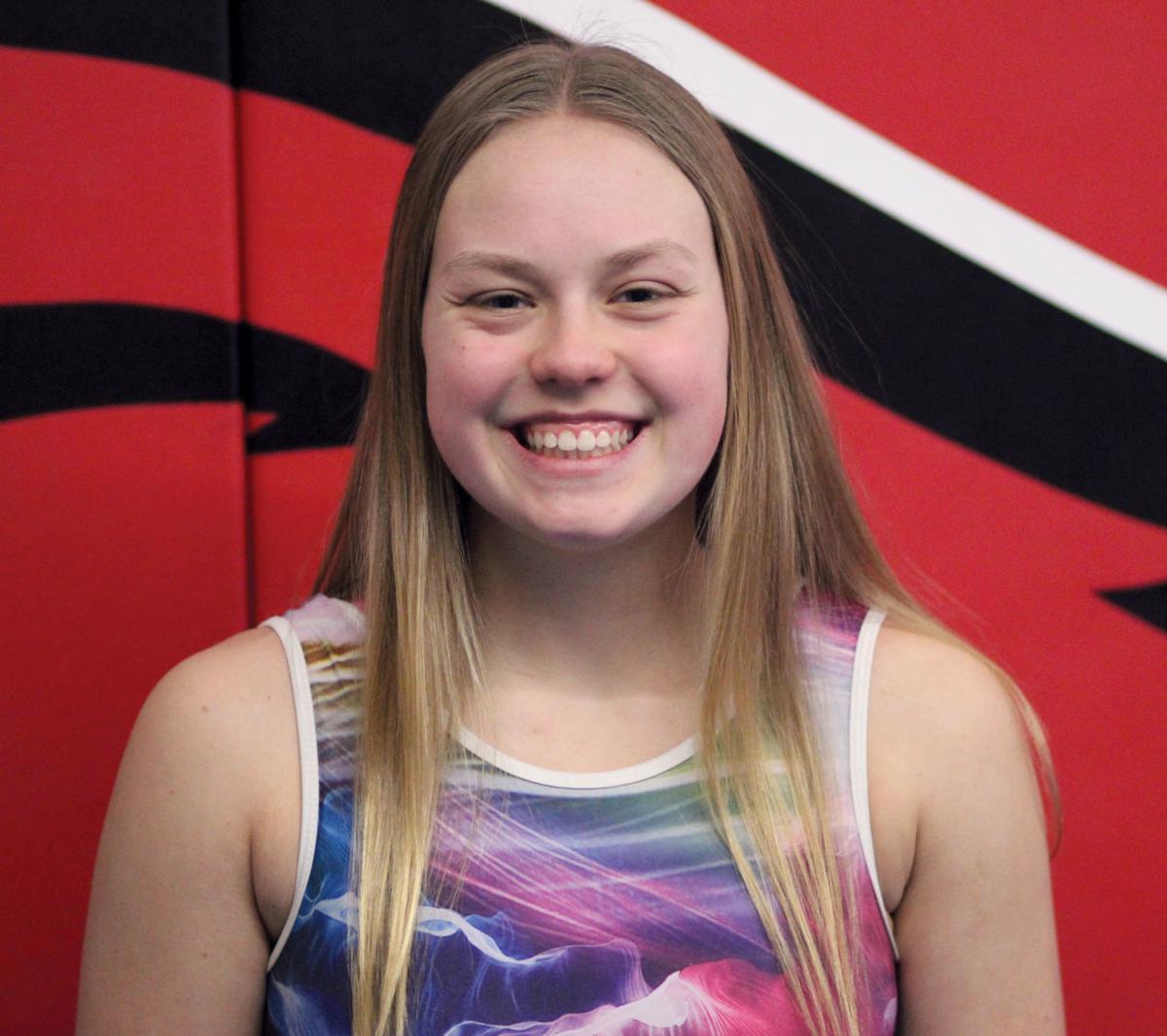 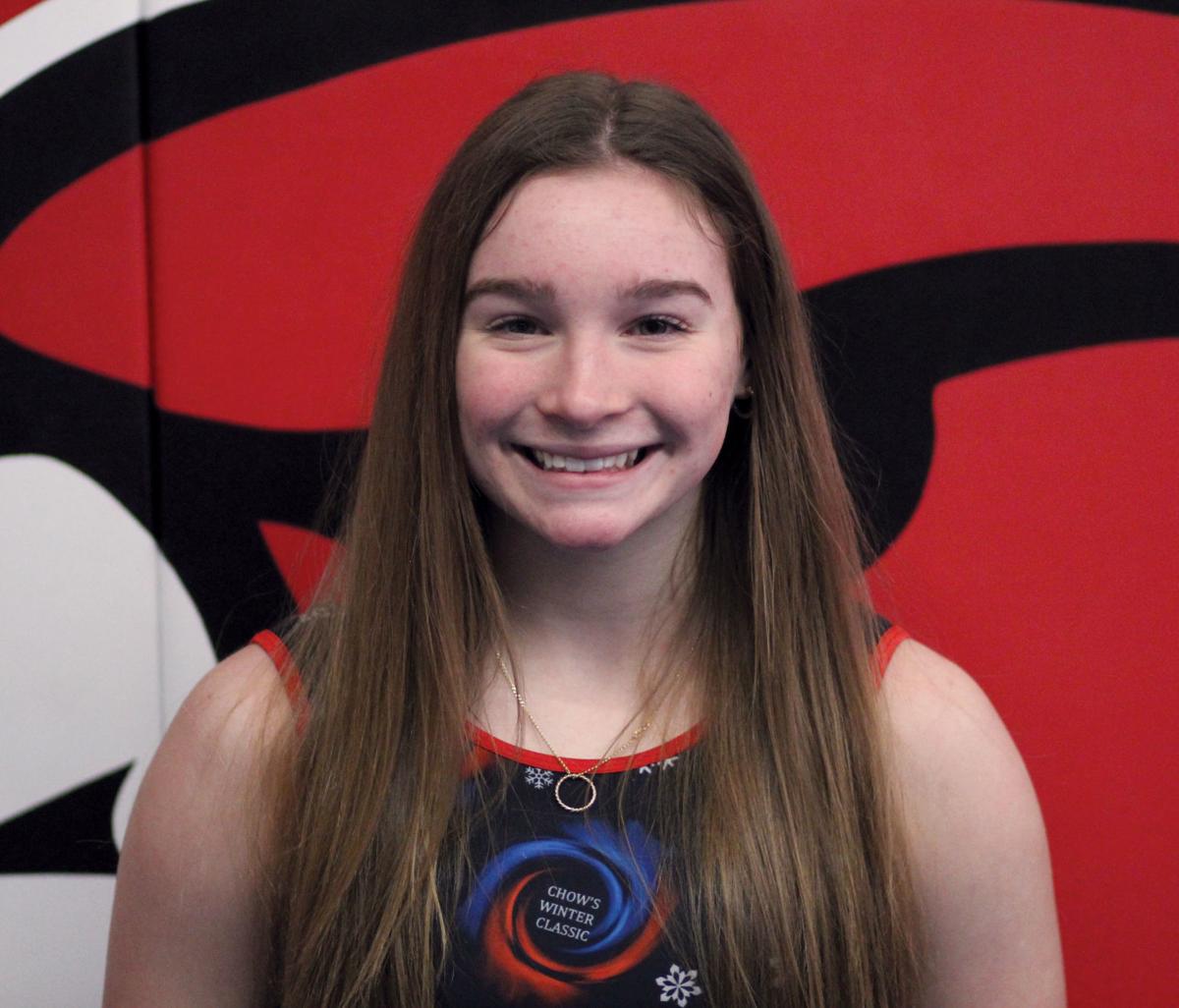 Sophomore Brooke Girard will be one of the Milton/Edgerton gymnasts to compete at the WIAA Division 1 state meet Friday, March 7, in Wisconsin Rapids.

Sophomore Brooke Girard will be one of the Milton/Edgerton gymnasts to compete at the WIAA Division 1 state meet Friday, March 7, in Wisconsin Rapids.

Kristine Farnsworth would have been hard pressed to believe that her team would be at a Monday practice on March 2.

The Milton/Edgerton gymnastics head coach lost 2019 team MVP and junior Lindsey Heitsman to a season-ending injury before competition began and the Red Hawks were still adjusting from transitioning from Division 2 to Division 1 — a move made in 2018.

But on Monday, March 2, Farnsworth and her team took to the mats to prepare for the WIAA Division 1 state meet.

“If you would have talked to me the night before our first invitational and told me that we would be going to state at the end of the season, I would have said you’re off your rocker,” Farnsworth said. “It shows the character of the kids. Not letting a couple injuries get them down.”

Milton tied for second at a WIAA Division 1 sectional in Burlington on Friday, Feb. 28, to advance to the state meet as a team for the first time in nine years.

The Red Hawks scored a 138.9, which tied Burlington/Badger. The sectional was a far cry from Milton’s season-opening score of 127.9.

“The first few meets were pretty rough, we had a lot of injuries to start,” Milton senior Caroline Burki said. “Finding out Lindsey would be out the whole season was really tough. But I thought we came back really strong.”

“I remember our first meet wasn’t very good, I don’t think anyone was thinking we were going to state,” said Milton freshman Hannah Dunk, who also qualified for state individually on the vault. “But we got better as we went on.”

The Red Hawks peaked in the regular season with a 139 on Jan. 28. It was the fourth-highest total score in program history and the Red Hawks also set the school record on the balance beam with a 36.55.

Edgerton sophomore Ireland Olstad said it was after the Norday Invitational on Feb. 15 — where the Red Hawks scored a 137.175 and faced a large portion of sectional teams — she felt like there was a chance at the state meet.

“I don’t know if we knew it was in reach until Mukwonago,” said Olstad, who qualified for state individually on the balance beam. “We realized we were able to beat teams that we didn’t think we could.”

Along with Burki, Dunk and Olstad, sophomore Brooke Girard also has been a key piece for Milton this season — meaning three of the four Red Hawks’ top four all-around contributions are either a freshman or sophomores.

Part of Burki’s job this season was leading a young group of gymnasts.

“It’s been really fun to share my experiences, especially toward the end of the season where people are getting super nervous,” Burki said. “I just had to tell everyone not to put too much pressure on themselves.”

She’ll likely have a similar sentiment when Milton competes in its first team state meet in nine seasons at the WIAA Division 1 team state meet Friday, March 6, in Wisconsin Rapids.

“Super excited to get back. It’s been nine years,” Farnsworth said. “A lot of things have changed since the last time we’ve been there. To do this in D1 is a huge accomplishment. We have a few goals — hitting that 140 and placing higher than any Milton team has ever placed before.”