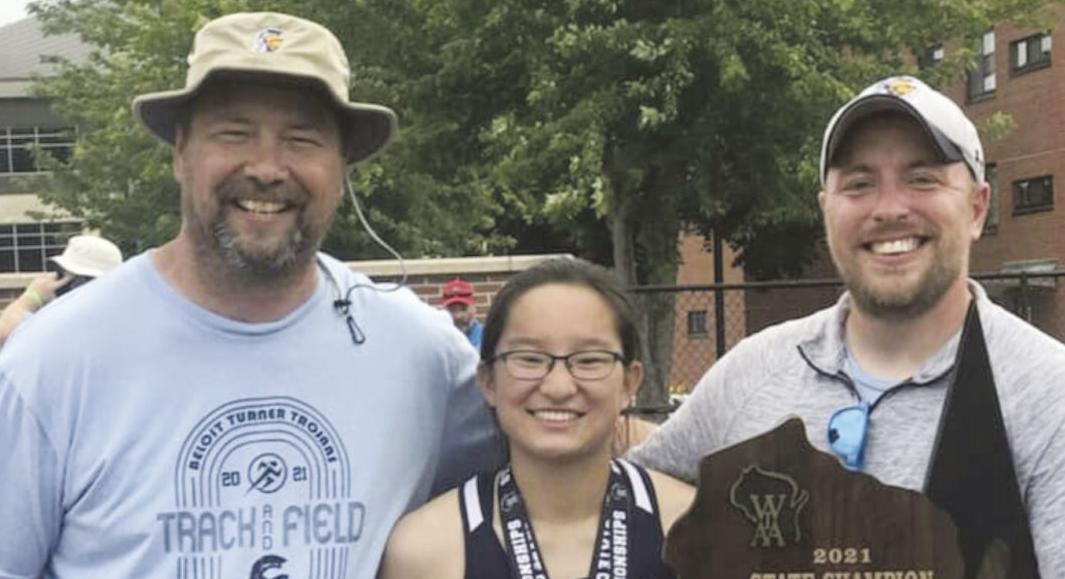 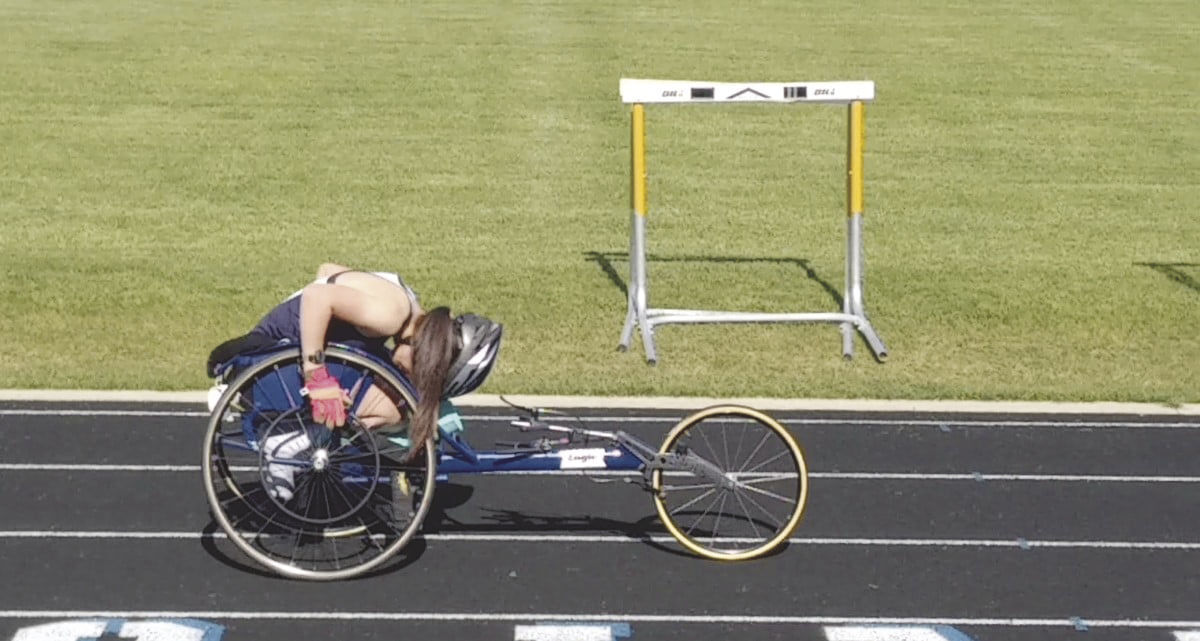 Rachel Cleaver participated in the 100-, 400- and 800-meter wheelchair this past track season. 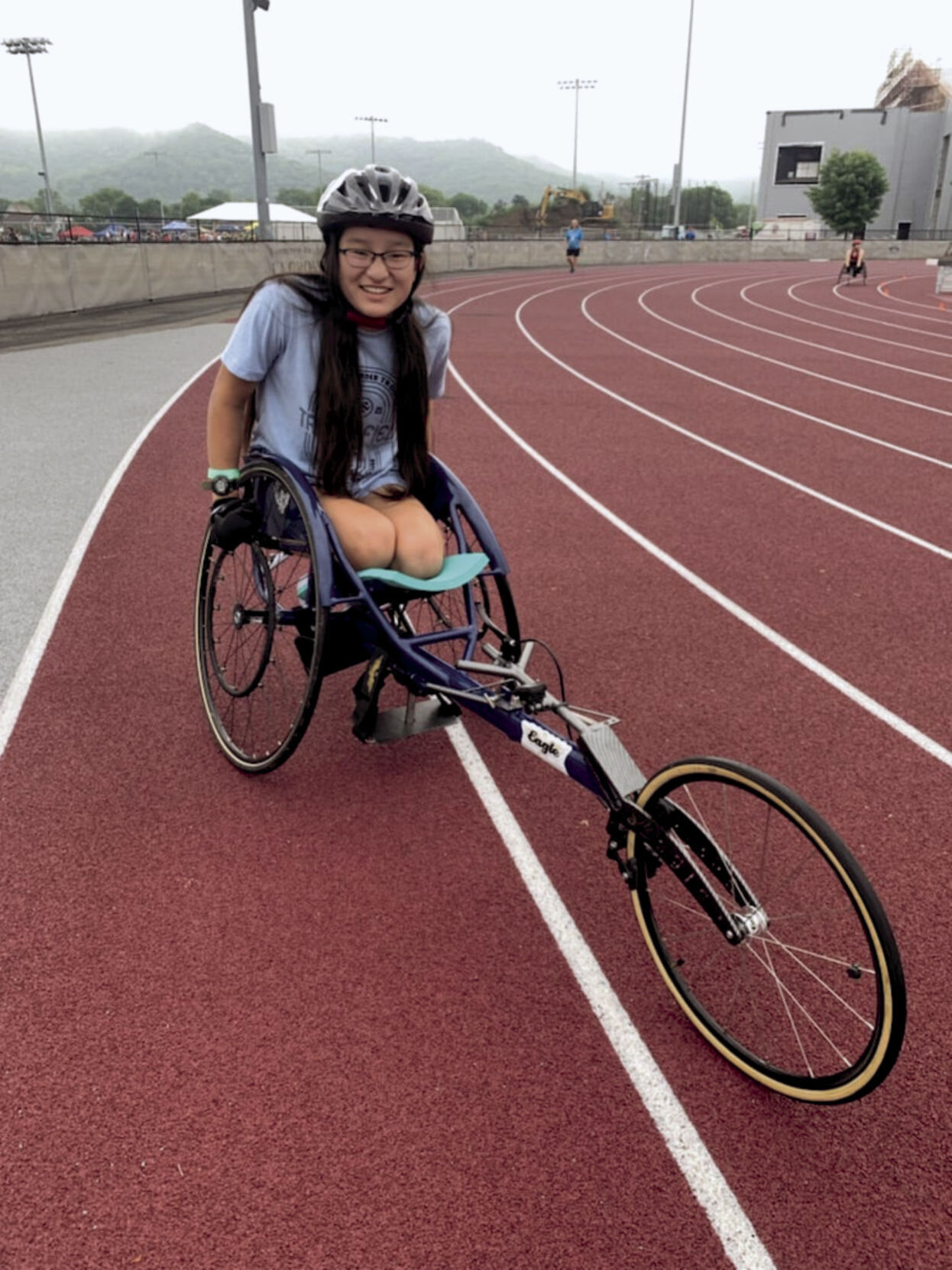 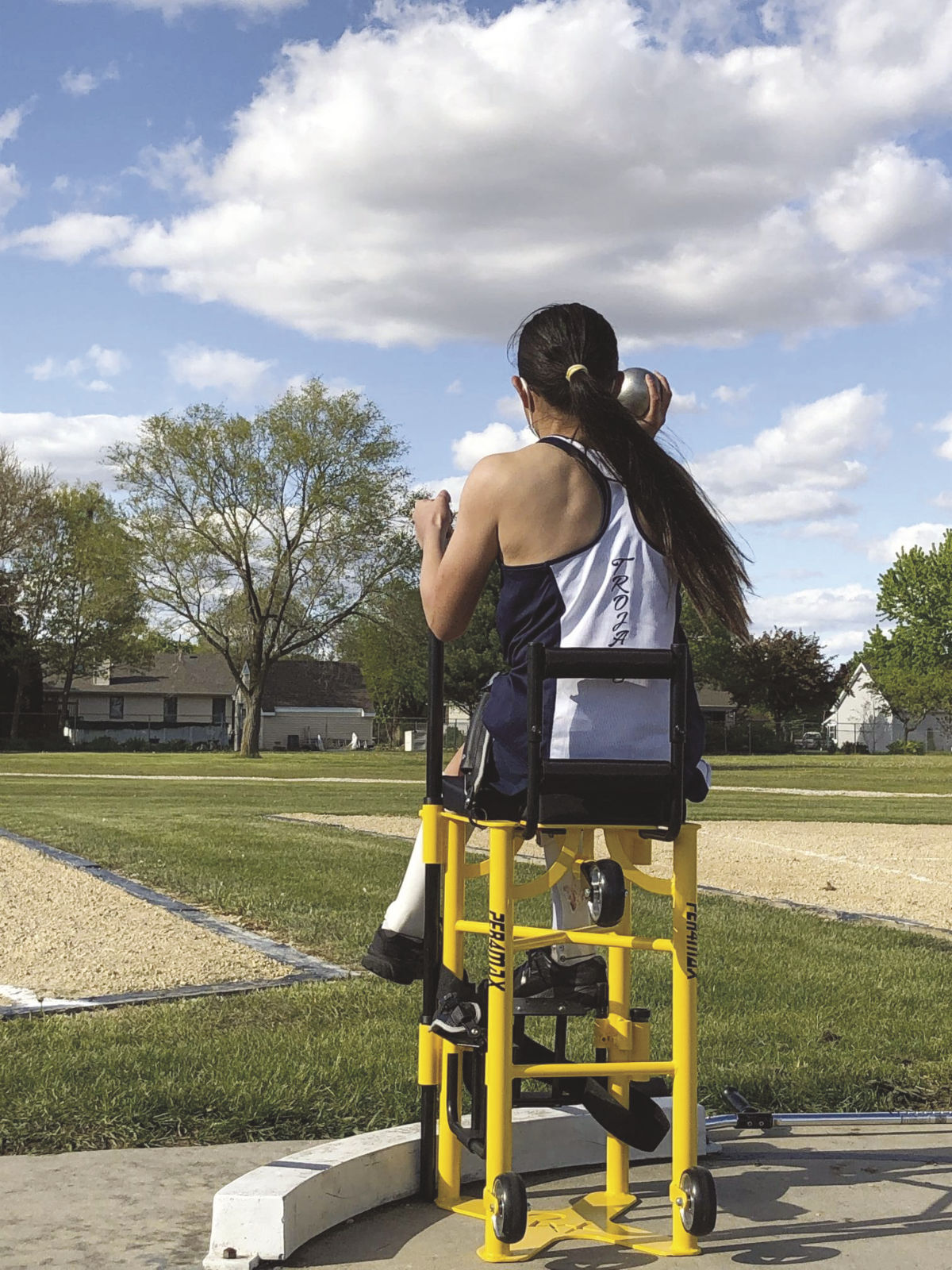 Rachel Cleaver participated in the 100-, 400- and 800-meter wheelchair this past track season.

The Milton Courier found out about Cleaver because she’s a Scout in BSA Troop 7417, sponsored by The Connecting Church – Milton Seventh Day Baptist.

Beloit Turner girls head track coach Nolan Otremba had thought Cleaver might make history. Before the state meet, he told Adams Publishing Group that she could break the state record in shot if she did as well as she had in sectionals.

Otremba said: “If you looked at her, you wouldn’t necessarily think she’s going to be a shot-putter, but she’s put in a lot of time in the weight room, and she’s strong. She’s definitely one of the hardest workers in our program.”

Before state, Cleaver described throwing has been an ongoing process.

“It was tough at first, but I’ve been getting a ‘PR’ by about a foot in every meet,” Cleaver said. “And that’s really my goal for all the races: Just to set a PR.”

Her favorite event continues to be the 800-meter.

“I like how you can go out and pace yourself in the first lap,” Cleaver said. “And then go as hard as you can in the second.”

She said her keys to winning shot put at state were “just working at it, practicing almost every day and getting in the weight room.”

Cleaver said she enjoys the competition.

Her mom, Deborah, said she likes to show people she’s a lot stronger than she looks and believes the time her daughter spent in the weight room made a noticeable difference.

And, her friends are in track. “It’s a social thing, too,” Cleaver added.

The daughter of Darrell and Deborah Cleaver of Beloit is a Life Scout and is working on achieving Eagle Scout rank. She has a fitness merit badge and enjoys kayaking, swimming and hiking and camping.

“She likes being active,” her mom said.

Rebecca Kanable contributed to this story.