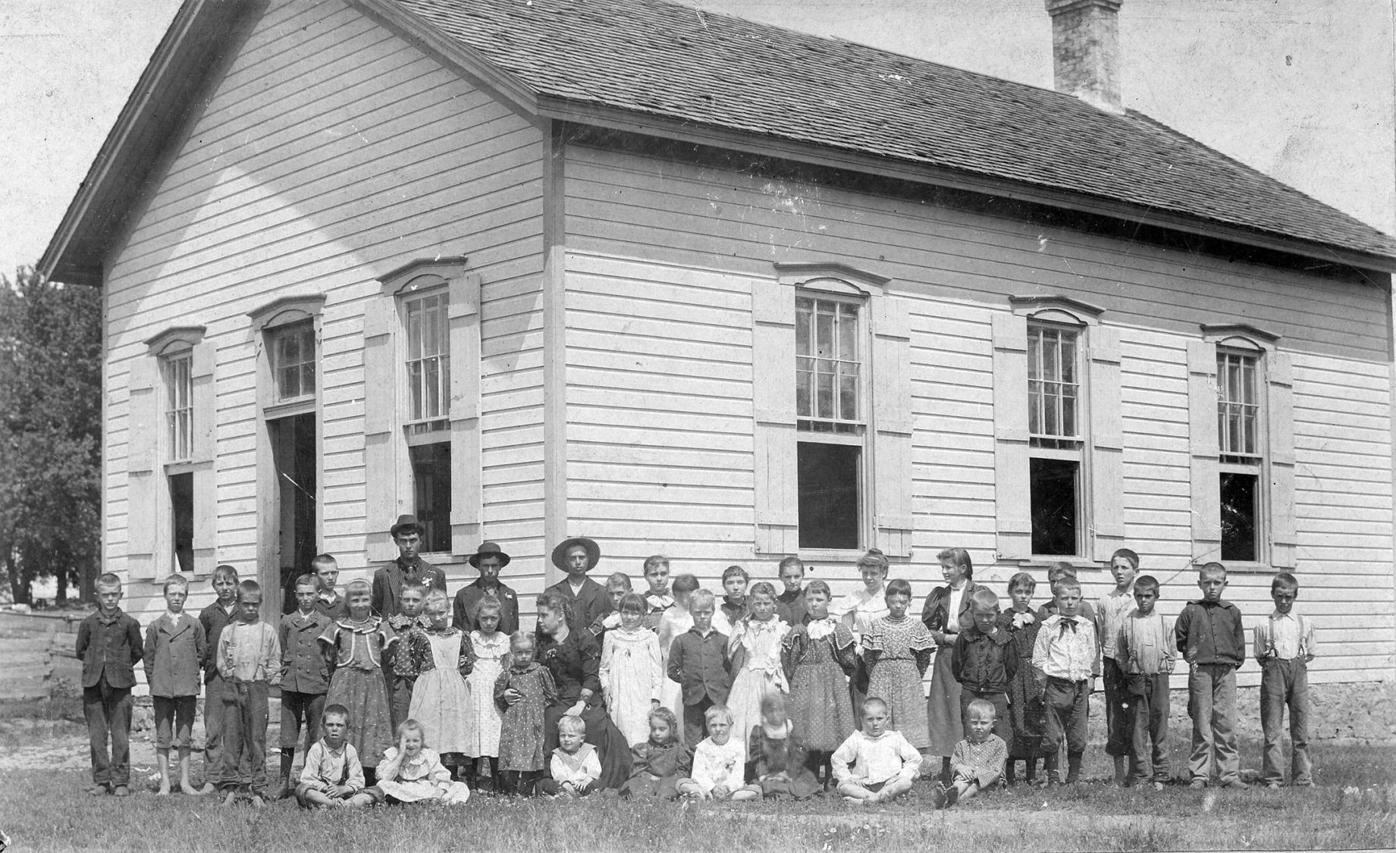 Students photographed in 1891 stand before the Rock River Schoolhouse built in 1871. The structure was lost to fire in 1941 and replaced that same year. 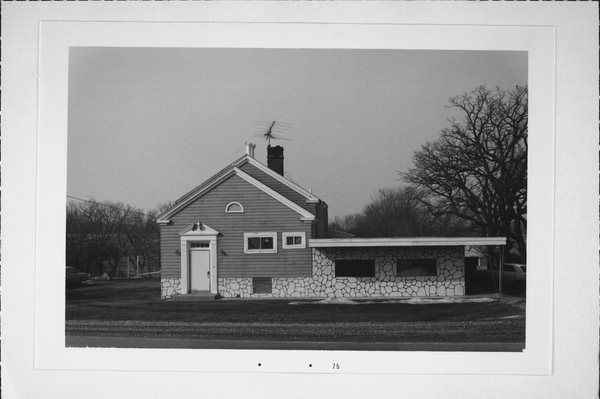 The Rock River School, as it appeared in 1975, shows the 1941-built structure with an addition thought by local historian Clark Kidder to have been built by the Loren and Joan Moore family.

Students photographed in 1891 stand before the Rock River Schoolhouse built in 1871. The structure was lost to fire in 1941 and replaced that same year.

The Rock River School, as it appeared in 1975, shows the 1941-built structure with an addition thought by local historian Clark Kidder to have been built by the Loren and Joan Moore family.

The Rock River School, built in 1941 and located until Saturday at the corner of County Road N and State Road 59, closed its doors in 1965, but the old edifice still had lessons to teach, Meg Schmitz-Layton said. She, and her husband, Peter Layton, purchased the property last September to make way for an expansion project at Tallgrass Restoration LLC, 3129 E. County Road N.

“My mother was a member of the Wilmette (Illinois) Fire Commission for 30 years,” Schmitz-Layton said, adding that she understands the value of firefighter training. After purchasing the old structure, she said, she invited members of the Milton Fire Department to use the building for training.

For nearly six months, she said, area firefighters used the space to practice firefighting techniques. Among the exercises they practiced, Schmitz-Layton said, firefighters learning to locate and rescue people within smoke-filled areas. Pointing to impromptu corridors built within the basement, she said, firefighters filled the void with smoke, creating real-world simulations.

A final lesson came Saturday when firefighters assembled and burned the estimated 3,000-square-foot structure to the ground. It was not the property’s first fire.

On April 28, 2018, the blaze that took the Rock River School was purposefully set, but 77 years ago, on April 28, 1941, Clark Kidder – area historian, author, filmmaker and former owner of what is today the Tallgrass Restoration company’s Milton location – said, a blaze that took the then-1871-built schoolhouse was an unplanned and destructive event.

A neighbor to the west of what would become the Kidder farm was George N. Coon, Kidder said, and he deeded the land in the southeast corner of his farm in the 1800s for the purpose of a school. A schoolhouse was built, but later deemed unsafe. In 1871, the unsafe building was razed and a new one built.

In the 1970s, Kidder said, the 1941-built structure was made into a home. “The Loren and Joan Moore family lived there,” Kidder said. A photograph taken in 1975, which he obtained from the Wisconsin Historical Society, depicted the original building with a one-story addition, which, he said, he believed was added by the Moore family.

While living on his family’s farm, in the 1990s, Kidder said, he recalled the building was a church.

Sharing a photograph of what would become the Kidder farm taken in 1913, Layton said that the property’s original farmhouse was razed by firefighters shortly after he purchased the land in 2003. Remembering the photo, Kidder said, the red barn on the Tallgrass Restoration property is the only building left from the original farm, purchased by his grandparents, Earl and Emily Kidder in the early 1940s. A metal pole shed was built in the 1970s. Clark, his father, Warren, and his grandparents operated the farm and ran several businesses from the location, Kidder recalled.

“We were diversified; we had crops and a farm market that was considered an institution. Grandpa Earl and Grandma Emily purchased what was then called the Rock County Mellon Farm. They had a vegetable stand. Then my dad expanded that, and I was his partner. We had a fur company, and we operated a game farm for a while — The Kidder Game Farm — where you could shoot game birds for a fee. Dad and his dad were police officers, Dad in Milton Township,” he said, adding that he also served as the police chief. His grandfather served in Fulton and Milton townships, he said.

A native of Milton, now resident of Janesville, Kidder said: “I spend the first 39 years of my life on that farm. I wouldn’t trade growing up on a farm for anything. It was a wonderful experience.”

The farm was sold at auction Kidder said, recalling it as one of the first real estate auctions in Rock County. Richard Lust, a former partner of Bob Johnson of Badger State Auction Company, was the auctioneer, he said.

Tallgrass to expand its Milton location