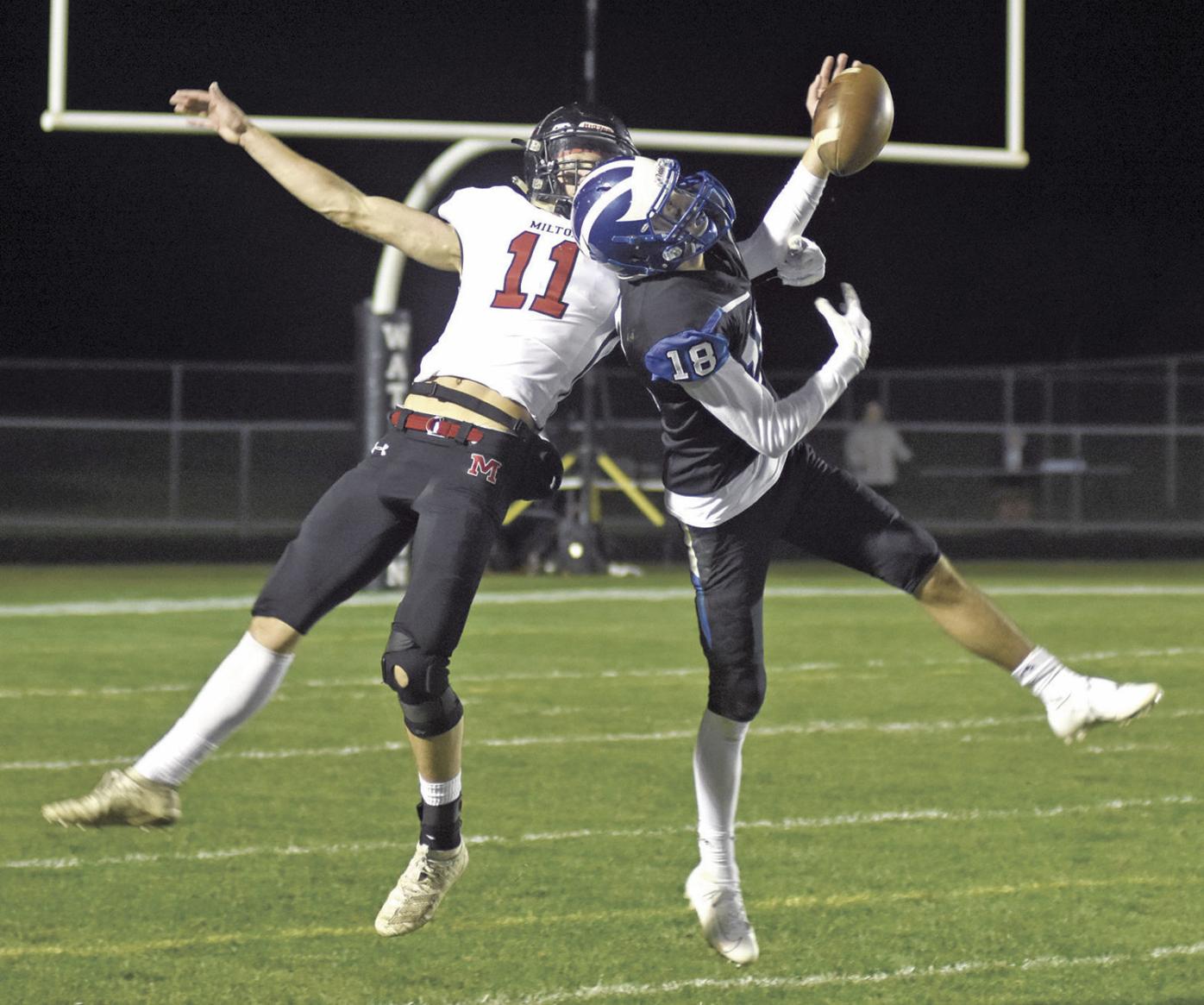 Senior safety Ben Soergel attempts to knock down a pass during Milton’s 41-27 victory over Watertown Oct. 18. The victory gave the Red Hawks a share of the conference title. 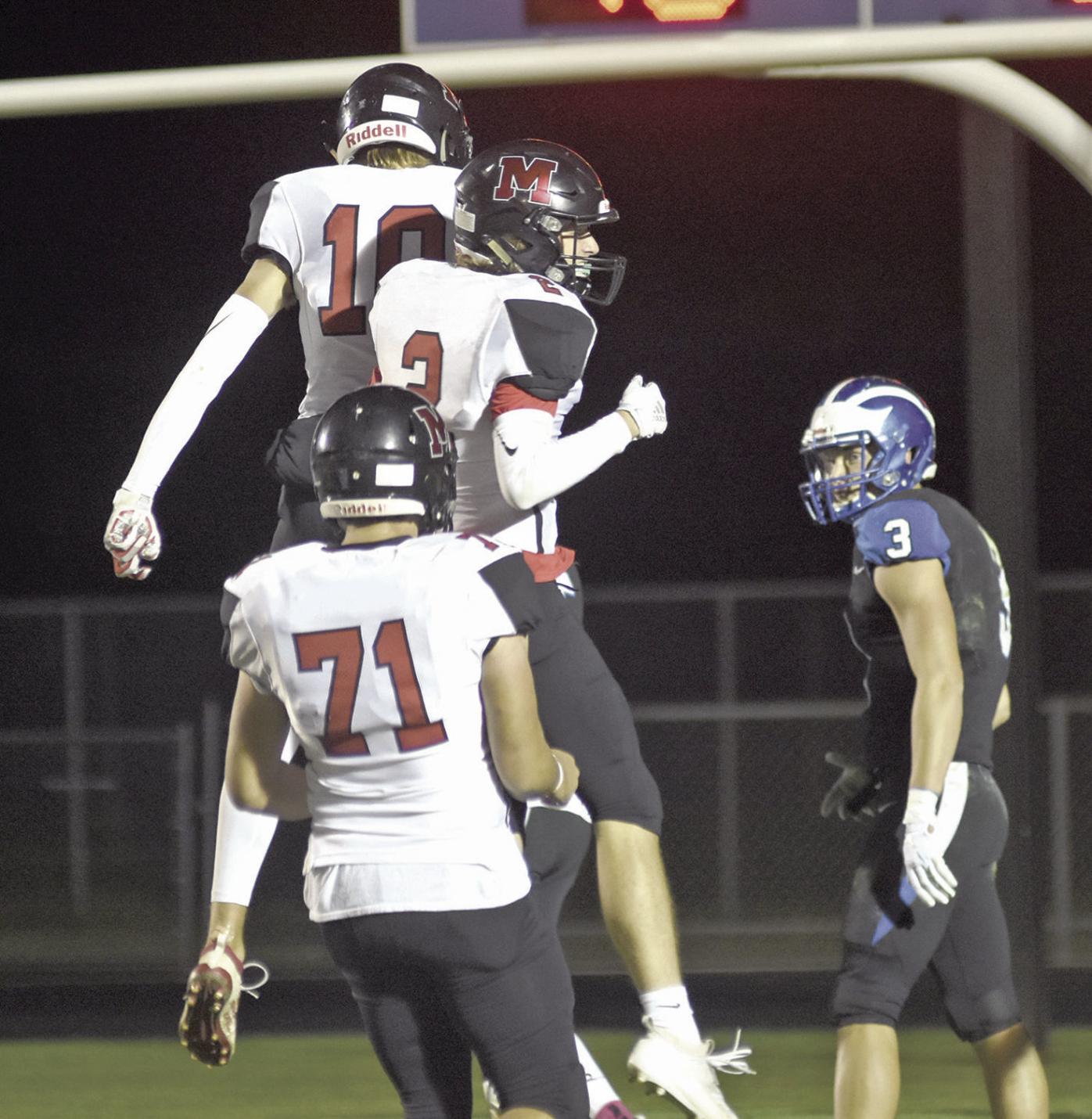 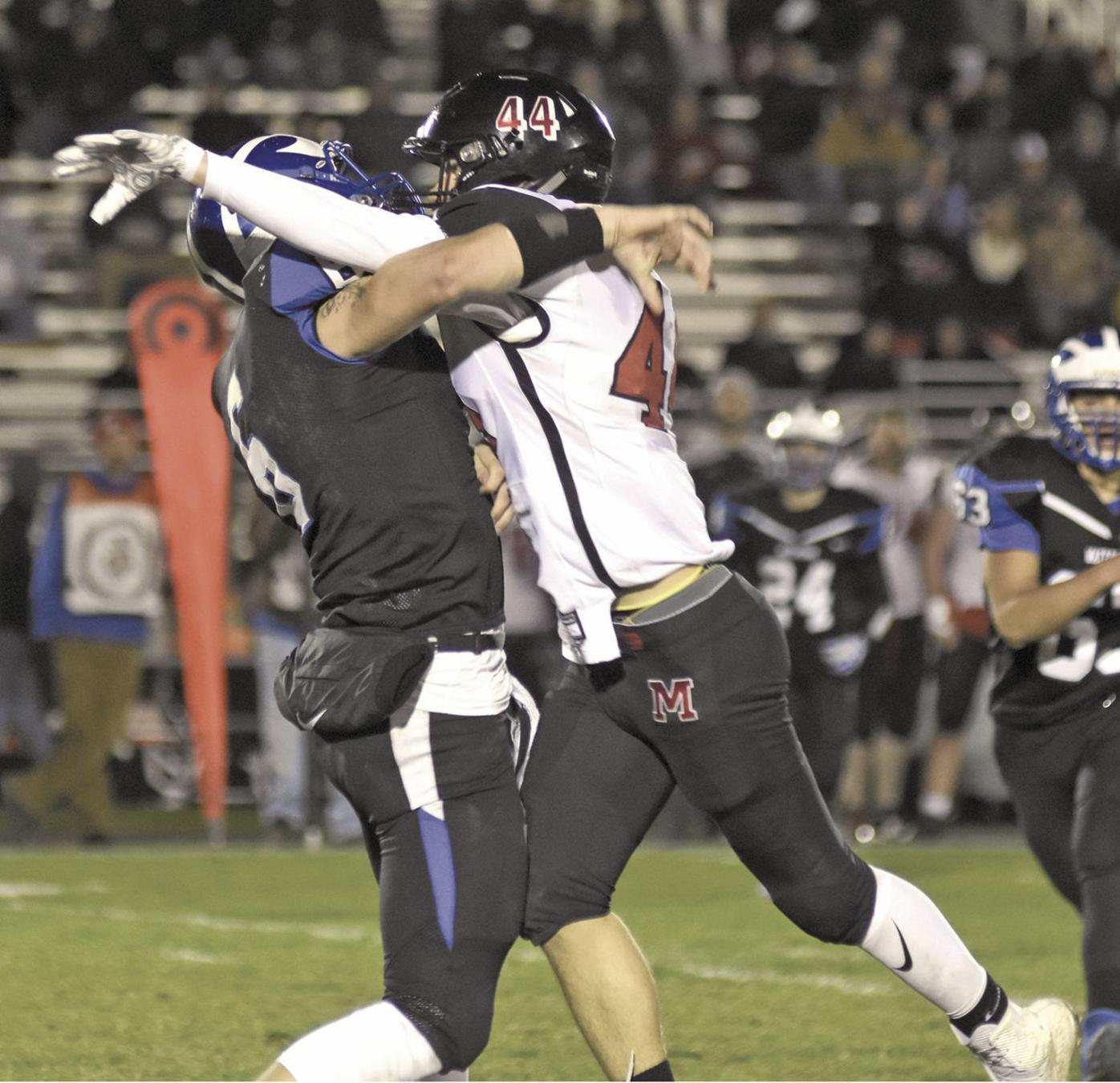 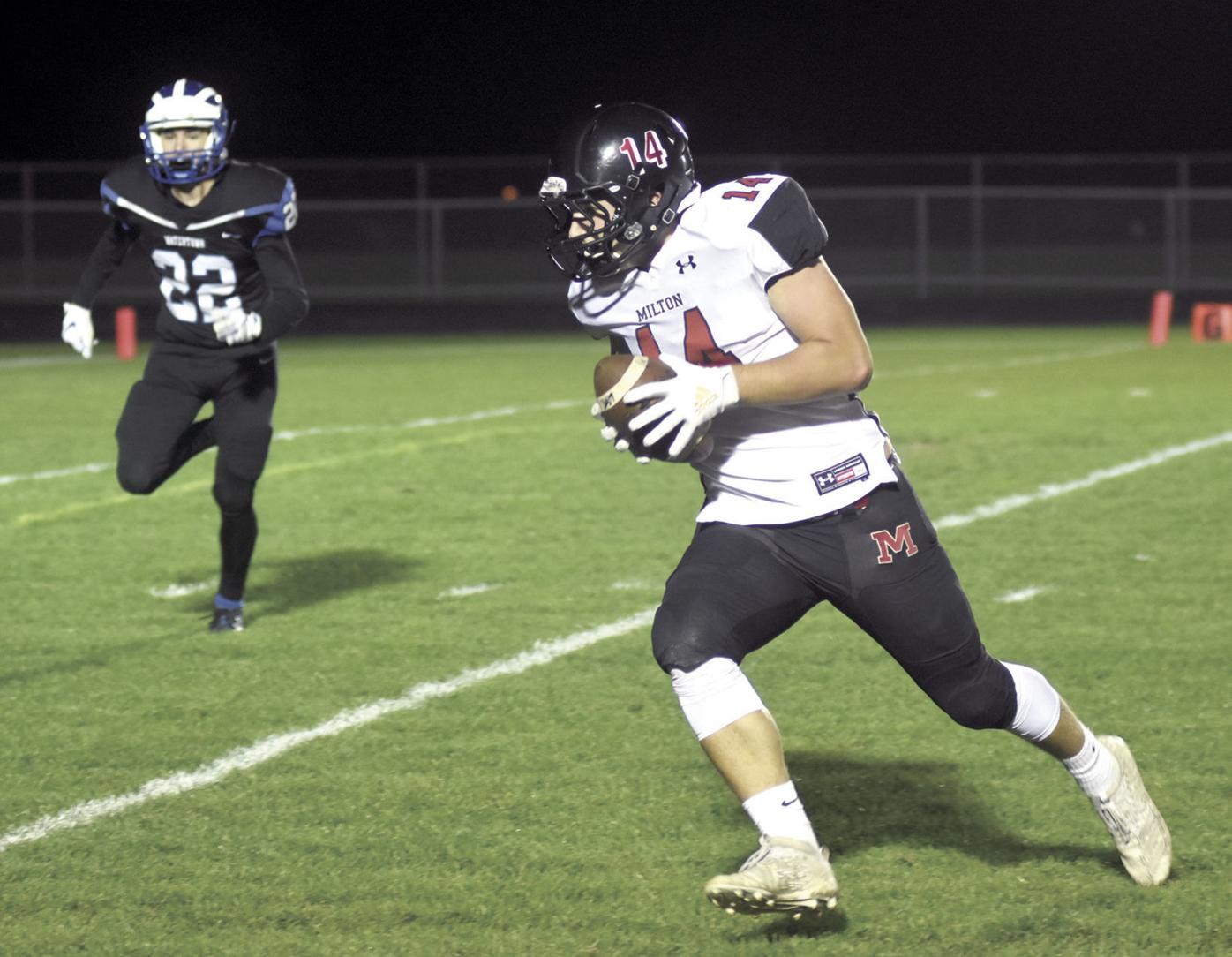 Senior safety Ben Soergel attempts to knock down a pass during Milton’s 41-27 victory over Watertown Oct. 18. The victory gave the Red Hawks a share of the conference title.

It made sense for Watertown to force Milton kicker Luke Hessenauer to retry a free kick, but it sure backfired.

Moments after Milton surrendered a safety to see its lead trimmed to 14-12 late in the first half, Hessenauer launched the ensuing free kick out of bounds at the Goslings’ 40-yard line.

Hessenauer responded by drilling the next attempt over the return team near the goal line. Then, the junior linebacker recorded a sack and got in on a punt block which junior linebacker Logan Knudsen recovered in the end zone.

The Red Hawks would close the first half with two touchdowns in less than a minute and went on to beat Watertown, 41-27, on the road Friday, Oct. 18, to clinch a share of the Badger South title with Stoughton.

“I got really mad (when they made me re-kick) and it led to the production on defense a little bit,” Hessenauer said. “I think that was my farthest kick of my life. We go hard on punt block in practice every week and we try to block it every time and score a (touchdown) every time.”

Junior quarterback Evan Jordahl hurt Watertown with his arm in the first half with two touchdown passes to junior receiver John Storlid, and finished the Goslings with his legs with two back-breaking touchdown runs in the the third quarter. He completed 5-of-7 passes for 132 yards and led Milton (8-1, 5-1) in rushing with 12 carries for 157 yards.

Watertown (6-3, 4-3) hung around with senior quarterback Ethan Pauly’s 327 passing yards. He threw an 18-yard TD pass to senior receiver Cade Oiler early in the third quarter to trim the lead to 28-18. Jordahl responded with a 73-yard touchdown run off a quarterback draw. After Pauly responded with a 73-yard scoring pass to senior receiver Kory Stas, Jordahl answered with a 32-yard touchdown run in which he rolled left looking to pass, then sprinted back to his right and raced in untouched to make it 41-24 late in the third quarter.

“Coach came up with that (draw) play this week and he told us to trust the read,” Jordahl said. “He told me to look them off and I just went. (The next touchdown), that was a designed pass. That brings me back to a game in Stoughton. I did the exact same thing and it really helped our team with the game.”

Milton first-year head coach Rodney Wedig knew he was coming into a good situation and praised his team for earning a share of its first conference title since back-to-back co-titles won in 2014 and 2015.

“These kids, all year, it’s not always pretty and we definitely made things interesting tonight, but I’ll tell you what, we have a good team,” Wedig said.

The Red Hawks finished 3-6 in each of the last three seasons, but the junior class knew it could be successful at the varsity level.

“Being this successful at this level has meant so much,” Jordahl said. “My grade’s always done well in our career, freshman and JV and now, it means so much more that people are seeing us now for who we really are.”

Hessenauer savored the moment as well.

“It’s been really amazing this year,” Hessenauer said. “Coaches, teammates, we’ve all come together. My brother was on 3-6 teams. I feel this is kind of for him too and other guys who didn’t get this. I feel like we were good today.”