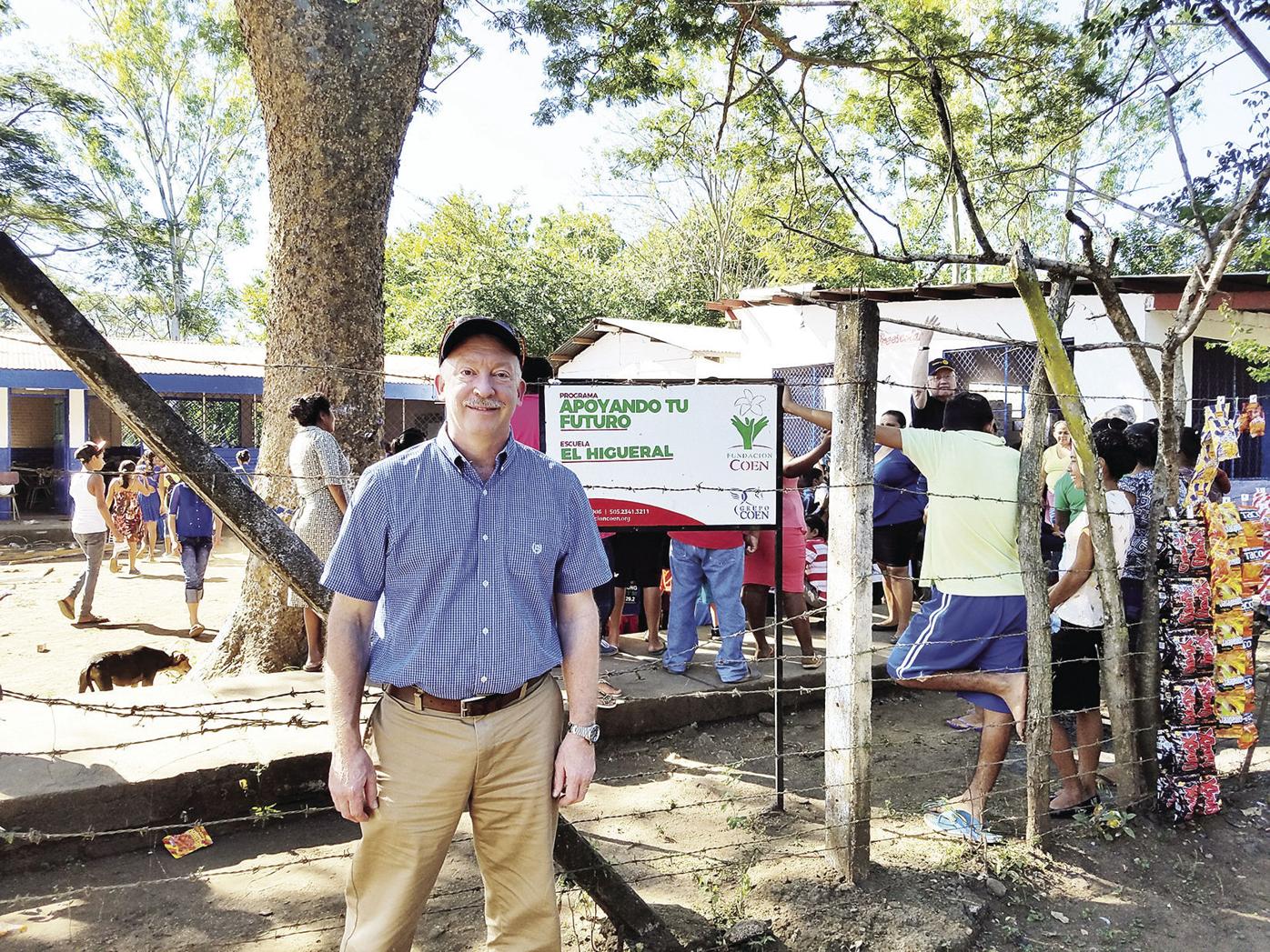 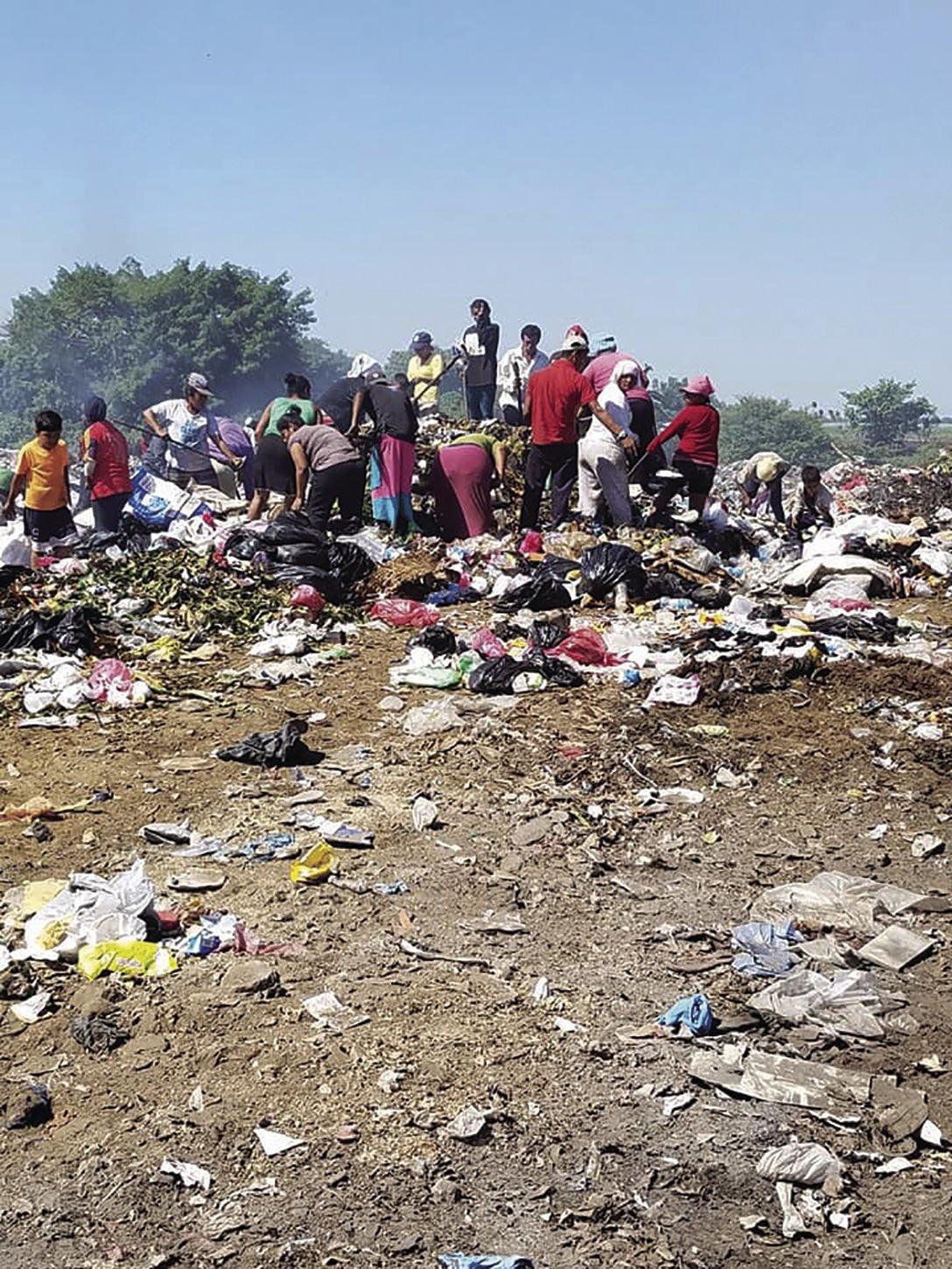 Rotarians from across America got together to supply a school lunch program that would keep students in school for the remainder of the day instead of helping their parents and other relatives “harvest” the dump in Nicaragua.

Rotarians from across America got together to supply a school lunch program that would keep students in school for the remainder of the day instead of helping their parents and other relatives “harvest” the dump in Nicaragua.

If you were a student and had an hour for lunch, where would you go? The neighborhood grocery store to pick up a deli sandwich? A fast-food restaurant? Home to eat with family?

Or how about the local dump, hoping to find some half-rotten food or recyclables or used clothing that could be sold?

That’s what used to happen in the community of Chinandega, Nicaragua, until Rotarians from across America got together to supply a school lunch program that not only would provide nutritious food, but also keep students in school for the remainder of the day instead of helping their parents and other relatives “harvest” the dump.

Rotarian Dave Warren, past Rotary District 6250 governor and current district foundation chair, has made four trips to Nicaragua to assist with this project and has seen the difference that the Rotarians, and the Hope and Relief International Foundation they helped start, have made to the Nicaraguan students and their families.

He got involved through the Janesville Noon Rotary Club, to which he has belonged since 2000.

Warren, who is the owner of Dave’s Ace Hardware in Milton, returned from his most recent trip Dec. 20. He said that his trips to Nicaragua and visits with the truly wonderful people there have given him a real sense of perspective and gratitude.

Warren made the most recent trip on his own, but he also has traveled to the same area of Nicaragua in past years with his wife, Lori Warren, the Spanish teacher at Fort Atkinson High School, whose Spanish fluency has proven a real asset.

The project had its impetus 20 years ago when a Rotarian was invited by a priest in the Chinandega area to view the community’s open dump. The American visitor was distressed to see how many people relied on scouring through other people’s garbage to support themselves. There were working-age people, old folks and children.

This spurred the Rotarian to put together a coalition to help the people of the impoverished town.

That’s how a group of Texan Rotarians came to build a school, situated right next to the dump, for the local children. But the school had no money to offer meals on site, and while the children came to be educated in the mornings, they wound up back in the dump during the lunch “break” and often did not return to the school for afternoon instruction, instead staying to help their families pick through the trash.

In stepped a new group of people to help address this new need. Among those helping were four Rotary Clubs in Rock County that formed a “Kids Against Hunger Rock County” project. The group raises money for food and supplies to needy people on three levels — locally, through the area food pantry; on the national scale, especially in the wake of natural disasters or other emergencies, and internationally, as in Nicaragua.

Through the years, the Kids Against Hunger group has prepared over 5 million prepackaged, easy-to-prepare rice casserole meals, and 200,000 of these per year have gone to the Hope and Relief International Foundation, forming the basis for the new hot lunch program in Chinandega, Nicaragua.

Warren made his first trip to the impoverished Nicaraguan community in 2012. Being able to see the difference this program has made to the schoolchildren has kept him coming back.

“It really puts things into perspective,” he said.

During the one-week visit, Warren and the other American visitors stayed at a local Nicaraguan hotel, which he described as the equivalent of a low-budget Motel 6.

Along with assisting the schools, the group also has helped to support a local shelter for pregnant women, and has provided scholarships to deserving students who have gone through the local schools, offering $1,500 per year for graduates to attend college.

The scholarship program has been under way for some time, and it, too, has made a measurable difference for the residents of the Chinandega area.

“Many of the students who were digging in the trash when they were children have now gone on to college on these scholarships, and some of these have gone on to become doctors or engineers,” he said.

The trip would not be complete, however, without a visit to the impetus of the entire thing — the dump. It’s still there, hazy with flies and a rotten smell, filled with broken glass and other hazards, with small children running barefoot throughout.

But according to people who have been involved with the program for some time, where there once were hundreds of people digging in the garbage, the number is now significantly reduced, and other avenues have opened up for the local schoolchildren.

“We are making a measurable difference,” Warren said.

Another project many American Rotary clubs have gotten involved with in the same Nicaragua community is making “Christmas boxes” that go to students at the Chinandega school who have maintained good attendance and at least a “B” average in their classes.

“In April each year, the foundation gets a census that lets us know how many students have qualified,” Warren said. “Then in December, these students will each receive a Christmas box worth about $50, filled with clothes, basic necessities like toothpaste and toothbrushes, combs and brushes, and, of course, some toys,” he said.

The boxes are assembled by Rotary Clubs from across several states.

“Every December, a group of Rotarians go and see the school and pass out Christmas boxes,” Warren said. “The students are actually on break at that time — it’s like a summer break for them — but they all come back, with report cards in hand, to receive their boxes. They don’t want to miss it.”

The addition of a healthy, internationally supported lunch program at these schools, in combination with the incentive students now have to maintain good attendance, have made an incredible difference.

Warren said the school has gone from a dismal 20-percent attendance rate to more than 90 percent.

“Some of these poor schools have the best attendance rate in Nicaragua,” he said.

Warren said it’s really moving to be among the Rotarians making the Christmas Box deliveries. For the children and their families, it’s a big occasion, he said, and many want photos with the Rotarians, even though most residents don’t personally own cameras.

“They want a record of it,” Warren said. “I must have 200 pictures of the students and the things going on there.”

The same folks who are involved with the other Hope and Relief projects in the area also have come to the community’s assistance following natural disasters such as Hurricane Mitch.

“That was devastating to the area,” Warren said. “This organization came in and helped displaced people (rebuild) their villages.”

He said that visitors worked with the local residents to teach them how to build their own homes, using donated supplies the international organization had collected.

This cooperative effort resulted in the construction of more than 500 low-cost homes. The deed to each home was presented to the oldest woman from the family who would be occupying the house, and conditions were placed on the deed stipulating that the home could not be sold until the youngest child in that household reached age 16 — in order to guarantee that the homes were used responsibly and for the intended purpose.

“I love being a Rotarian,” Warren said. “Rotary does such great work in the world, and it has opened up so many doors for me, from hosting eight kids through the Rotary Youth Exchange to projects like this one.”

Warren said the work of Rotarians, of the Hope and Relief Foundation and of Kids Against Hunger fits right into the stated goal of Rotary International, which is to promote peace and understanding throughout the world.

The website for Kids Against Hunger – Rock County Rotary, Incorporated is www.kahrcr.com.