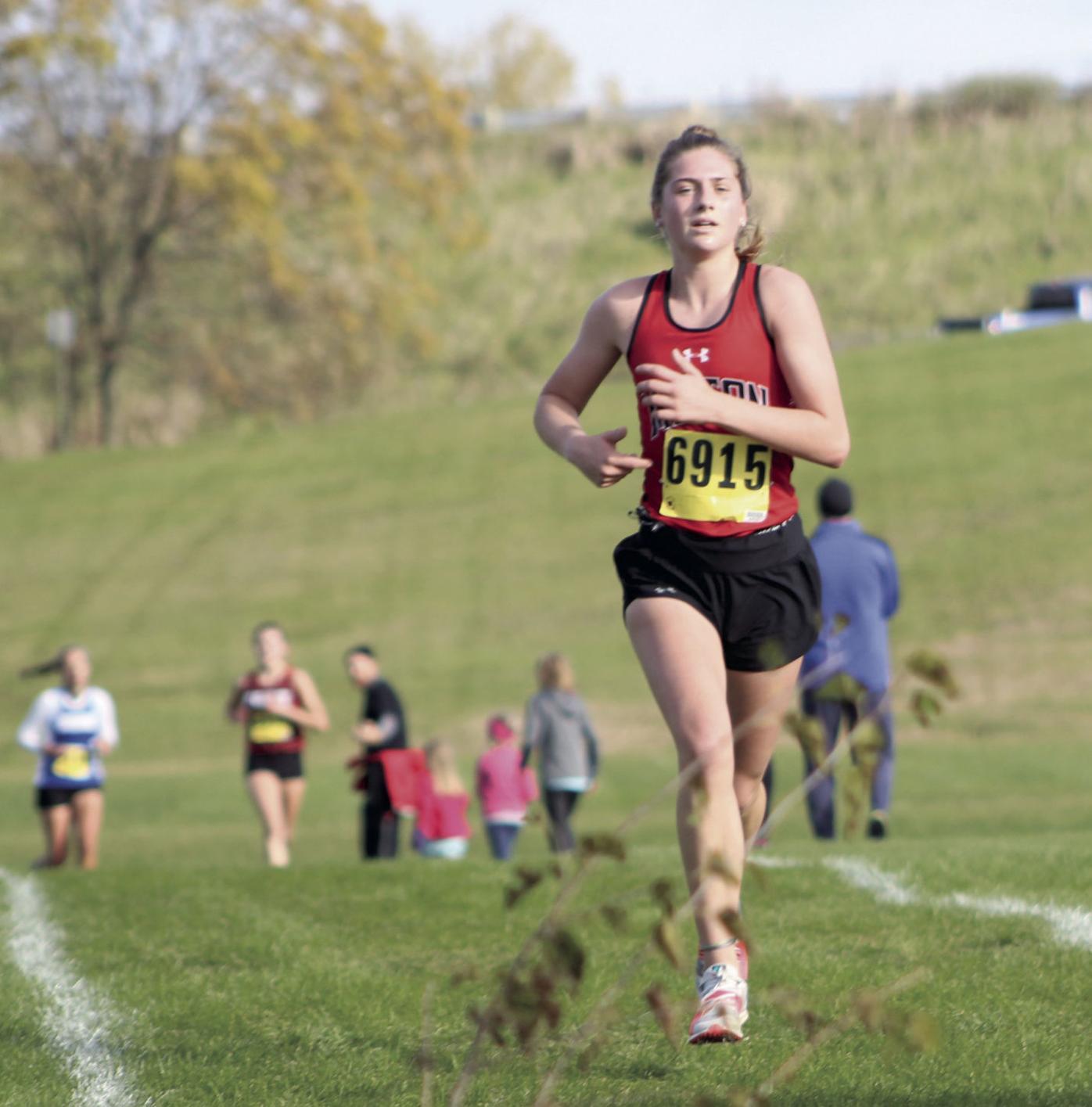 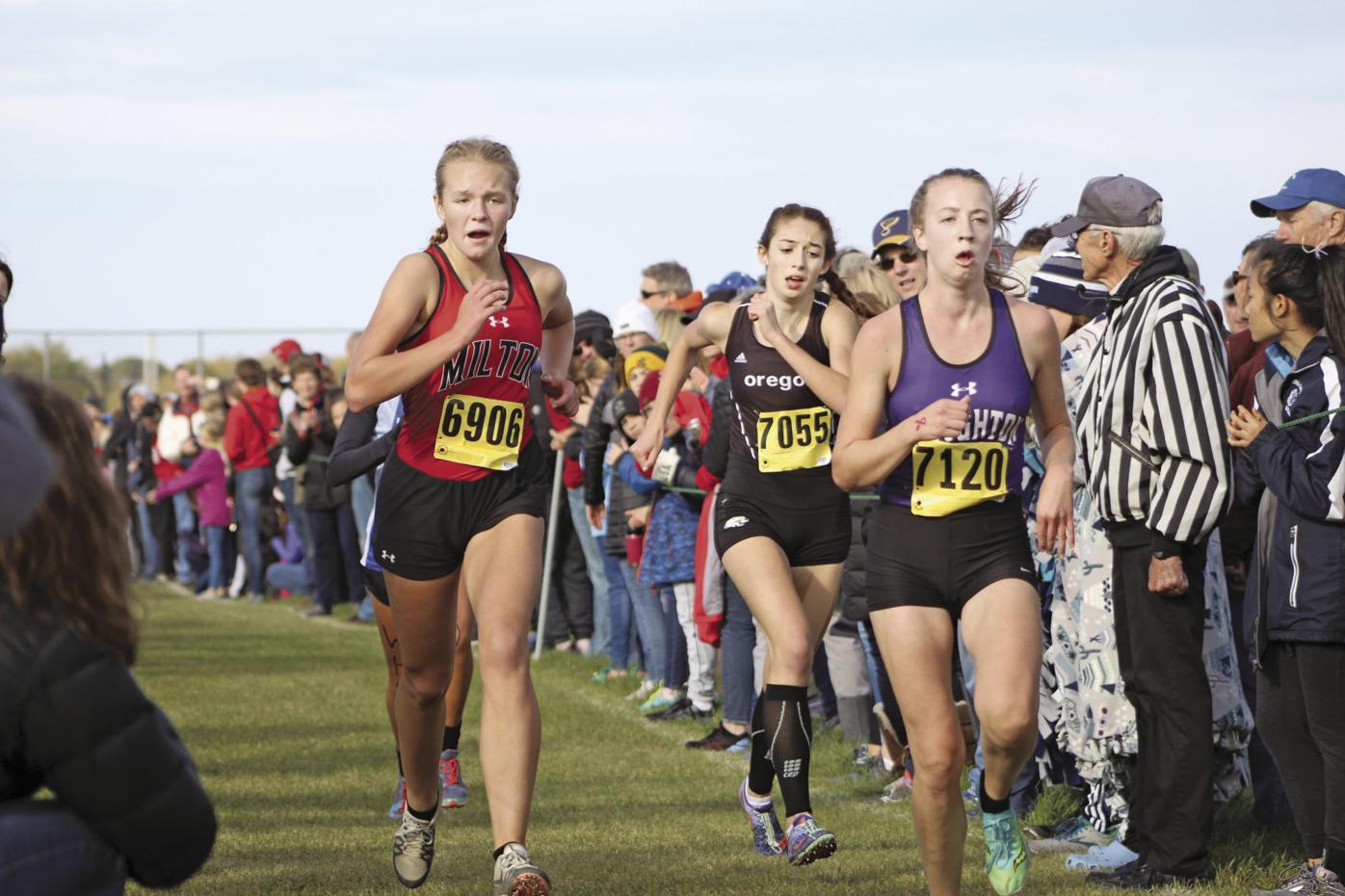 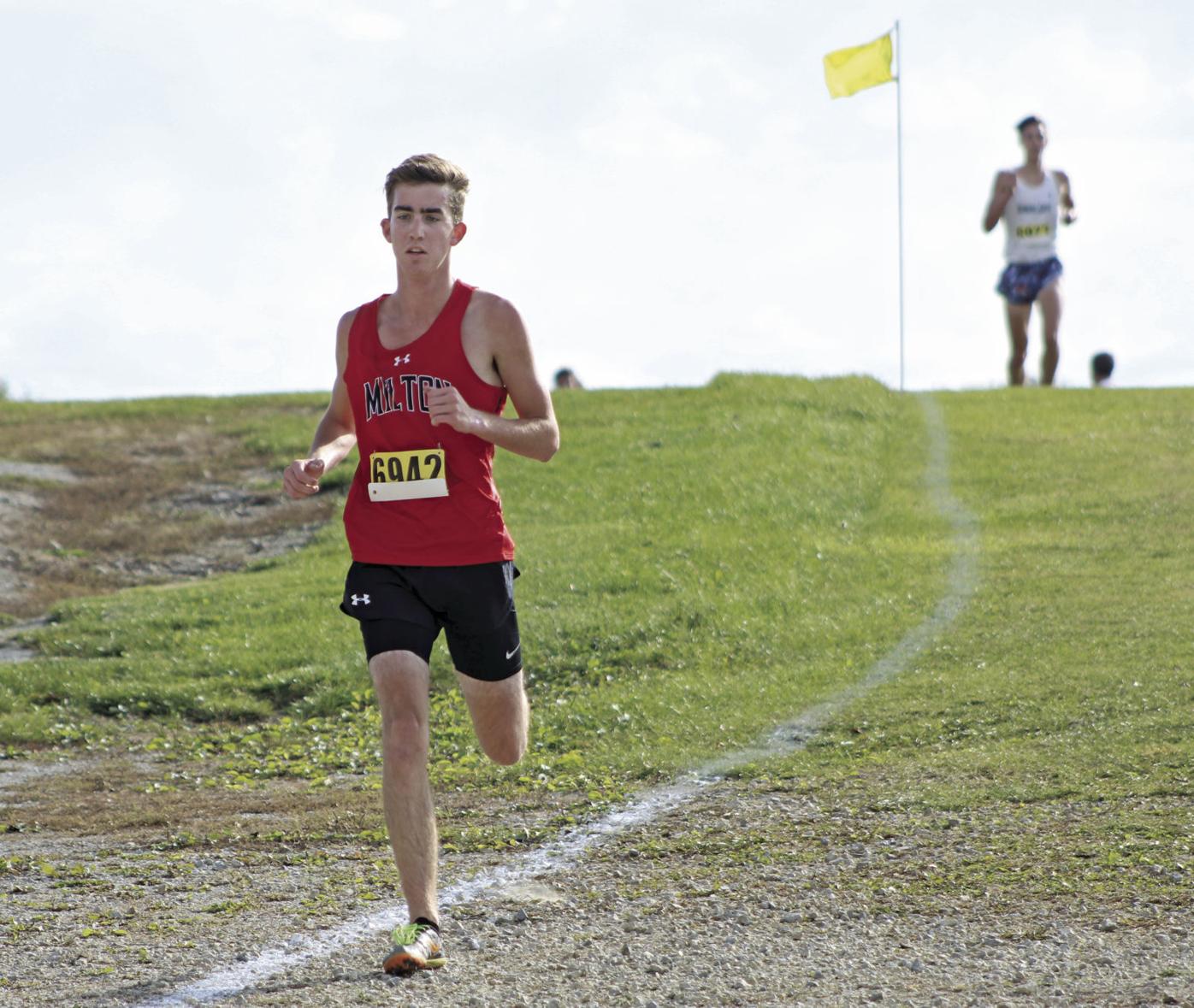 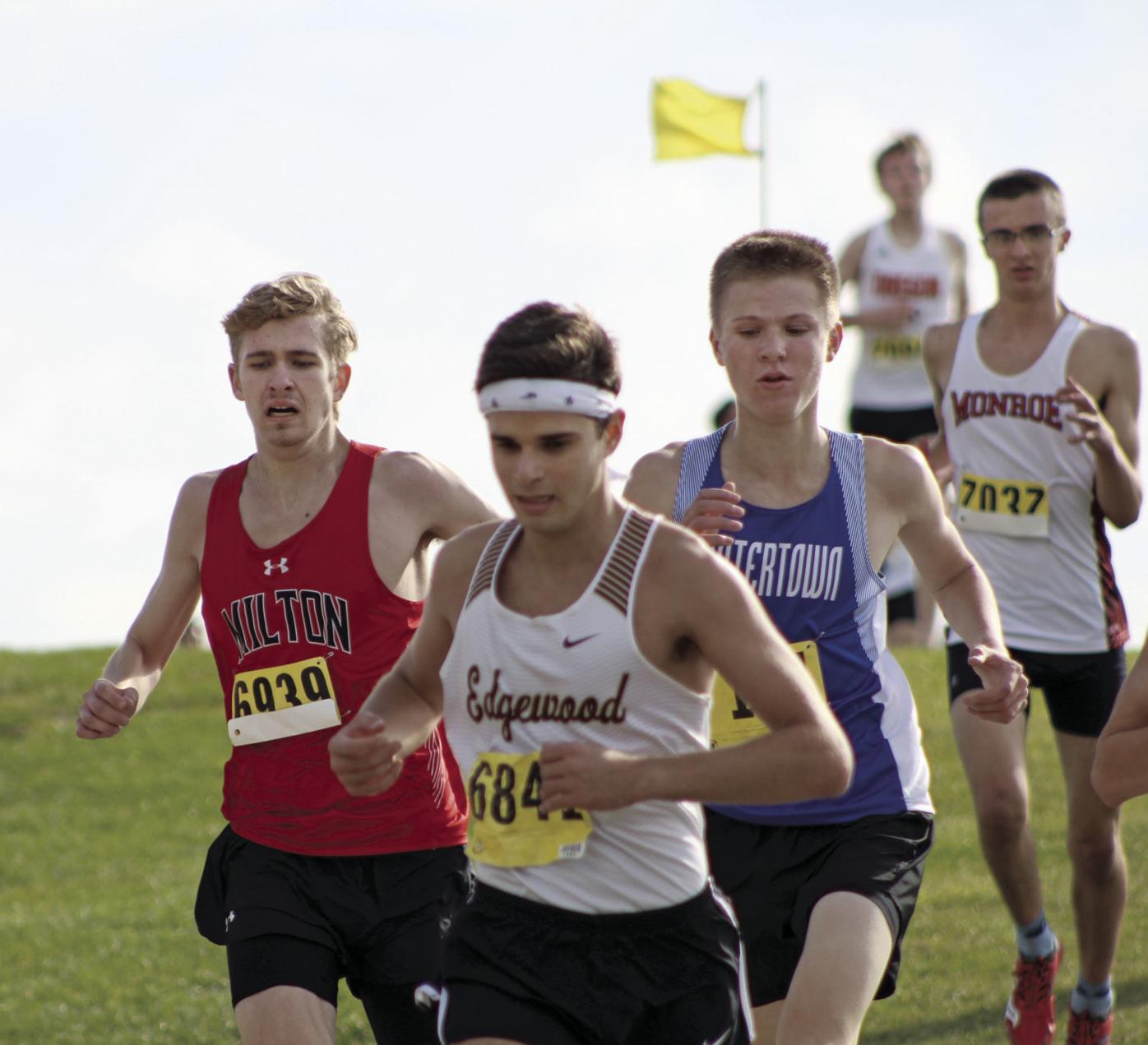 The sophomore duo was able to do just that.

“Mara and Alayna did great jobs, they positioned themselves well,” Milton head coach Michael Roherty said. “Mara was sitting in second team most of the race and Alayna was sitting just outside of second team. They both had huge finishes. Both had season best times as well.”

Senior Devin Woodcock paced the boys to a seventh-place finish and joined Talabac with first-team honors.

Talabac clocked in with a time of 2:01.6 to lead the lady Red Hawks, good for eighth overall. Top-eight finishers earn first-team recognition.

“My goal was to be in the first-team all conference,” Talabac said. “I just went for it. I passed a couple of them and eventually got there.”

“Alayna said about half way through the race she was really starting to feel good,” Roherty said. “She said, ‘I felt like I wasn’t running slow, but I felt like I had exerted a lot of energy. Then she really took off at the end. Mara in the last 400 really took and really solidified herself in the first team.”

Sophomore Allison Johnson finished 34th with a 21:43.4. Sophomores Samantha Benson and Savannah Swopes rounded out the Red Hawks’ top five with finishes of 22:25.4 and 22:49.8, respectively.

Woodcock led the Milton boys effort with his eighth-place finish, timing in at 17:09.7.

“I told him to go out a little faster than he normally does, and I think that hurt him a little in the second half of the race, so I’ll take some ownership of that,” Roherty said. “But, we got a better idea of what the competition looks like and we’re really excited looking forward.”

“This meet was definitely a prerace for sectional to see how I could make my beginning faster so I don’t get cut out at the sectional meet,” Woodcock said.

“The rest of the boys, I was very pleased with how they raced,” Roherty said. “I thought they went out and gave it all they had.”

Up next for the Red Hawks will be their WIAA Division 1 sectional. At last year’s sectional meet, Woodcock finished four spots short of a trip to state.

“It would mean a lot,” Woodcock said. “It would be a great end to my four years of my cross country career.”

“He’s in the zone and he’s really focused on it,” Roherty said. “We had a lot of discussions on that possibility. He’s ready, it’s his senior year.”

The Red Hawks will race in the Kettle Moraine sectional Saturday, Oct. 26, at Naga-WaukeePark in Hartland at 11 a.m.